Marlon Grennan, 28, says four-year-old Ace once stopped him from being car-jacked at a gas station by attacking the would-be robber.

So when his prized dog was left crippled after injuring its knee during training, Marlon didn’t hesitate to fork out $4100 to fix him.

“I don’t even know if I can explain the emotional attachment to this dog. This dog has put his life on the line for me before.” said Marlon, from New Hampshire, USA.

The procedure and recovery feature in the latest episode of Dog Dynasty on Barcroft Animals channel on YouTube.

Ace, a four-year-old American pit-bull terrier, had been top dog at Dark Dynasty K9s - who specialise in training elite protection-dogs for the police, celebrities and billionaire clients around the world.

They made a name for themselves breeding the world’s biggest pit-bull, Hulk, who has become a global sensation.

And while Hulk is the biggest name, Ace is the real ‘super’ dog, according to Marlon.

Ace, who weighs around 85lb, showed early promise as a protection dog and was eventually trained to recognise a variety of weapons including handguns and knives and can run and jump up to second- floor windows.

Marlon says he could 'easily kill a man' if commanded to.

Ace’s skills were even called upon when Marlon felt his life was in danger during an attempted robbery.

“I was at a gas station and I was in my car when out of nowhere a guy approached me and reached in my car and tried to grab me,” said the father-of-two.

“I quickly reached back and rolled down the window and ace jumped out and grabbed the guy by the shoulder.

“He let out the most blood-curdling scream ever. I told Ace to break off and he came back in the car and the guy ran off into the distance.

“Ace save my life. He’s one in a million.”
Ace is still in the process of recovering but is expected to be back to his best within a few months.

American pit-bull terriers lineage can be traced back to the UK where they were typically involved in bloodsports such as bear baiting and bull baiting.

The breed is one the four dog breeds that have been banned in the UK. 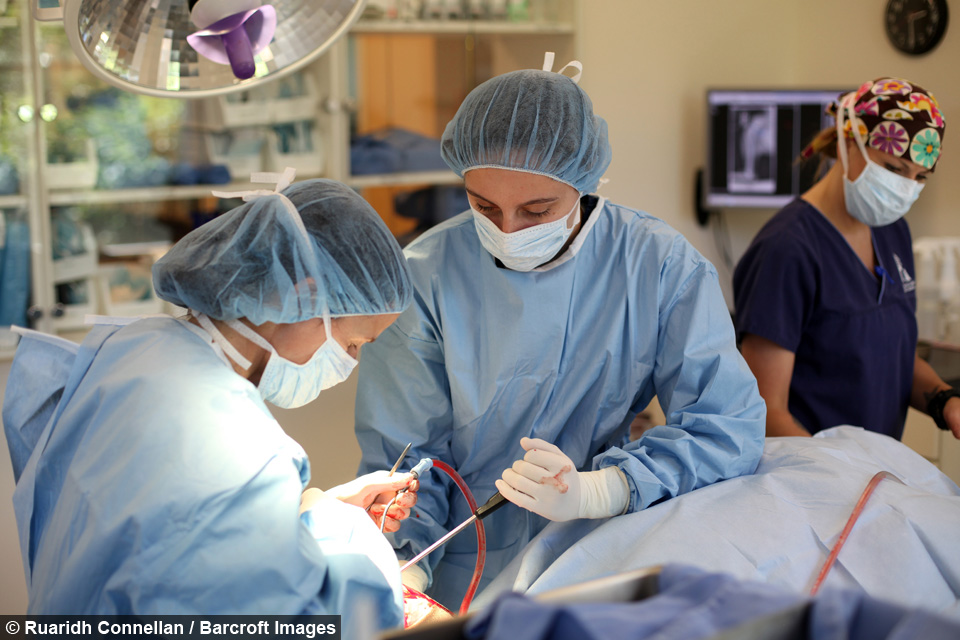 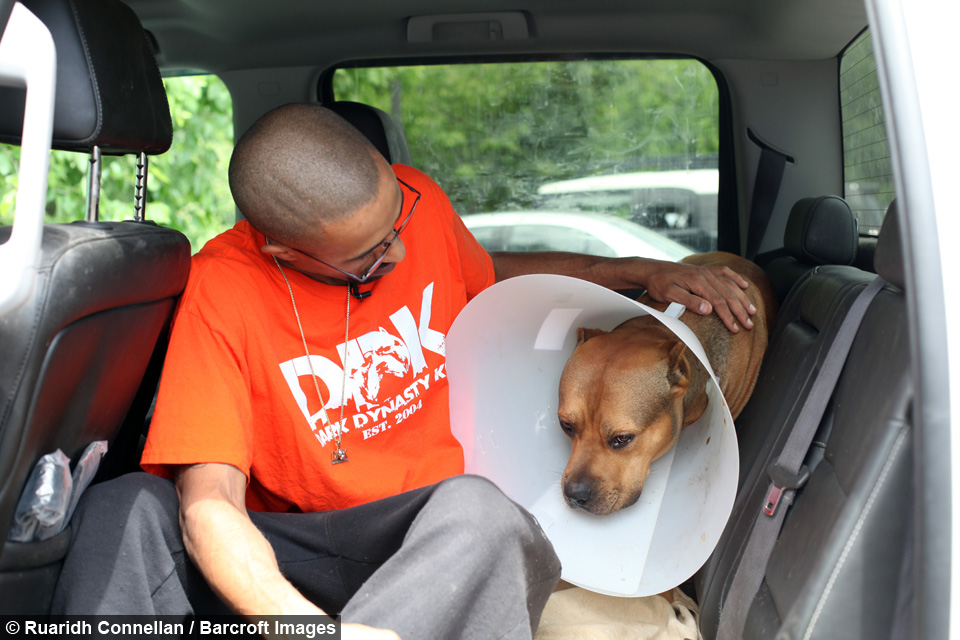 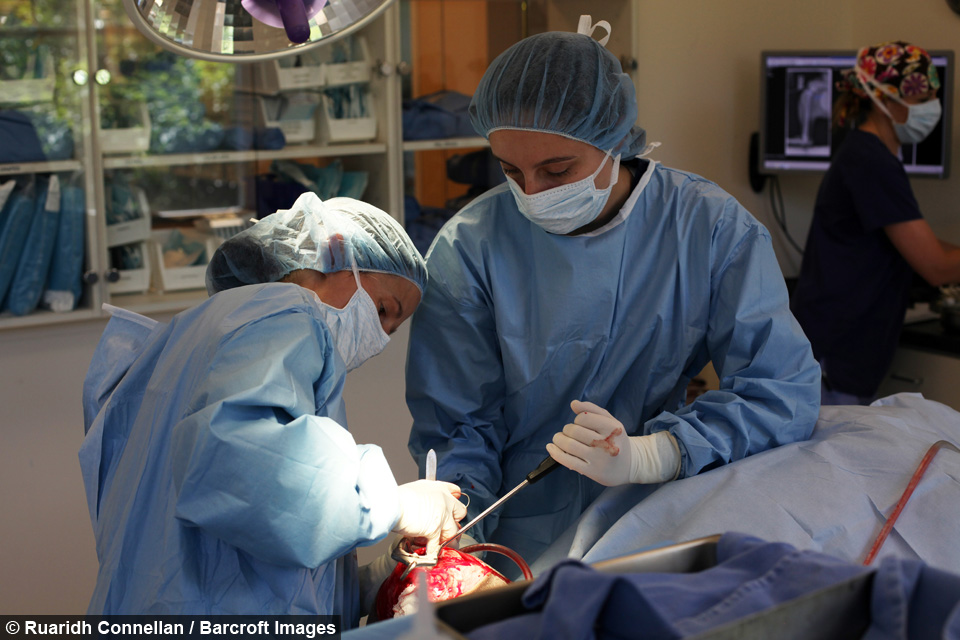 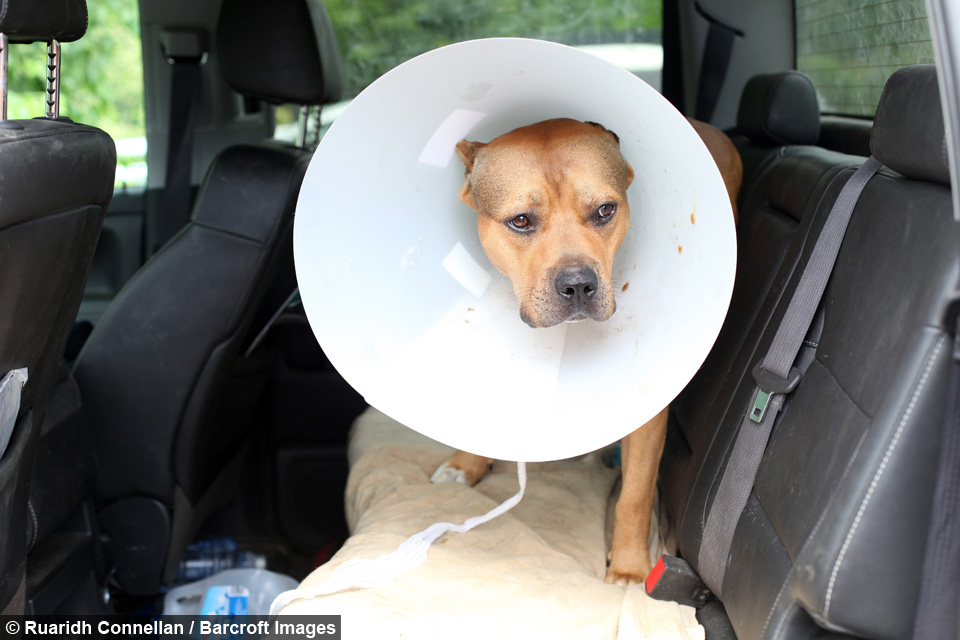 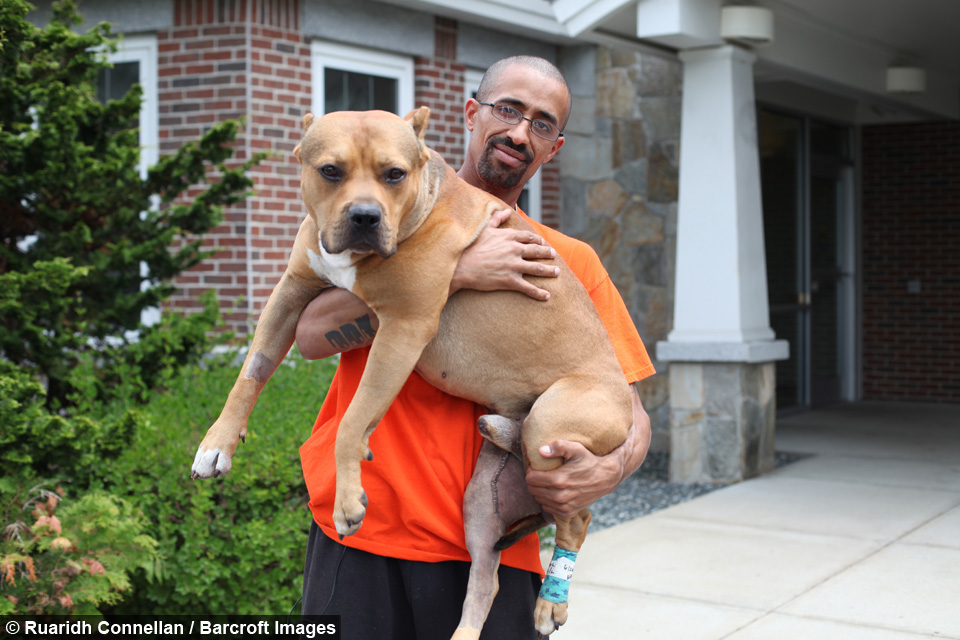 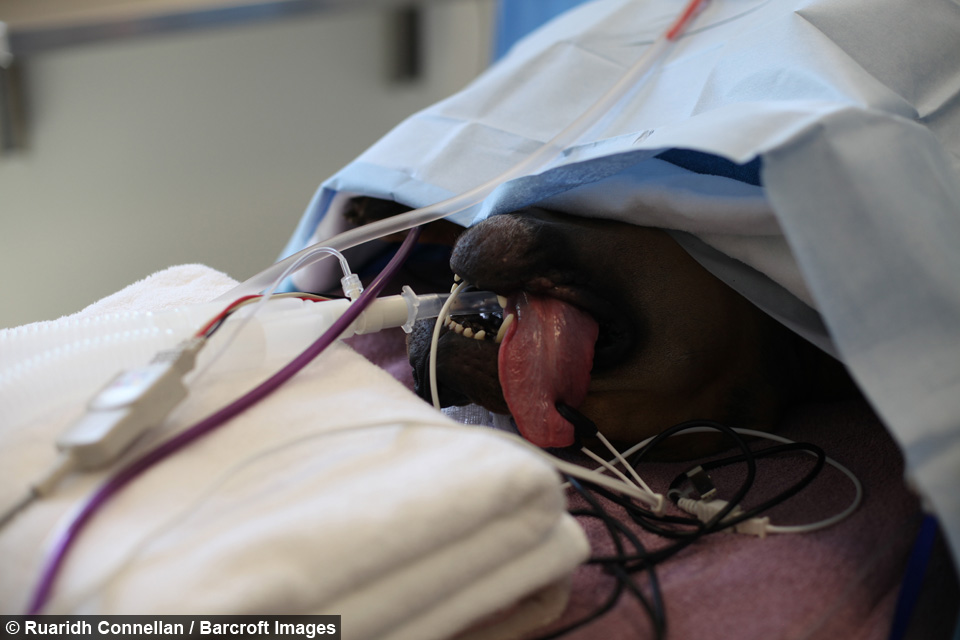