Get a glimpse of a mother's precious litter of cheetah cubs

While venturing across Tanzania’s Serengeti National Park, wildlife photographer Laura Dyer was treated to an uncommon sight - a cheetah denning with her brand new litter of six cubs.

Laura said: “A very relaxed cheetah had given birth a week before our arrival and she had denned in a small tree line on the concession

“All the cats will choose a very secluded spot to have their den, so that the cubs aren’t found by other predators.

“As our luck would have it, the cheetah had chosen a wooded area with some low bushes right on the edge of one of the open plains.”

With only one available angle to snap some shots of the precious family, Laura had to contort herself into position through a tangle of leaves and twigs.

Laura said: “My first thought was that it was a poorly protected site to hide cubs, but in reality as soon as you pulled slightly back from the tree line she was perfectly invisible.

“The cubs themselves are very dark, with closely spotted fur which gives them fantastic camouflage, and allows them to hide pretty well even in plain sight.”

During her two week trip, the group spent three days revisiting the cubs and watched as they grew from eight to 11 days old.

The South African born photographer said: “While watching them it felt like time stood still and we easily passed two hours on each drive without even noticing

“Cubs are born blind and basically useless and by day eight were still unable to see properly.

“A few had opened their eyes, but they couldn’t yet focus them and would just climb all over one another with their tiny legs and claws tying to get a spot in the middle of the pile to sleep.”

Parked just a few metres away, the group were able to listen as the tiny cubs called to each other and scrambled for the best access to their mother’s milk.

Laura added: “When the mother went into the den to feed them there was always a slow motion mad dash to get to her teats and sucked.

“It was adorable to watch, as they were unsteady on their feet, almost pulling themselves around and they couldn’t always find the right spot, so would spend a lot of time climbing on each other or nuzzling her face until they found milk!

“Nothing is quite as cute as a pile of miniature cats clambering all over one another, nuzzling each others faces and eventually falling asleep in a pile of cuteness.” 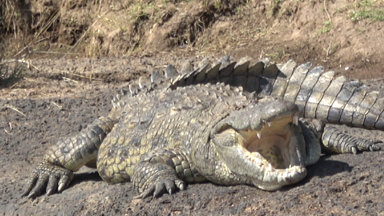 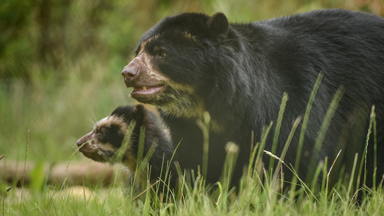 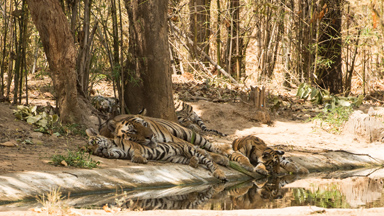 Get a glimpse of a mother's precious litter of cheetah cubs 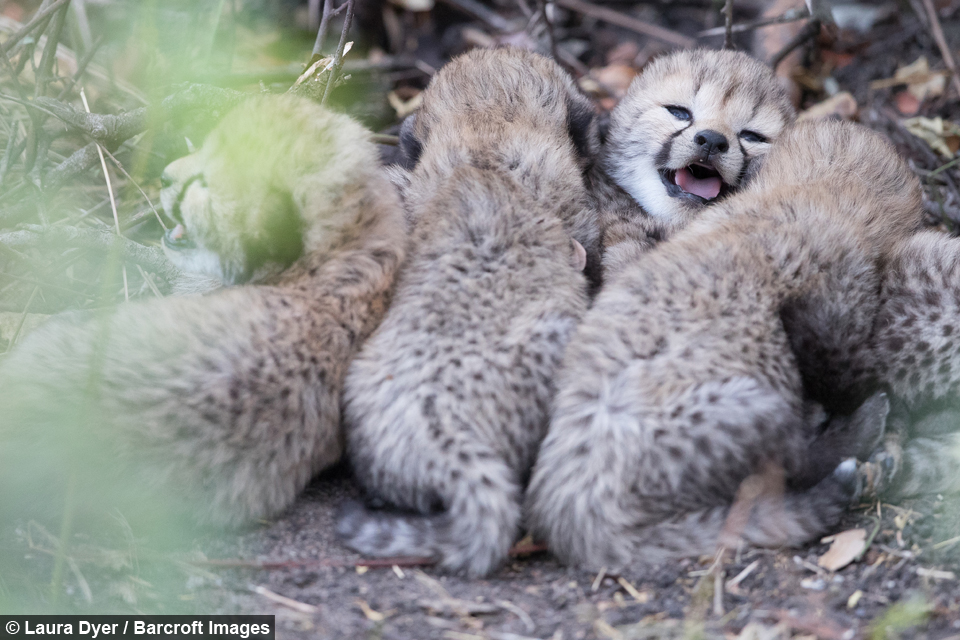 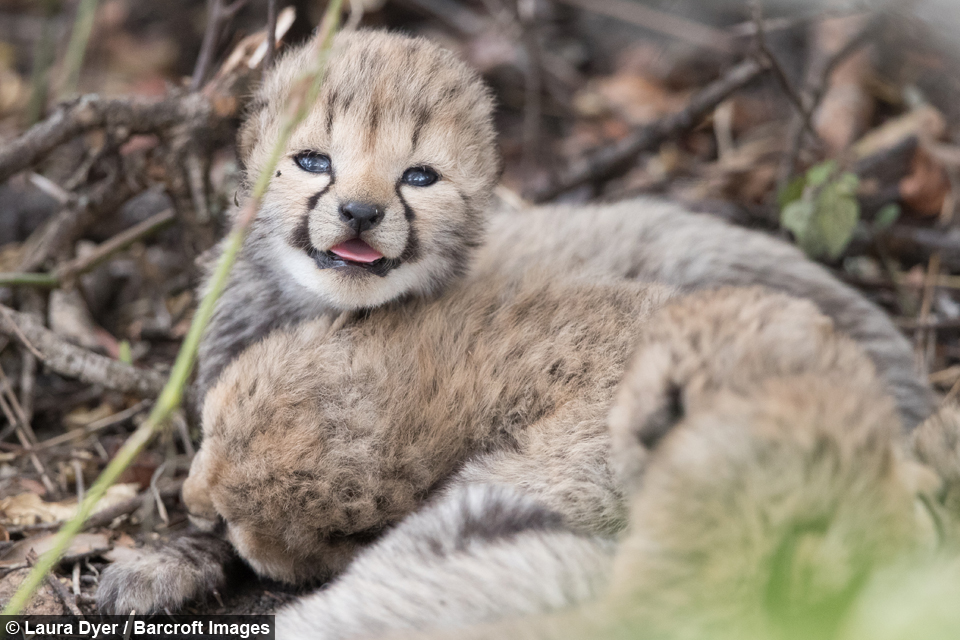 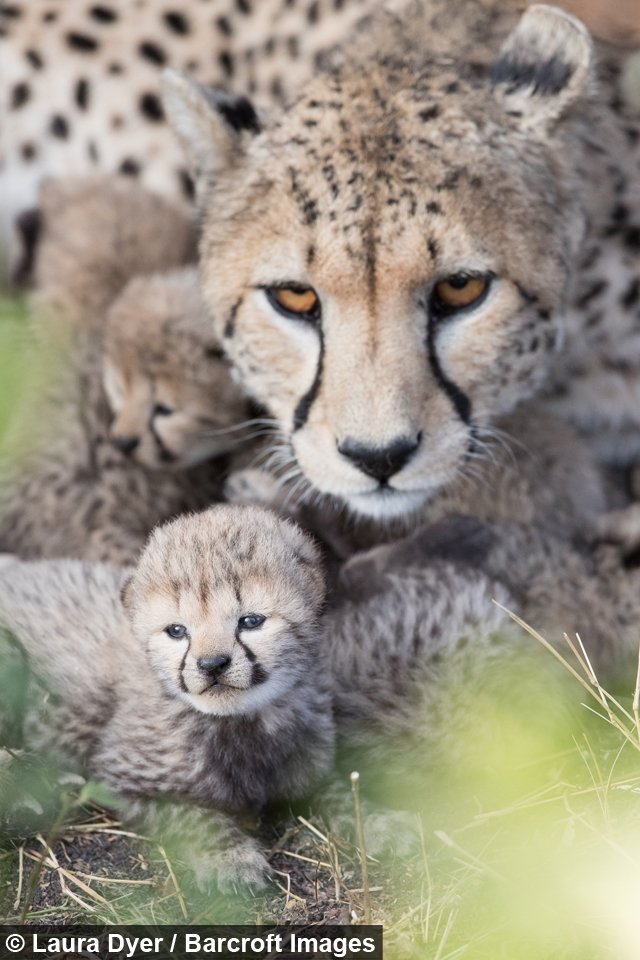 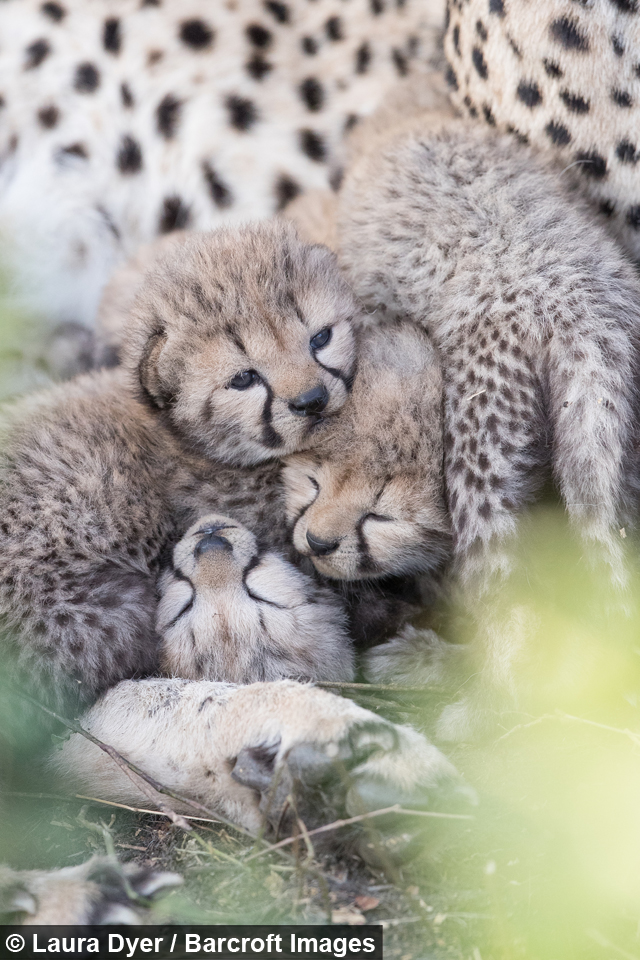 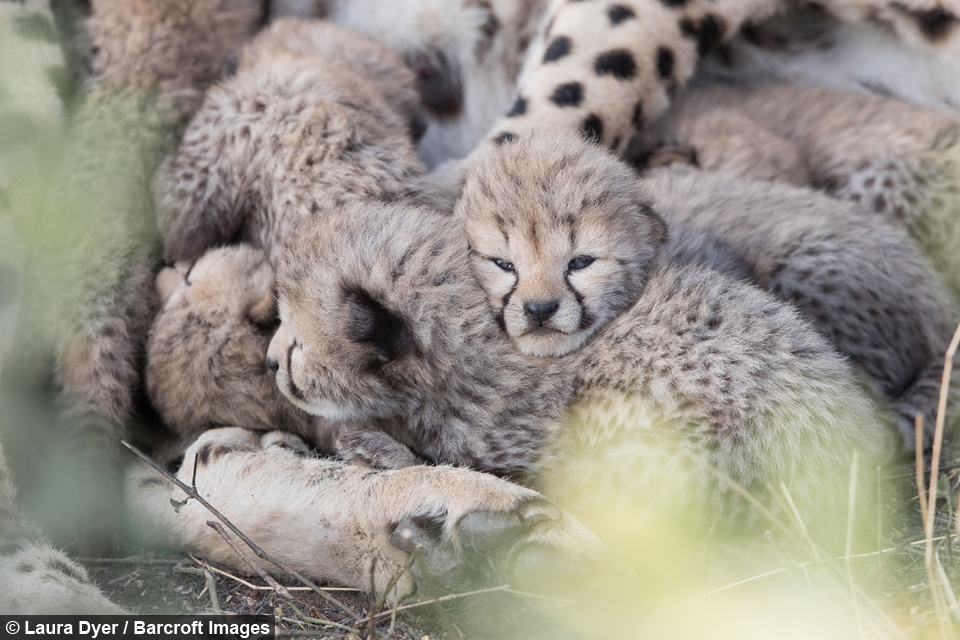 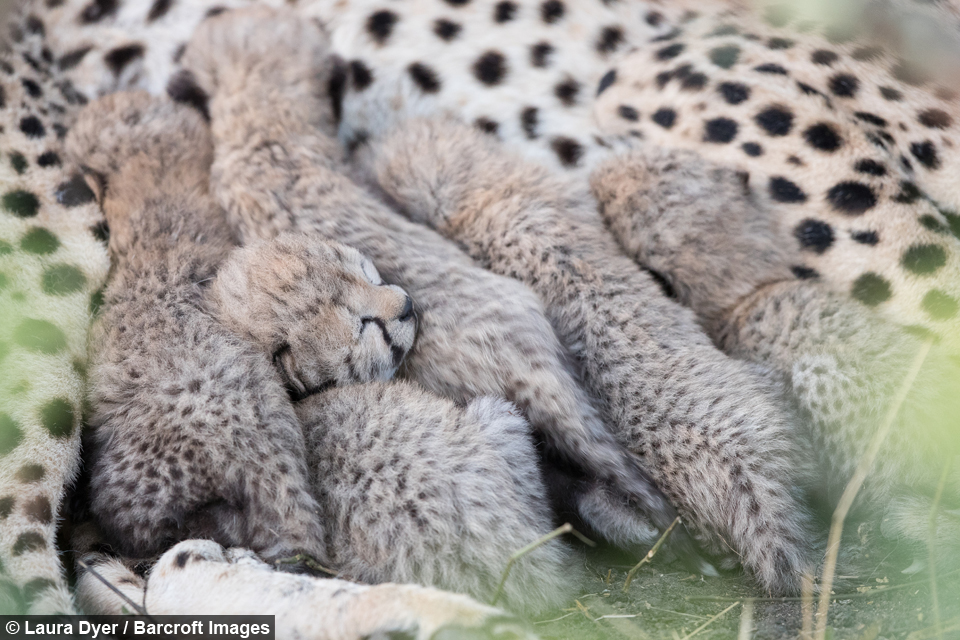 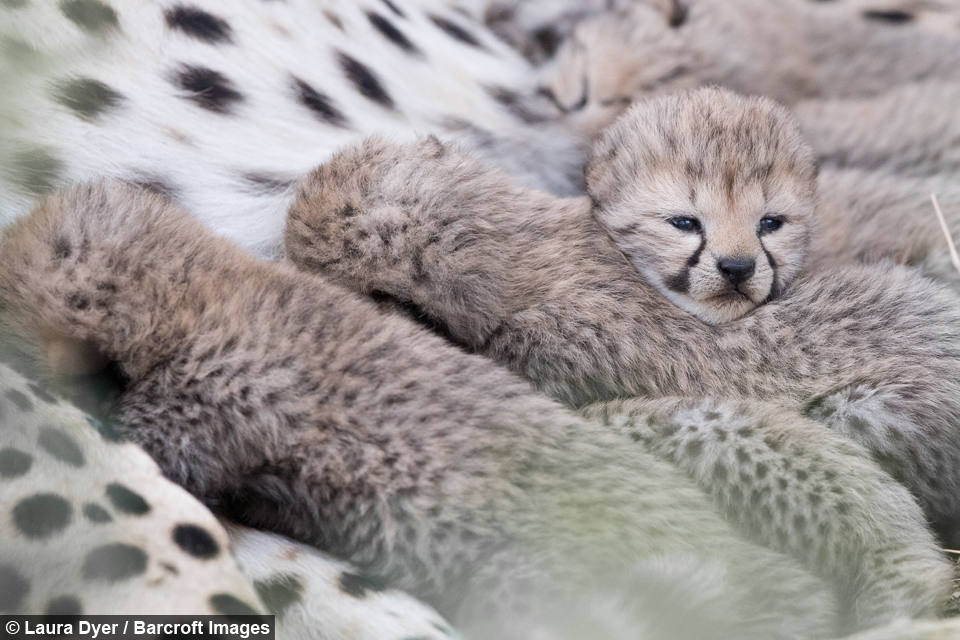 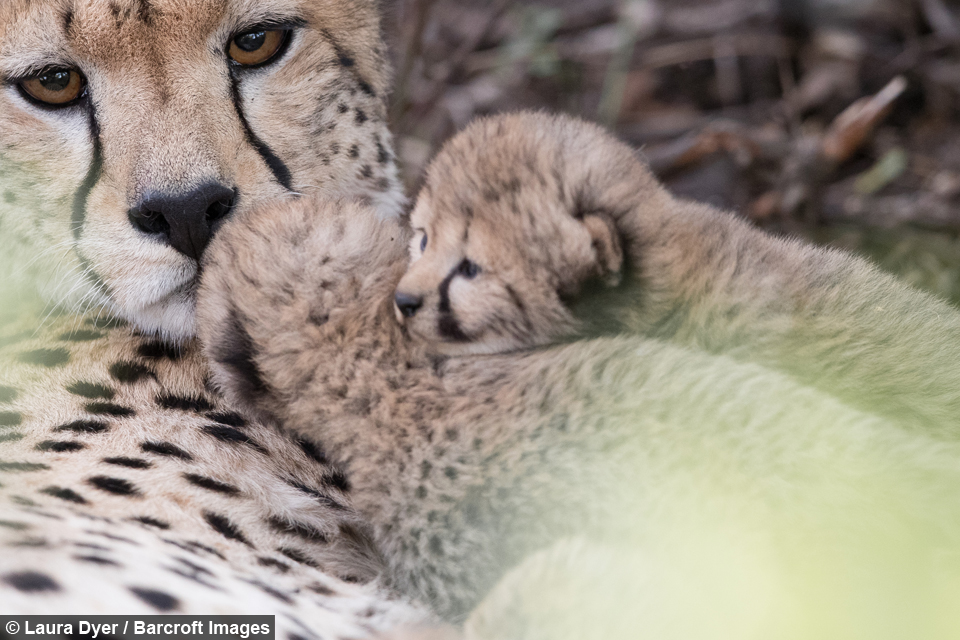 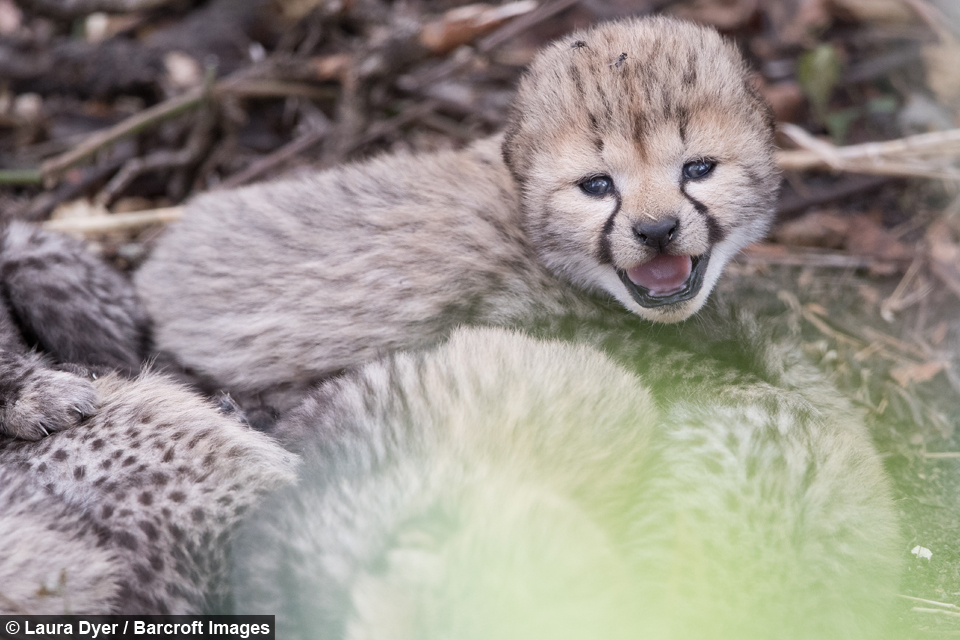