Making New Friends: African Buffalos get all the birds 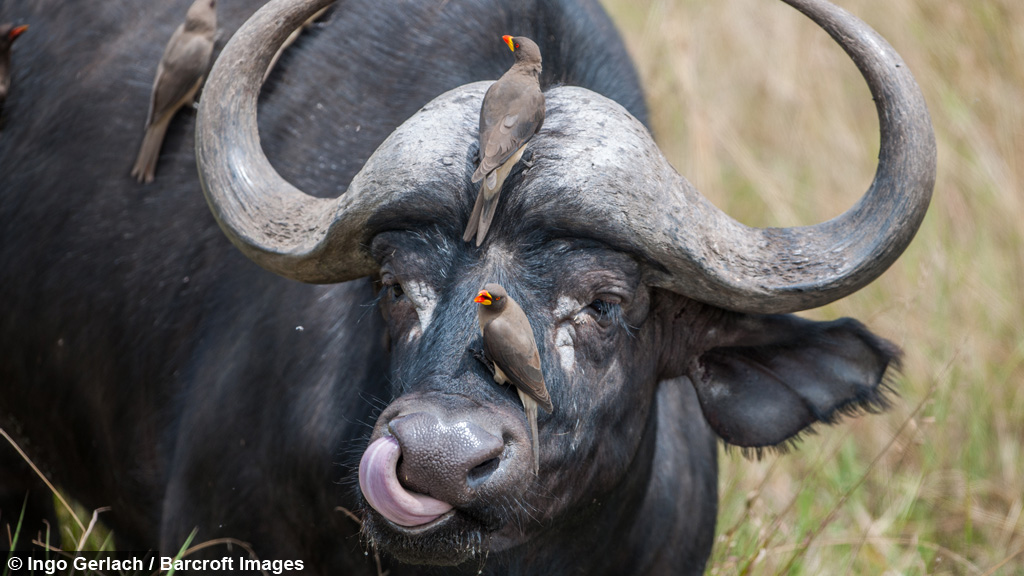 While many might assume that the birds are a constant annoyance to the majestic buffalo who carry them across the plains of Kenya, they would only be half right.

Photographer Ingo Gerlach captured the interaction between the airborne and landlocked animals while in the Masai Mara in March 2017.

He said: “A classic alliance in the animal kingdom is often seen in the African Buffalos. Red-billed mackerel or other species often sit on the back of buffaloes, pecking in open wounds, picking vermin from the host's fur, and even looking deep into their ears and noses for food - typically a win-win situation for both.”

“The landlord - or the buffalo - tolerates the Madenhacker or even a Cattle Egret on his body, so that he is released from the plague of insects."

“However, the birds can get quite annoying, then the buffalo tries to drive away the greedy birds with violent shaking of its head.”

With their grumpy expressions, each buffalo is the spitting image of an overworked parent being hounded by hordes of energetic children, but the birds remain serene as they enjoy the view from their cosy ride.

African buffalo - otherwise known as Cape buffalo or savanna buffalo - inhabit sub-Saharan parts of Africa and there are four different subspecies that differ in colour, size and habitat.

The German photographer spent several days in the Masai Mara but was particularly drawn to the symbiotic relationship between the patient buffalo and the chattering birds.

He said: “I photographed this behaviour over several days in the Masai Mara. I admired the endurance of the birds, who, after every attempt by the buffalo to get rid of the winged ghosts, once again landed on the body or head of the buffalo.”

Making New Friends: African Buffalos get all the birds 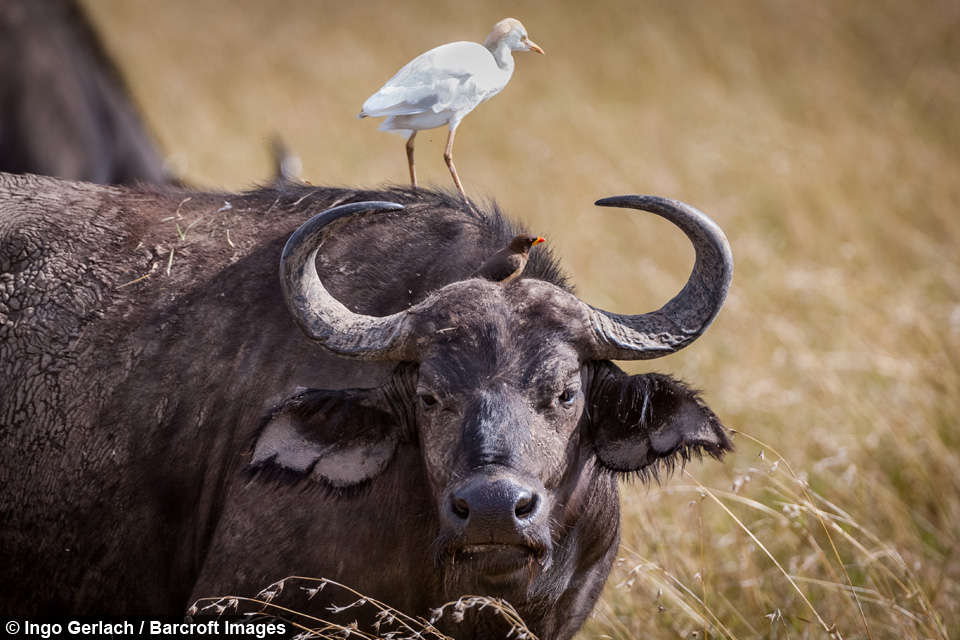 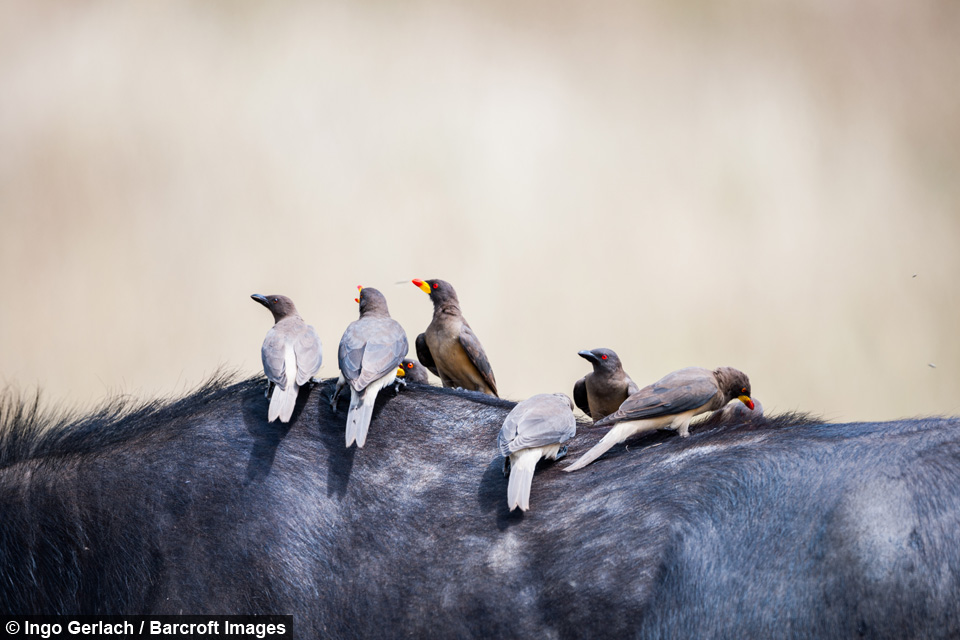 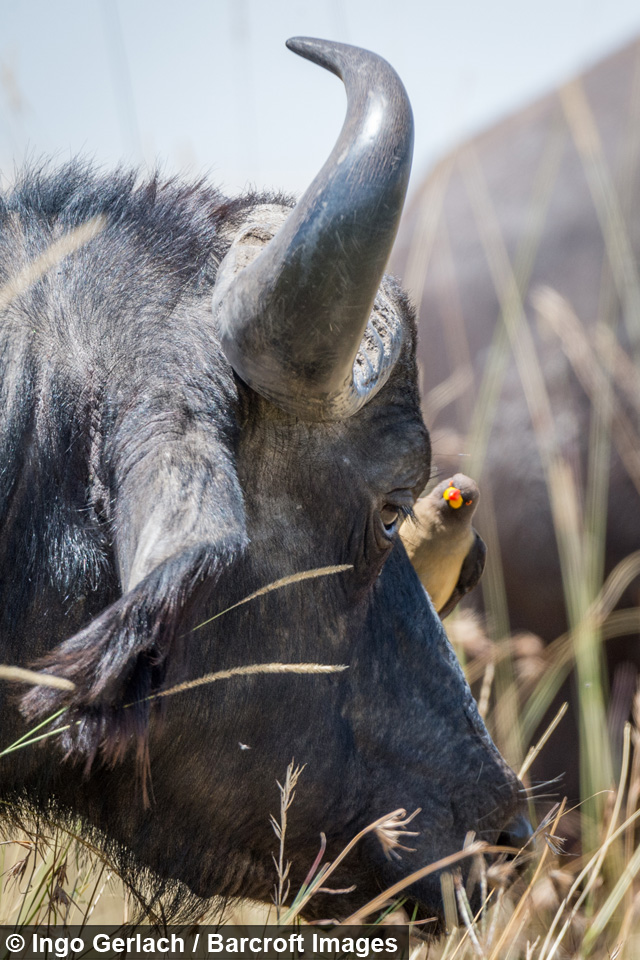 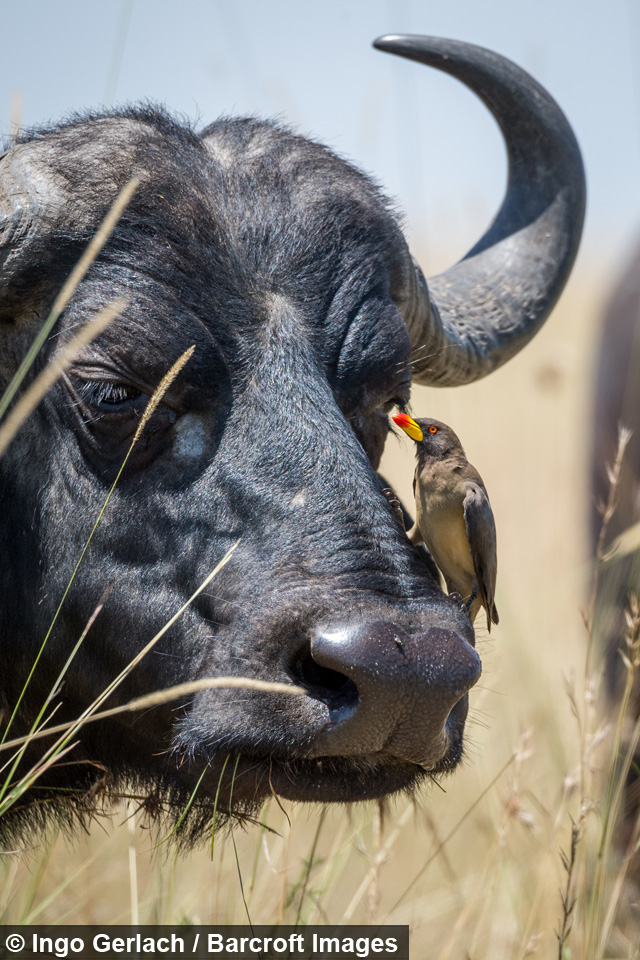 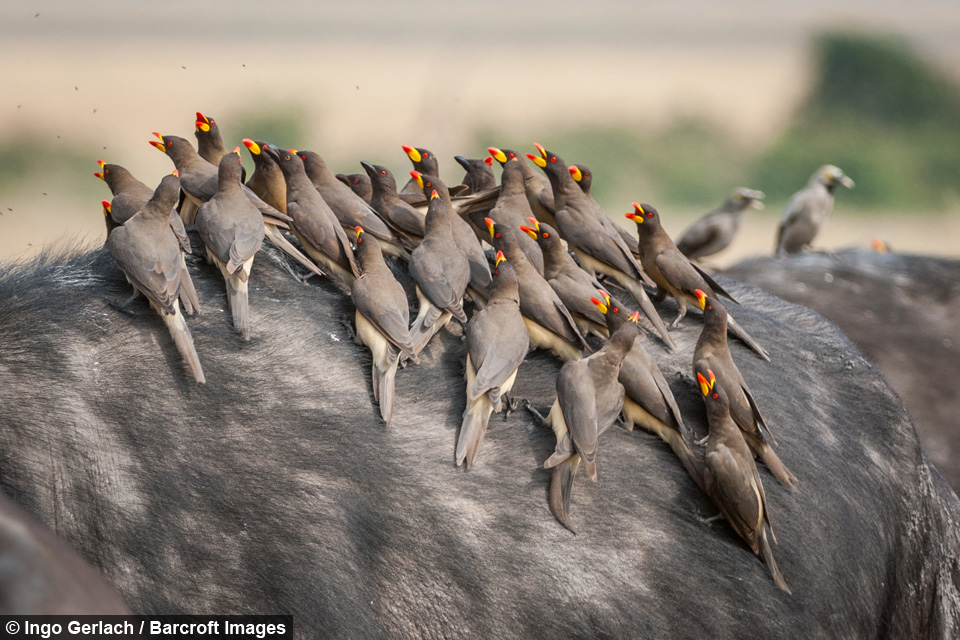 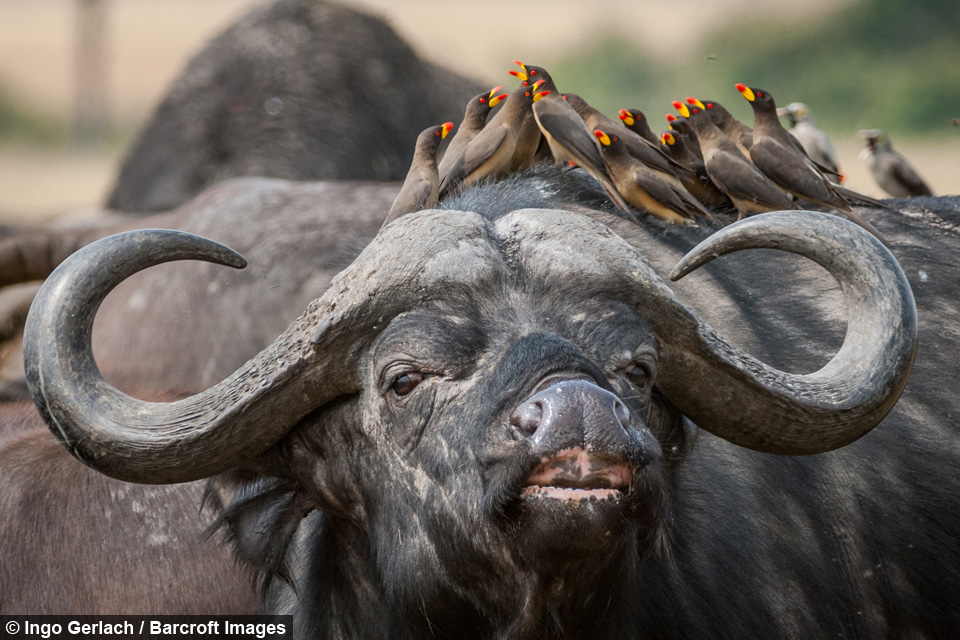