Dr Prakash Amte and his wife, Dr. Mandakini Amte have dedicated their lives to helping both the animals - and people - of Hemalkasa, Maharashtra in India.

Their charitable exploits began in the early seventies when the doctors set up a hospital where they would treat tribal people for free.

“We lived in tribal areas and provided medical aid to people even in the times when there was no electricity.

“We made a cottage and started a hospital there. We faced many problems in the beginning, as people had no faith in us. They used to run away from us.”

Then, after a chance meeting with an orphaned monkey, the Amtes opened up an animal orphanage - called Amte’s Animal Ark - for rescued wild animals.

Prakash said: “One day we saw a group of tribal people coming back from hunting. We were a little scared as we were new in the area.

“We saw that two monkeys were tied on the bamboo stick and two men were carrying them on their shoulders.

A baby monkey was attached to his dead mother’s breast and was drinking her milk.

Prakash said: “We had never heard of people eating monkeys in India.

But, here, people were killing them.

We told them to hand us over the baby.

But they were not ready to hand over the baby as they were without food.”

“So we offered them rice and vegetables and exhanged it with a monkey.

This was our first bargain.

Prakash and his family then welcomed the monkey into their home and raised it.

The family then started providing rice and vegetables to the tribals in exchange for animals that they rescued, including a baby bear.

Mandakini explained: “In exchange we got a baby bear.

They all had the same life history, that is, their mother was killed and eaten by the villagers.

“The problem was we didn’t know anything about veterinary or had studied any books about it.

But we all wished that the animals should live here comfortably. Medicine was for humans but if the animals faced any problem, we would adjust the dosages and give them it.”

I call them my family members and the number started increasing until it reached a hundred."
Incredibly, none of the family have ever been attacked by their furry friends.

Prakash said: “None of the animals have ever intentionally attacked anyone. Only a few small injuries from sharp nails."

They also persuaded the villagers of Hemalkasa not to kill venomous snakes that they had previously believed might kill people.

Prakash said: “We have told the villagers that since we have medicines, don’t kill the snakes.

If you see a snake, inform us.

We will go and catch them and release them far away in the forest.”

As a result of the couple’s education, villagers have stopped killing animals after realizing they are not harmful.

Prakash said: “In order to educate people about snakes - like which is poisonous and which is non-poisonous - we have kept them as samples here.

Not content with educating villagers about animals, Prakash has also started a local school for the tribal kids in the village.

They provide free education and meals for kids in the school.

Their son, Aniket Prakash Amte is looking after the school.

Aniket said: “ The school has a proper building and teaches over 400 tribal children.

We provde free education and meals to all our students."

The family’s efforts have been rewarded with numerous awards, including the Mother Teresa Award for Social Justice in 2014 and they were the subjects of a movie biopic, Dr Prakash Baba Amte: The Real Hero in 2014.

And Prakash is now turning his thoughts to conservation.

He said: “In the future we hope to help breed endangered species, animals from other sanctuaries, and release them into the wild they they’re ready.”

“We have such a good life here, the love we have for these animals.

“I have four grandchildren who are all involved here too, so the tradition continues." 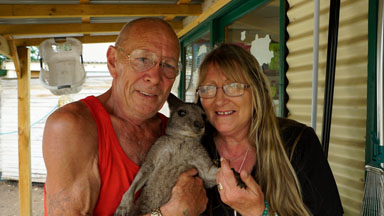 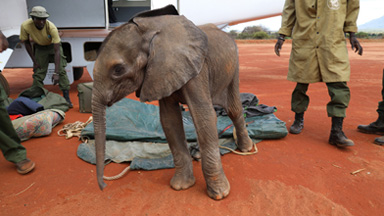 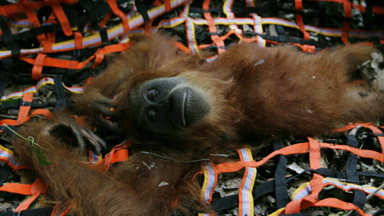