The black rhino calf is the fifth baby from parents Nane and Usoni and was successfully delivered on August 22 2016.

The birth of the little female took place at Krefeld Zoo in West Germany – a zoo that supports the protection of rhinos from poachers in the wild.

He said: “Happy rhino! The first newborn rhino baby in a German zoo.

“It is a huge success since the breeding pair Nane and Usoni had already birthed four rhinos - hence this is number five!

“Topping the record is the fact that to date no other German zoo had any newborn rhinos in 2016.”

Staying very close to mother Usoni, the footage shows the baby sauntering behind trying to keep up by shuffling her little legs.

Zoo Krefeld works closely with Save The Rhino and makes regular donations to their conservation projects - they have also been breeding rhinos themselves since 2008.

“The zoo Krefeld is supporting the protection of rhinos and their possible extinction by the poaching of the species in the wild,” Rainer added.

“A name for the new rhino still needs to be found!” 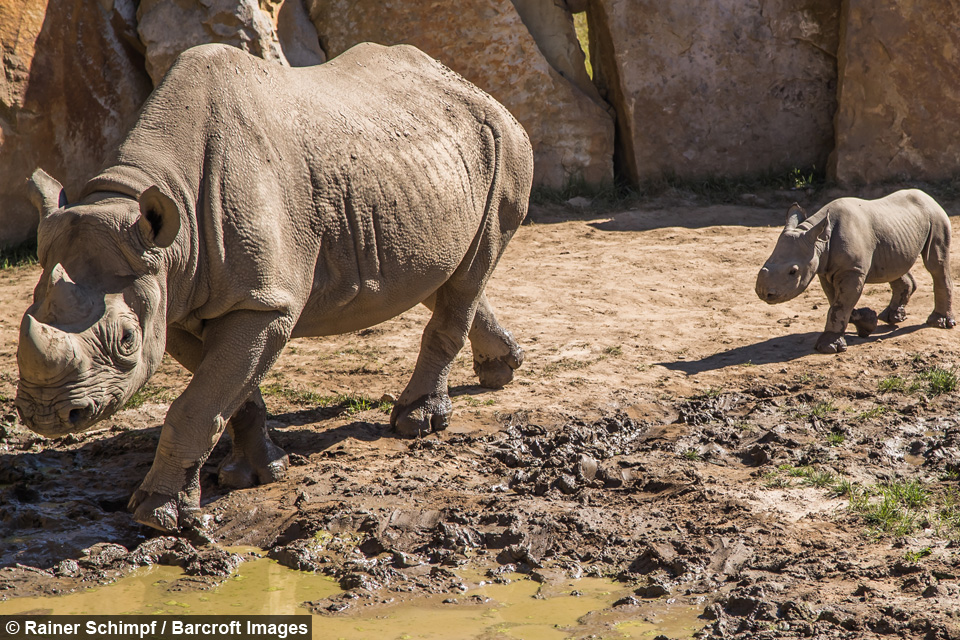 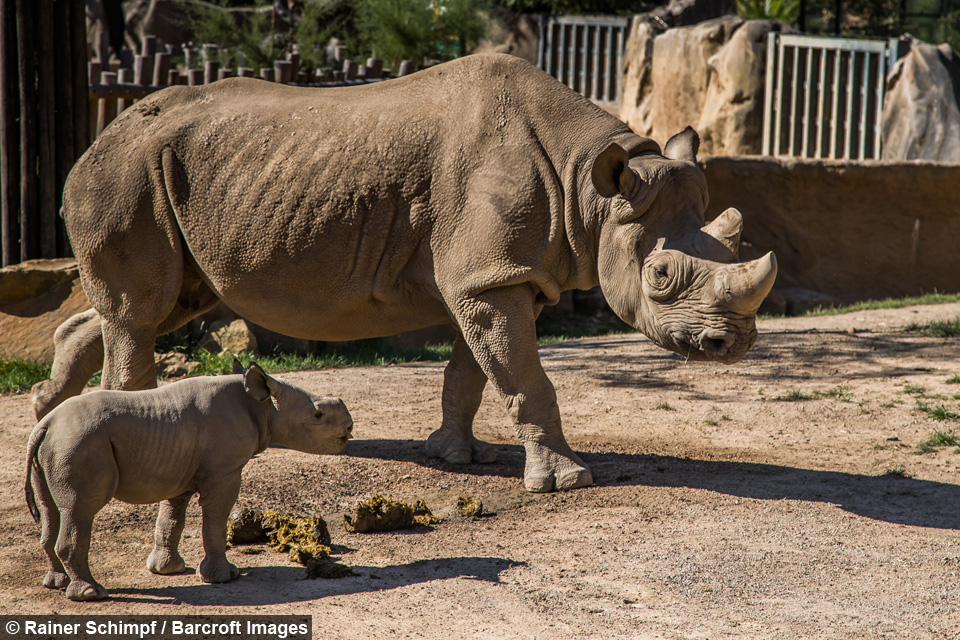 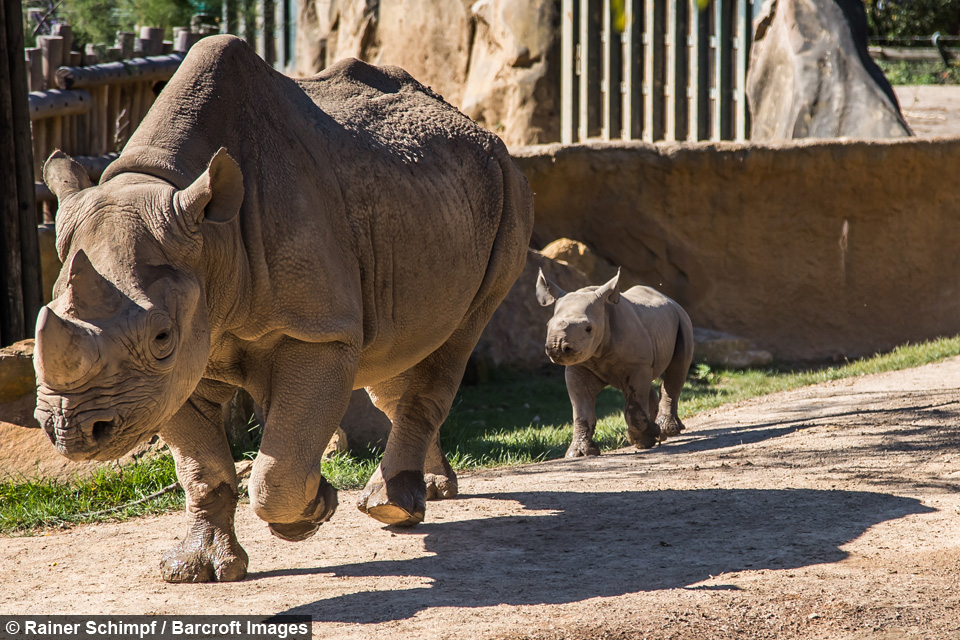 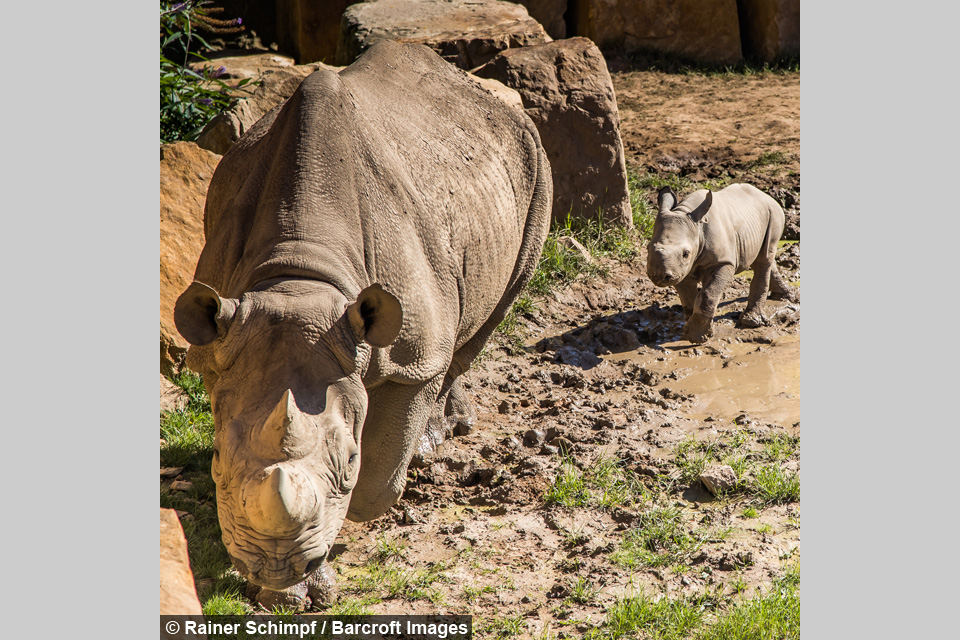 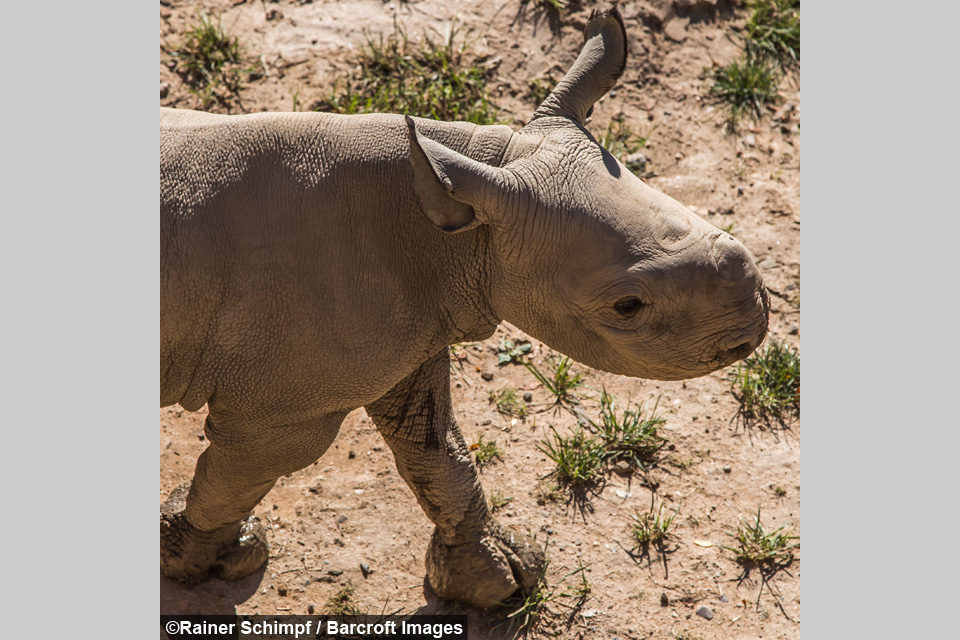 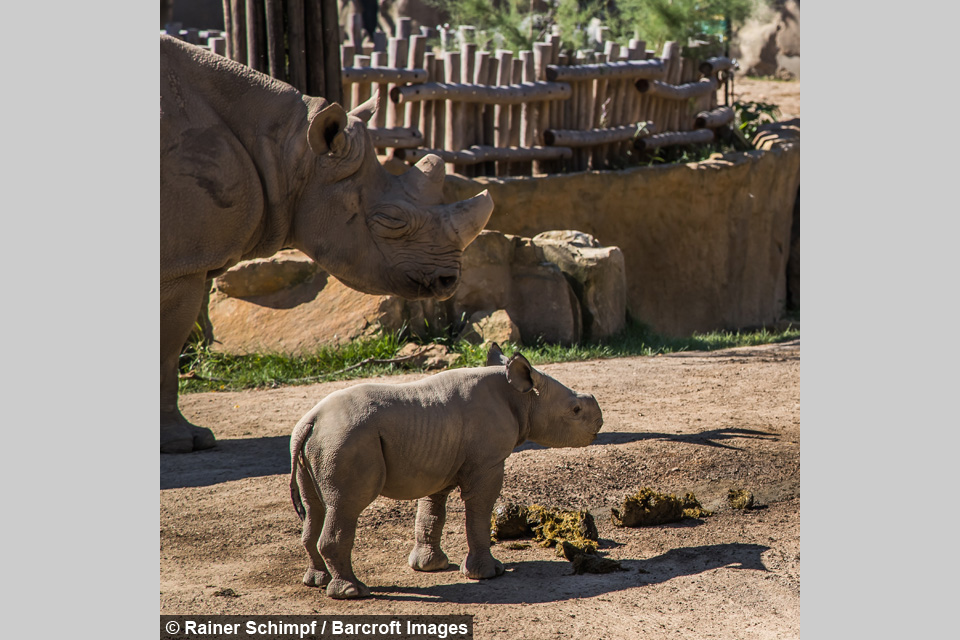