LOVE is in the air in Florida, as these three Lovebirds have formed an unlikely polyamorous relationship

The new bird in town is Rhea, a three-year-old Lovebird with the same disease as once-monogamous couple Indi and Lemon; Psittacine Beak and Feather Disease (PBFD).

The disease attacks the feather follicles of the birds, and can cause them to lose all their feathers. All three birds suffer from the condition although Indi’s feathers have yet to fall out.

Indi’s new side-chick was owned by Isabella Eisenmann, and has a huge Instagram following with over 400,000 followers.

Isabella said: "When my work visa ended, I had to move back to my home country, Panama.

"Rhea’s disease is highly contagious and not present in most countries around the world, Panama being one of them. I had to find a perfect home for her to live and be happy, and thankfully I did. She is healthy, happy and very much in love!”

Fortunately, Fabiana Guagliardo and her family have taken Rhea in as one of their own.

She said: "Since we already had Lemon and Indi, who also live with this disease, I already knew what to do! I guess that we were very worried at first. Mainly because Rhea is very intense and loves having all the attention in the room.

"Lemon and Indi were already a pair, so Rhea was going to end up being a third wheeler. We were worried of it not working out and of Rhea getting depressed.”

Luckily Indi warmed to Rhea immediately, allowing Lemon, who’s condition is worse off than the others, to have time to rest.

Fabiana said: "This is so perfect right now. Rhea and Indi are totally a couple, they spend all day together and don’t stop. They are both very active. Lemon, on the other hand, is much less active so this situation has benefited her immensely; she is now able to rest and sleep a lot more.

"Indi still worries about her all the time and keeps her warm at night."

Despite sharing a man, the two female Lovebirds only ever get jealous over food.

Fabiana said: " If Rhea uses or gets near Lemon’s yellow plate, they fight! Other than that, they share everything. Sharing is caring, right?” 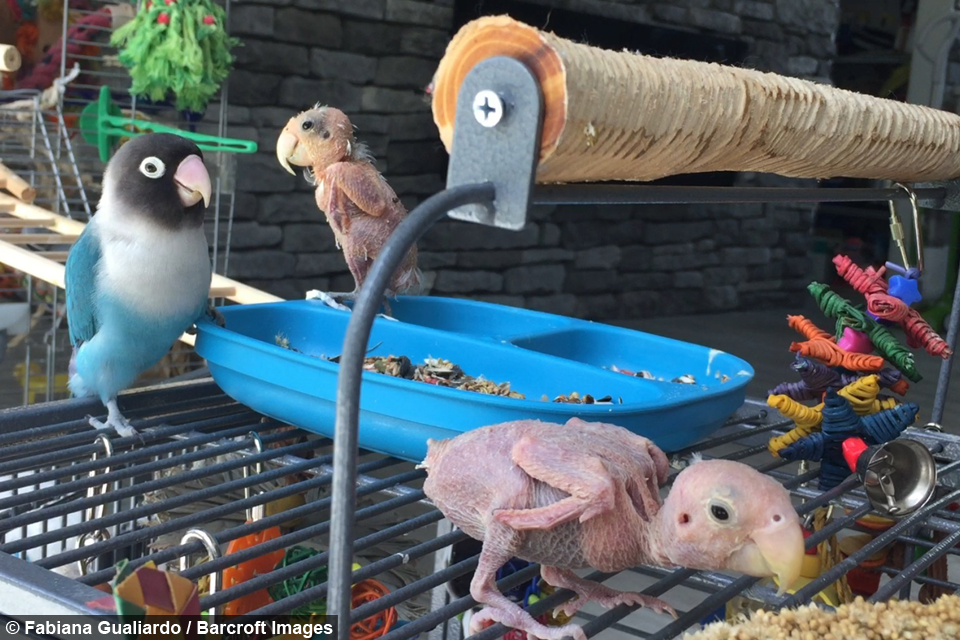 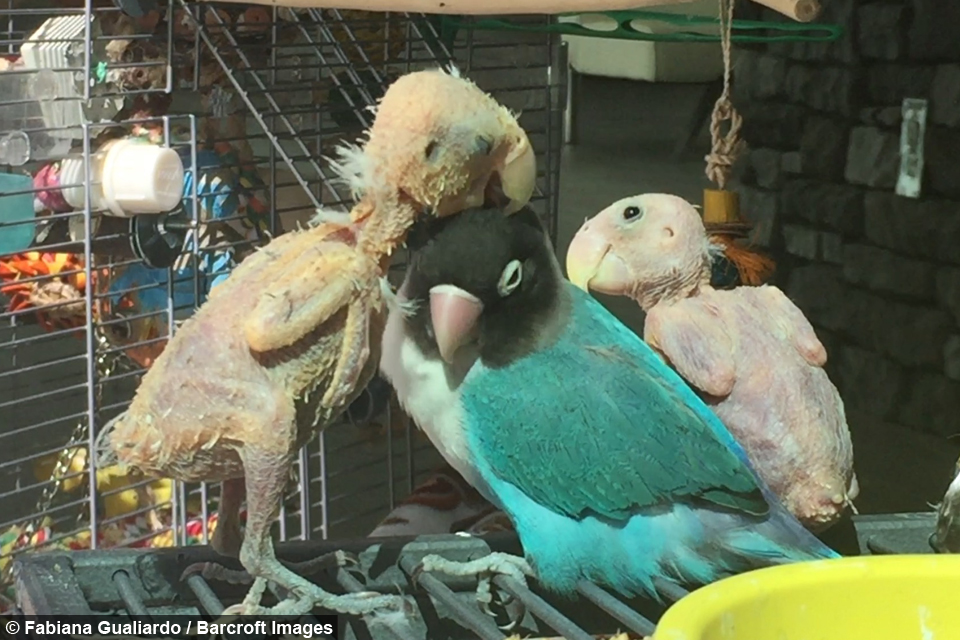 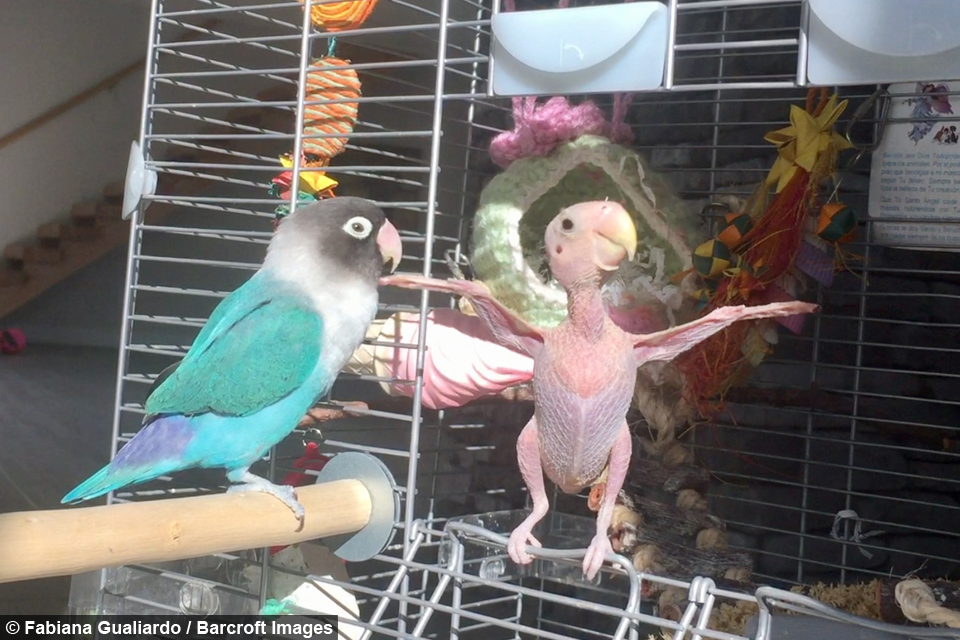 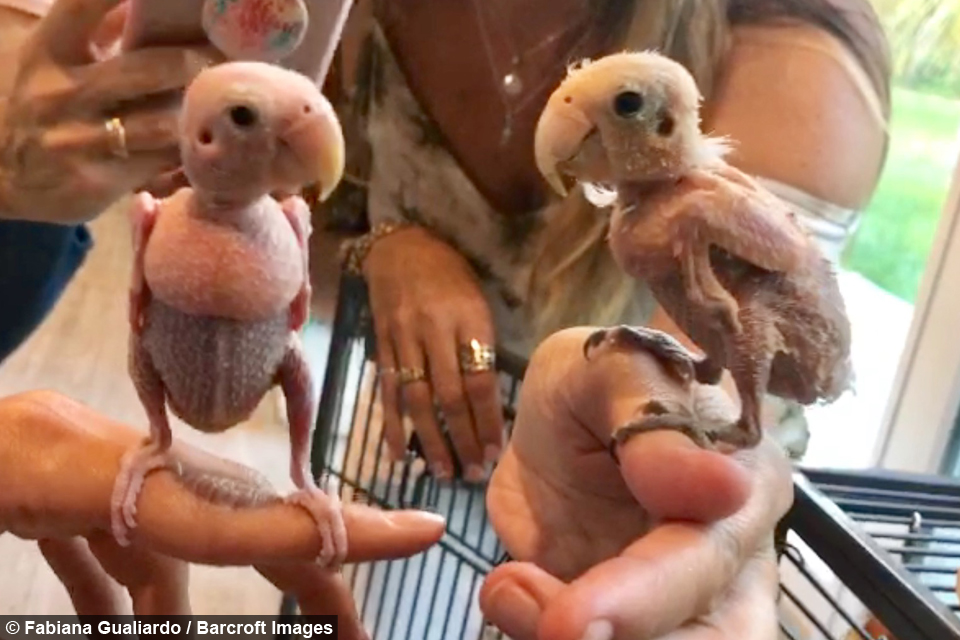 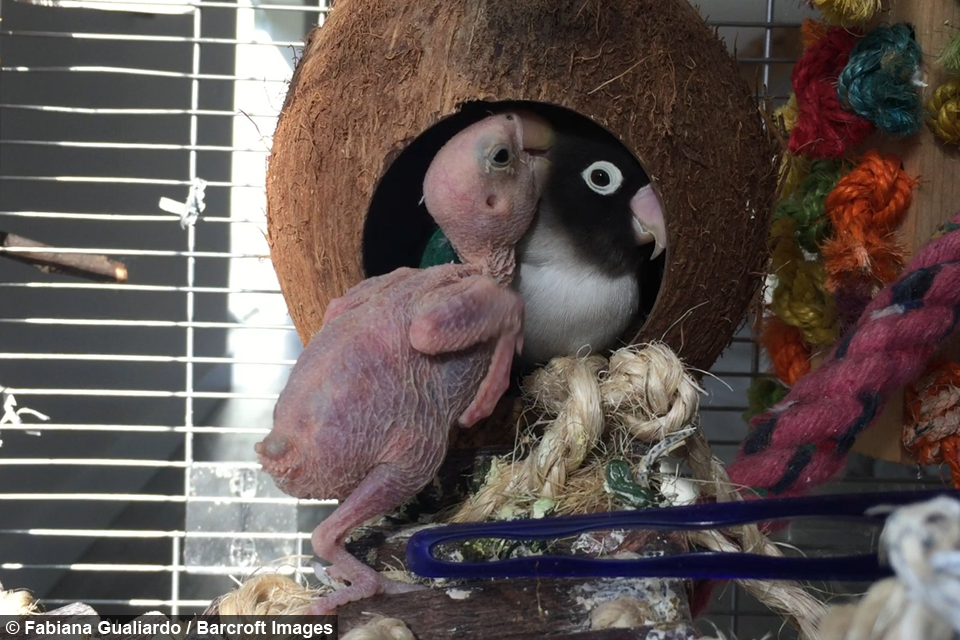