Fish Supper: Grizzly Brown Bear Gets The Catch of the Day in Alaska

ONE of nature’s biggest picnics draws hundreds of bears to the waters of Brooks Falls in Alaska every summer, as the majestic animals fill up on salmon before hibernation

Californian photographer, Jennifer Leigh Warner, captured the spectacular shots whilst on a trip to capture the incredible phenomenon.

Jennifer, 32, said: “I had wanted to photograph brown bears in the wild and I knew that this was an excellent place to find the bears in their natural environment.

“As a conservation photographer I am always in search of wildlife that will tell the story of a place worth preserving."

Every year hundreds of brown bears gather at Brooks Falls to feed on the salmon that travel upstream on their way to spawn.

Salmon are rich in calories, so the bears spend their summers filling up on as much salmon as they can in order to fatten up for winter hibernation.

The amazing animals, believed to be two male brown bears, are captured on camera by Jennifer using a number of different fishing techniques - from standing neck-deep in the water to plucking them out of the air.

The San Jose based wildlife snapper, who took the pictures in July 2014, said: “Photographing bears in the wild is like nothing else.

“Bears are big and dangerous and working around them requires a certain amount of respect and heightened awareness.

“We can learn a lot by studying bears in the wild. They are not much different than us in many ways. They have relationships with other bears and there is a hierarchy to their social system.”

In one stunning image, a hungry bear can be seen enjoying a bit of respite from fishing as he tucks into a freshly-caught salmon in the cold waters.

As the fish try to jump from the water, the bears attempt to pluck them out of the air with their jaws or grab hold of their slippery skin with their large paws.

Jennifer said: “Brown Bears are incredibly dangerous, so it is important to always keep a safe distance; the National Parks require a minimum of 100 yards.

“Before walking into Bear Country you should take a few safety precautions, such as making noise when you walk, so that the bears know you are there, and to always walk in groups.

“At one point I did encounter a mother bear and her cub on a trail. I saw her coming and she was walking right towards me.

“A group of hikers were behind me, so I had them gather together and make noise to encourage her to switch directions.”

For Jennifer, the biggest challenge with photographing the bears in their natural habitat was getting to the area itself.

She said: “Brooks Falls can only be reached by float plane and therefore one must fly into the area each morning and fly out each evening.

"There are camp sites but they do fill up fast and can be difficult to obtain. During this trip I flew in each day from the town of King Salmon.”

“In the summer the sun does not go down so I was able to photograph the bears for about 12 hours each day.”

Fish Supper: Grizzly Brown Bear Gets The Catch of the Day in Alaska 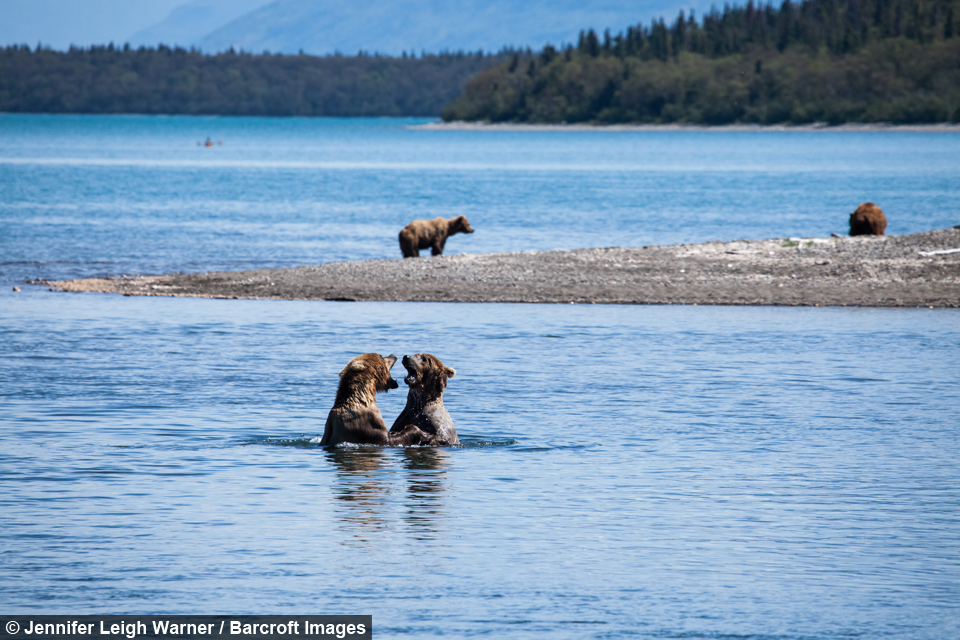 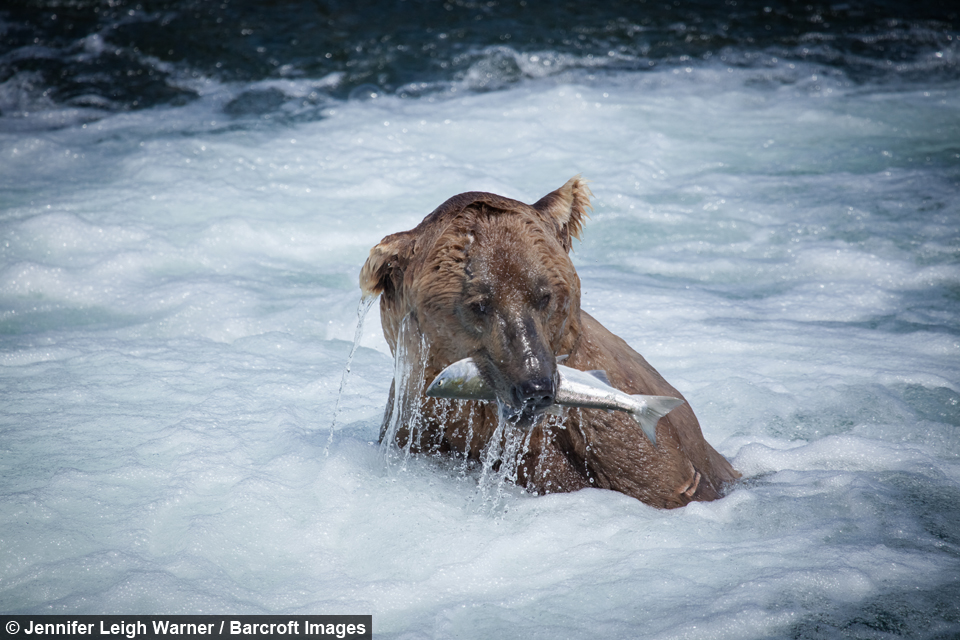 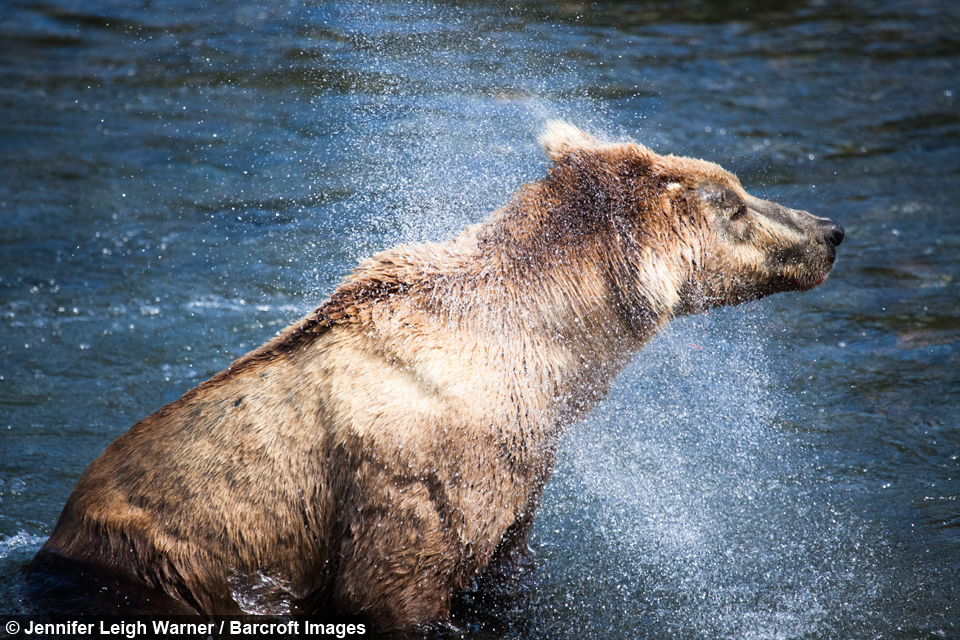 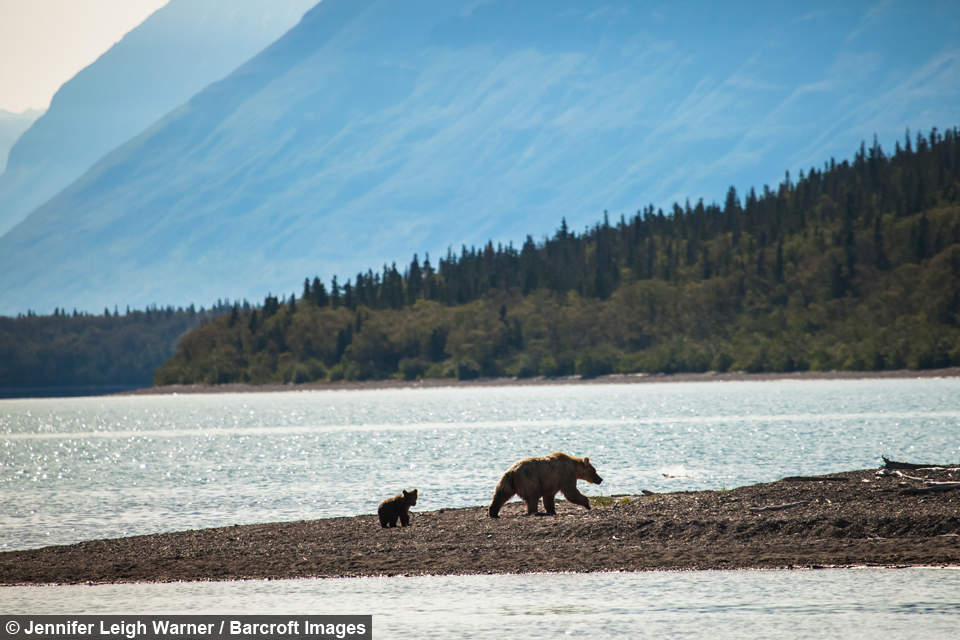 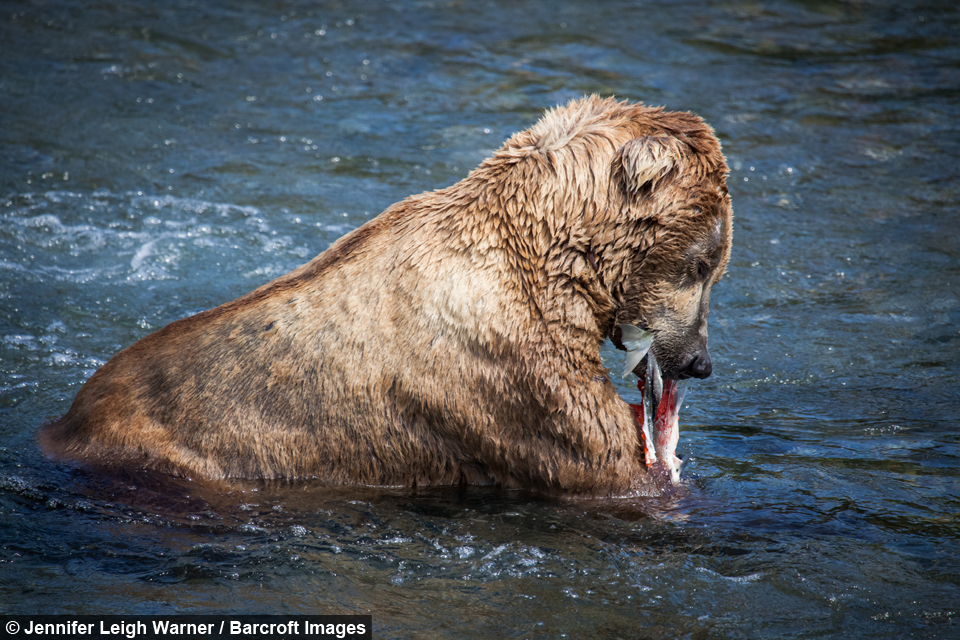 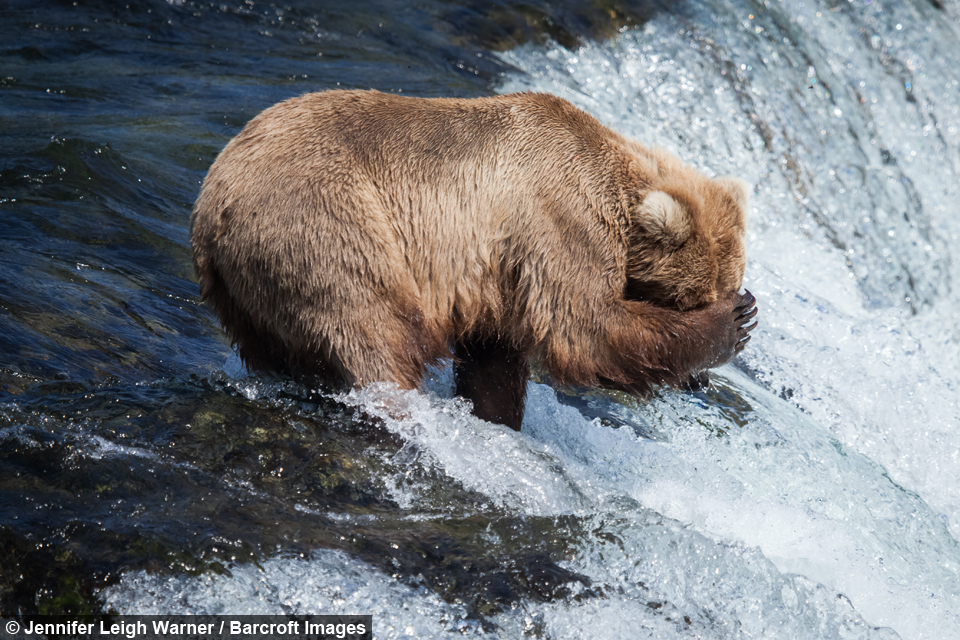 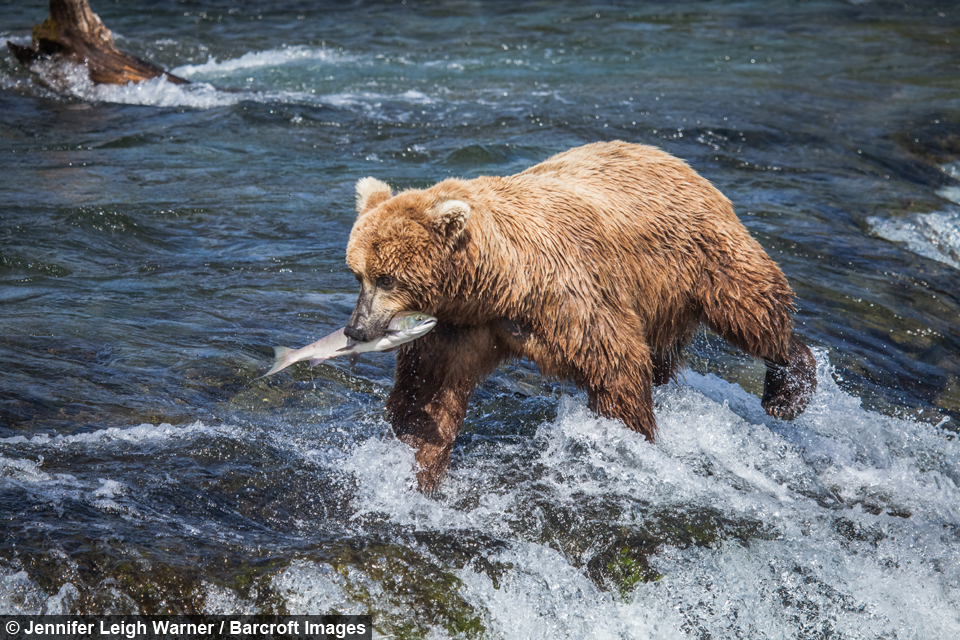