Reptile House: Meet the couple that live with 80 snakes and other venomous creatures

Herpetologist Siouxsie Gillett and snake obsessed partner Simon Paul Keys keep over 80 slithery creatures in a double locked room - including snakes which have enough venom to kill an elephant.

Siouxsie and Simon spend their days rescuing and rehoming unwanted creatures in their home which they have opened up to the public.

Calling it the Secret Sanctuary, they hope to educate people and change their attitudes and phobias towards these misunderstood animals.

Siouxsie said: “We have several venomous snakes here at the moment including three Western Diamondback Rattlesnakes, and we also have a Malayan Viper. “The Malayan Viper is our most venomous snake here and this species actually kills quite a lot of people".

“We have got to wear protective gloves which can withstand a snake bite but if you get bitten by a venomous snake your life is in danger.

Simon added: "Most of the time people don’t die from venomous snakes but it might end in trouble if you lose a hand or an arm.”

Siouxsie and Simon’s typical day starts with them taking their pet dogs for a walk and attending to their needs before caring for the slightly more unusual pets.

“Once we have taken the dogs for a walk and fed them then we start working on the daily chopping of fruit and veg. Then we start cleaning the animals out and that can take us anywhere from 4-6 hours depending on mess levels.”

It may be surprising to hear that all of the couple’s neighbours have been to visit and are all clued in on their reptile neighbours. But security plays a large factor in the couple and the nearby residents' safety.

Simon said: “All the neighbours have been here and know where the snakes are. We are very careful that every door is double locked, and the cages are secure, and we do a walk around every night.

“We also have CCTV everywhere so security-wise we are pretty safe, and there’s always someone here.”

“But for some strange reason, the neighbours don’t often pop around for cups of tea.” Siouxsie added.

The fearless couple have both had their fair share of terrifying moments during their time caring for the hundreds of exotic creatures.

Simon said: “I have been bitten by a copperhead snake twice, which isn’t too bad in 25 years of dealing with snakes but it was a real eye opener.

“I don’t want to go through it again and I was lucky I didn’t lose any digits but it was two weeks of hell - my arms swelled up to the size of Arnold Schwarzenegger’s and started to turn black. The pain is like putting your hand into boiling water or fire and just as you think the pain is easing, times it by a hundred again.”

However the shocking incident hasn’t put the couple off working or living with reptiles as they recently ventured out to the tropical city of Durban, South Africa to work in the dangerous, adrenaline-filled business of catching problem snakes, which they later release back into the wild.

But the couple don't only pay with their health as maintaining their home and all of the residents comes at a price and the couple rarely have the opportunity to leave their work for a holiday.

Ms Gillett explains: “Living and working in a sanctuary works out as a job of passion, it’s a job of love.

"We’ve never been millionaires doing this, we never make any money to be honest and any money we do make goes straight back to the animals.”

“It does also impact your life because it’s a constant job, 24/7. On a day off I might just pop down to check an animal and before you know it you’ve done three to four hours of work and pretty much spent your day there!”

She added: “We can’t get a holiday because some people don’t mind feeding their neighbours' fish but we can’t ask them to feed the cobras, the mambas and the big lizards.”

The neighbours may not be willing to look after the couple’s many pets but most family members have become accustomed to the scaly creatures, although Siouxsie’s mum is still unhappy with the herpetologists passion for reptiles.

Siouxsie said: “My mum is being a mum, she’s protective so she hates everything that I do. In the past I have worked with wolves and tigers and she hated me going to work and she still does.”

As for the future, the couple would love to run their own safari park and have even started building work for a new housemate - an anaconda that weighs 85 kilos.

“I think if we had no limits and no worries about space we would end up having a safari park with elephants and a giraffe’s head coming through the window.” Ms Gillett said.

“We are currently in building works for a big room and area for an anaconda. She weights 85 kilos and she’s a big girl, so fingers crossed.”

For information on how to visit the Secret Sanctuary visit: http://www.secretsanctuarydunstable.co.uk

You can also catch Siouxsie and Simon in their series titled “Snake City” produced by Earth Touch for National Geographic Channels, as seen on Nat Geo Wild.

Reptile House: Meet the couple that live with 80 snakes and other venomous creatures 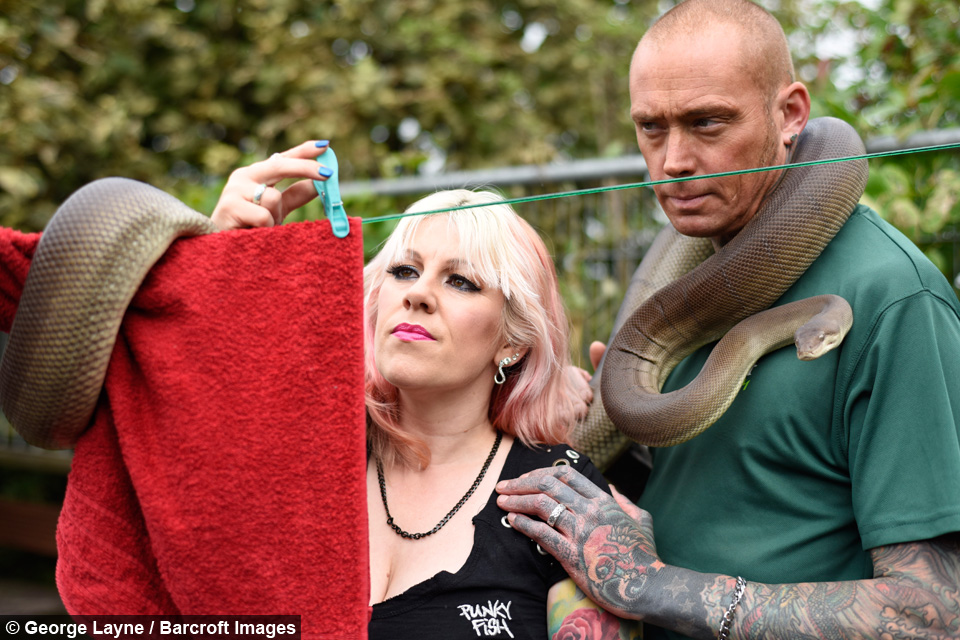 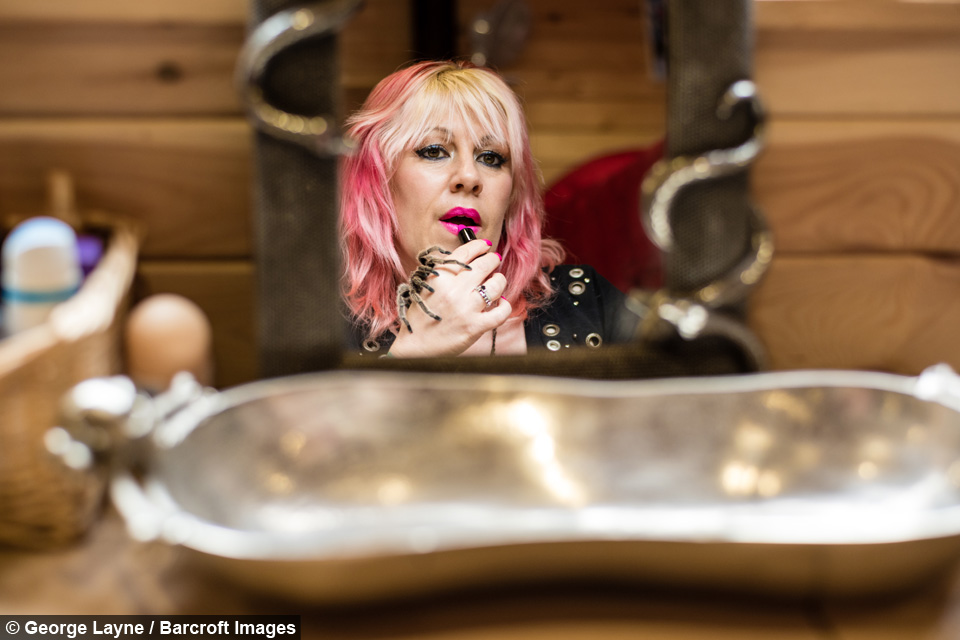 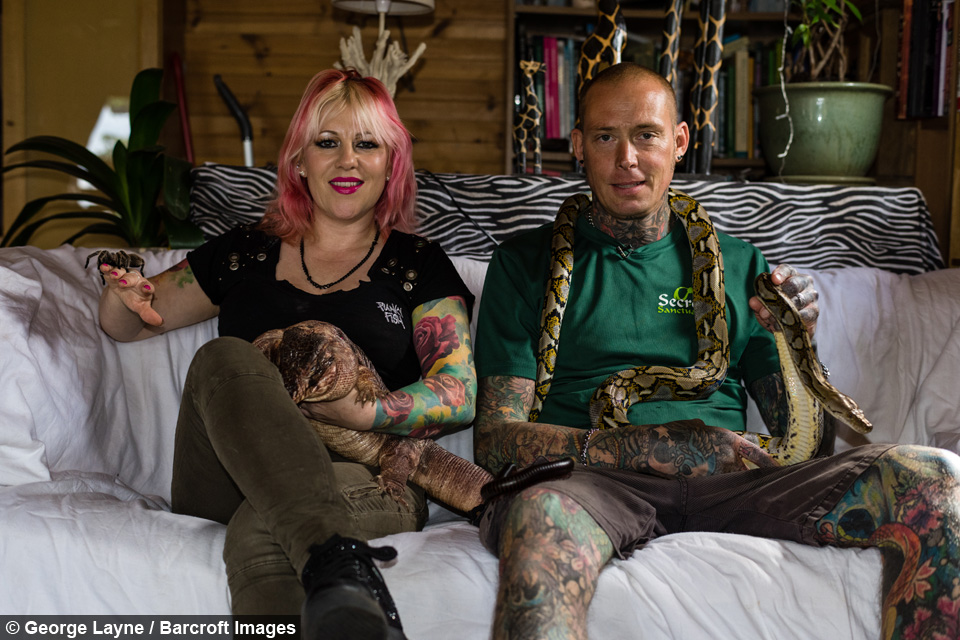 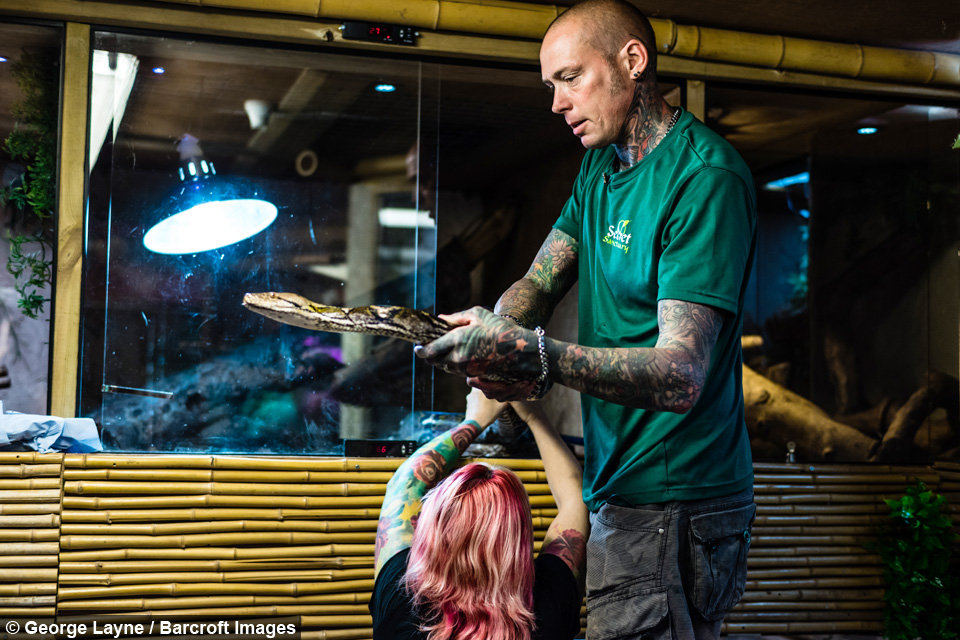 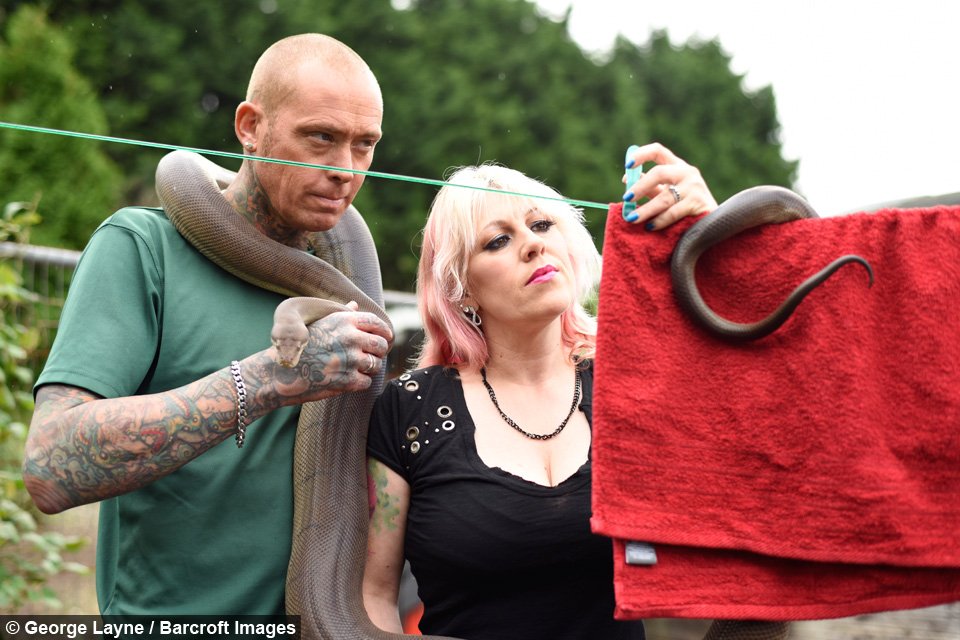 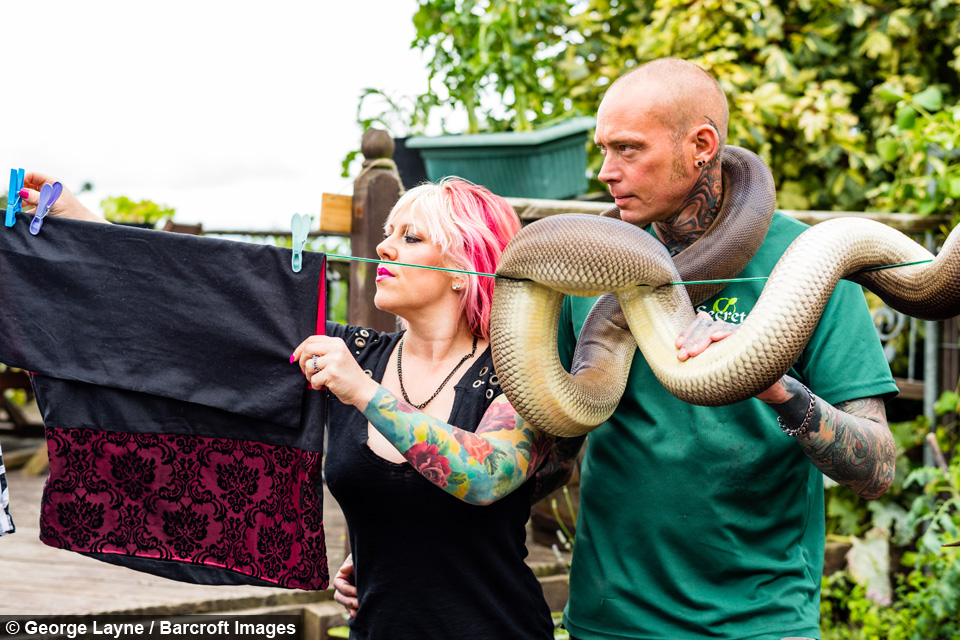 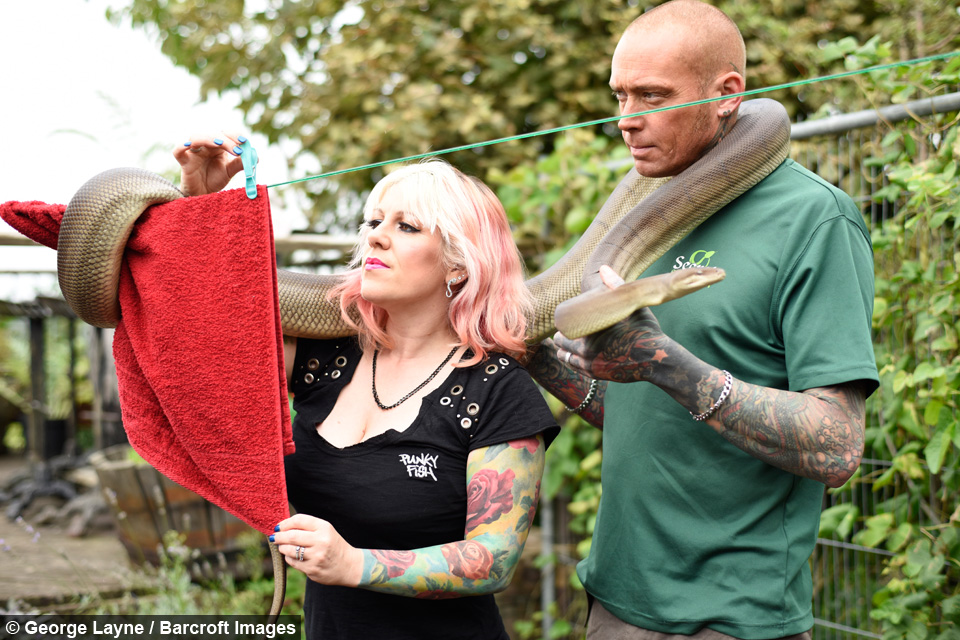 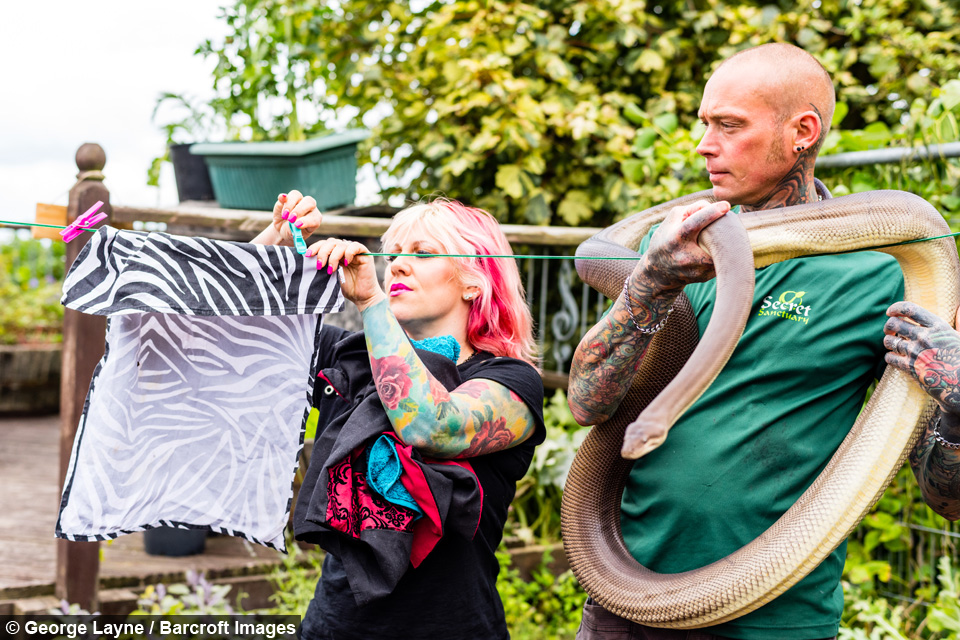