Shaurya Reshamwala - who runs a wildlife travel company Call of the Wild in Mumbai, India - was on safari in Kenya when he witnessed the mauling of several wildebeest.

The group had decided to set up near the river to watch the wildebeest attempt to cross the treacherous waters safely.

Shaurya said: “Our safari guide had received a call from another guide that at this particular point the crossing was about to begin and there were quite a few hungry crocodiles as well.

“Just as we reached it we found ourselves a decent spot to watch the migration and it all began.

“Initially the wildebeest crossed over without any incident. But it was a bloodbath, even after killing quite a few wildebeest they would not stop, they killed at least six to eight wildebeest while we were there.

“When we went back the next day there were probably another 20 or more dead, washed ashore downriver.”

Between June and December every year about three million wildebeest, eland, zebra and thomson gazelle migrate across the Serengeti.

The 32-year-old added: “It is a matter of survival and crossing the river is driven by pure instinct. However, we did notice that after every crossing they became more and more cautious about the crocodiles.”

While some of the wildebeest were snapped up and killed within seconds, Shaurya said others took a lot longer for the four crocodiles to wrangle underwater and gobble up.

He said: “It was surreal. Although it is heartbreaking to hear and see an animal die right in front of you, when you experience the raw power of the crocodile and you get to witness this part of natural history, it is always spellbinding.” 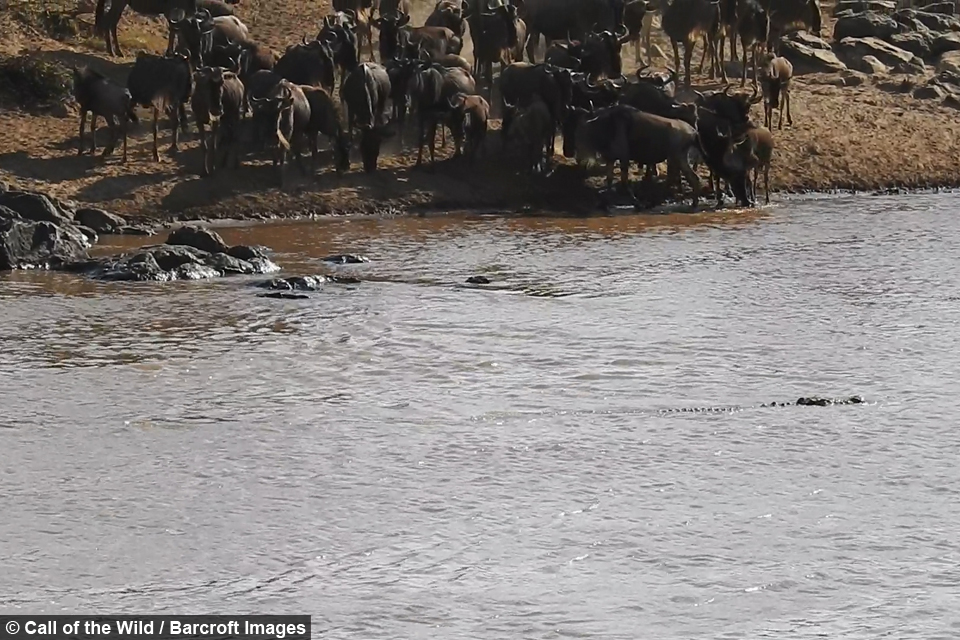 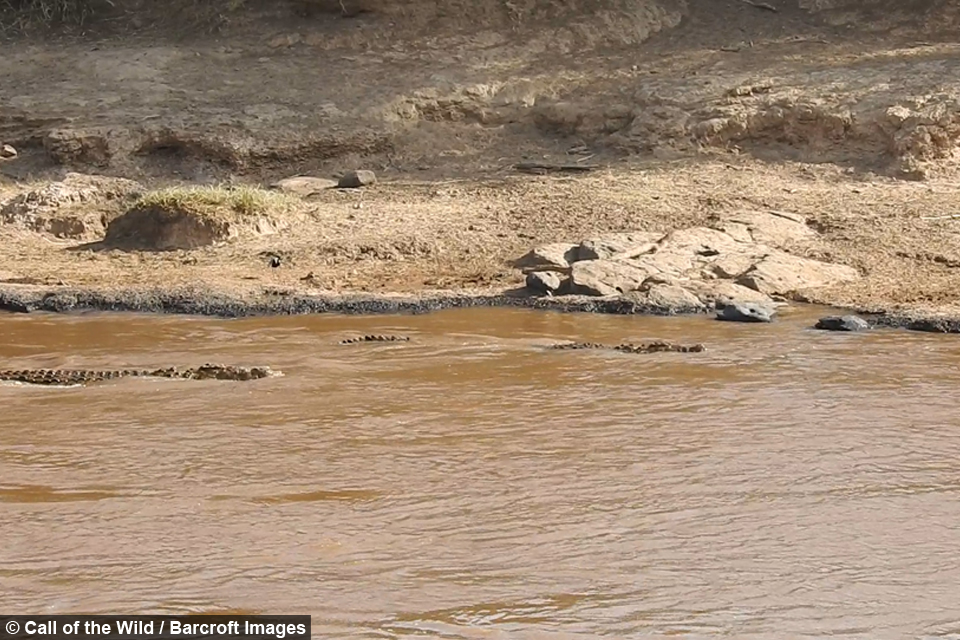 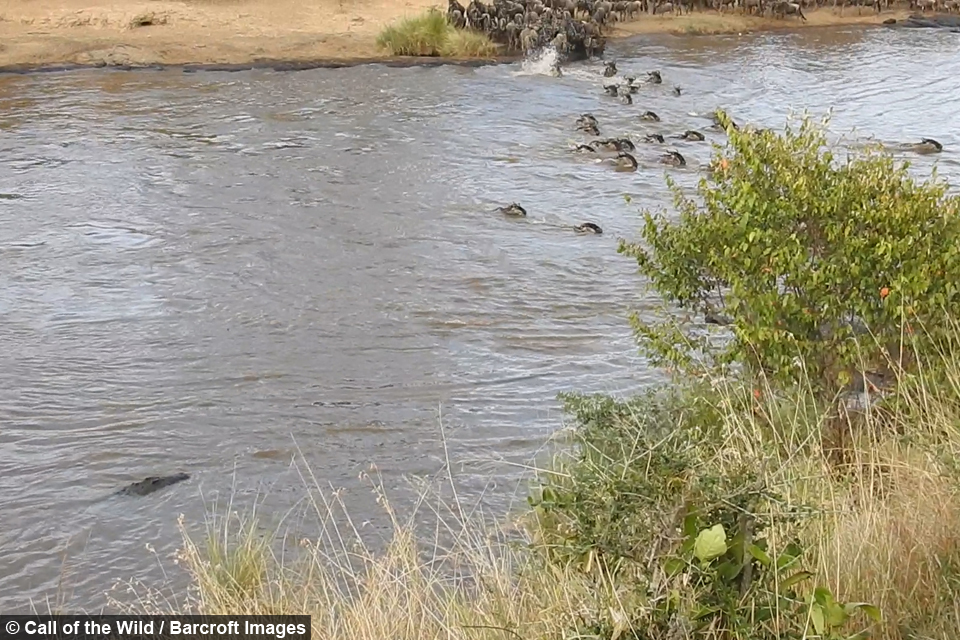 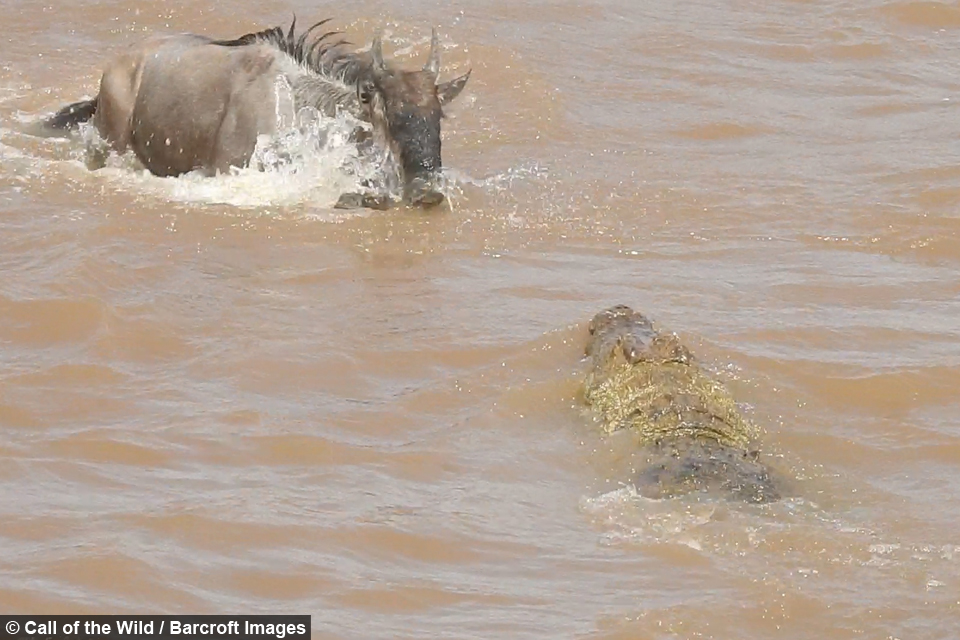 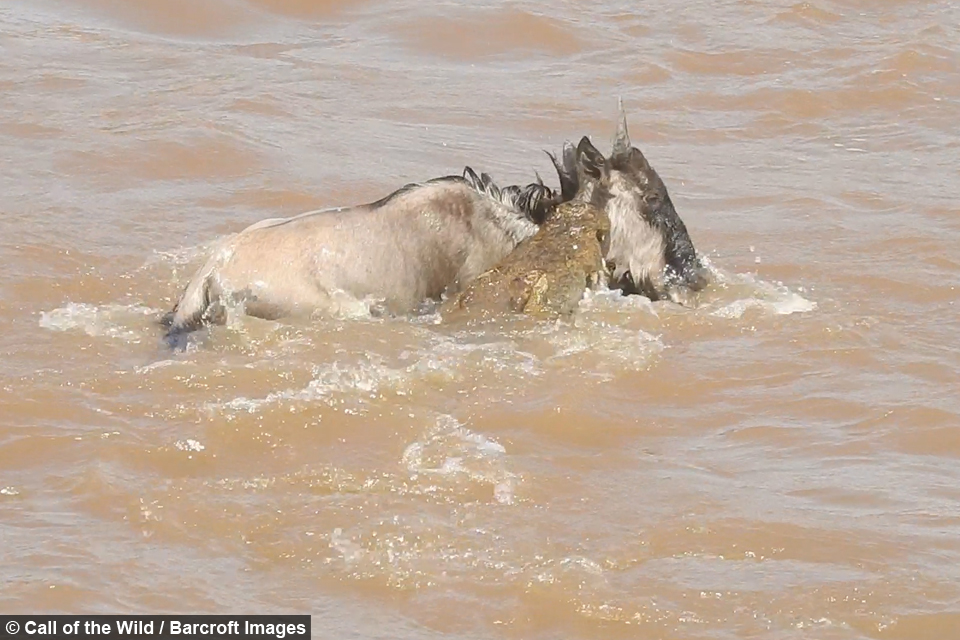 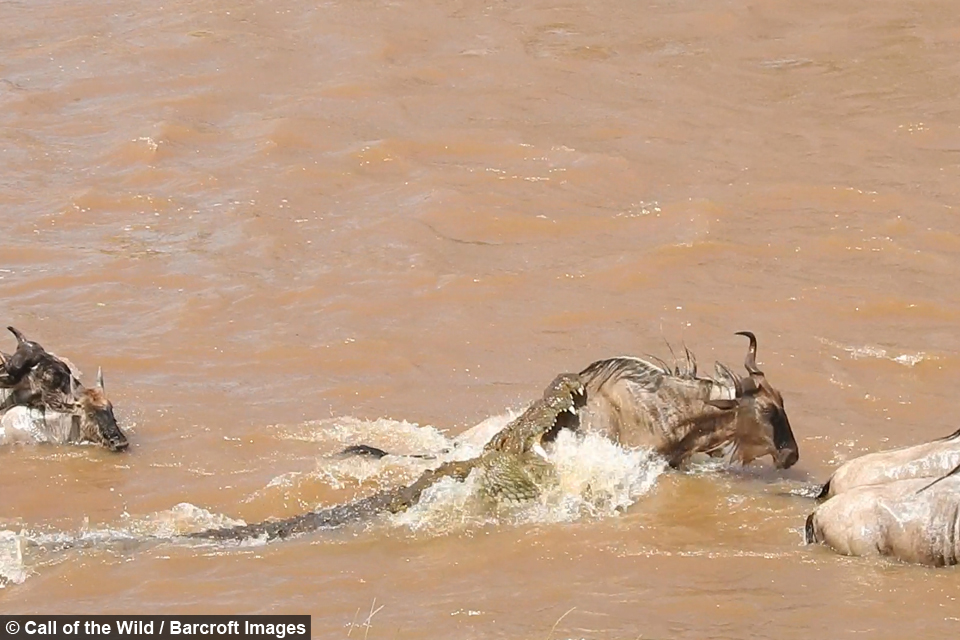 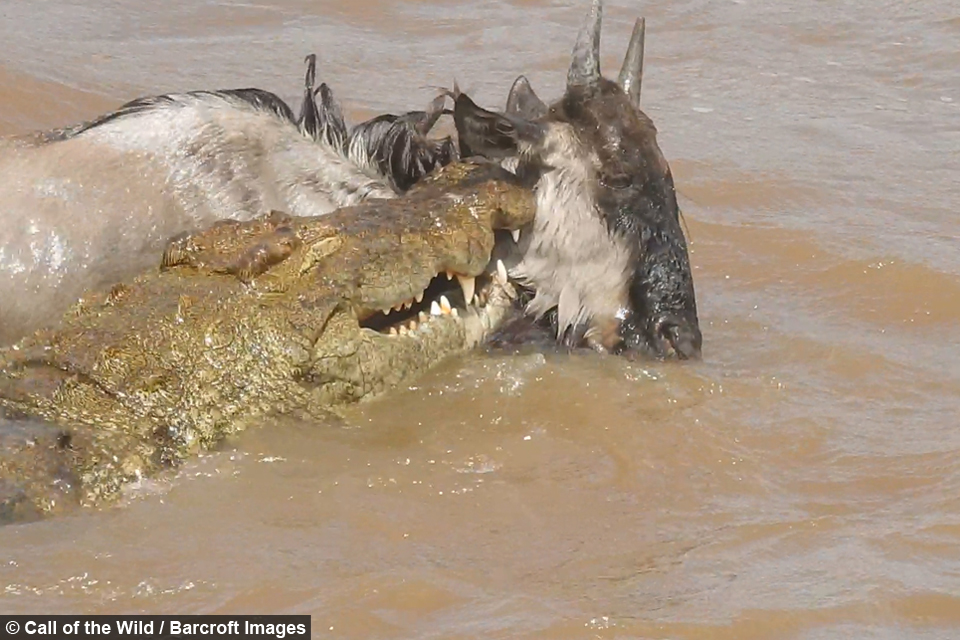