While working as a Safari Guide at Mara Intrepids Camp near the Masai Mara, Dennis Waweru Mbugua came across this horde of hungry crocs.

The safari guide said: “During the months of June, July, August, September, October and sometimes November, the migration happens.

“On this particular sighting I had gone on an extended morning safari where I had carried picnic breakfast with me to stay a bit longer at the river, because animals going to the river crossing can sometimes take a long time.

“As I always tell people when we go for a river crossing, ‘You must always come with a bag of patience!’”

Luckily the group only had to wait about 30 minutes before the zebra arrived and started to dive into the crocodile infested river.

Mbugua said: “I kept my distance at the river so as not to disturb the animals while they were getting closer and closer to the river.

“Once a few of them were in the river, I got closer to the river to get the action close up. As they were crossing, the crocodiles started swimming towards them and that's when the killings begun.

“There were some hippos that were not very happy with the disturbance of the zebras and crocs feeding but the crossing went on anyway.

“I have done this job for quite sometime now and I have to appreciate the fact that something has to die in order for another to survive, it’s called killing for a living.

“It’s always sad to see other animals die but it has to happen, some of my guests would cry but this is nature at its best.”

Dennis, who has been a safari guide for over ten years, estimates about 20 crocodiles were lurking in wait for the zebra, but the crossing usually has over 60 resident crocodiles.

Although Mbugua has witnessed hundreds of wild animal deaths as a safari guide, he says they never get any less fascinating as he waits to see which unlucky animal will be dragged under for dinner.

“It is tense and exciting because you don’t know what will happen next!

“I have seen the brutality of nature on many occasions and it’s always exciting. I can never get enough of this!” 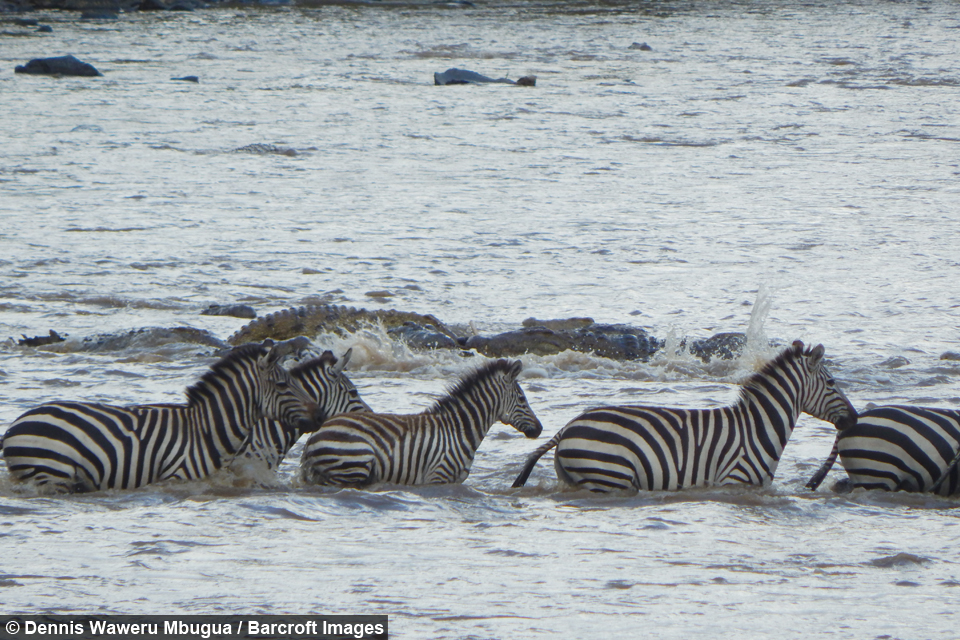 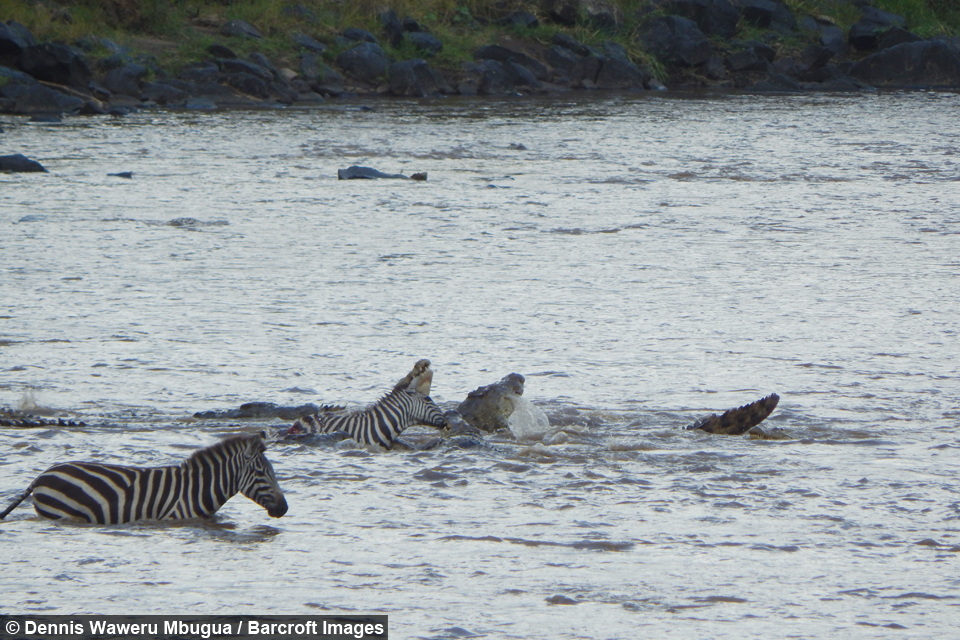 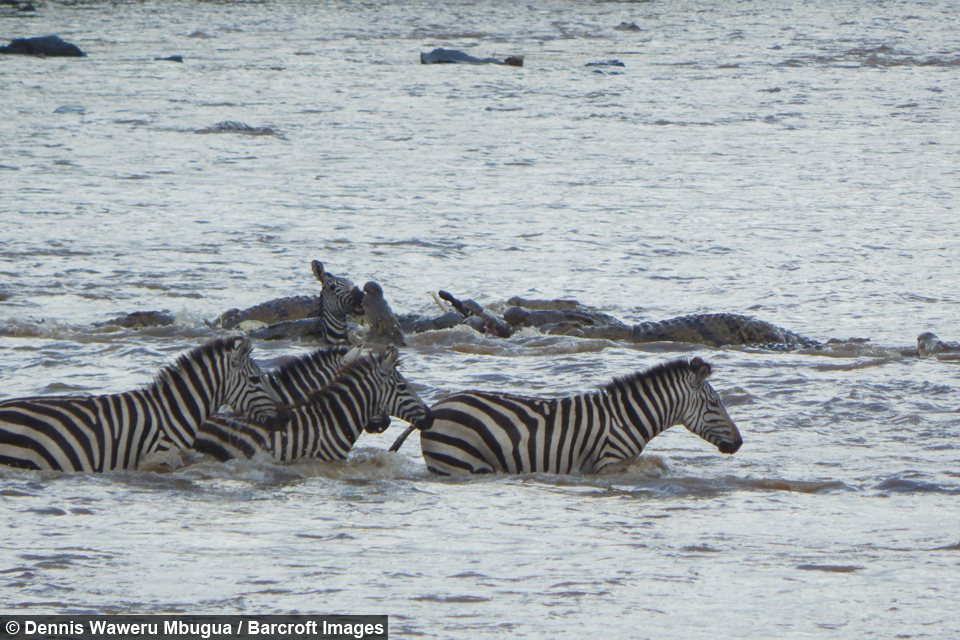 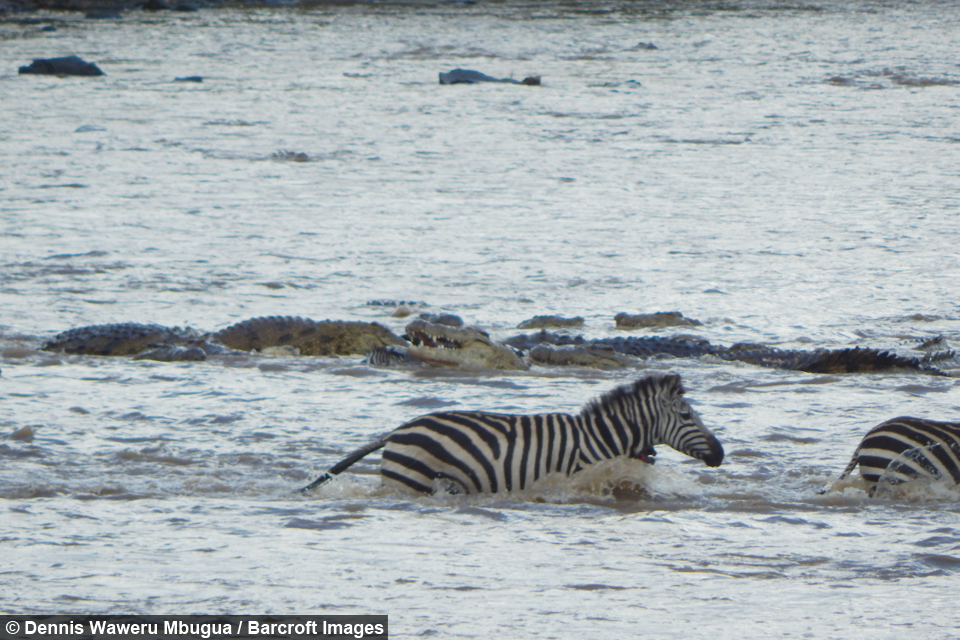 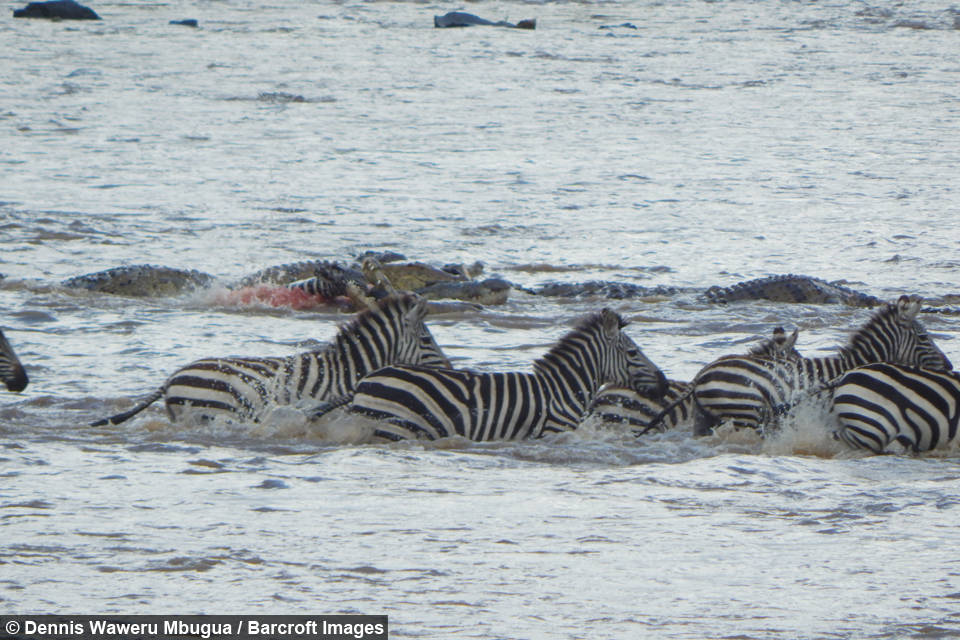 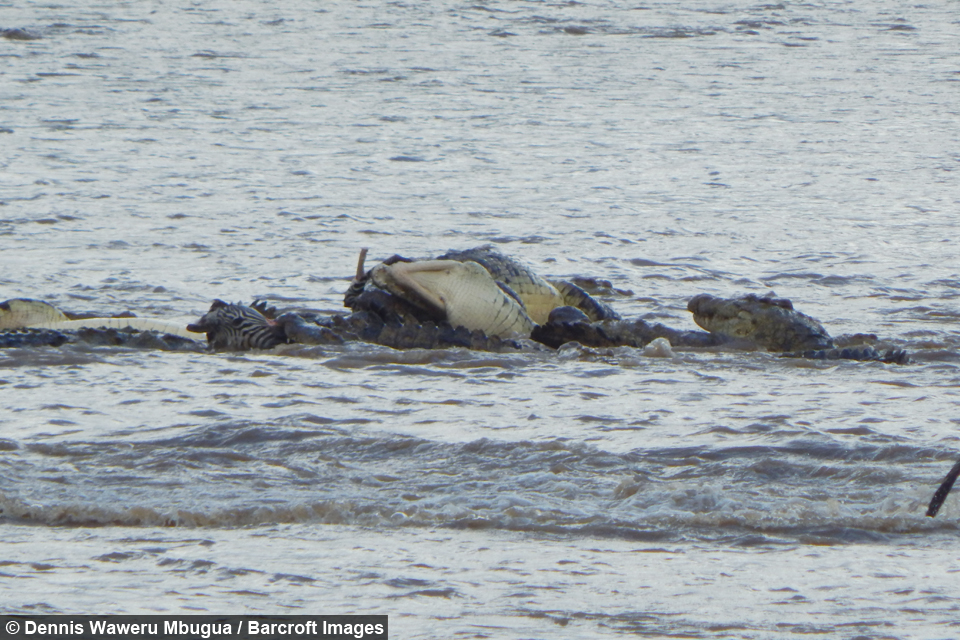