How The Pros Film Crocodiles Up Close

The intense footage, filmed in June this year, shows how their tactics were successful with the team intimately swimming next to six colossal crocs.

“I don’t know if those things played into it or not, but either way we got really close to the crocodiles and we were safe.

“When I was swimming with the crocodiles I was in this excited, tranquil, nervous, happy state all at once – I mean it was just every kind of emotion you can imagine all at once while being in the water.”

Both Forrest and Mark are hiding the exact location of their filming so other people do not try and replicate their astonishing crocodile discoveries.

Mark said: “These creatures are just phenomenal, when you see them up close, the power they have, the grace they have, it’s incredible to see.

“We’re always looking to show stories about animals that people haven’t seen before.

“This was a really interesting one to us because it showed animals, that are thought of as dangerous, in a capacity that we could interact with them.”

It was nothing but their love for crocodiles that inspired the team to get so close to the sneaky predators.

“Both Mark and I are huge reptile nerds, we both grew up having tons and tons of reptiles and the crocodile is the ultimate reptile,” Forrest added.

“So in our quest to make this nature film, and to explore this new perspective of crocodiles, we found this clear water area.”

With up to six crocodiles swimming around them at one time, both Forrest and Mark had to remain on high alert.

Forrest said: “Mark and I would really like to stress that this is not something for everybody.

“We are trained professionals, we’re wildlife biologists – this is what we do for a living.

“This is not something that just anyone should go out and try and jump in the water with the crocodiles. You will get hurt or you will hurt the animal.”

The footage forms part of a longer film the team are making called Dancing with Dragons.

How The Pros Film Crocodiles Up Close 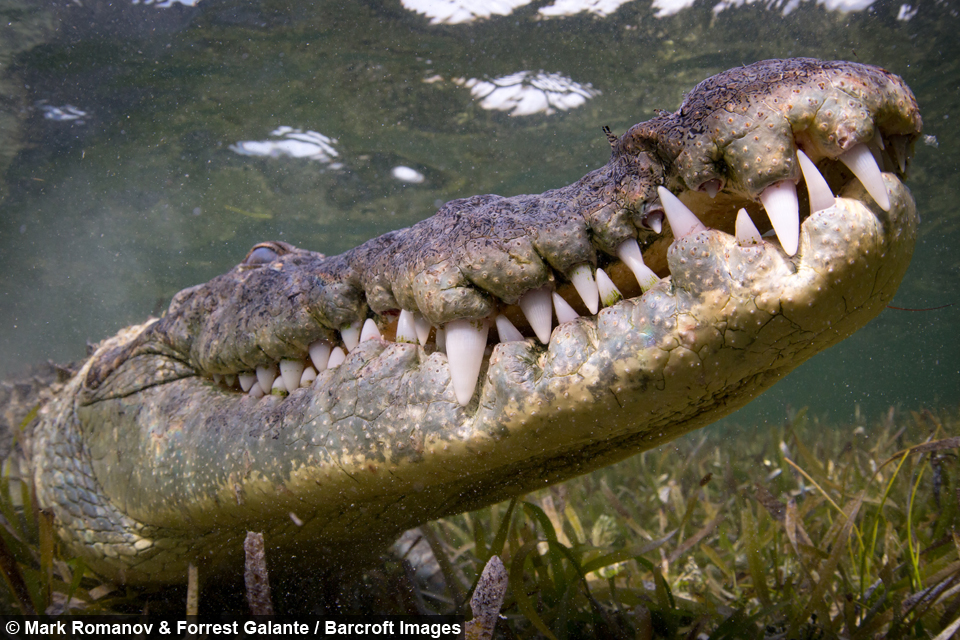 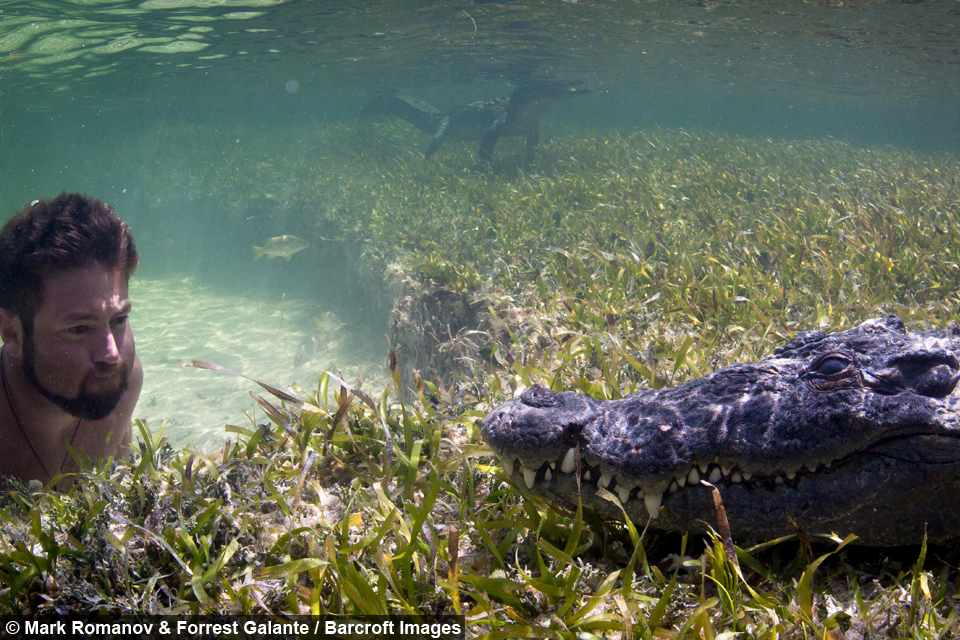 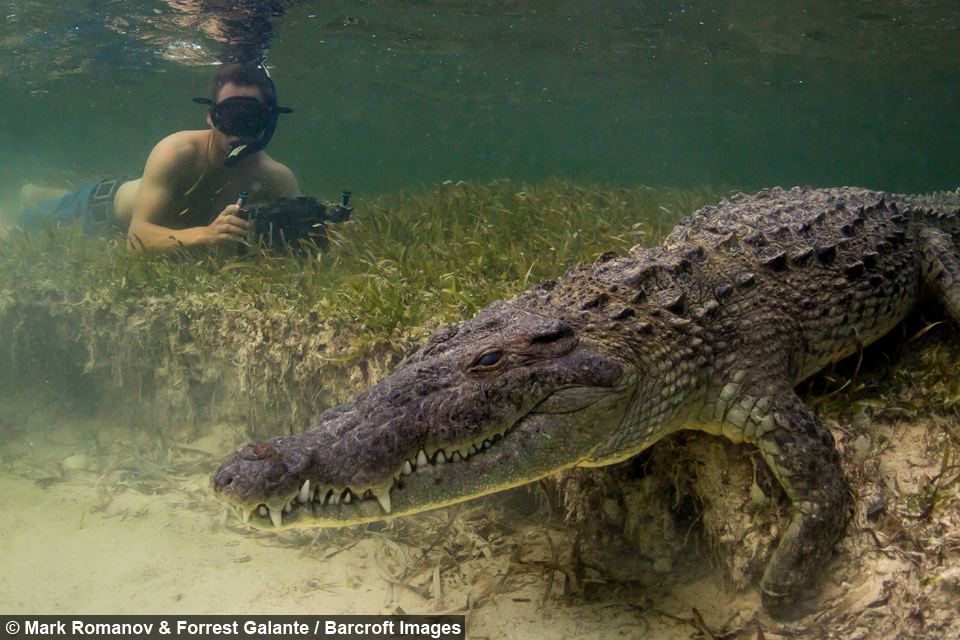 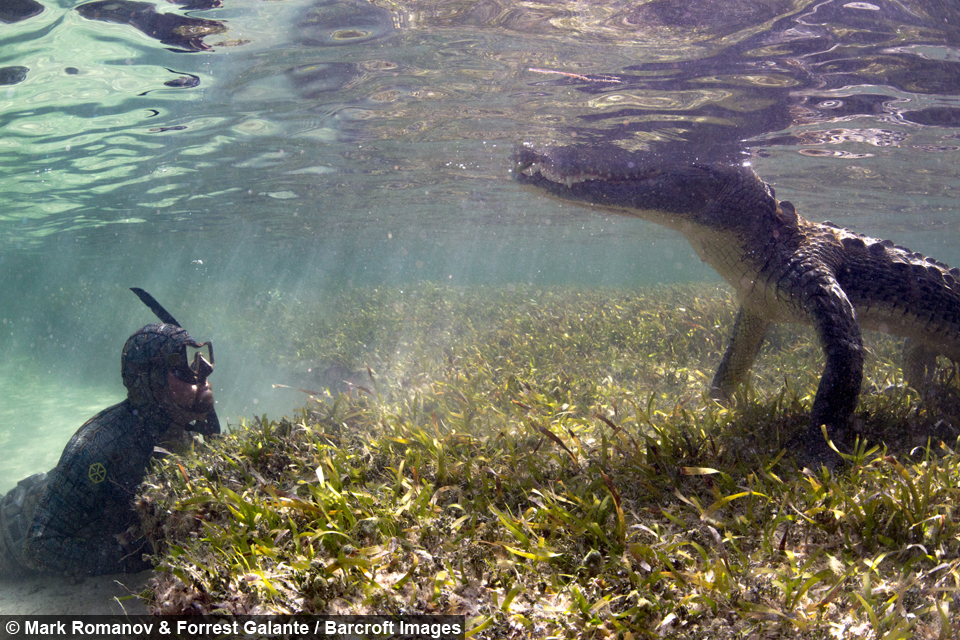 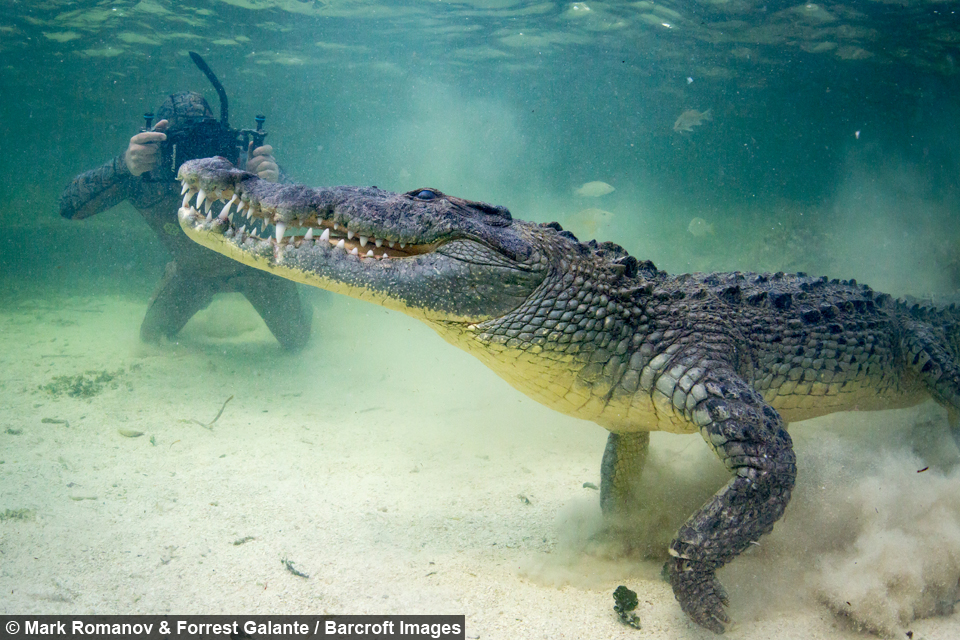 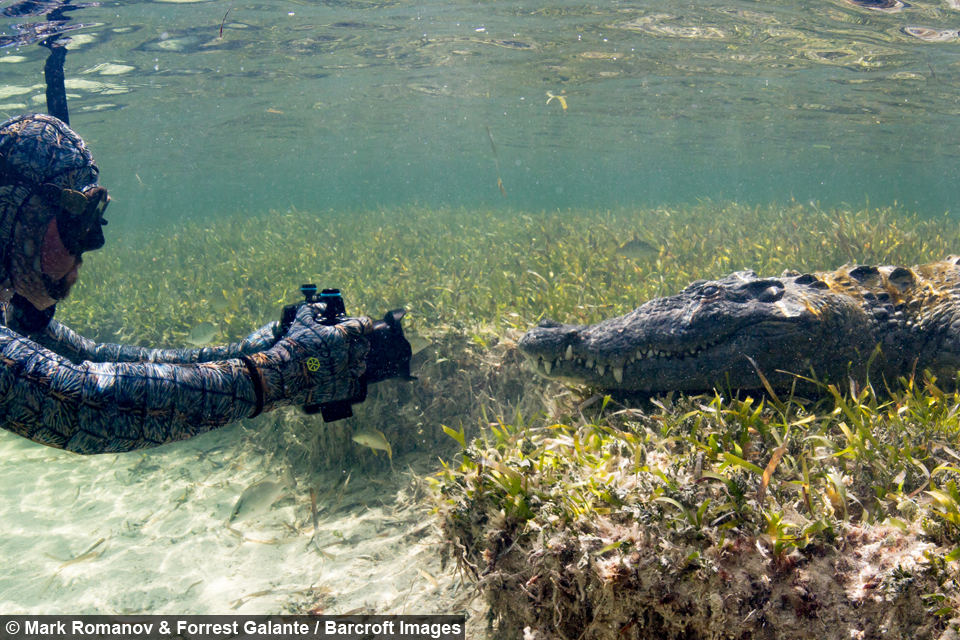 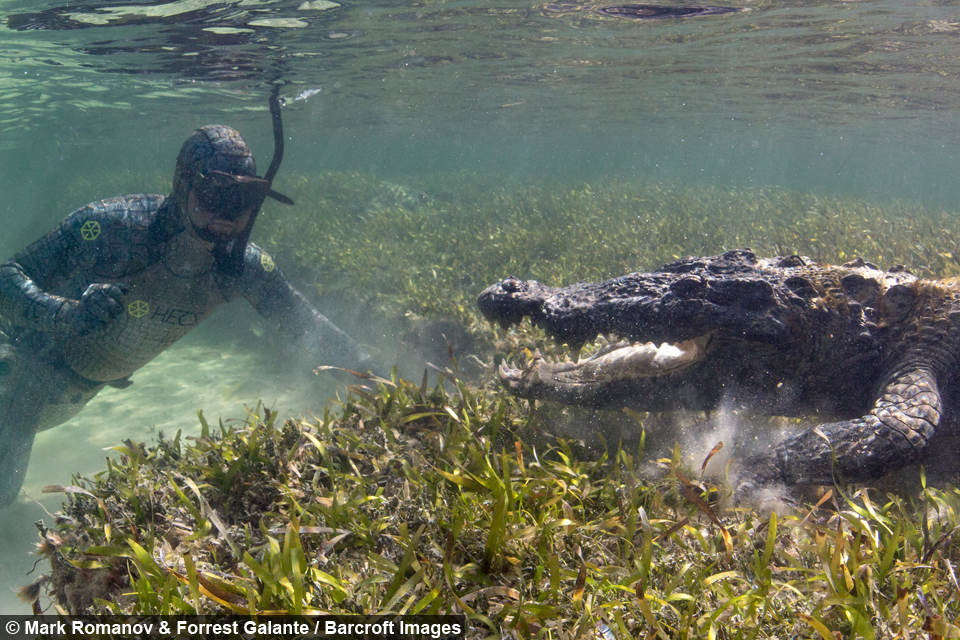