Charles the American Sable rabbit was found trapped in a garden hose under a bush in the mountains of Santa Cruz, California by Elise Oliphant and her fiancé, three years ago.

With her big brown eyes and beautiful colouring, the couple melted at the sight of her, but quickly realised there was something wrong.

Elise, from San Diego, said: “When we found Charles she was unable to move her back legs. We took her to the vet for X-Rays, which determined that she'd suffered a fractured spine.

“Over the course of a few weeks she began to regain movement in her back legs, she can kick and move them now but she lacks the ability to hold her back body in an upright position.”

Determined to get Charles mobile again, Elise ordered the bunny a special rabbit wheelchair from US based company Dogs To Go - who specialise in carts for disabled animals of all kinds.

Charles’ wheelchair is made of PVC pipe, a suspender strap, bandage and Styrofoam, and it enables her to hop around.

Elise said: "When she is out of her cart she lays on one side and scoots around her special bed. While in her cart she can kick her legs and propel herself forward. She is a very strong bunny!"

Nicknamed ChiChi - the couple named her Charles as they originally thought she was male - Charles now has a lop-eared rabbit boyfriend called Mr. Magoo, who is partially blind.

The rabbit owner said: “They cuddle, groom each other, look out for each other and are a prime example of pure and true love. If Charles falls out of her cart, which she occasionally does, Mr. Magoo will stand by her side and hop around her until someone comes to right her.

“Charles has always been a resilient bunny but ever since introducing her to Mr. Magoo we've witnessed an amazing transformation in her. It seems her enthusiasm for life, her love for her cart and her desire to be near her humans all increased greatly once Mr. Magoo hopped into her life.”

She added: “Caring for Charles and Mr. Magoo is one of the most rewarding things I've ever had the privilege to do. I'd like to abolish any stigma around adopting disabled pets because I believe that if their morale is high, they are eating, going to the bathroom, comfortable and enthusiastic about moving forward they must be given a second chance.

“A little love and patience will go a long way and the gratitude these animals express in return is remarkable. It's unlike anything I've ever experienced. Yes it takes a little extra time in the morning; yes, cleaning their bed or their pen is a little more intensive, but it is all worth it, and it is something I've learned to love to do.” 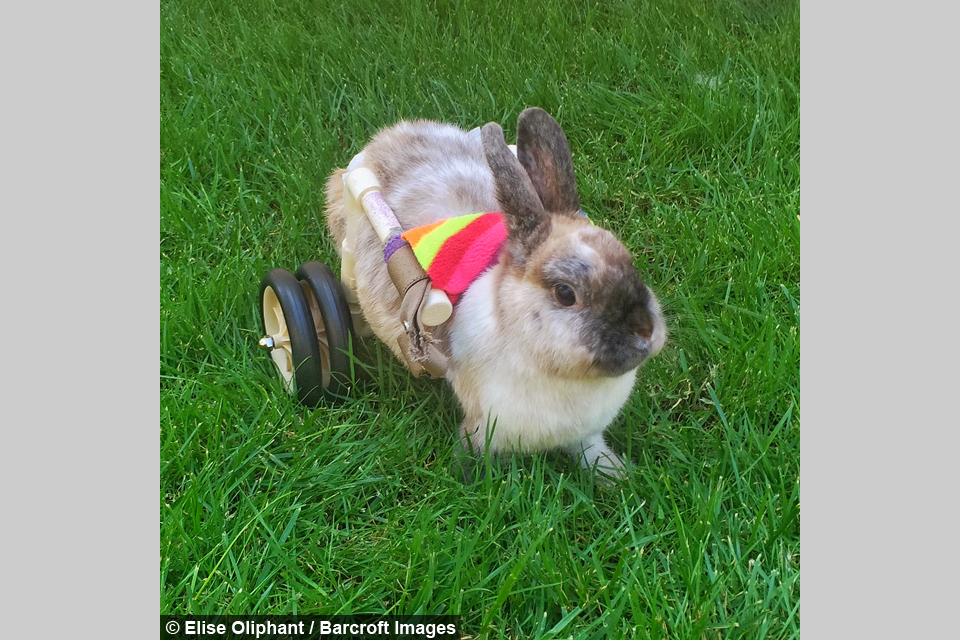 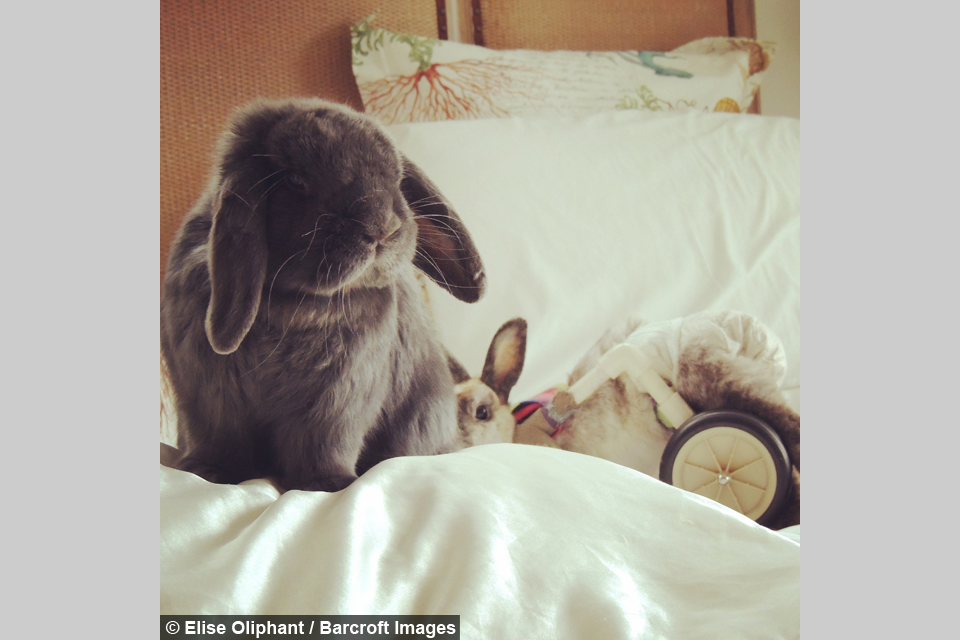 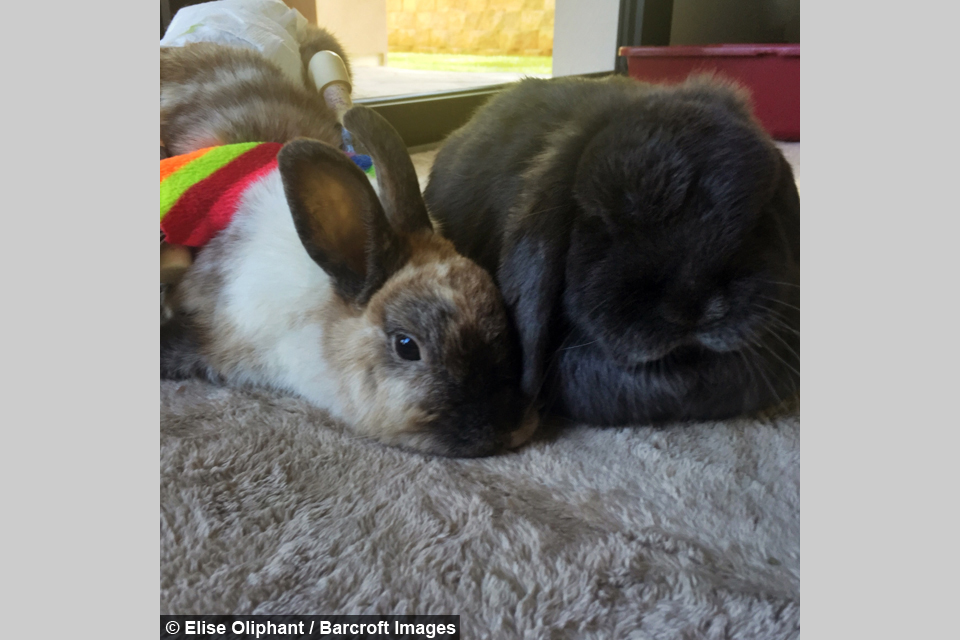 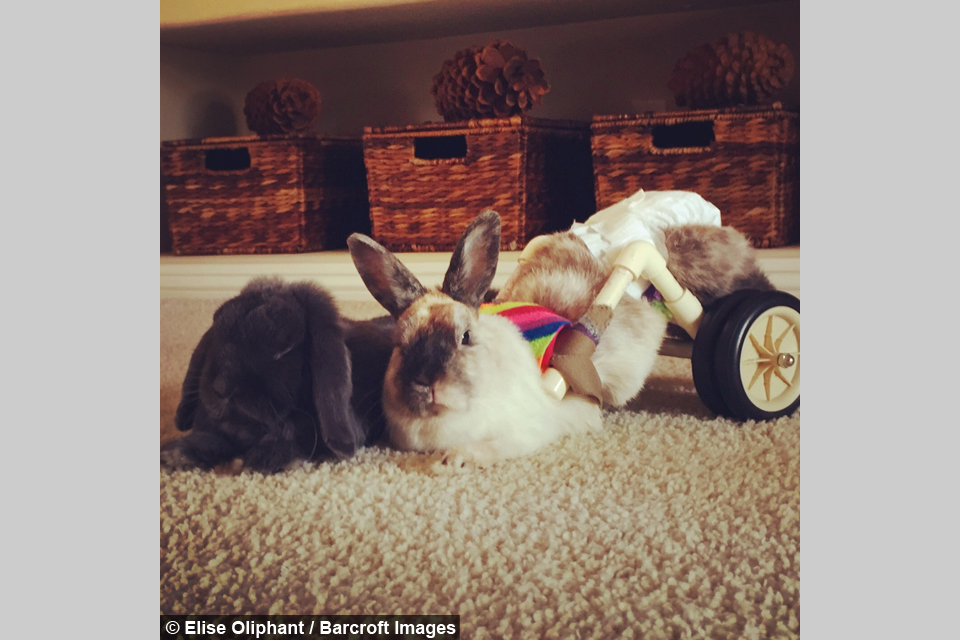 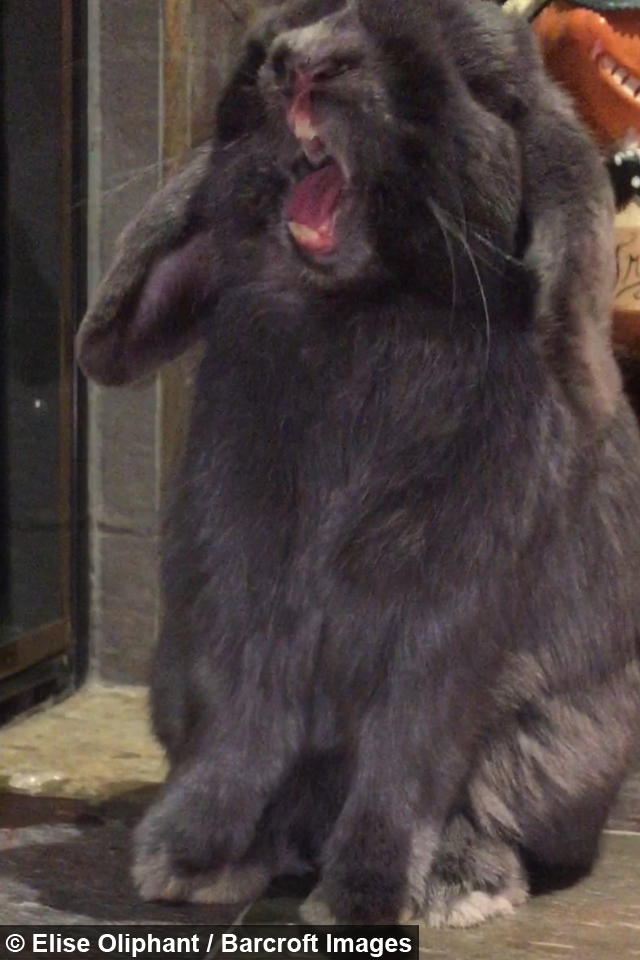 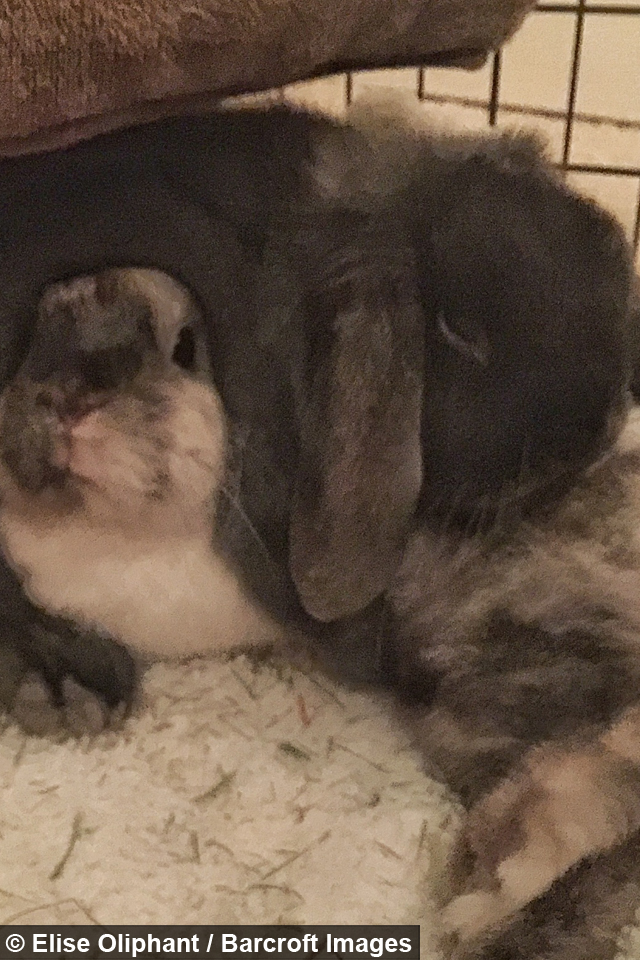 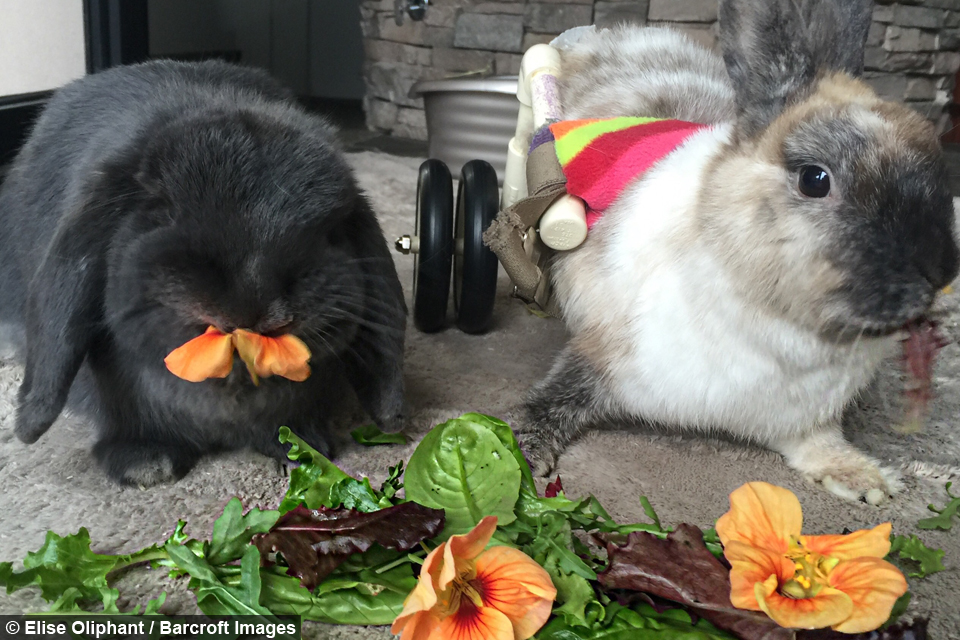