In 2013, photographer and marine tour guides Rainer and Silke Schimpf spotted a young killer whale, who they named Sira, with a missing dorsal fin and right-side pectoral fin, leaving him unable to hunt for himself.

But rather than be left to fend for itself or - even worse - die the young calf appeared to be cared for by members of its pod, which shared food with the youngster.

Four years later, by chance and coincidence, Rainer and Silke were out at sea in Algoa Bay, South Africa, documenting a pod of 1000 common dolphin hunting sardine when they had the surprise of a lifetime.

Rainer said: “We had been following this massive pod of dolphins for a couple of months with different film crews as well as tourists and on this particular day we encoutnered the dolphins we realised they were very nervous.

“Bearing in mind that orcas had been sighted in Cape Town about 800km away, 5-6 days prior, we knew that there was a good chance that orcas would actually be present.”

As the dolphins suddenly sped up, Rainer and his team noticed a pod of five orcas hunting the dolphin in front of the boat.

Rainer said: “We realised that one of the killer whales was our old friend Sira, who is a handicapped whale, which we had encountered first in 2013.”

When Rainer and Silke had first spotted Sira, the young killer whale appeared to follow the rest of the pod at a distance - swimming slower than the others and incapable to hunt.

But four years later, the couple were surprised to see that not only was Sira almost fully grown, but also appeared to be the leader of the pod.

Rainer said: “When we first saw that orca, he was a baby, about 3 and a half metres long and now this particular orca is almost fully grown to about 4 and a half to 5 metres and appeared to be the leader of the pod.”

The pod also included a female with a bent dorsal fin like the killer whale in Free Willy, a 'huge male' and four other females.

After spending an hour and a half following the pod of killer whales, Rainer and Silke headed back to shore with the hope that they will continue to encounter the friendly orca for years to come.

Rainer said: “It is obviously very interesting to us and any of the data that we collect gets sent out to diverse researchers.

“Hopefully there will be a happy end for Sira the orca and we will meet again and again.” 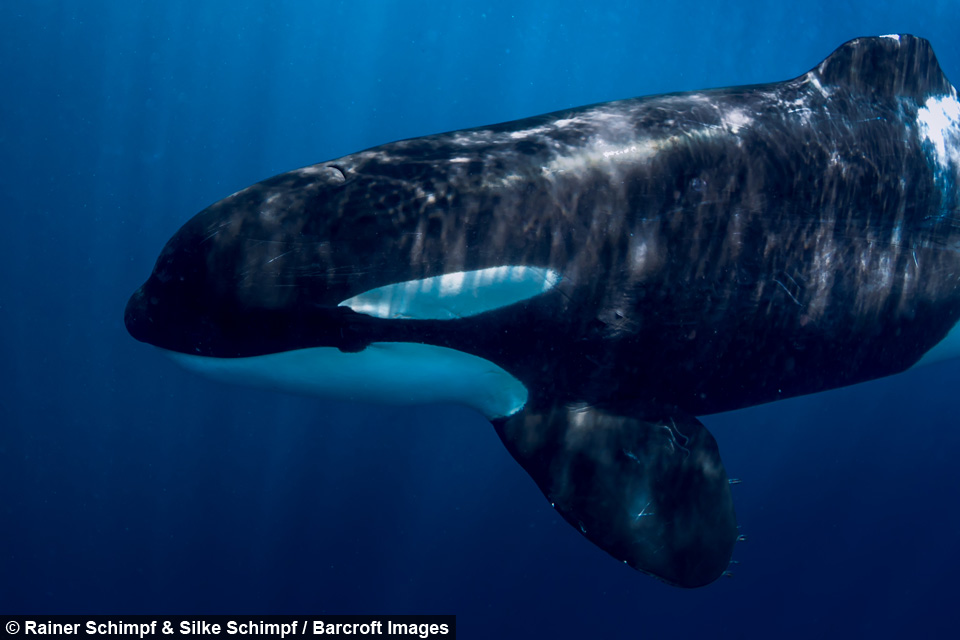 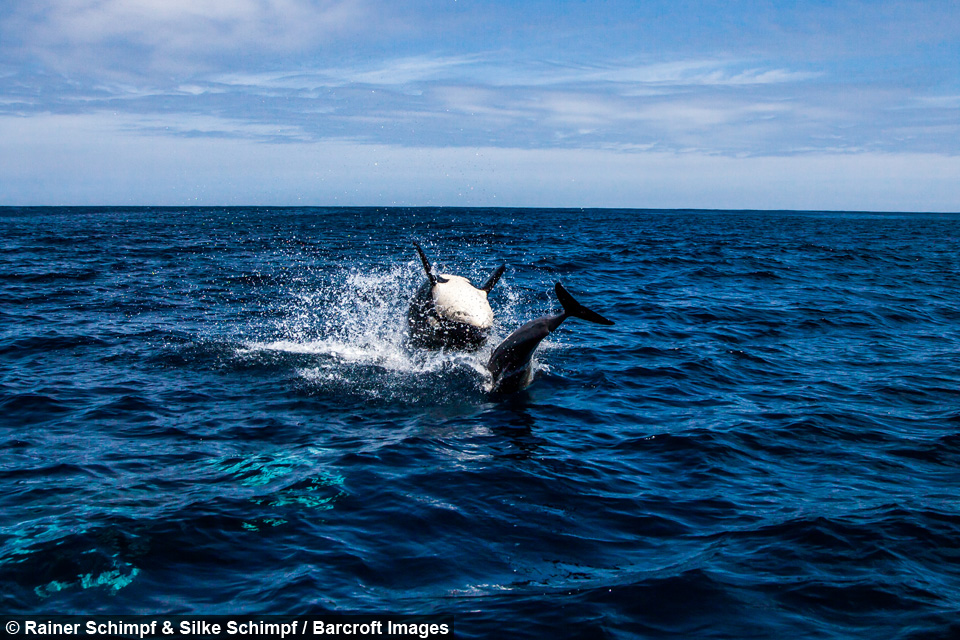 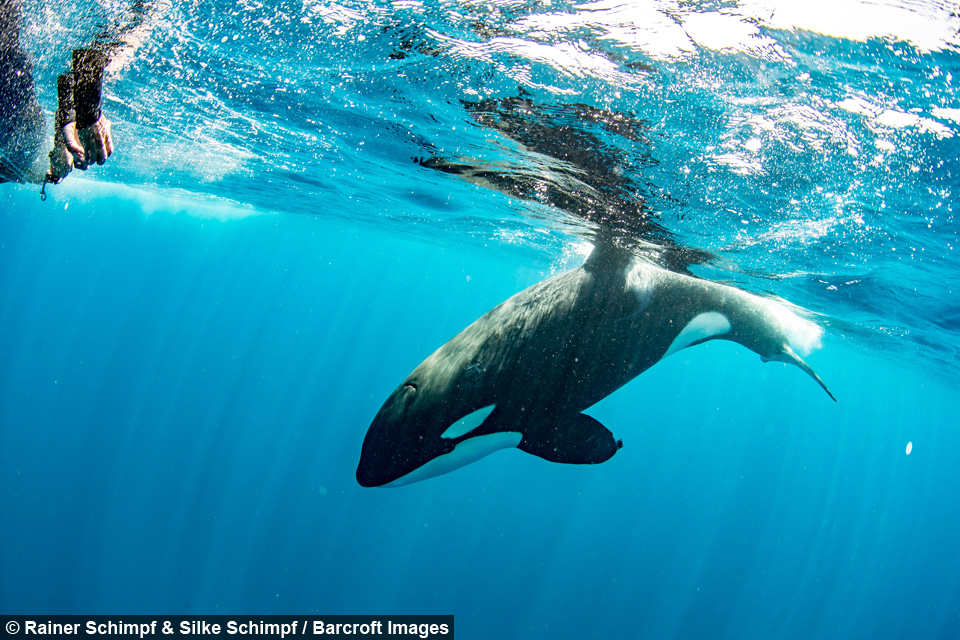 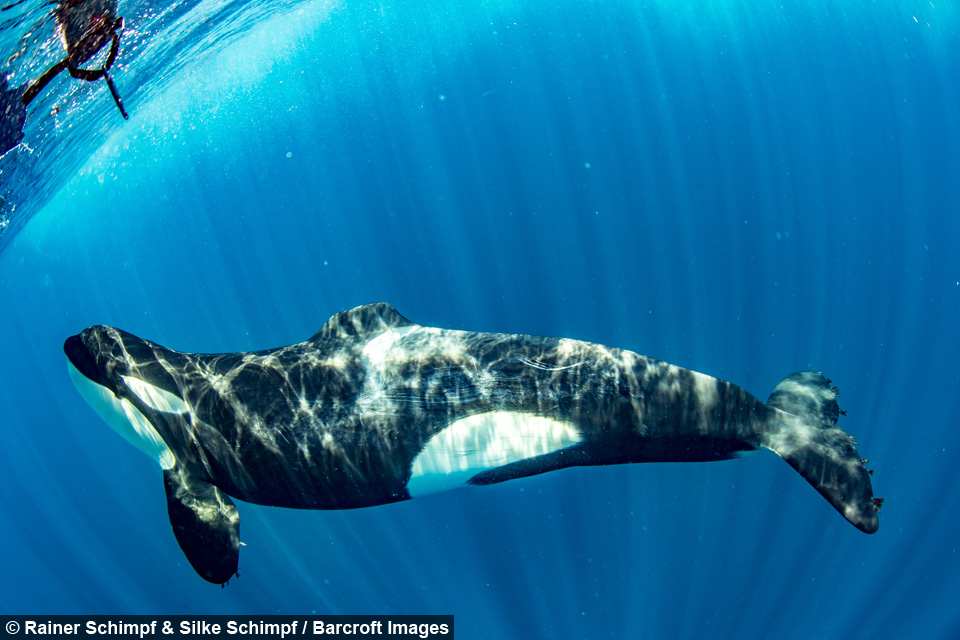 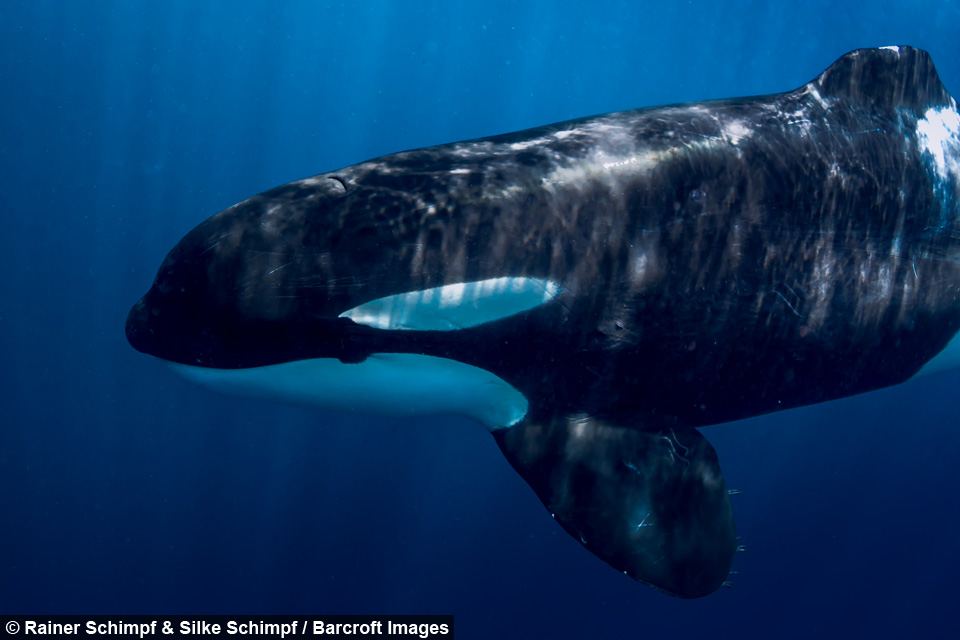 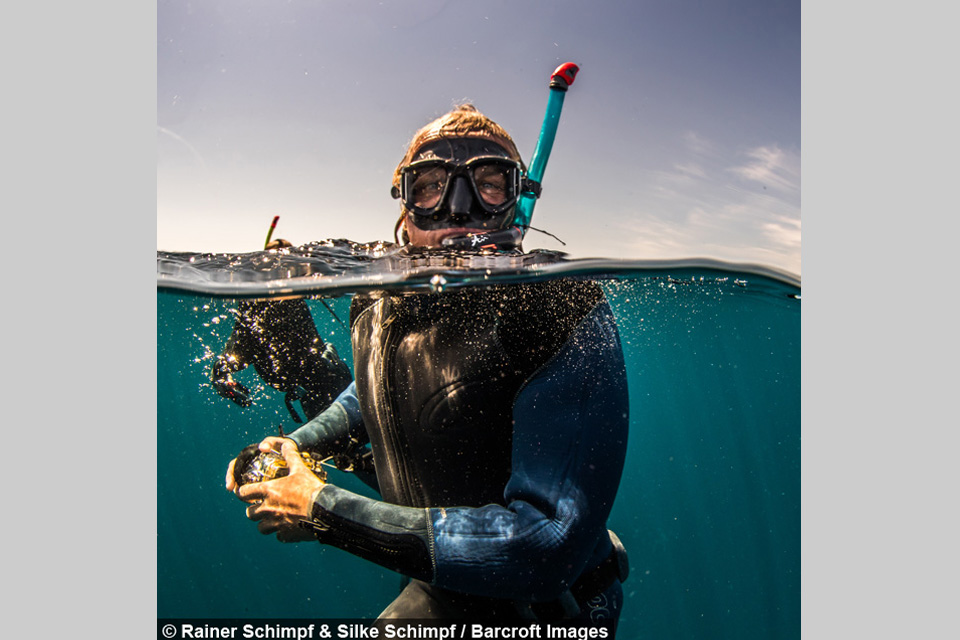