Dolphins Have A Lucky Escape from Net 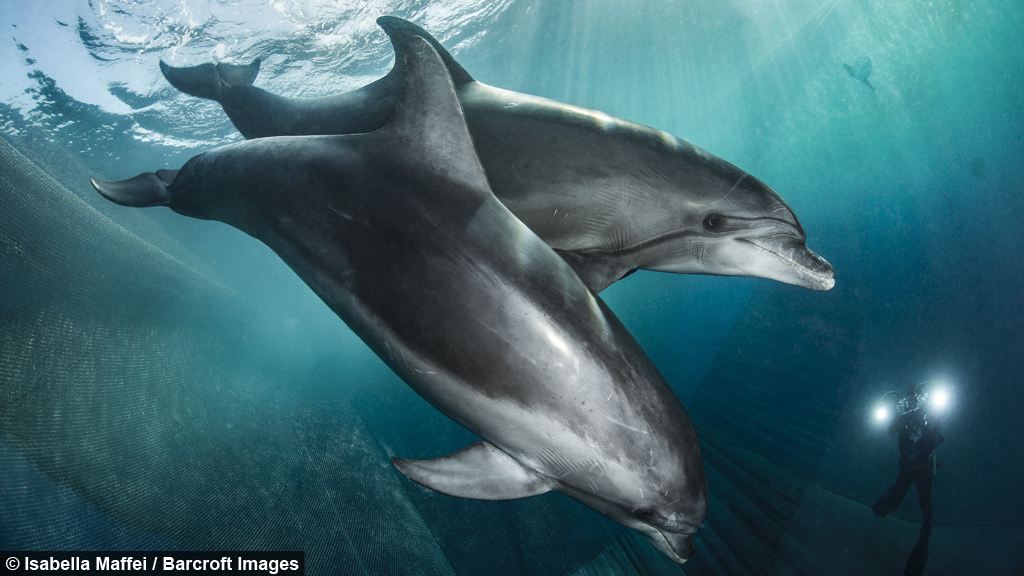 The moment was photographed in the Ligurian Sea between Camogli and Punta Chiappa by underwater photojournalist, Isabella Maffei in July 2016.

The traditional fishing method is called ‘tonnarella’, and uses a variety of chambers to disorientate and trap the fish. The method is accepted in protected areas as it doesn't damage the environment and selectively catches fish.

The photographer explained: "All of the fish of no commercial interest are left in the net. The uncollected fish species are left to break free on their own; the same way they went in, they would get out, but not without feeling stressed.

"For the first time in living memory, but above all for the first time documented and photographed, two dolphins, driven by curiosity or perhaps attracted by the fish, have entered the net.”

Despite the dolphins being in no real trouble, it was unsettling for the photographer to see the mammals trapped.

She said: "The joy of this unexpected encounter soon turned into the sorrow of seeing these beautiful creatures, so close to us, confined in a space that was reducing quickly.”

Isabella said: “While one was pushing down the net using his nose, the other freed himself rolling around on the belly. One last gentle greeting, a bow to my lens and then off to freedom"

These traditional methods of fishing are rarely used in the modern world, and the photographer wants to highlight how some dolphins are not so fortunate.

She said: "The concept of eco-sustainability is as old as the sea. Ever since humankind began to take advantage of its resources for a living. Preserve and not destroy.”

Dolphins Have A Lucky Escape from Net 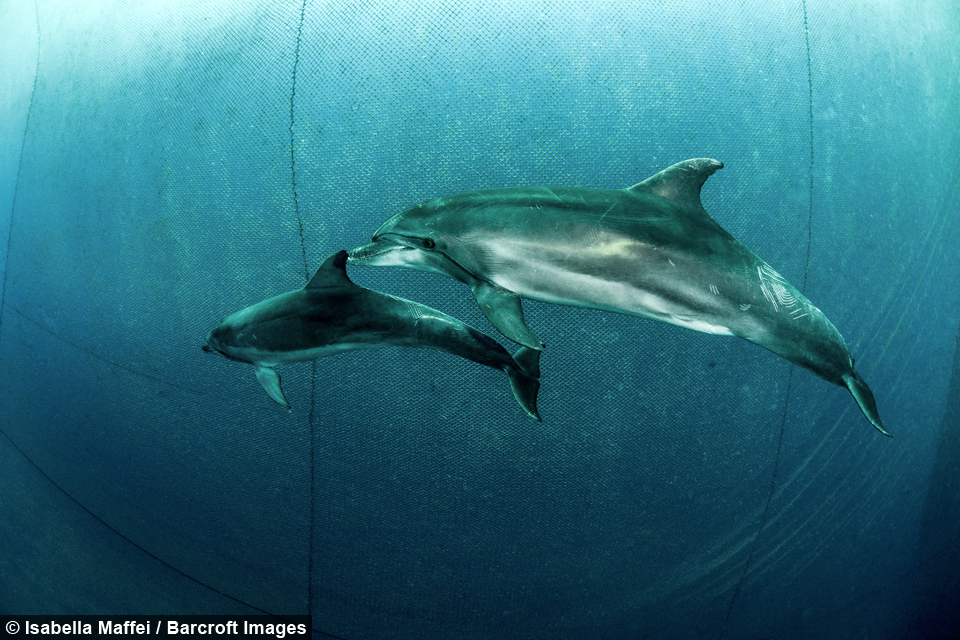 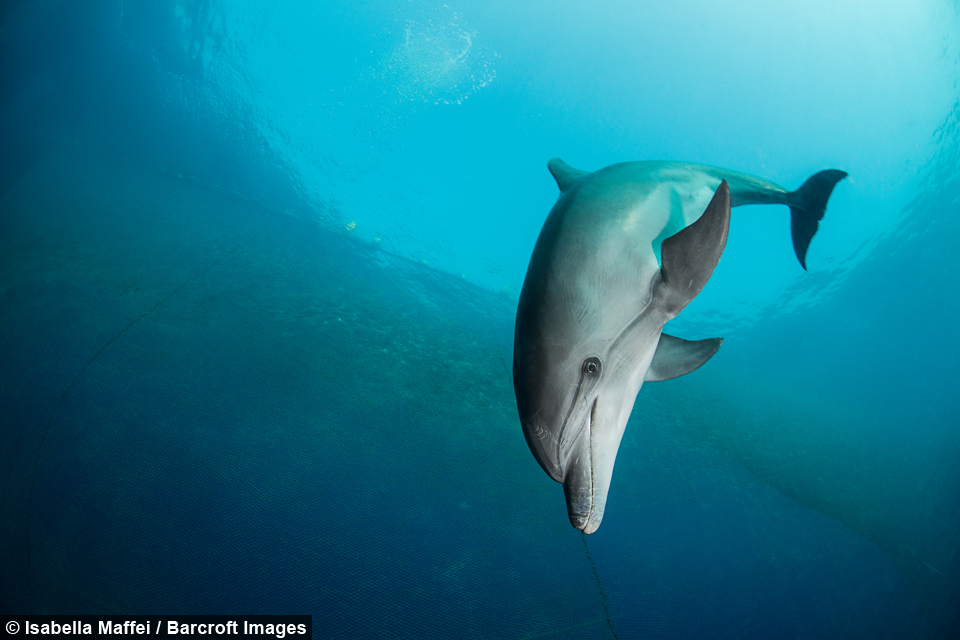 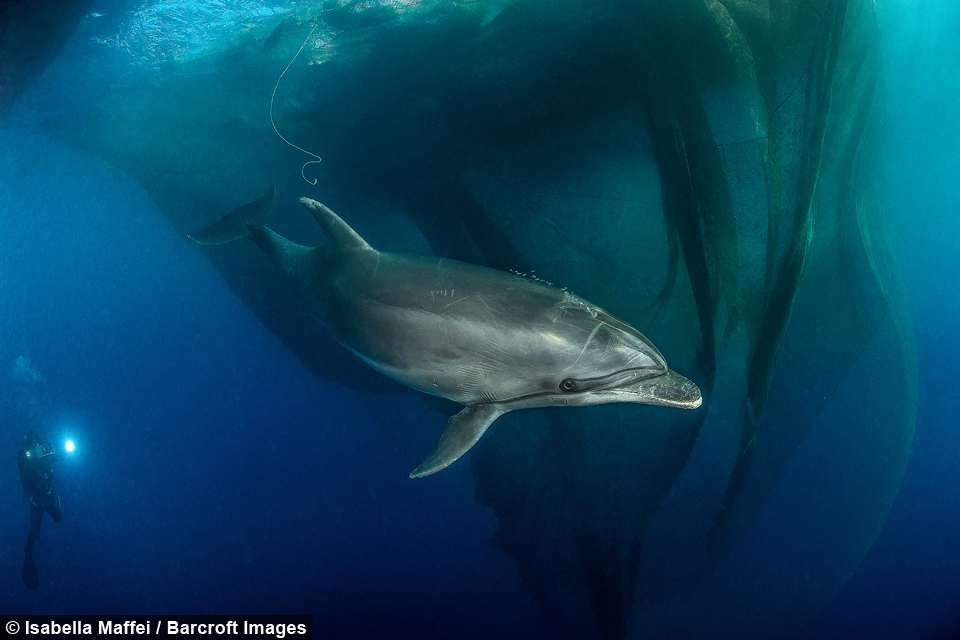 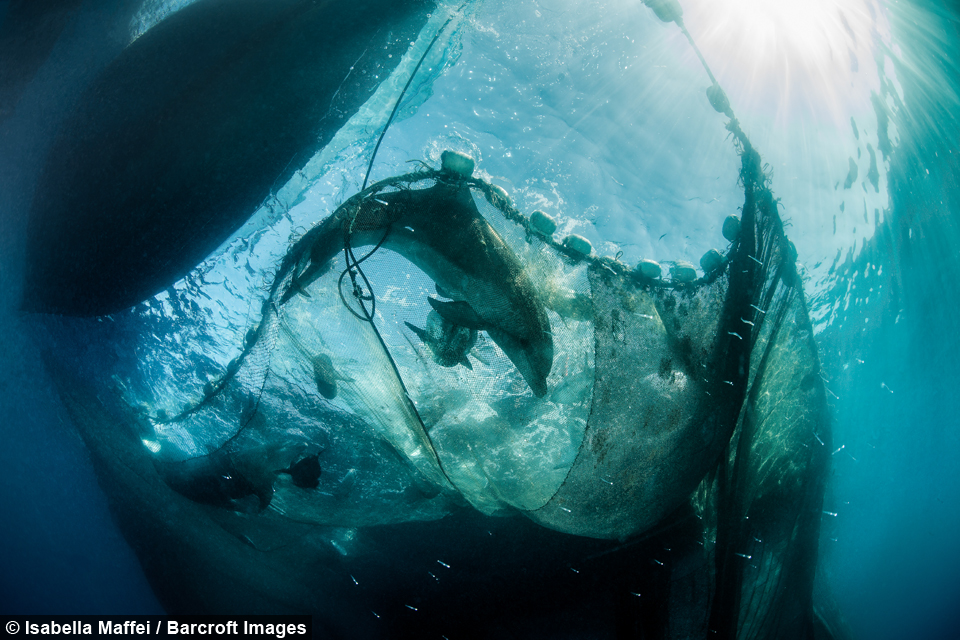 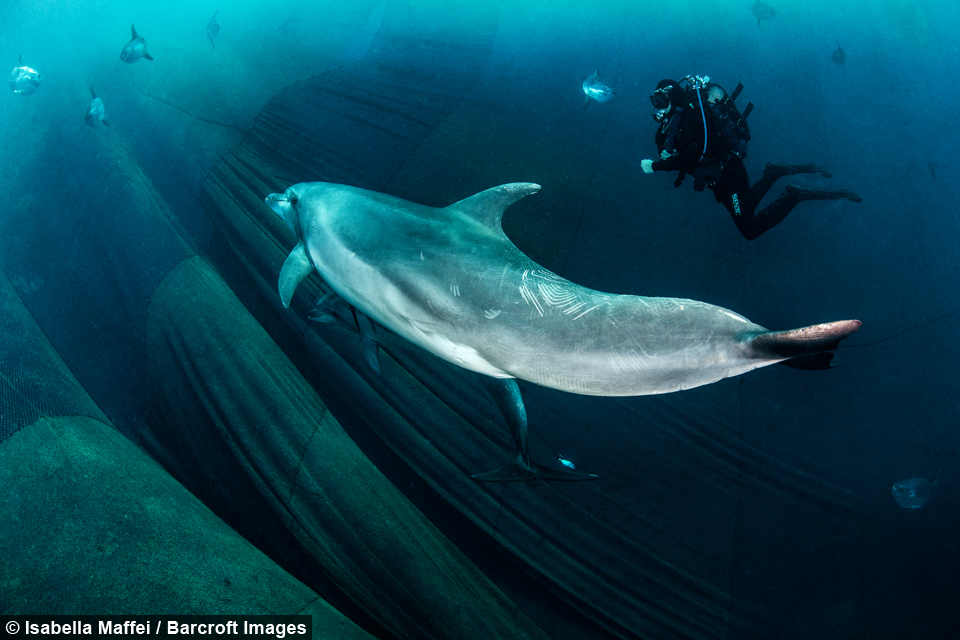 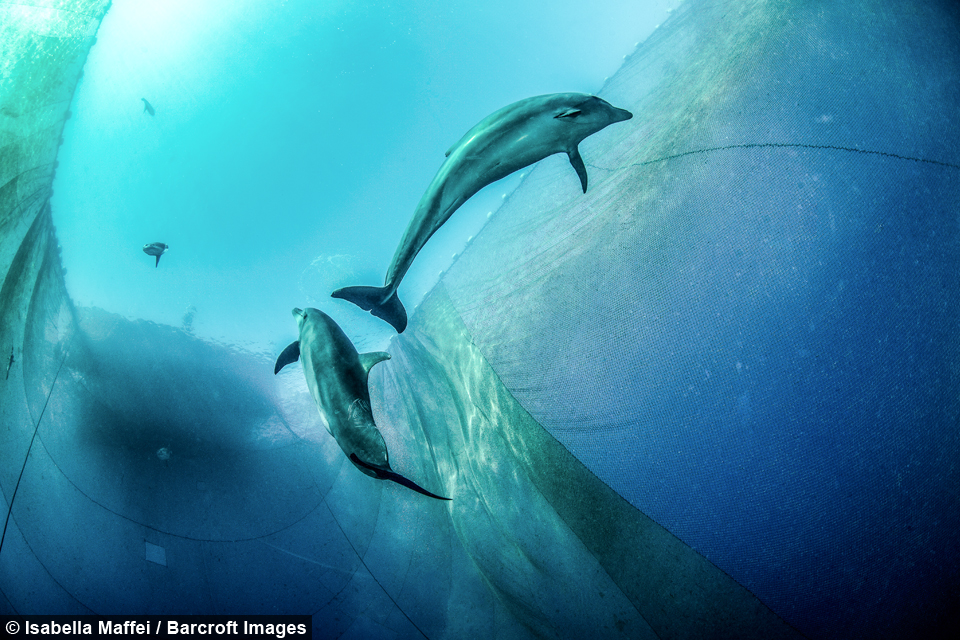 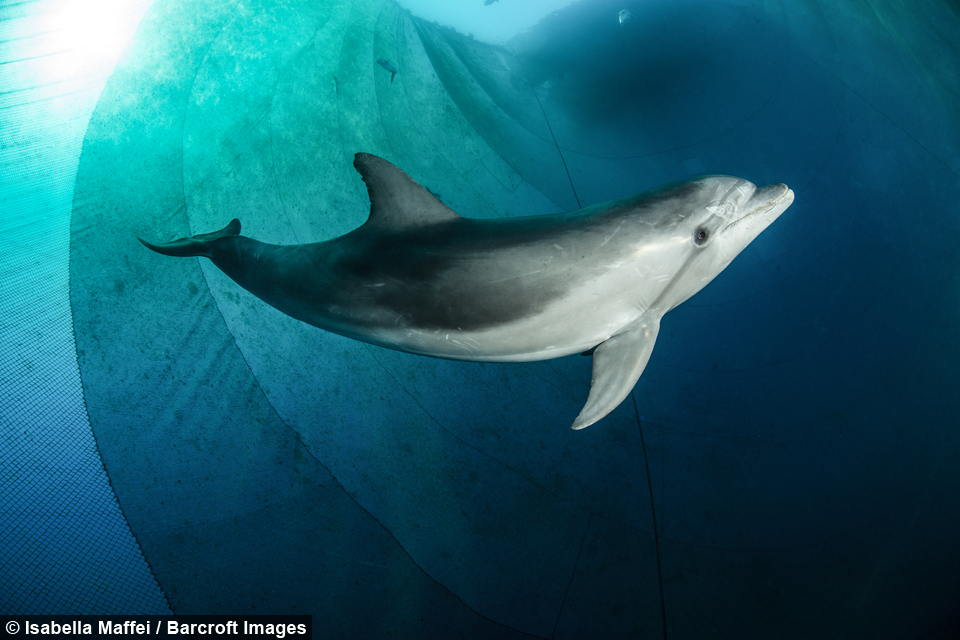