Whilst out on a drive with guests, professional safari guide Brett Horely was amazed to witness the bravery of a mongoose as it appeared to take on one of Africa’s most dangerous snakes.

Brett said: “It was a hot summer afternoon and we had not seen much in the afternoon. We came around a corner and our tracker Duncan spotted a black mamba sliding across the bush.

“The black mamba was quite a long one and at first no one noticed that it was being followed by a dwarf mongoose.”

In the wild dwarf mongoose thrive in most parts of Africa, living in woodlands, grasslands and rocky outcrops.

Like Meerkats, they build a network of burrows and build termite mounds, but they rarely stay in the same area for more than a few days at a time.

Black mamba snakes are Africa’s longest venomous snake and they can reach up to 14 feet in length.

They are also among the fastest snakes in the world, slithering at speeds of up to 12.5 mph.

Black mambas are extremely toxic and they are known to be highly aggressive when threatened as they strike repeatedly and inject a large volume of venom with each strike.

Brett felt “very lucky” to witness such a unique sighting and was amazed at the manner in which the mongooses kept on following the black mamba.

Impressed with the mongoose’s reaction time whenever the black mamba struck back, he said: “Never in my 14 years as a safari guide have I ever seen anything like this. The plucky little mongoose was just amazing.”

Eventually the snake found a tree and slithered all the way up to safety, away from the mongoose.

For the safari guide, this was a very unique and interesting sighting because of the two equally unique animals interacting with each other.

Brett said: “The contrast between the two is very noticeable because the dwarf mongoose is Africa’s smallest mammalian carnivore, while the black mamba is the most dangerous snake in Africa.

“It was truly incredible.” 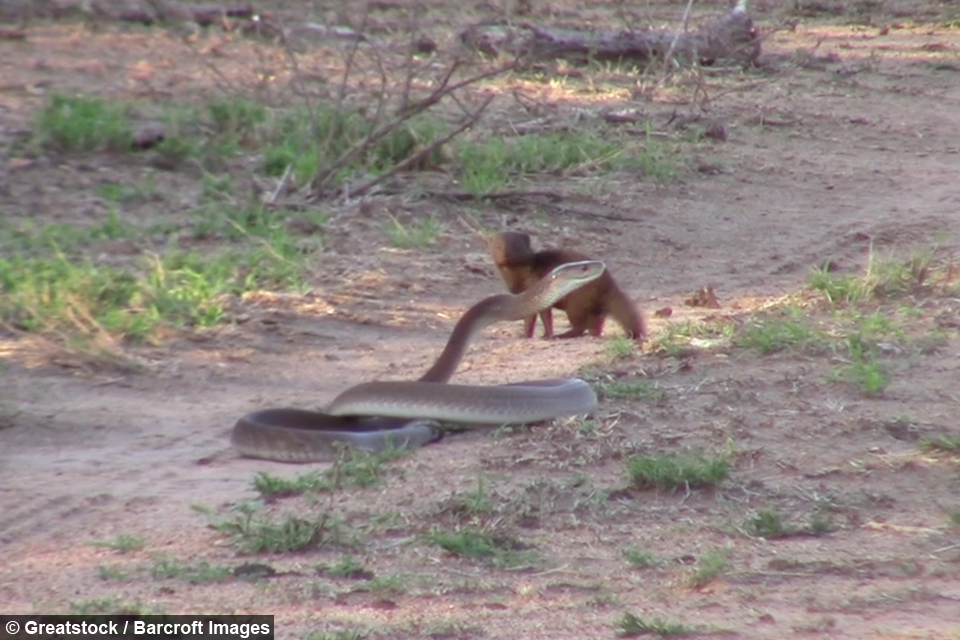 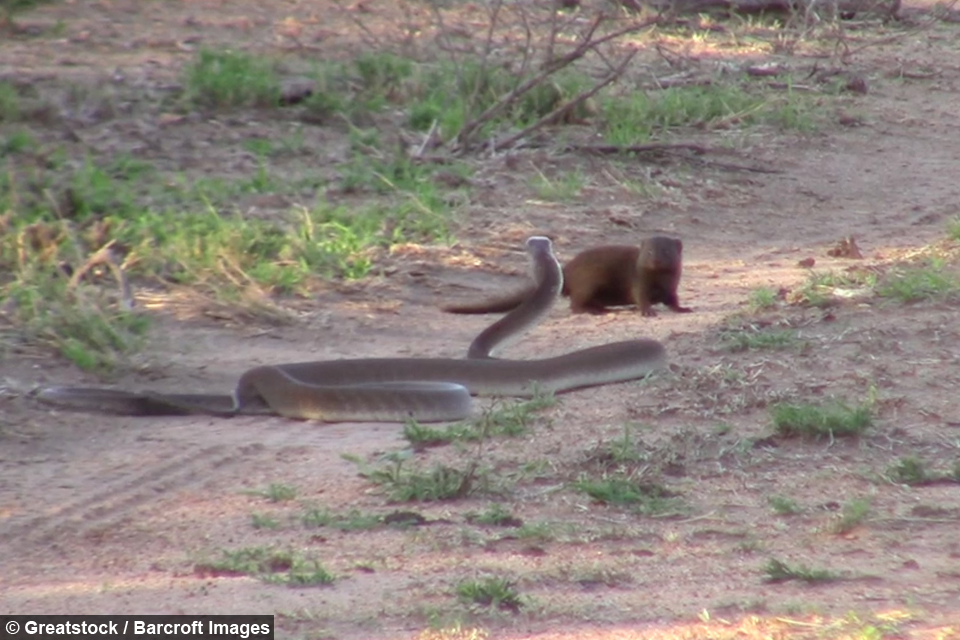 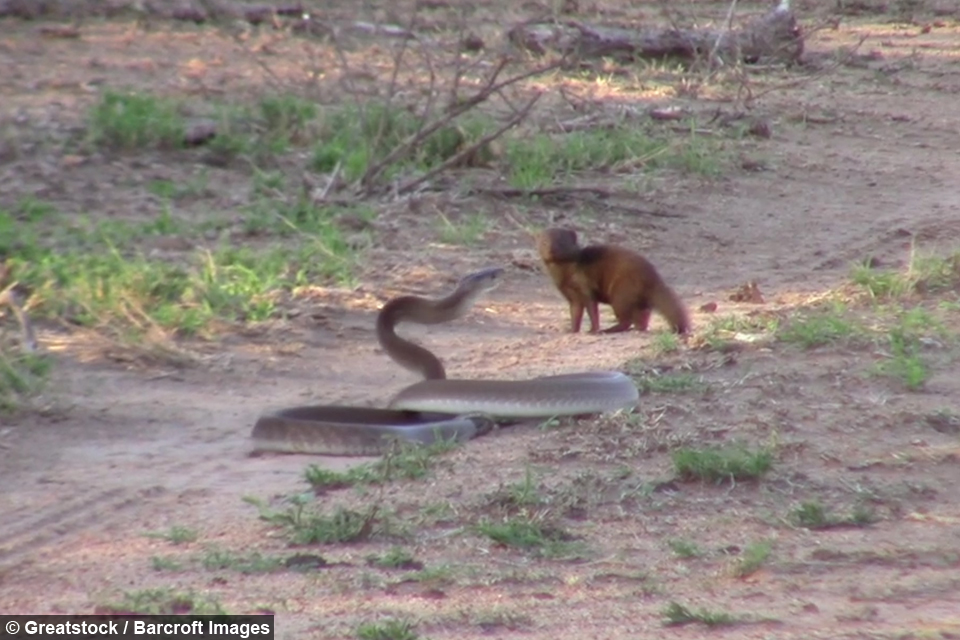 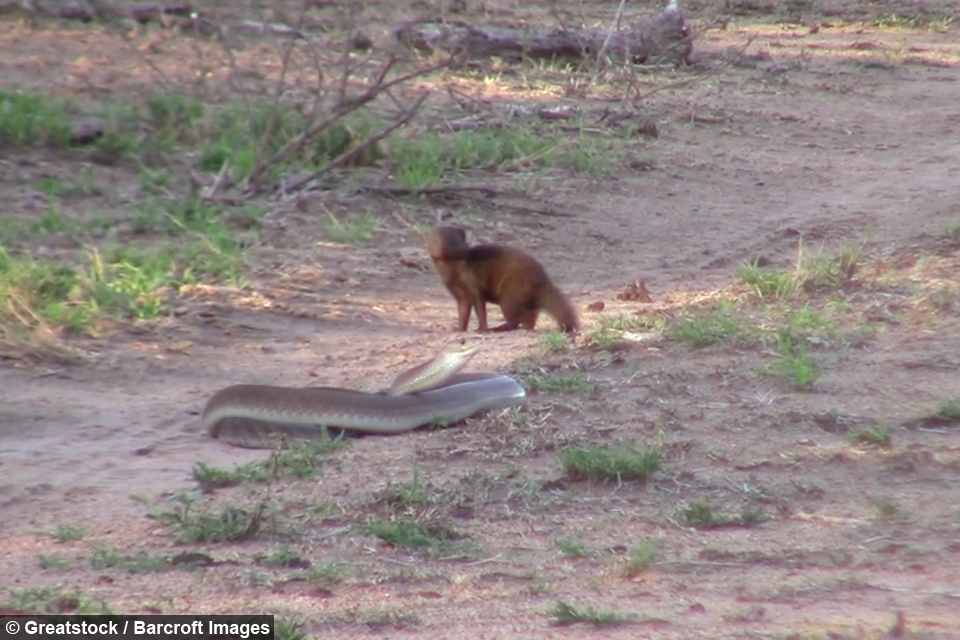 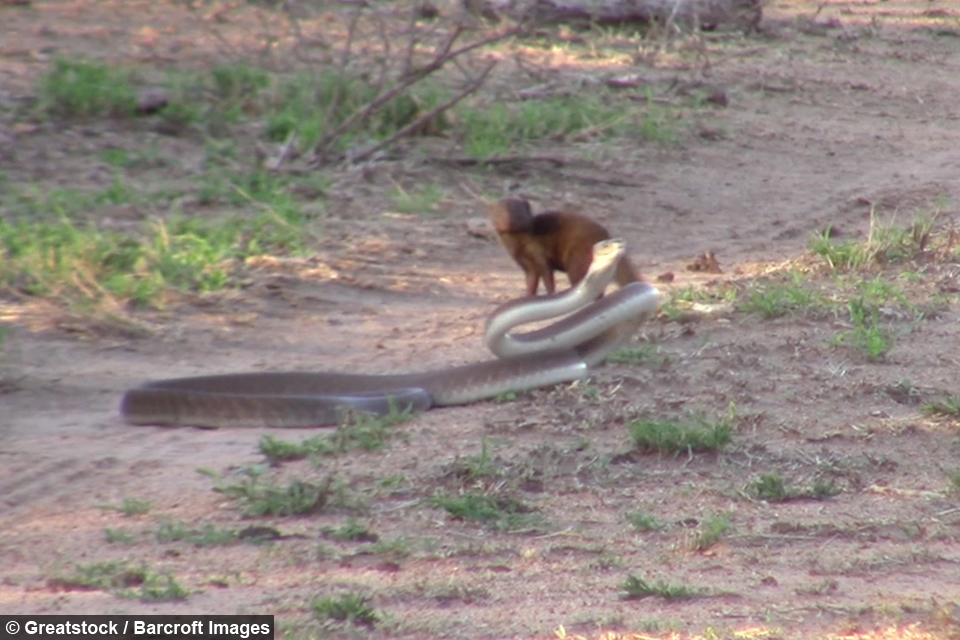