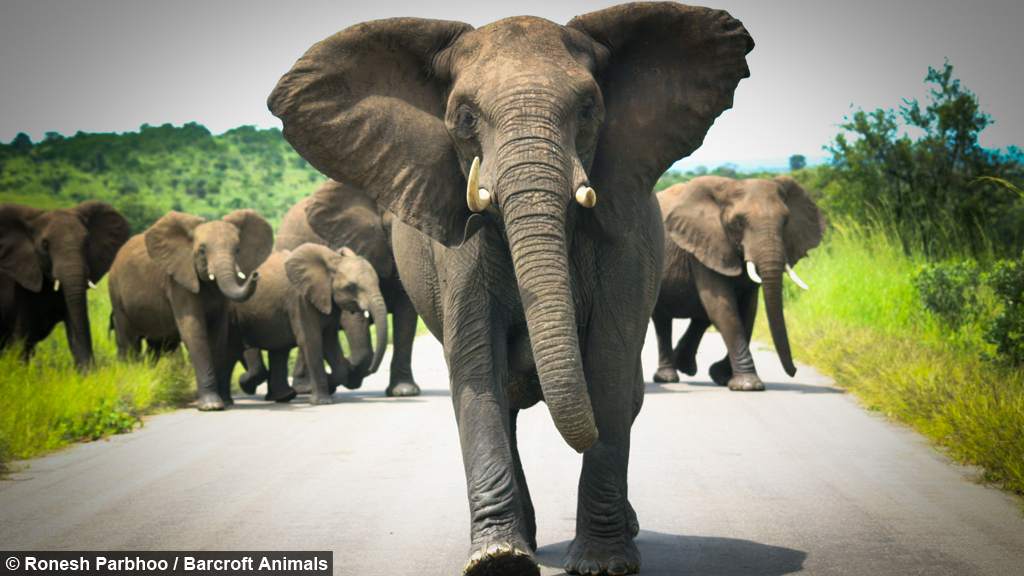 Elephants form deep family bonds and live in tight family groups of related females. The herd is led by the oldest and often largest female called a matriarch.

The images shot by Ronesh Parbhoo, show the moment the protective matriarch of a breeding herd of over fifty elephants start walking towards the tourist as he quickly reverses away from the angry scene.

Ronesh said: “I was travelling between the Lower Sabie and Tshokwane in Kruger National Park which is known for its elephant herds from time to time.

“I came across a big breeding herd, about 50 plus - mothers, aunts, sisters, daughters and of course the calves which they are always protective of."

With each elephant having it’s own distinctive character, it is not always possible to see the difference between serious and mock charges.

The 31-year-old photographer said: “They were all feeding just off the left side of the road, looking harmless. But when an elephant feels threatened, all of that can change quickly."

Generally an aggressive elephant raises its head and trunk, extends its ears, trumpets and throws up clouds of dust by kicking the ground and shaking its head. A lot of this activity initially involves displays of bravado and can considered to be 'mock displays'.

He said: “I slowly turned the vehicle to get some shots of the herd, when the matriarch let out a rumble and shook her head to the side. I immediately knew she didn’t want me that close, so I
reversed back at a respectable distance and continued photographing them. Then, again she shook her head and gave a mock charge.

“I kept the car in reverse and slowly rolled back as they decided to cross over the road in little groups protecting their young. It must have been a good 15 meters away when the Matriarch decided she’d had enough and ran towards the car trumpeting and shaking her head, stopped and then ran again ears tucked back.

“At that moment I knew a charge was on, so I took a couple of shots before I dropped the camera in my lap, and reversed all the way back until she stopped.

“The protective mother then returned to her herd as I waited for them to cross over, quite shaken, but relishing the experience that I will treasure as another spectacular memory in the Kruger National Park!” 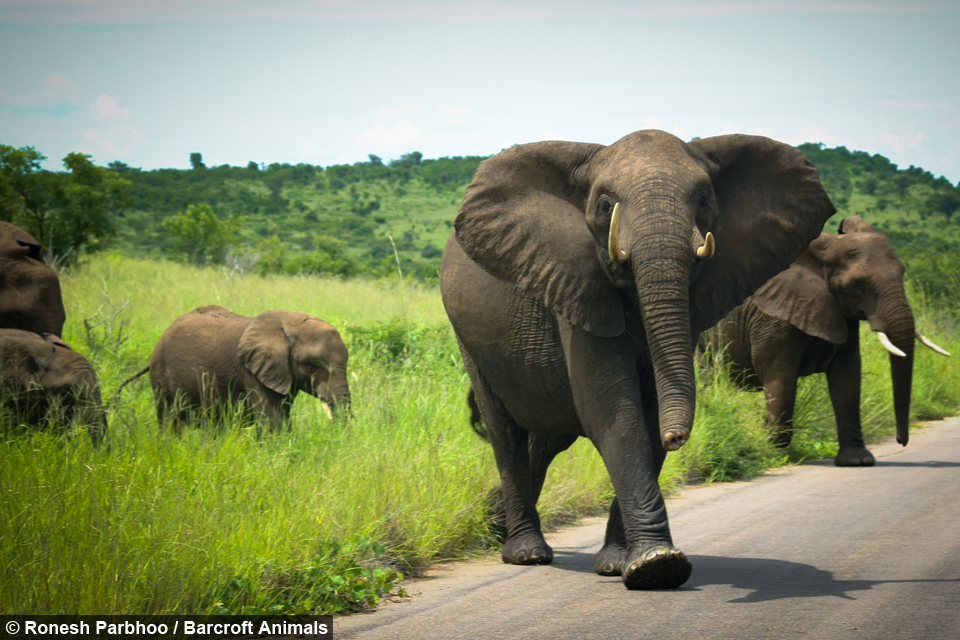 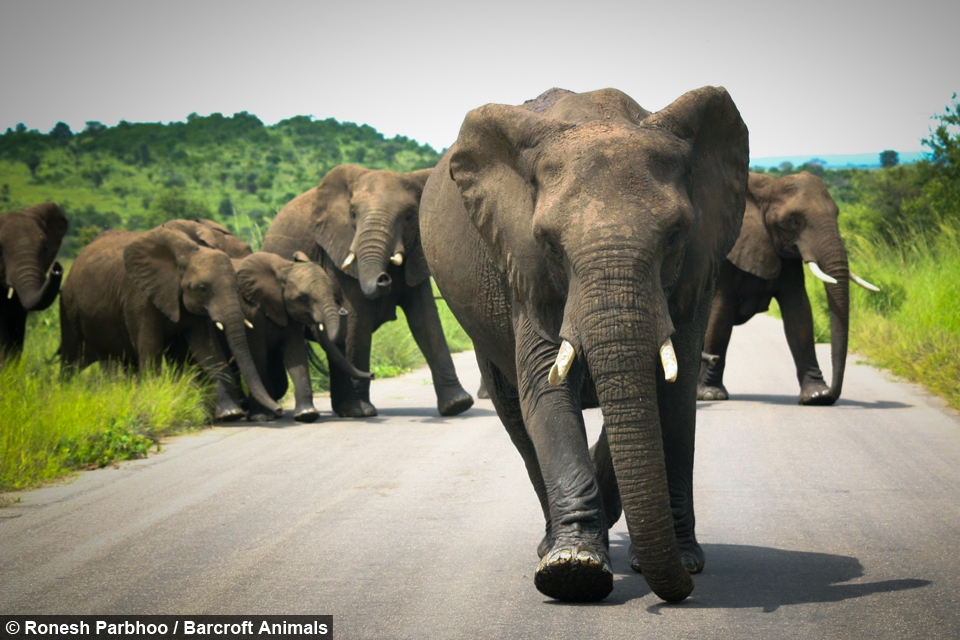 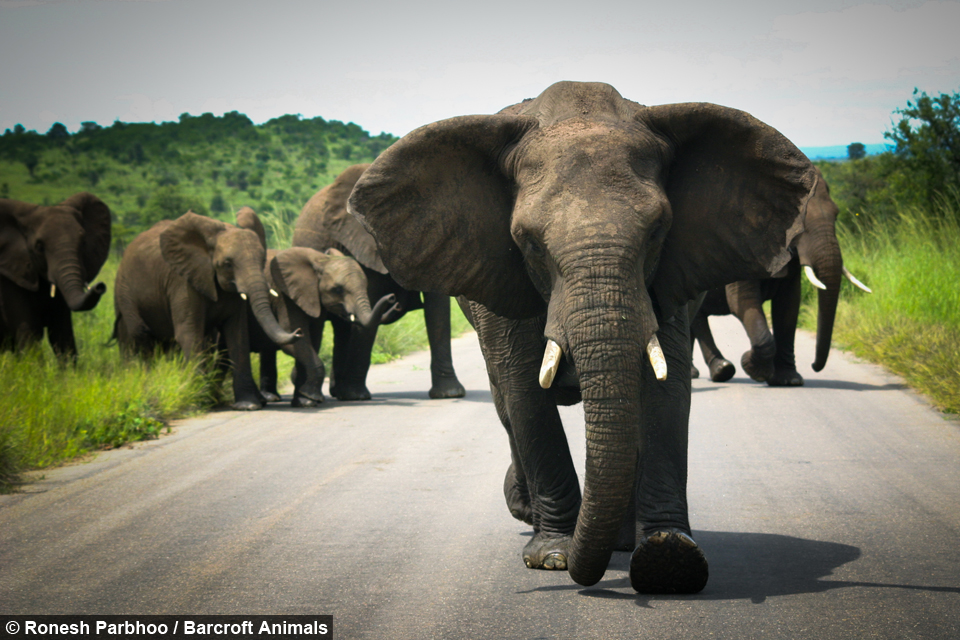 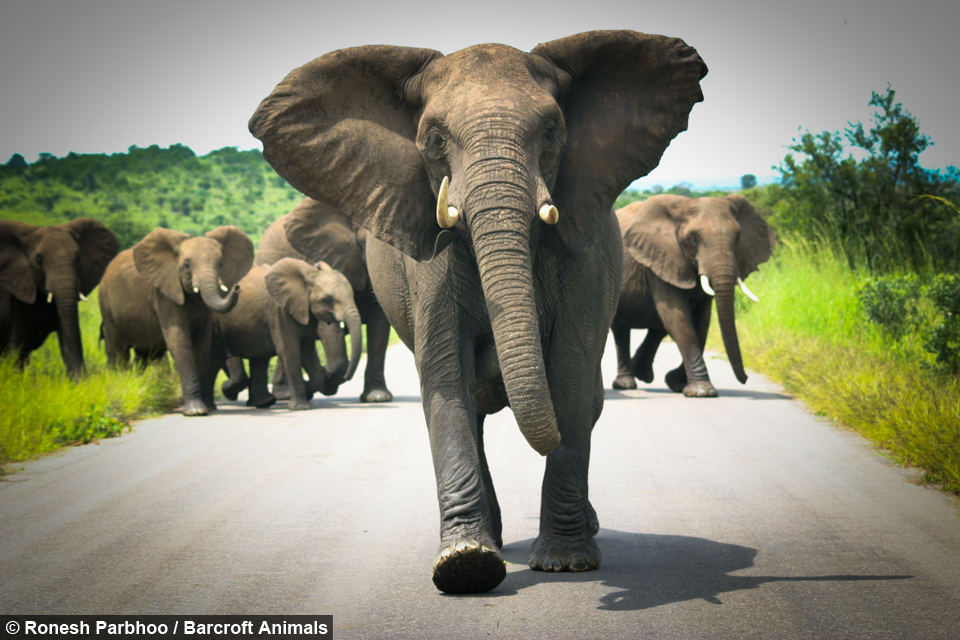 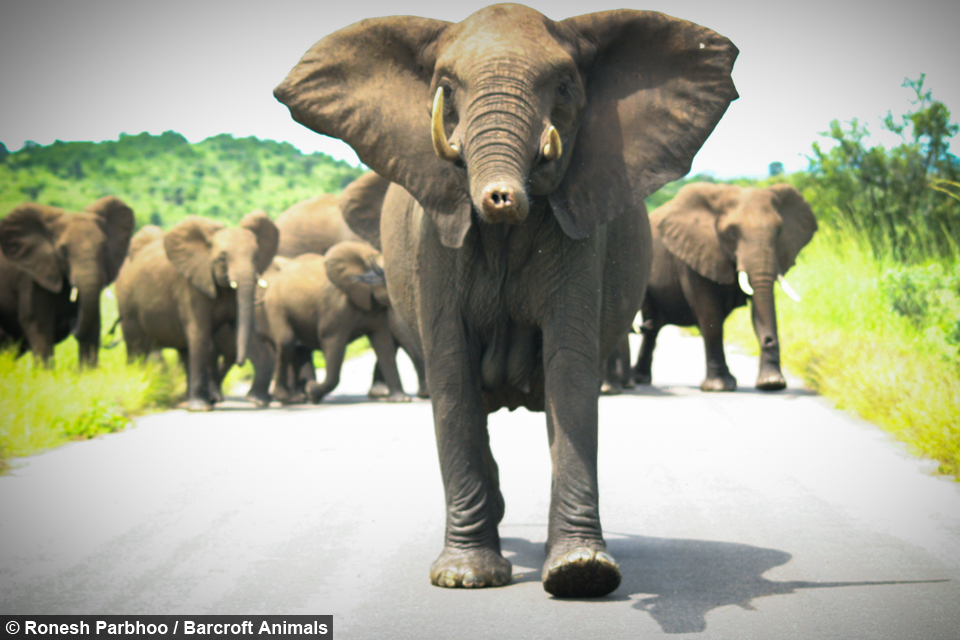 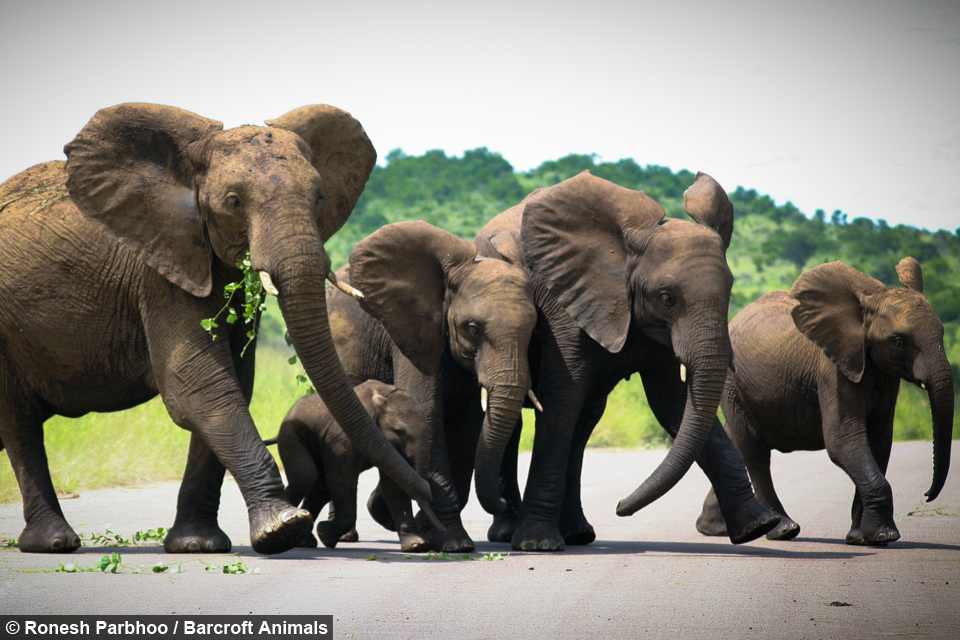