Wildlife film producer, Verity White and her team were filming the darting of a giraffe with the Uganda Wildlife Authority Vet Team in Murchison Falls National Park, when they came across the limping elephant.

Verity said: “The elephant had previously had a snare removed from its leg but infection had set in, she was very weak and needed further treatment from the veterinary team."

The Uganda Conservation Foundation had recently provided a dedicated veterinary vehicle to the Uganda Wildlife Authority in Murchison Falls as part of measure to tackle the poaching problem.

Verity, 37, said: “They were finding a lot of animals injured by poacher’s snares, but were unable to respond quickly and effectively over the massive park without a vehicle.”

The young female elephant, thought to be in her twenties, had previously had a snare removed from her leg, but infection had set in and she was in desperate need for further treatment – with the infected wound filled with maggots.

The Bristol-based producer said: “The elephant had had it's hind foot caught in a snare, the snare had tightened, cutting into the flesh inches deep, the wound had become badly infected and was crawling with maggots.”

The elephant was originally located in a dangerous position near water and Mike Keigwin, the foundation leader, risked his life by heading out on foot in an attempt to try and move the elephant into a safe location.

White explained: “The elephant was scared and reluctant to move, but they bravely moved towards her as a group, waving branches and even using smoke to try and scare her out of the wet valley.

“Being so close to an injured elephant on foot is extremely dangerous and the rangers were very brave to do so."

The rescue took a team of 15 people in total to safely dart the elephant and clean the wound.

She said: “The elephants trunk was held open to help it breathe and it's heart rate was monitored by a dedicated ranger.

"We poured water on the elephant to keep it cool and worked as fast as possible. A dedicated ranger also monitored her heart rate.”

Fortunately, for the team and the young elephant, the operation was successful and she was able to find and rejoin her herd by communicating using seismic rumbles. 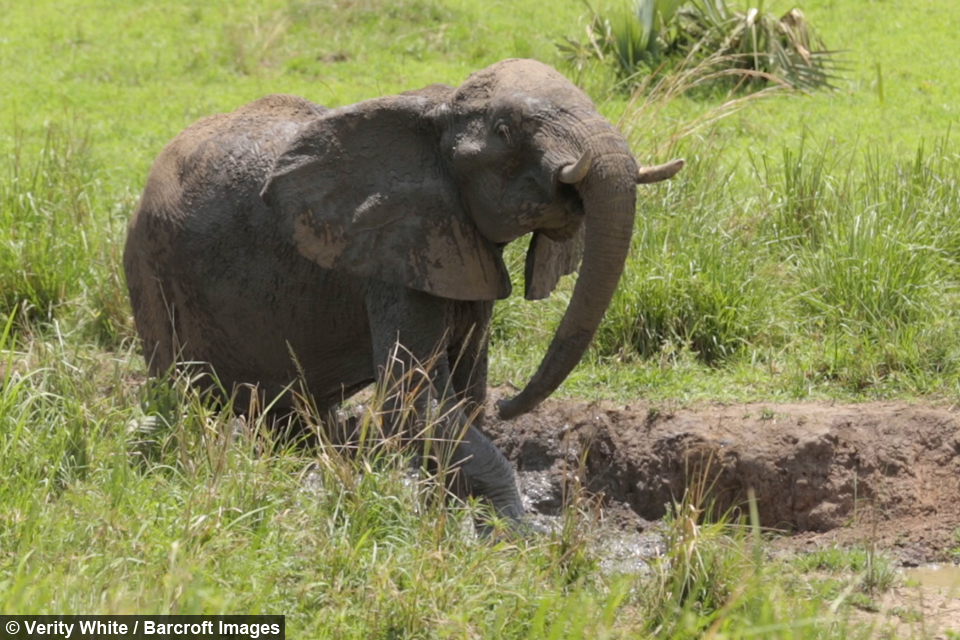 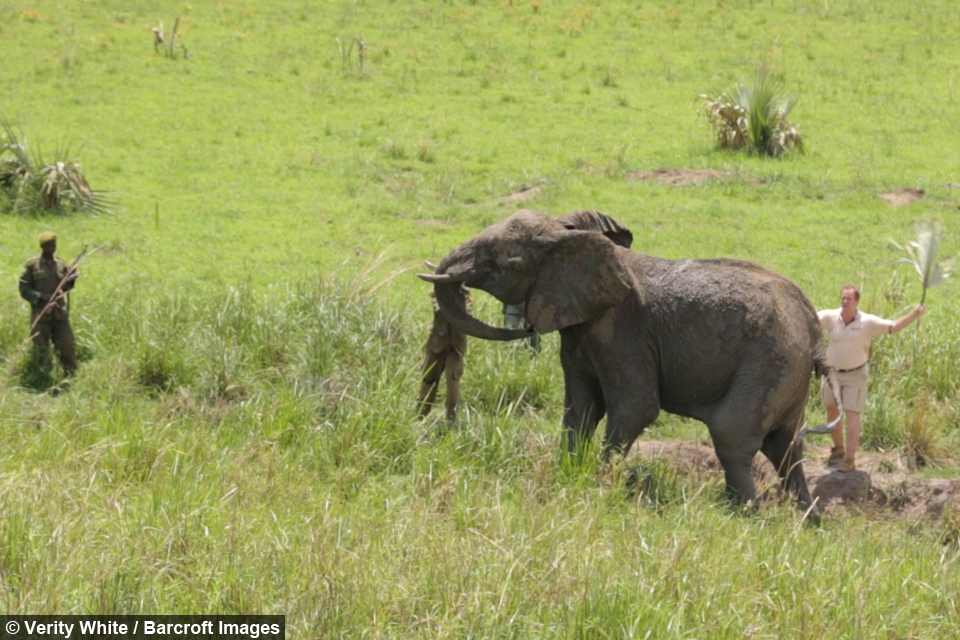 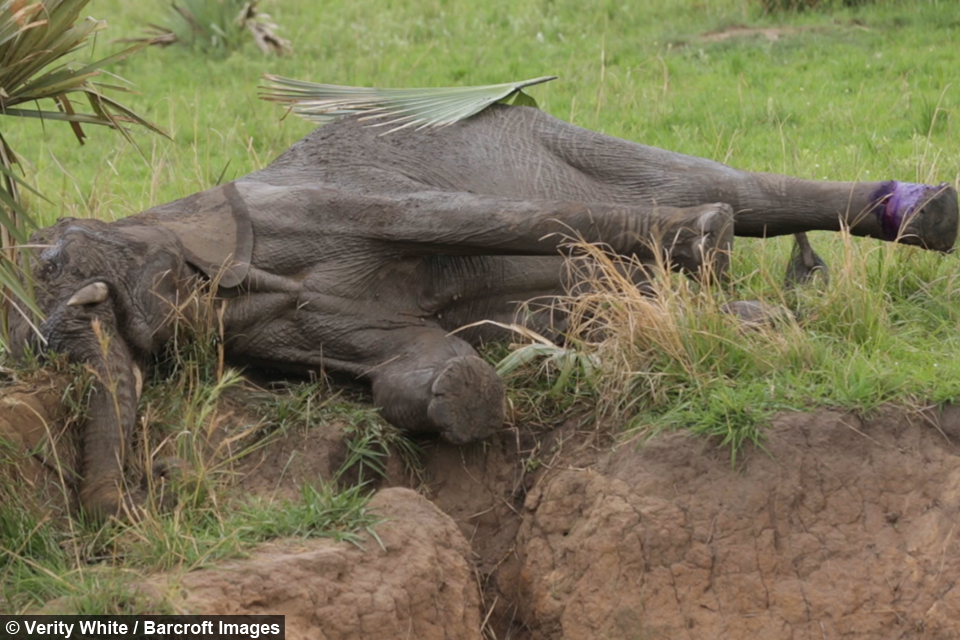 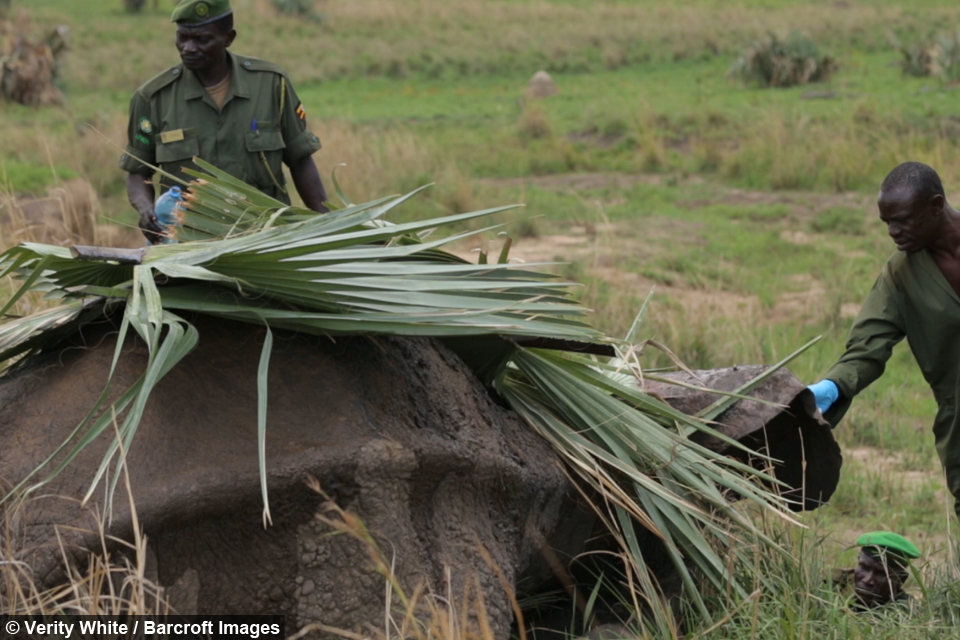 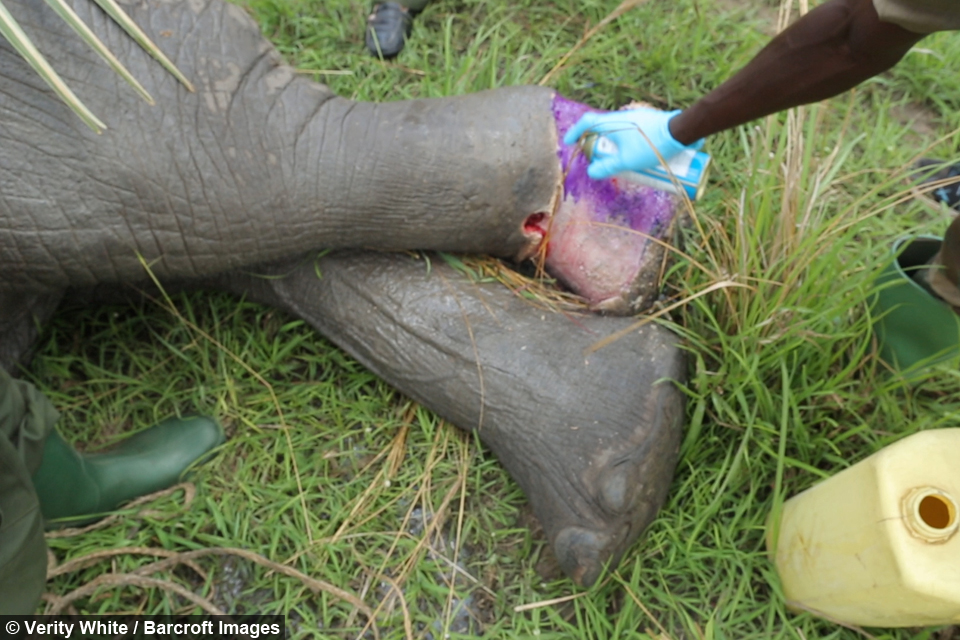 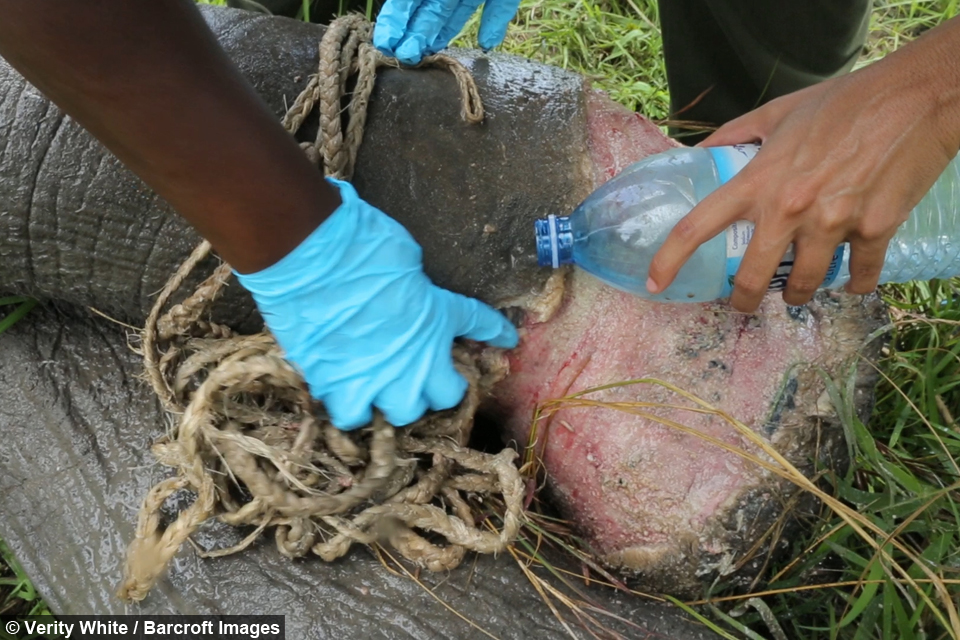