Little Penguins Ruffle Each Others' Feathers Over Female

A TINY penguin with a big ego tries to steal the partner of another male, but ends up getting more than he bargained for 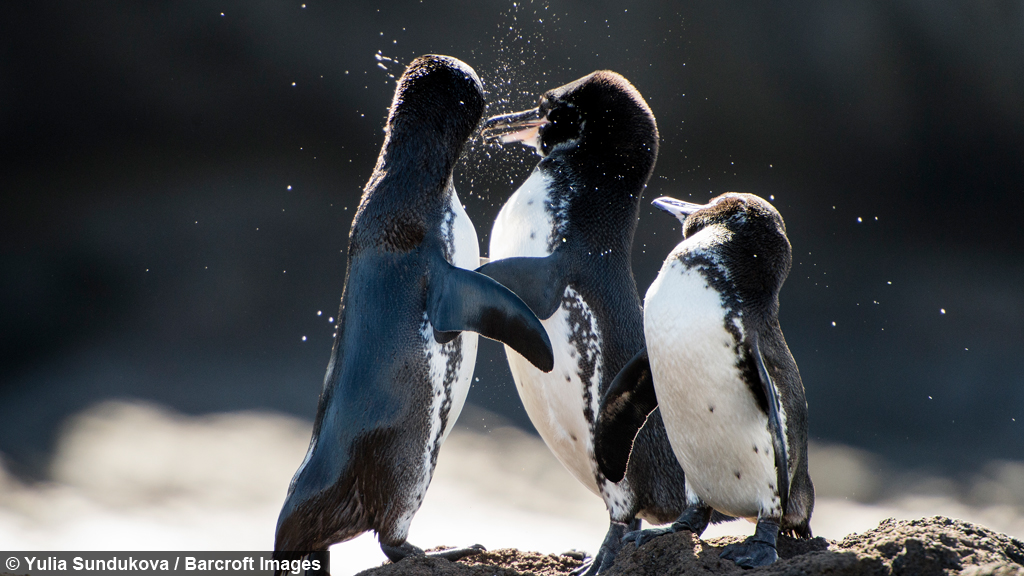 Witnessed in the Galápagos National Park, Ecuador, the bird ruffled the feathers of another male penguin and got into a fight.

She said: "The one who came to break up the couple could see that the female was ready to mate and became crazy.

"He actually had his female and was trying to mate with her but she didn't agree. So he was trying to ‘borrow' a wife from another family!

"But her partner showed himself strong and confident and the family together chased away the troublemaker.”

The eager penguin was understandably desperate for a mate, considering there are fewer than 1000 breeding pairs of Galapagos penguins in the world.

The little penguins mate for life, with one parent always staying with the chick or egg whilst the other hunts.

Unfortunately this particular penguin was unsuccessful in both his endeavours to woo a female.

Little Penguins Ruffle Each Others' Feathers Over Female 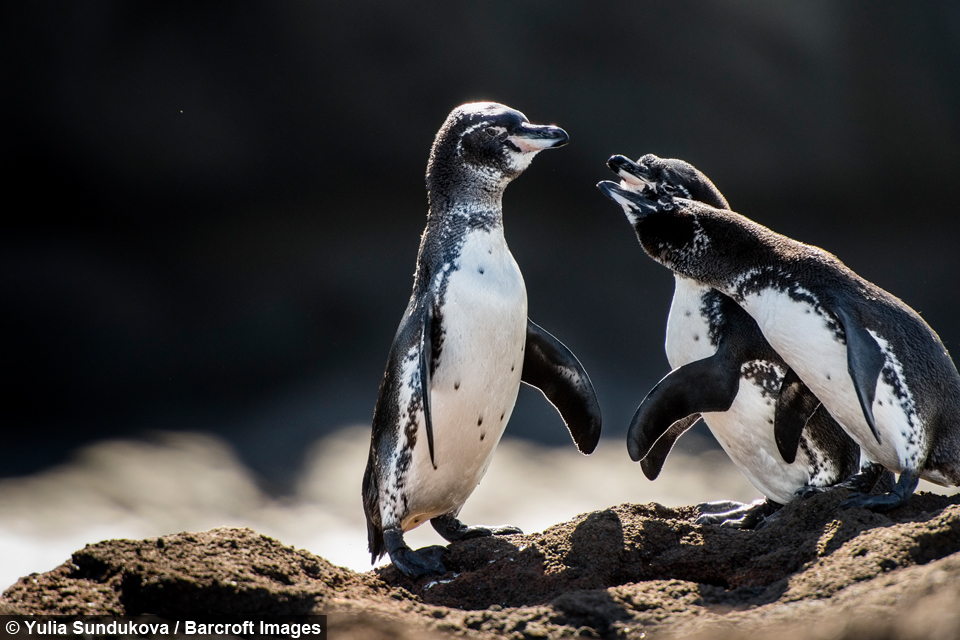 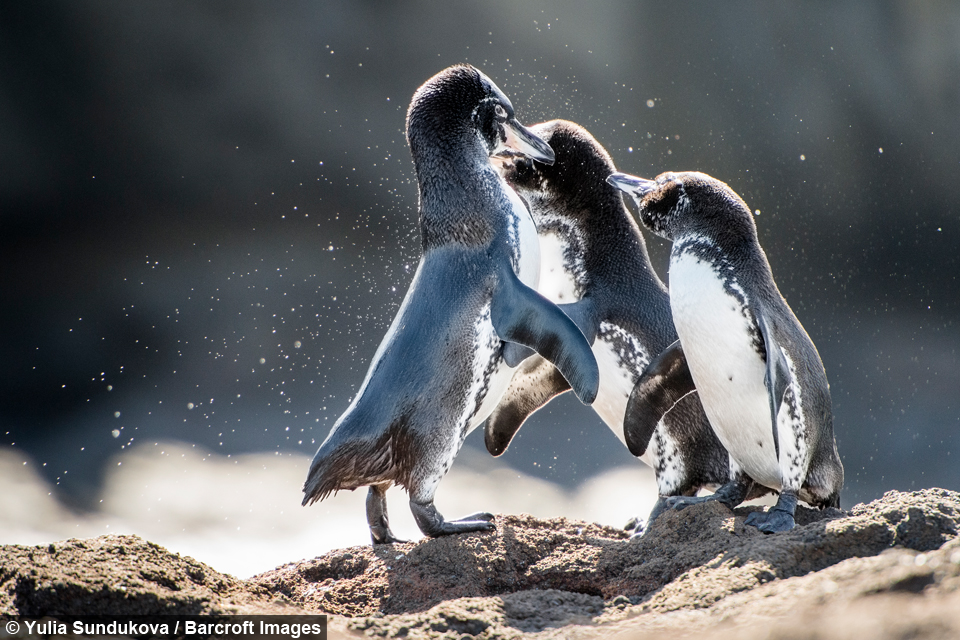 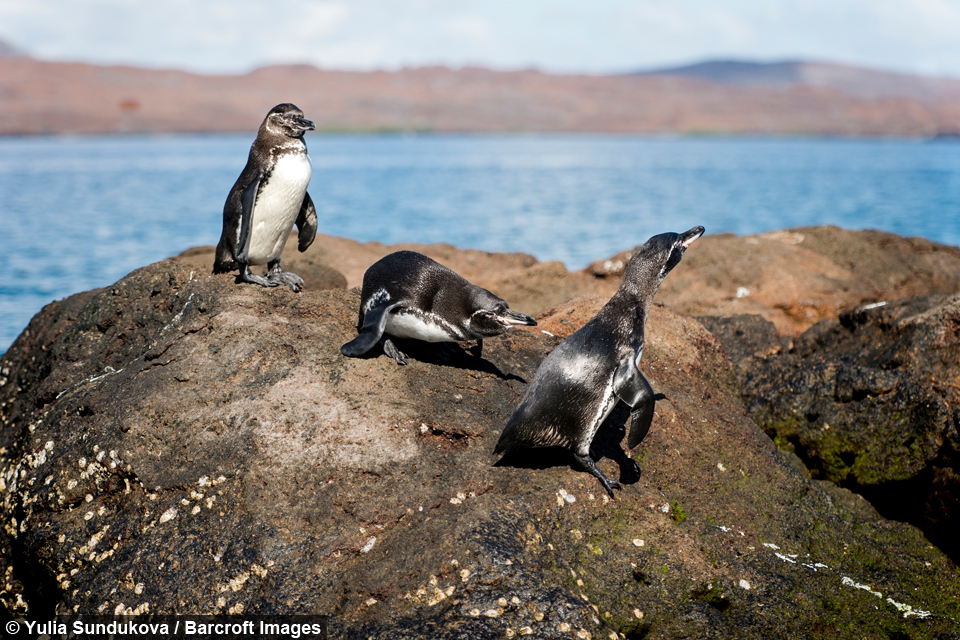 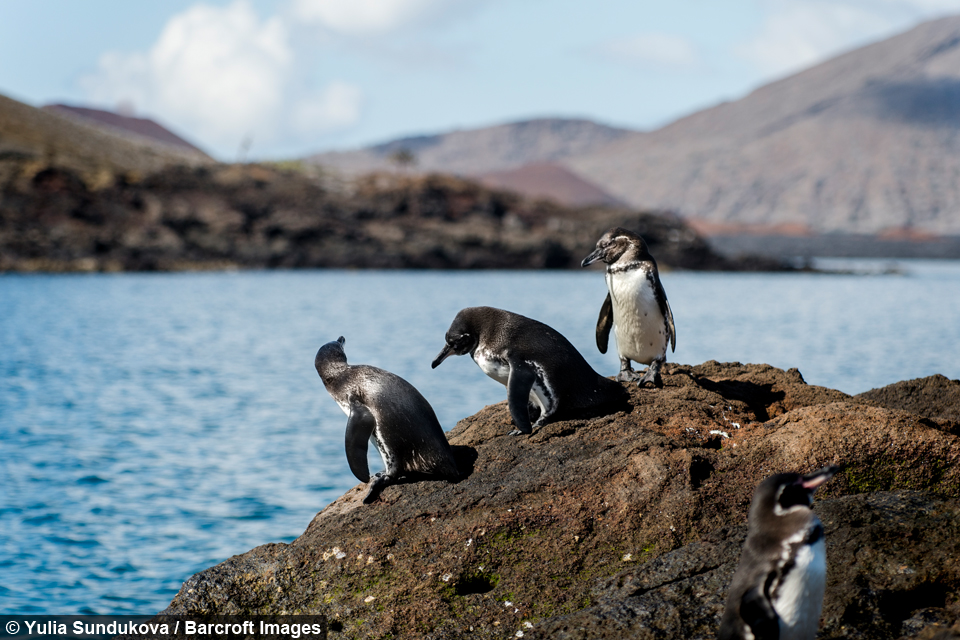