The footage shows the 13ft tiger shark first circling the smaller 7ft shark before biting it three times - tearing it to shreds.

The 10-minute incident was recorded by Captain William Wall, off the coast of Venice, Louisiana.

He said: “We were fishing for yellow-fin tuna and we managed to hook a hammerhead in the process.

As I brought it up I just happened to glance down and saw the tiger shark there too.

"I have seen some big makos before but never a tiger shark this big.

"It didn’t just go for the hammerhead and take random bites, it took its time methodically.

“First it started making circles around it, getting closer and closer. It seemed to be sussing up when it was going to use the energy to attack.

“I think the first hit was to take it right under the bottom jaw and it shook it for a bit and then let it go again.

"It then came back and attacked the stomach and shook it like a rag doll and took a big chunk out of it.

“The third time was the coup de before it dragged it down into the ocean in its mouth."
grâce

Capt Wall, 45, who runs Pelagic Charters, has been fishing in the Gulf of Mexico since he was a boy and says this is the biggest of the three tiger sharks he has seen in his time.

Tiger sharks are known in the waters but are less common than hammerheads and mako sharks.

"Tiger sharks are not that rare here really. In the summer you tend to get really big ones that just show up,” he added.

“This hammerhead was about seven feet long. I think the tiger shark was a bout 13ft long and about 1000lbs.

“I’ve seen big makos attack tuna on lines but never a tiger shark. I don’t think very many people have.

“It was nature at its finest. The tiger was just doing what it is supposed to do - sharks don’t have feelings.

"I thought the whole thing was amazing. it wasn’t terrifying or anything like that. It was amazing and incredible to witness.

“The guests were really excited about it. They have travelled over the world and fished in a lot of places but they knew something like this is rare to see." 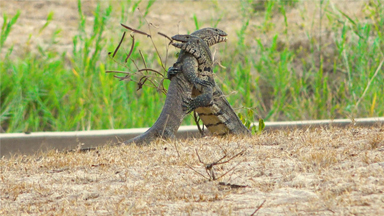 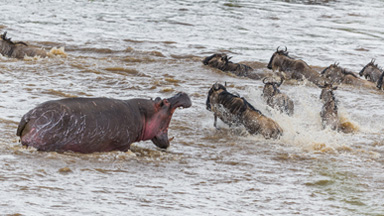 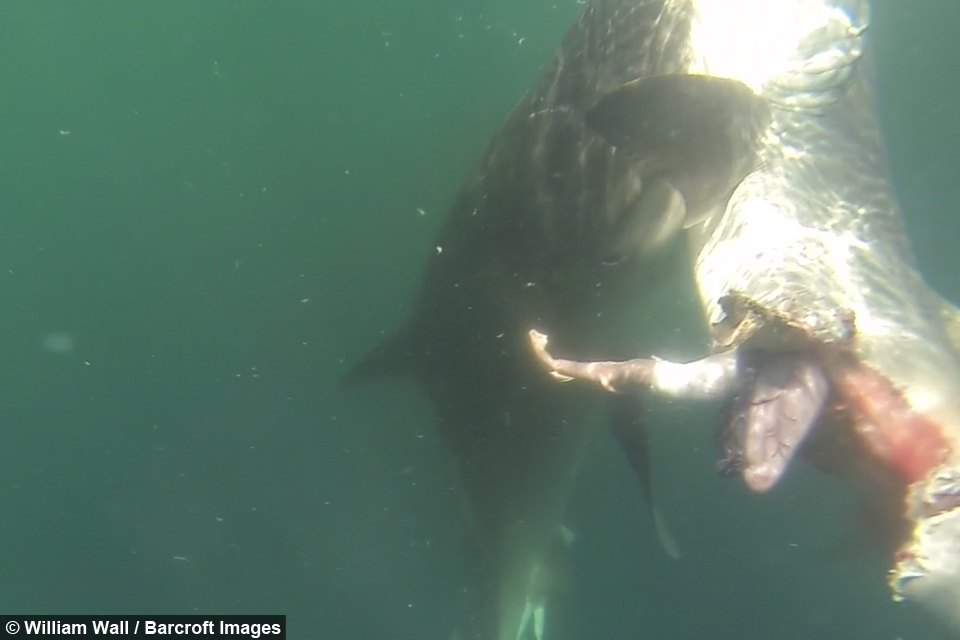 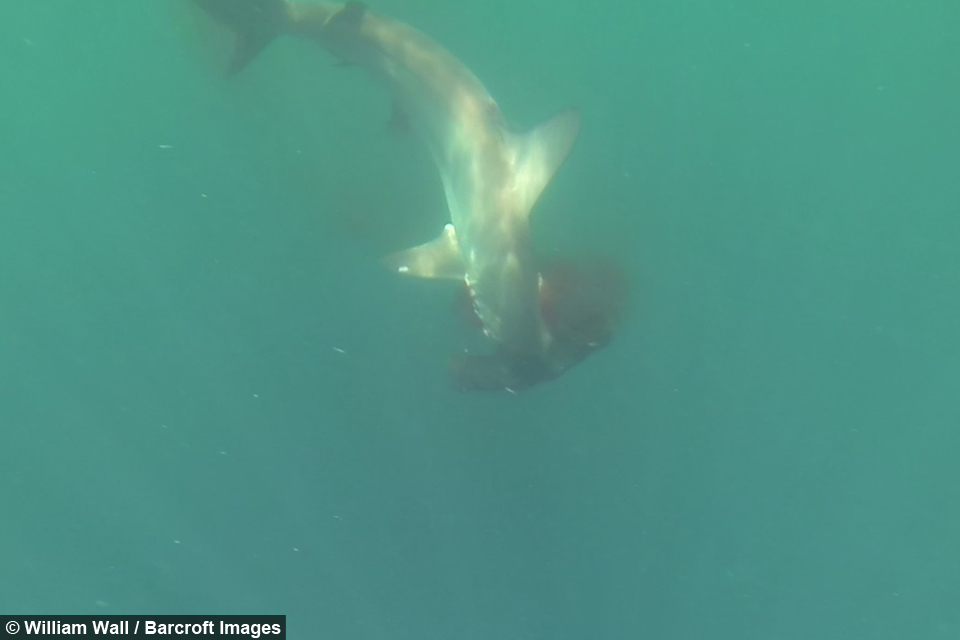 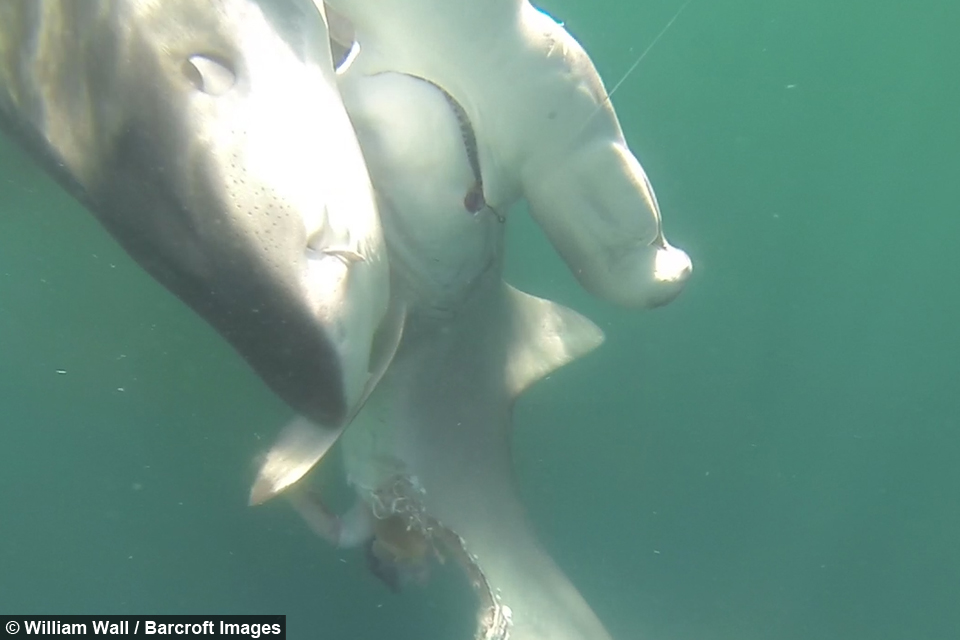 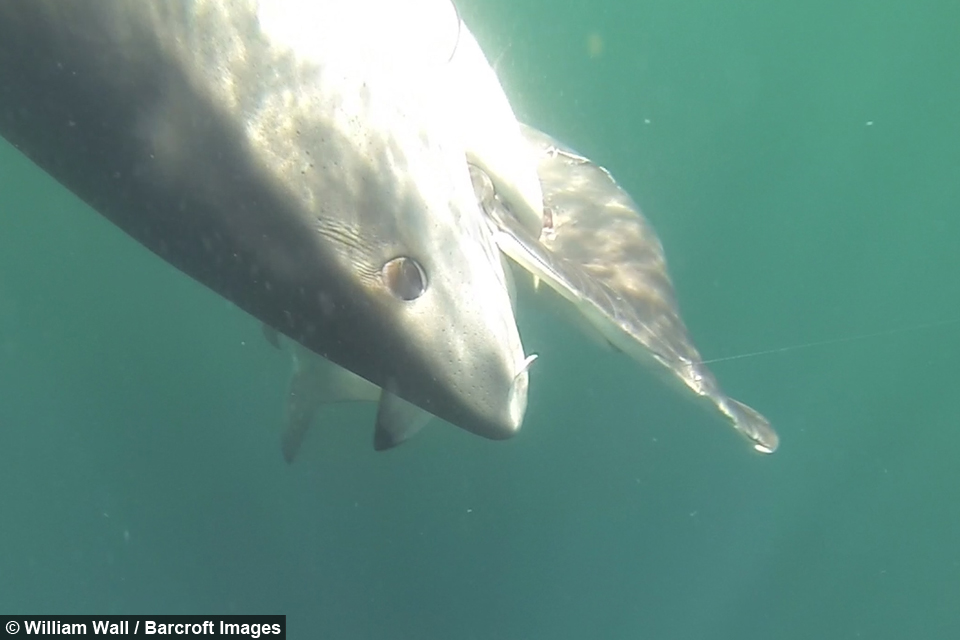