The fully grown male giraffes were snapped by field guide and YouTuber, Rob Vamplew, 39, during a safari at Idube Game Reserve, South Africa.

Known to be relatively docile animals, the pair demonstrate the strength and power that these majestic creatures possess.

The young males battled it out to exert dominance which would guarantee them mating rights in the area.

Rob Vamplew said: “Battles like this can lead to serious injury and death. It was breathtaking to see such usually peaceful creatures in such a situation.”

He added: “It is an amazing thing to see a serious fight like this, we often see sparring between males as practice but this was not such a fight.”

A male giraffe can weigh up to 3000lbs and reach a dizzying height of 18 feet, and fights between males often end in death.

Rob said: “The fight was a dominance battle between two males that had picked up on the scent of an oestrus female. The winner of such a battle usually goes on to mate with the female.

"I didn't see a female anywhere close by and it is not uncommon for other males to sneak in to mate whilst a fight is happening elsewhere.”

Despite the aggression displayed by both of the males, the scuffle was more a case of hand bags at dawn as the pair seemed to have lost track of the female.

An experienced park ranger, Rob has been in the industry for almost two decades giving him a wealth of knowledge on animals in the African bush.

His love for wildlife started at an early age as he grew up around a variety of animals in rural South Africa.

He added: “My family had a farm in a wild area and I have been visiting the national parks since I was a baby. Africa's wild areas are addictive.”

In his time as a ranger Rob has been saddened to see the decline of some of his favourite animals, particularly giraffes who don’t get the same attention as other animals.

Rob said: “Giraffe numbers are declining in the wild. Some call it a silent extinction as they are not as high profile as other threatened African wildlife.” 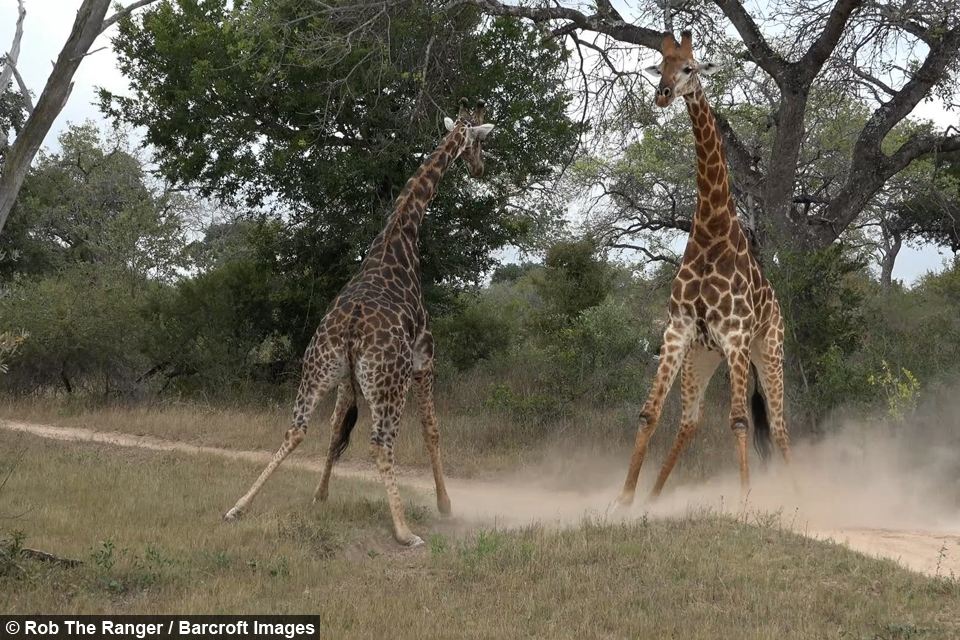 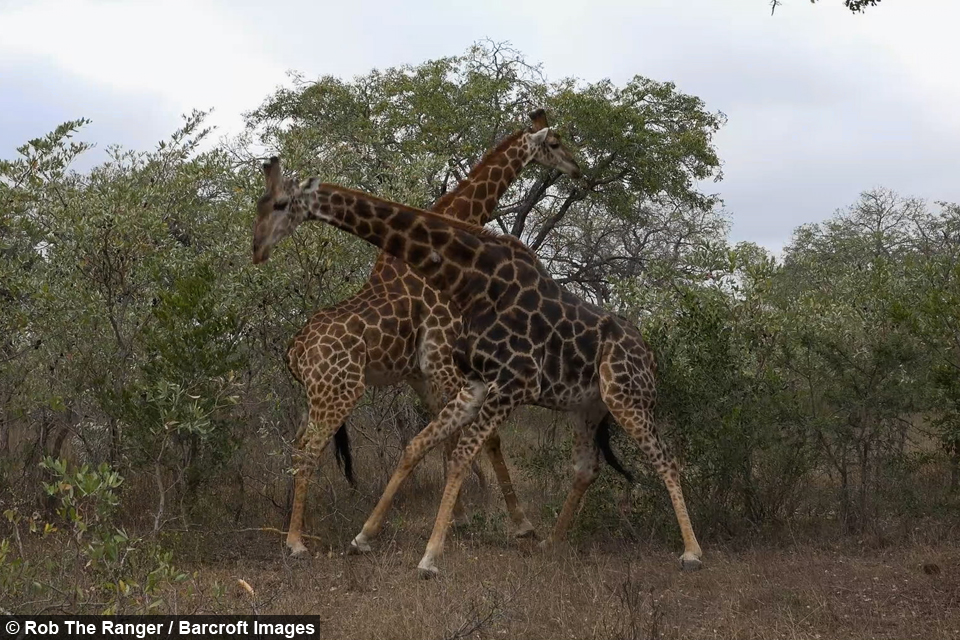 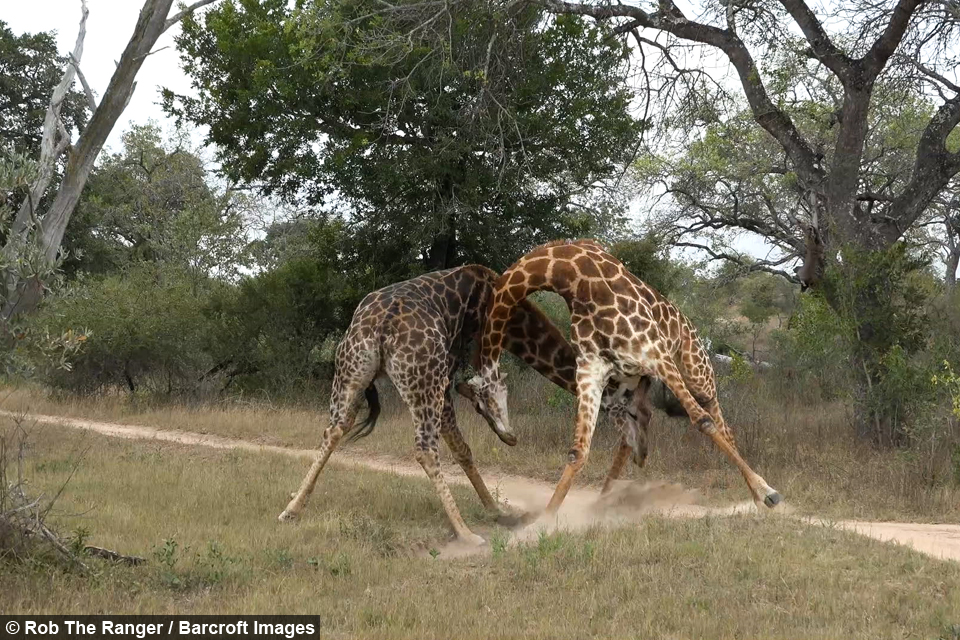 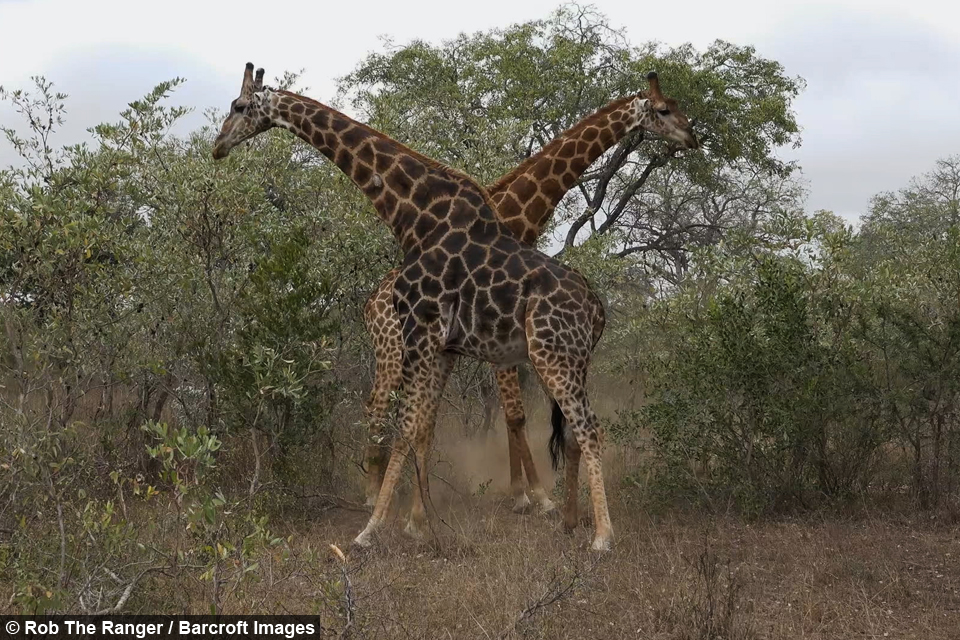 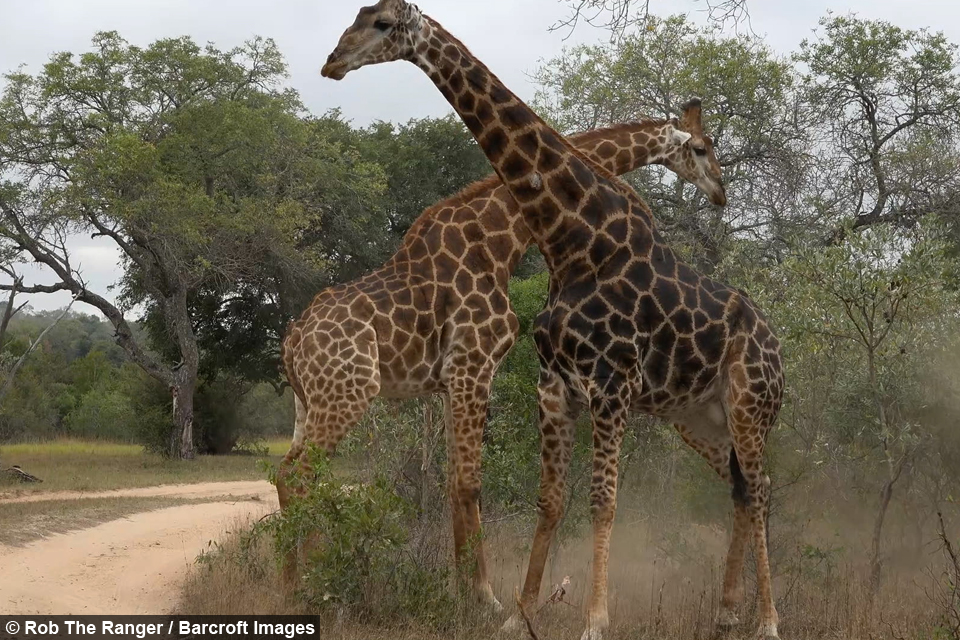 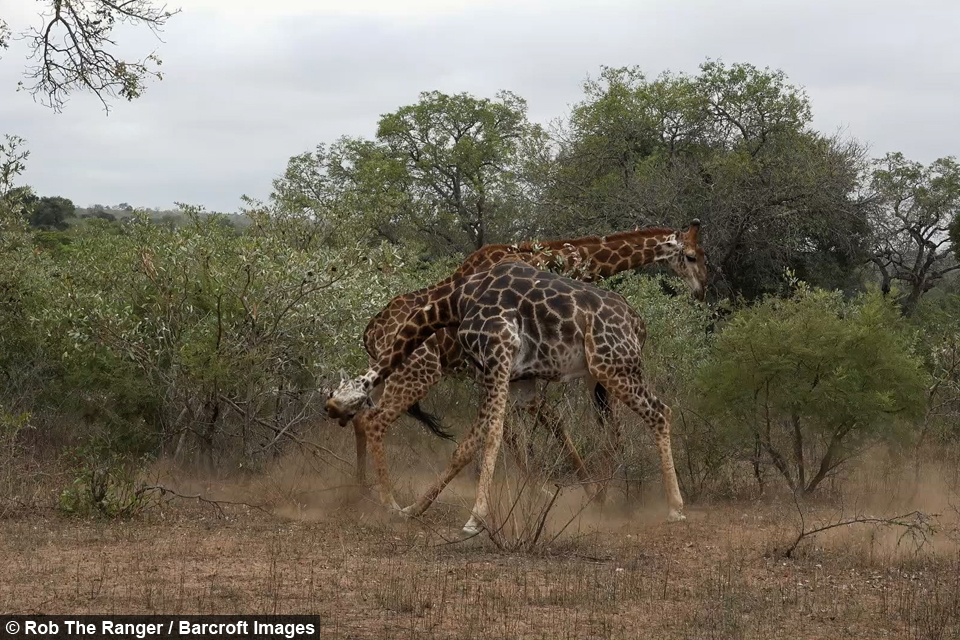