Shivang Mehta recently visited the Maasai Mara to document some of the beautiful members of the feline family - and he was lucky enough to stumble across lion cubs playing together and feeding on a carcass.

He said: “It was a quiet evening in the Maasai Mara as I was searching for some cats.

"Distant thundering in the sky made me nervous as the evening could easily have been ruined because of the rain."

But with the horizon quickly becoming engulfed in the heavy rain clouds, Shivang decided to carry on.

He said: “A message flashed on the radio that a black rhino along with her calf was seen somewhere nearby and I decided to go for it."

And fortunately, not long after this moment, Shivang spotted a lioness peering over her kill some

He had missed the hunt and the kill by a matter of minutes, but this did not prevent him from staying with the pride.

Shivang said: “Just as I was deciding whether to stay put with the lions or continue as per my original plan, it started pouring with rain and I wasn't left with many choices.

“The lions dug deeper into their kill and as the rain intensified, a sub-adult started rejoicing in the
weather with his mother and they played merrily in the slush for the next hour.

“And so I continued shooting despite the heavy rain, risking my gear as water dripped from every part of my lens.

"But I just wanted to capture this wonderful natural history.” 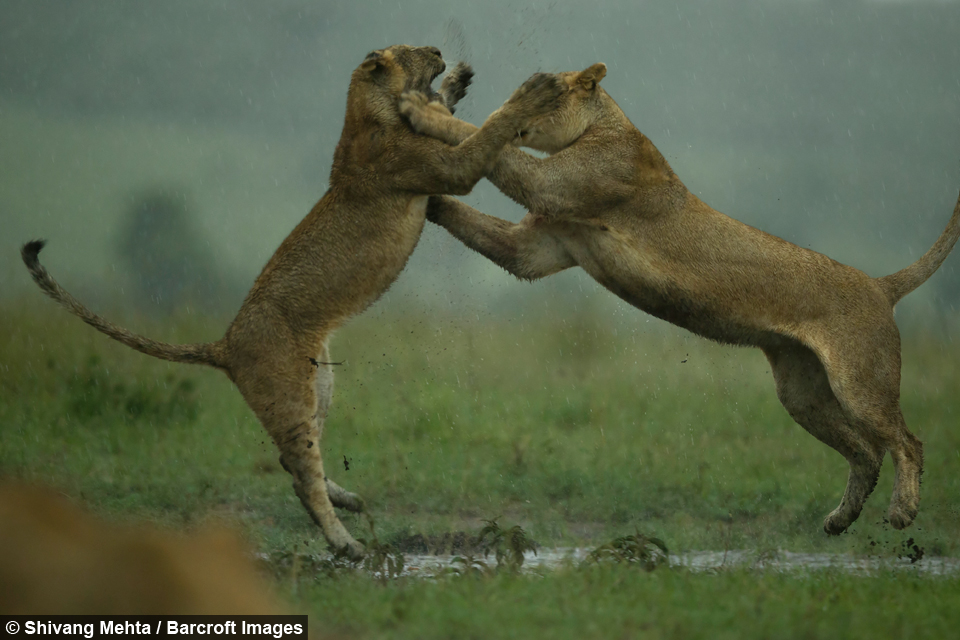 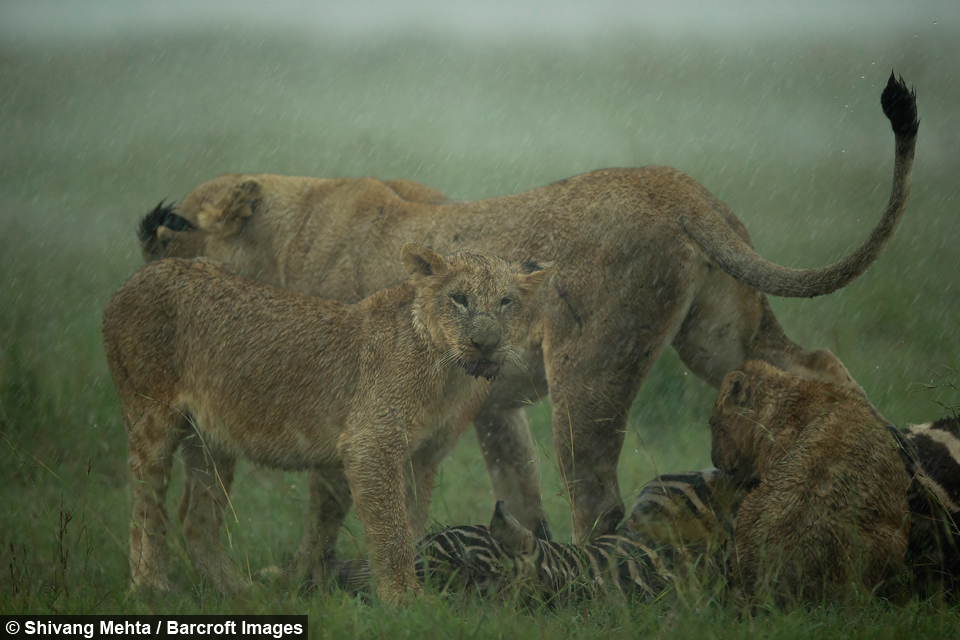 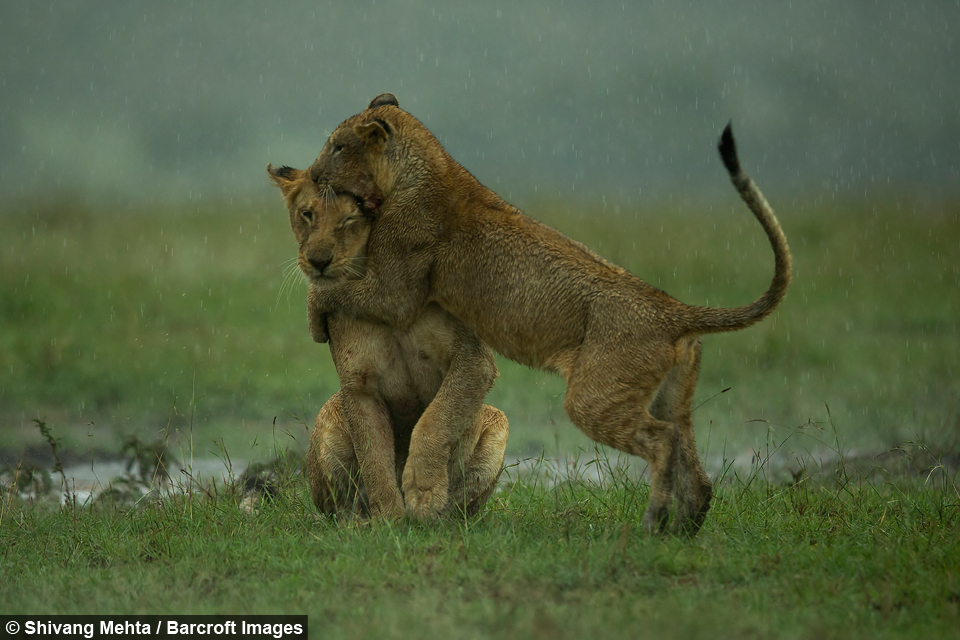 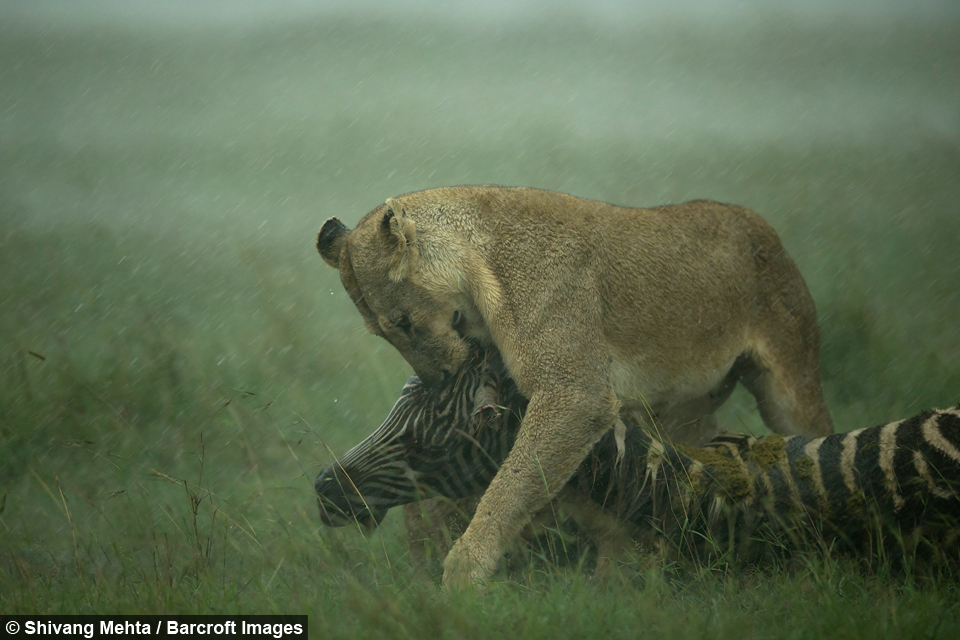 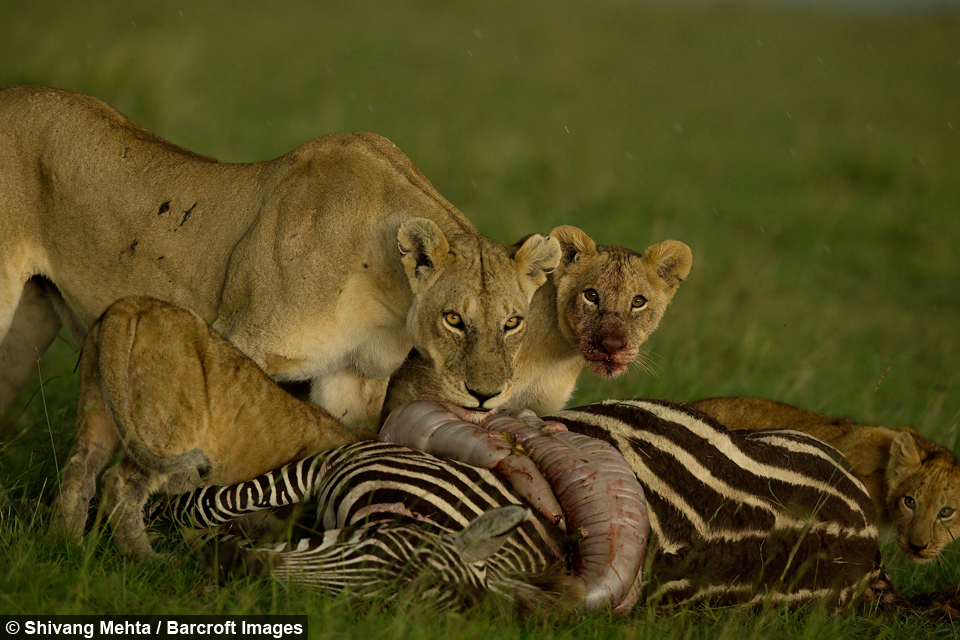 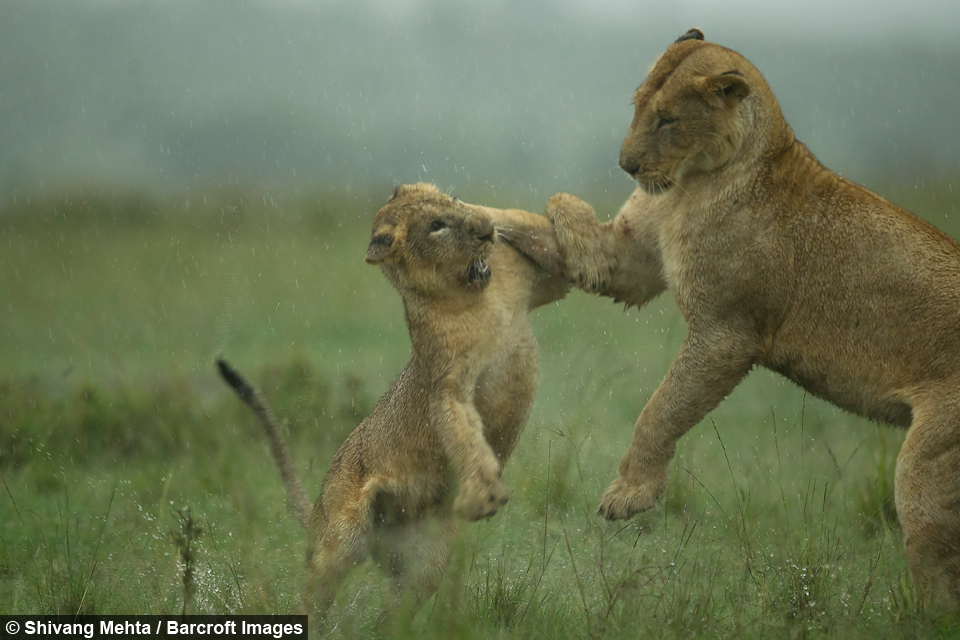