AN ANIMAL lover has turned her small London flat into a secluded paradise for her collection of snakes, including a 16 foot Burmese python

Zee, 21, who is training to be a veterinary nurse, first saw a snake at six-years-old and has been obsessed with them ever since.

At 14-years-old, she split the price of her first snake with her brother before bringing it home to her mum, who quickly had to get used to the idea of living in a mini reptile house.

Now the animal lover has collected 16 snakes, including her majestic 16 foot Burmese python, who likes to slither around the hallways to relax, a boa constrictor, royal python and a blood python.

Zee told Barcroft Animals: “There’s never really a dull day when you’re looking after these animals. They always keep you on your feet.

“I have been bitten countless times, almost every week. It depends on the bite and the severity of it. A feeding bite, for example, alcohol is the best way of getting a snake off you if they’re not letting go, putting their heads underwater.

“If it’s a small snake, just wait. They’re going to let go of it at some point. When it’s a touch and release, I like to call them love taps, clean off the wound and get on with whatever you are doing.

“Snakes are not out to kill you; they aren’t out to get you. They do tend to be extremely nervous animals.”

Zee’s largest snake is a burmese python who weighs approximately 28 kilograms and takes two people to lift her out for exercise time.

She said: “My favourite animal would be my big girl, Scarlet, my burmese python. She’s my absolute pride and joy. I actually struggle to pick her up by myself so it’s usually a two man job to deal with her.”

While Zee first fell in love with snakes as a young girl, she had to wait until she was 14 before she got her very first snake, which turned out to be a big surprise for her mum.

Zee said: “I saw a snake in a pet shop one day. I kind of, convinced my brother to split the price with me and I fell in love with keeping the animals since. My mother was not happy when we came home and we told her that we do in fact have a snake.

“Eventually, she just came to accept it. I think she’s actually grown to like them quite a bit.”

Zee’s mum Zoe said: “She always told me, that animals are much nicer than humans and, so we love her animals through the way she teaches us about them.”

The snakes have even managed to get into the walls and under the floorboards in the flat, resulting in a few visits from the fire brigade to help get them out again.

Zee’s Burmese pythons are fed once a month on extra large rabbits, roughly three to six kilograms, while the smaller ones are fed on a diet of rodents or chicks.

She added: “They’re very, very attractive animals in my opinion. They’re sweethearts, they’re so docile that they would never bite me out of aggression.

“What’s not to love? They are absolutely fascinating animals and I learn something new about them every single day." 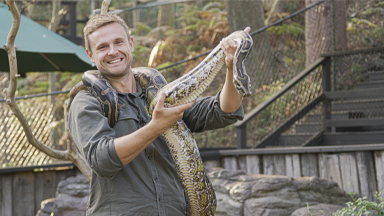 I Extract Venom From The World’s Deadliest Snakes 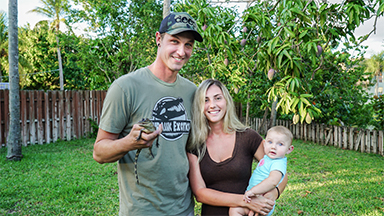 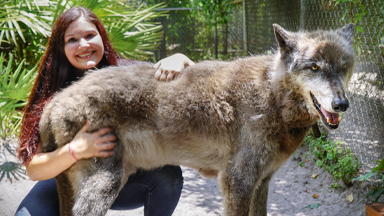 The Man Who Cuddles Lions