Shot in Tanzania by professional wildlife photographer, Barbara Fleming, the series of photos show the moment a pride of lions attempt to take down a young female Masai giraffe.

Barbara, 63, had been observing and photographing a pride of lions for several hours in the National Park when she first noticed a number of female lions.

She said: “The weather was overcast and the lions were wet and muddy from the earlier rains. There were a number of females as well as older cubs lying in the road and I was pleased that they all looked well fed and healthy.

“But I also knew that lions are opportunistic hunters and would try and take down whatever crossed their path. So, I was not surprise when two females began to stalk a young female Masai Giraffe.”

Masai Giraffes are the largest of any of the giraffe species and are the tallest mammal on land. They can be 16 feet tall and weigh from 1,300 to 2,00 pounds.

In the sequence of photos one of the female lions can be seen attempting to catch the giraffe by the hind leg.

The US-born photographer said: “As you see in one of the images, one of the female lions tries to catch a hind leg, which can trip the giraffe or even tear the tendons or ligaments thereby crippling it."

The giraffe was lucky on this occasion as it outran the lions, making it back safely to the rest of it’s herd, which deterred the lions from pursuing their hunt.

Barbara said: “To see the giraffe escape was a relief for me and the rest of the group. Though it helped to see all the lions were definitely not starving.

“The Serengeti in Tanzania is home to millions of animals, with many of them migrating throughout the year. The lions, however, are resident animals and do not migrate with the wildebeest or zebra.

She added: “The Serengeti has approximately 3,000 free roaming wild lions with numbers currently on the decline." 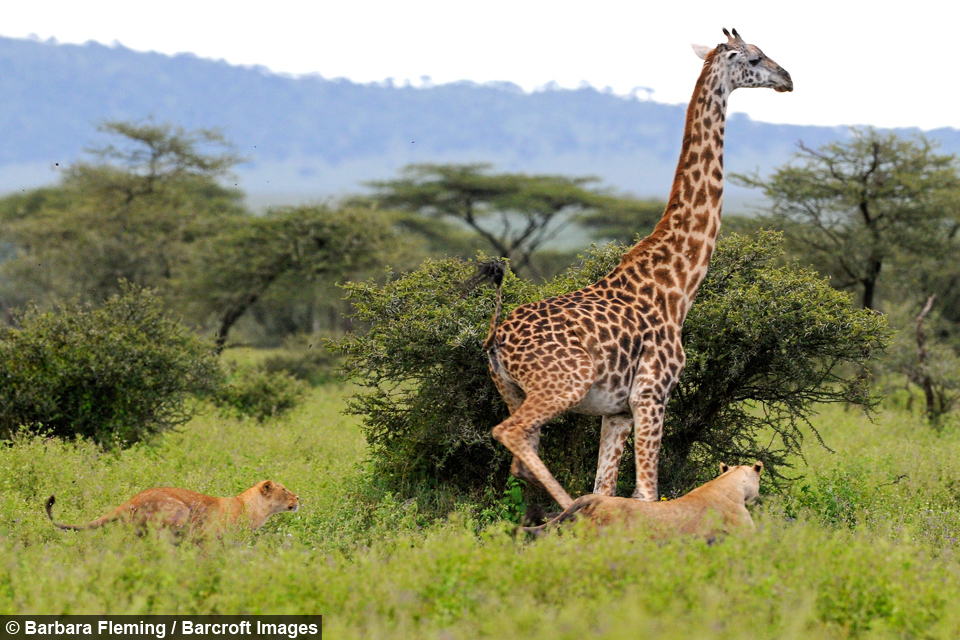 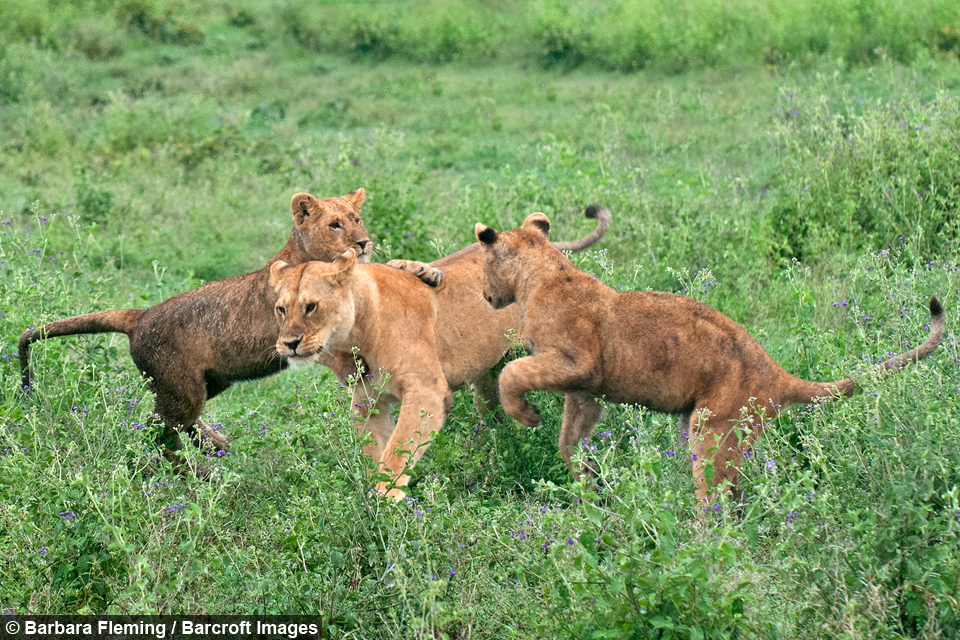 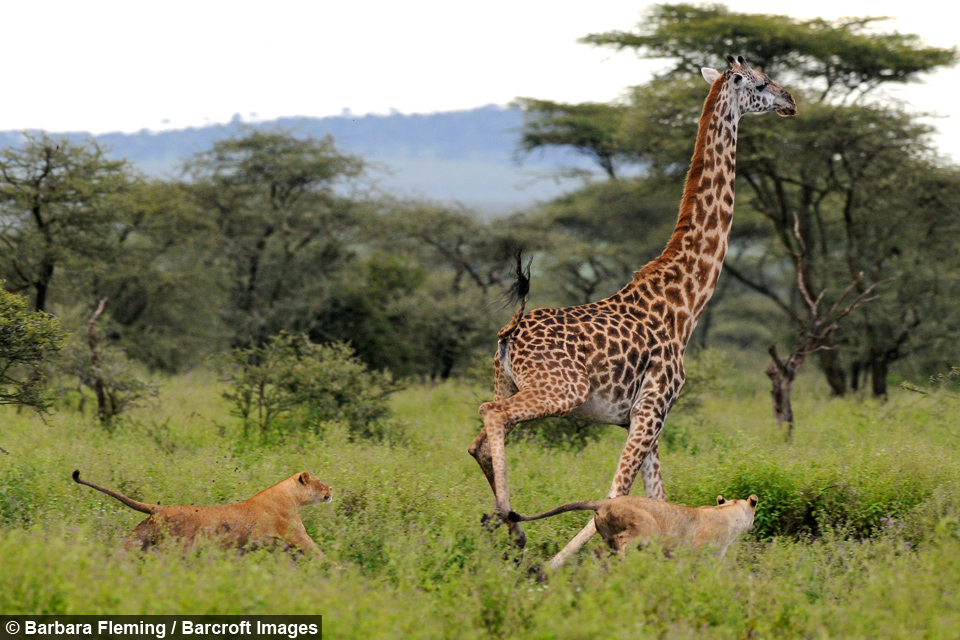 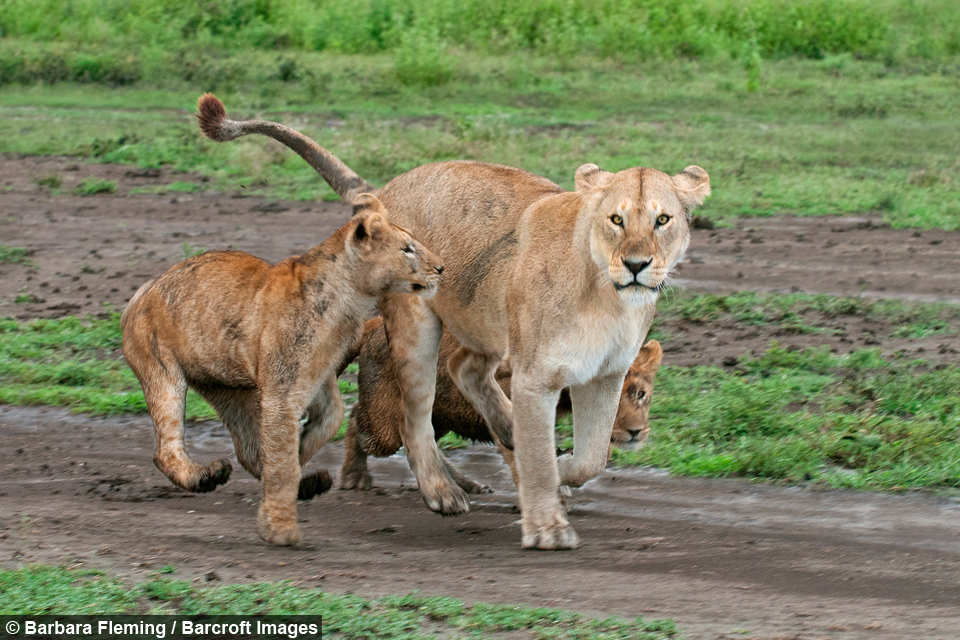 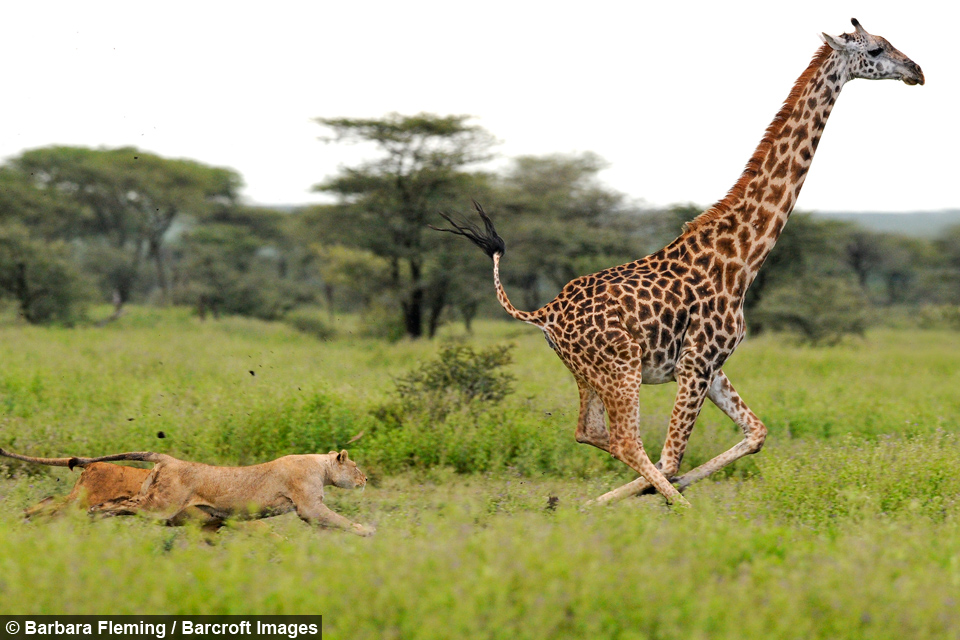 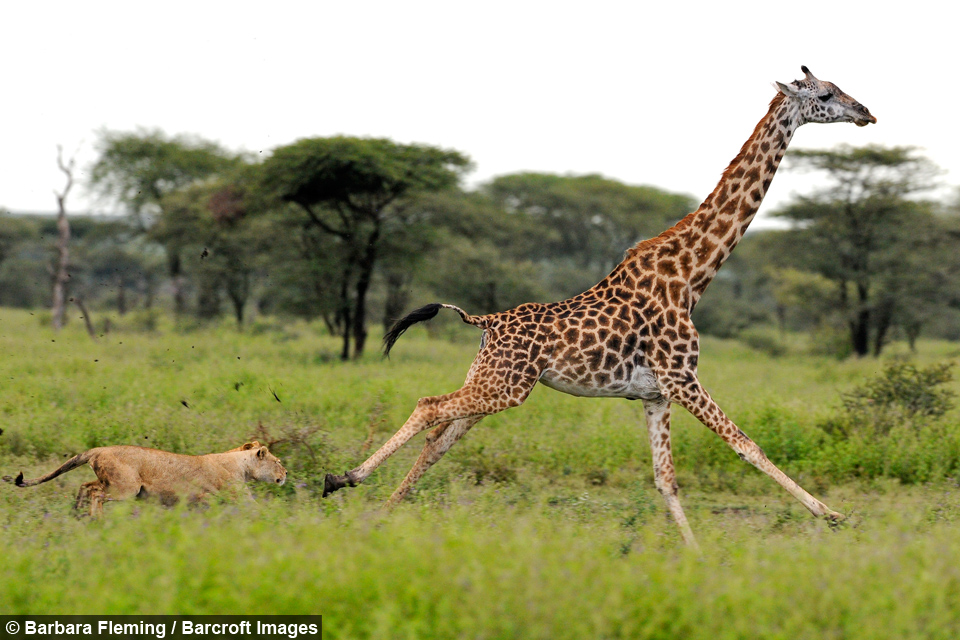 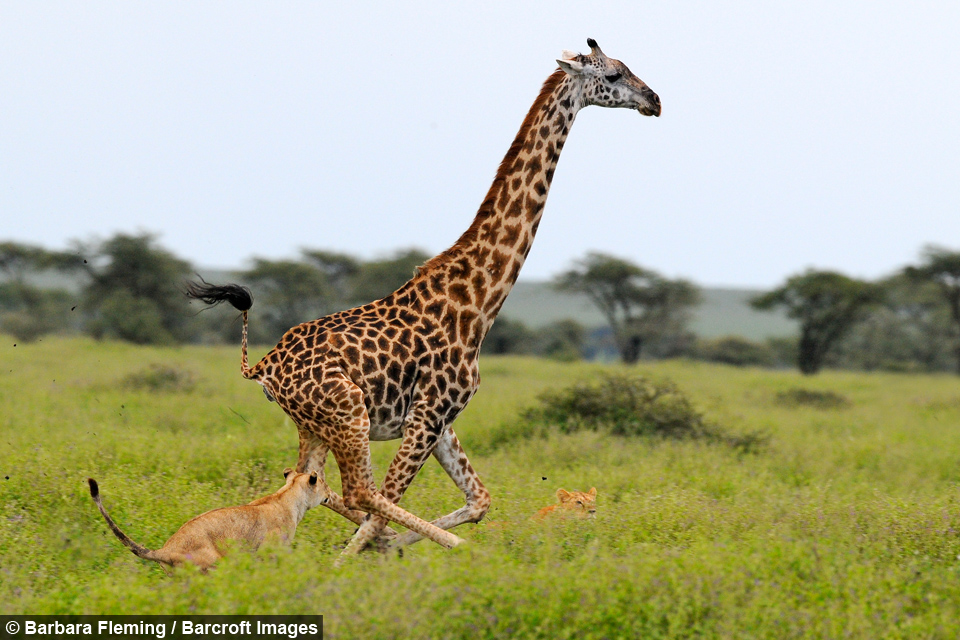