The Art Of The Kill: Cheetah Mom Teaches Her Cubs To Hunt 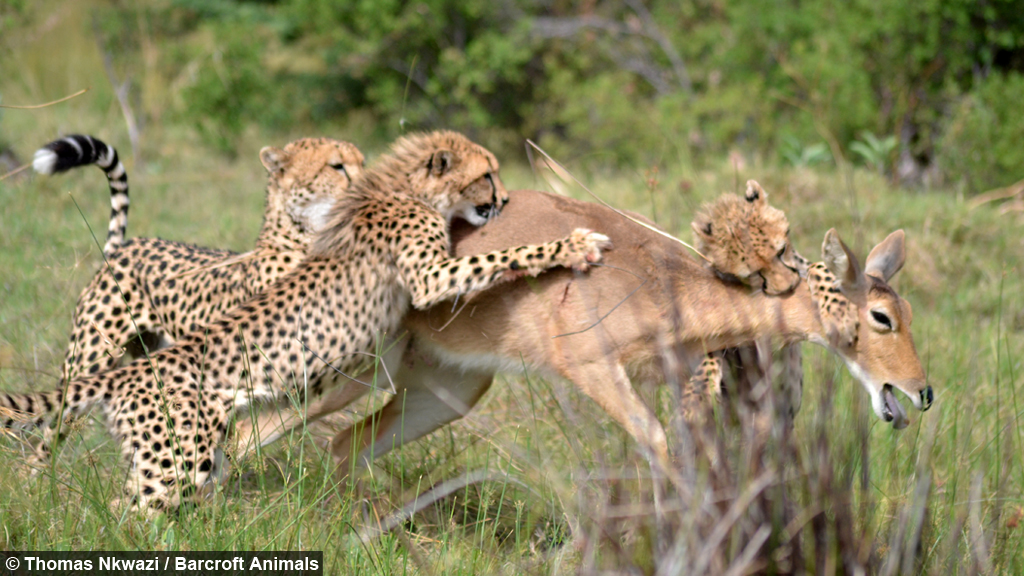 The older cheetah chased down a reedbuck and held it from behind, allowing her cubs to practice the skills needed for them to survive alone in the wild.

Thomas said: “The mother began by stalking the prey and catching it before allowing her cubs to rush in and help her.

“She was holding the common reedbuck from the rear to give a chance to the young ones to practice their skills of killing. They practiced for a long time since they are not experienced to kill.”

When the cubs are fully grown they will be able to run up to 70mph, which should make hunting prey a doddle - but it seemed the cubs still have a lot to learn.

Thomas said: “Looking at the pictures you can tell they had no idea what to do to kill the reedbuck as they were just biting anywhere.”

Cheetah mothers typically give birth to a litter of three cubs, all of which will stay with her for one-and-a-half to two years before venturing off on their own.

Thomas said: “Female cheetahs are solitary unless mating or accompanied by their cubs.

“Once she gives birth to her cubs then this means a lot of responsibilities - making sure they are safe, feeding them and teaching them survival skills.

“Until the cubs are around 18 to 20 months then they go their separate ways with the offspring staying together until they are fully experienced to hunt on their own.”

There are less than 10,000 cheetahs left in the wild, making the cheetah Africa’s most endangered big cat.

The Art Of The Kill: Cheetah Mom Teaches Her Cubs To Hunt 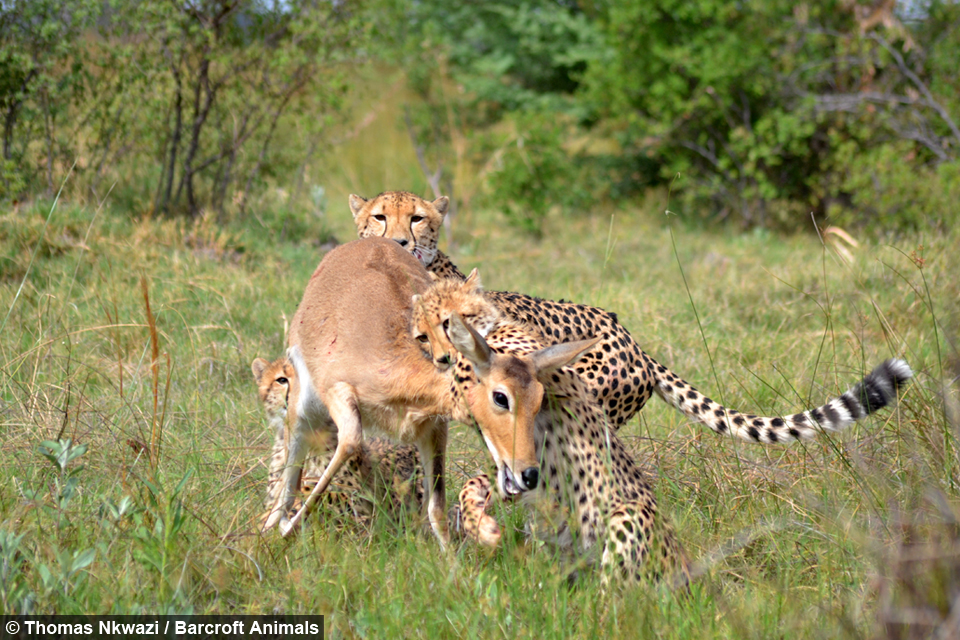 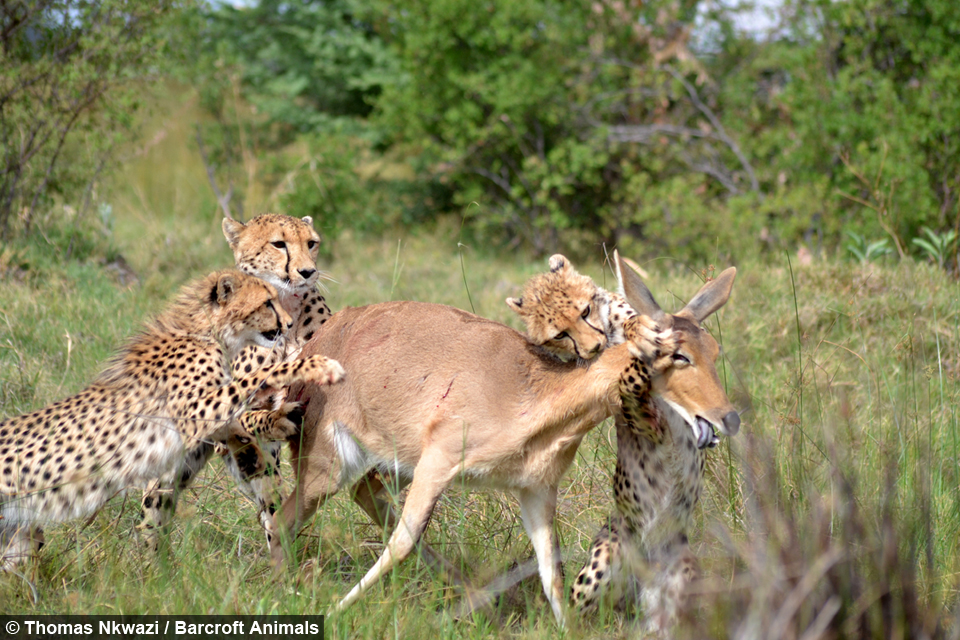 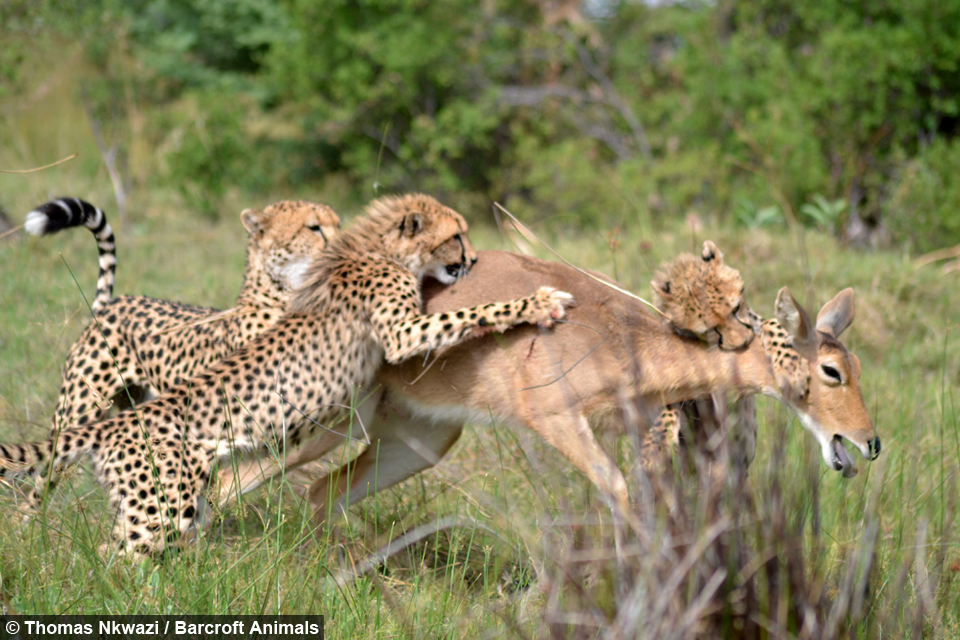 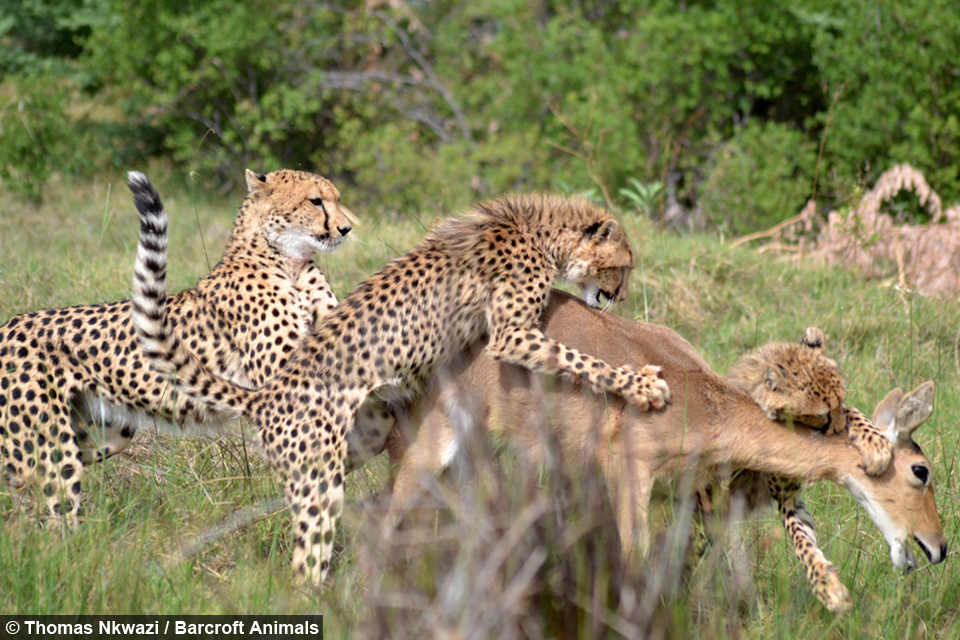 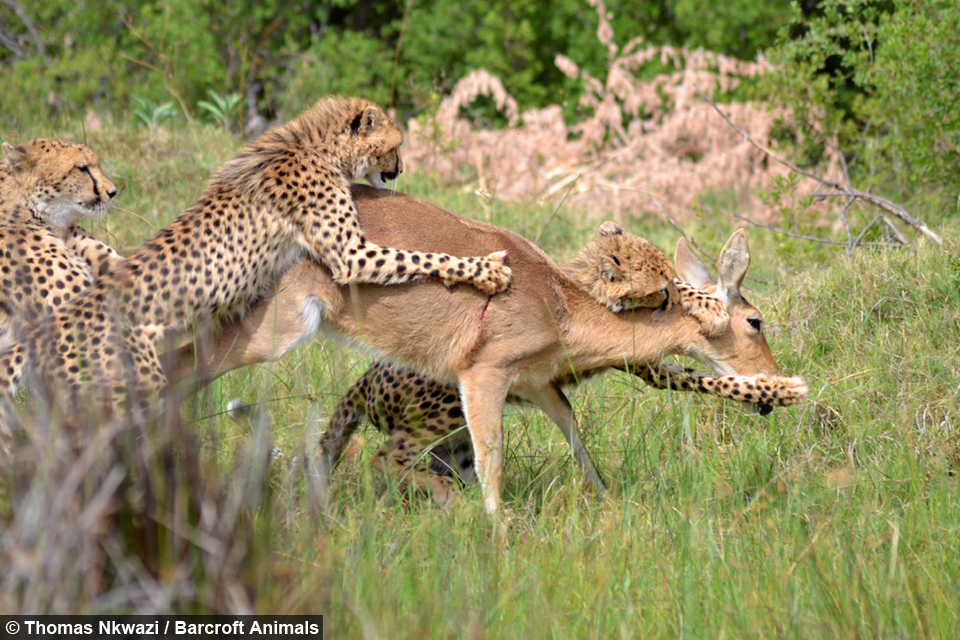