Priya was born at Big Cats of Serenity Springs and records show that she had four litters in under two years.

In the wild tigers breed roughly every two to three years, so her forced breeding had a huge impact on her health.

The majestic tiger was taken in by Big Cat Rescue in Tampa, Florida when the breeding mill was shut down.

Unfortunately Priya was in such poor shape when she arrived that she was rushed into surgery on her second day at the sanctuary.

Big Cat Rescue doctors sedated and examined her to find an extended belly, upon further investigation they discovered that she had hydrometra.

CEO of BCR, Carole Baskin said: “This is an accumulation of fluid in the womb, caused by inflammation and ill health.

During the first months the symptoms resemble those of pregnancy but by touching the neck of the womb and pressing the tumour fluctuation of fluids can be felt.

“The patient may have died from exhaustion, or the walls of the womb may have ruptured from the pressure of the fluid, causing fatal peritonitis - an inflammation of abdominal tissue.”

The beautiful cat arrived at Big Cat Rescue with a 20 lb infection in her uterine horns, which was resistant to an array of antibiotics.

While the bacteria was cultured and a working antibiotic found, poor Priya had to endure a second round of surgery after the bacteria seeping from her body prevented the stitches from holding.

Although Priya began to show clear signs of recovery, her journey to full health was far from over.

Carole said: “A week before she was to be released back to her earthen floored enclosure, keepers noted a pink slit in the stitches.

“We went into surgery thinking it would be a minor issue of putting in a couple of stitches to close the gap again, but what Dr. Justin Boorstein saw made him say that her prognosis of survival was not good.

“He was clearly distressed when he saw that the tissues had separated to the point that air was seeping into the open layer between her skin and her muscle.

“When he invited me to touch her skin and feel the crackling of it, as the air was compressed beneath my touch, I was horrified.

“I’d never felt anything so foreign to the feel of a sleekly muscled and furred cat.”

Following the first repair BCR vet Dr Justin Boorstein had been able to reach his arms into the gap all the way up to his elbows, now he could only reach in to his wrists.

Only time will tell if Priya will make a full recovery, but her prognosis is looking good, as the tissue around the wound is looking healthier every day.

In the meantime she has finally been released into her new enclosure and is enjoying the freedom of living at BCR in a safe environment. 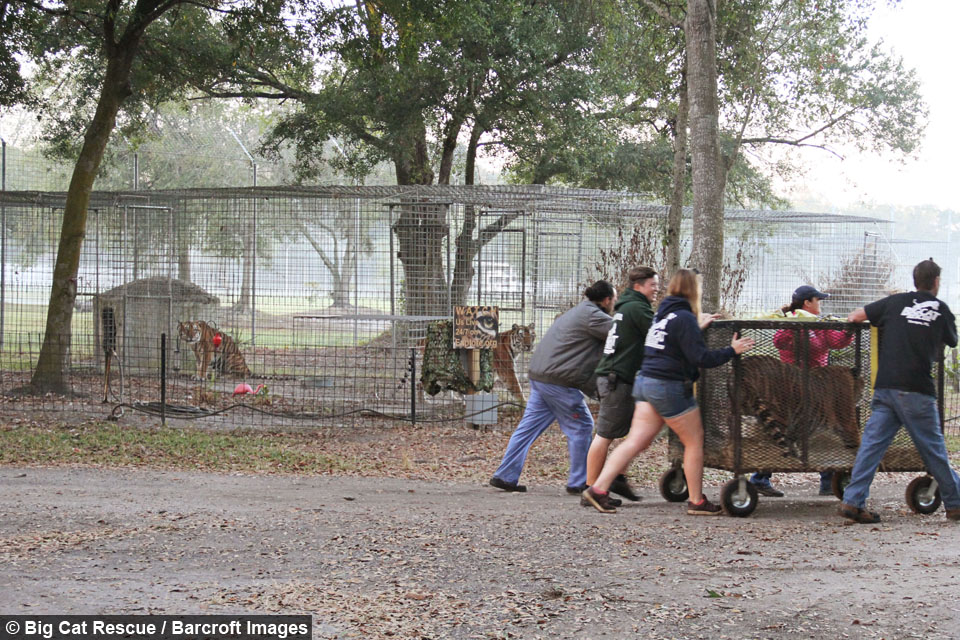 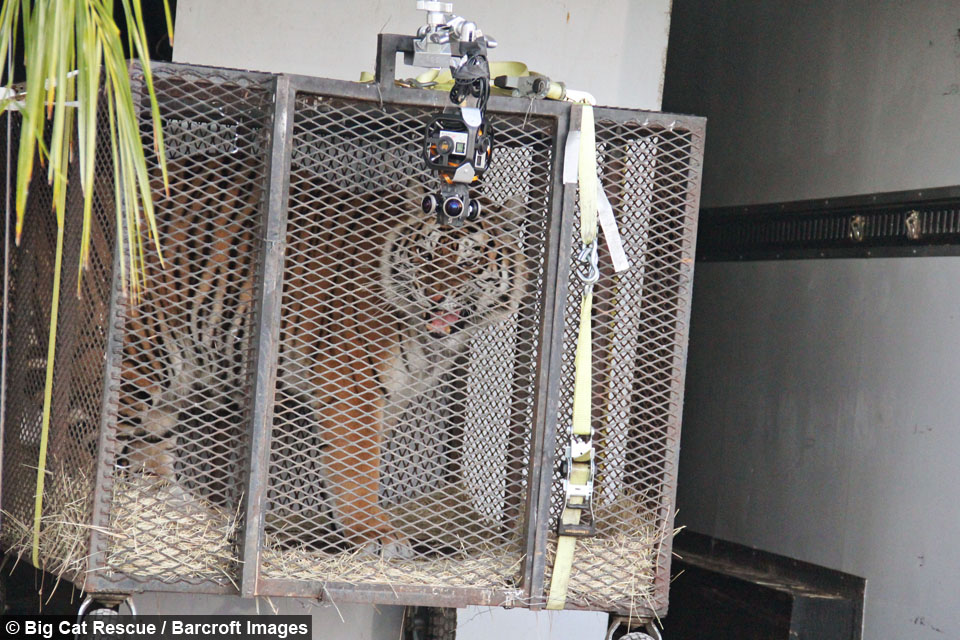 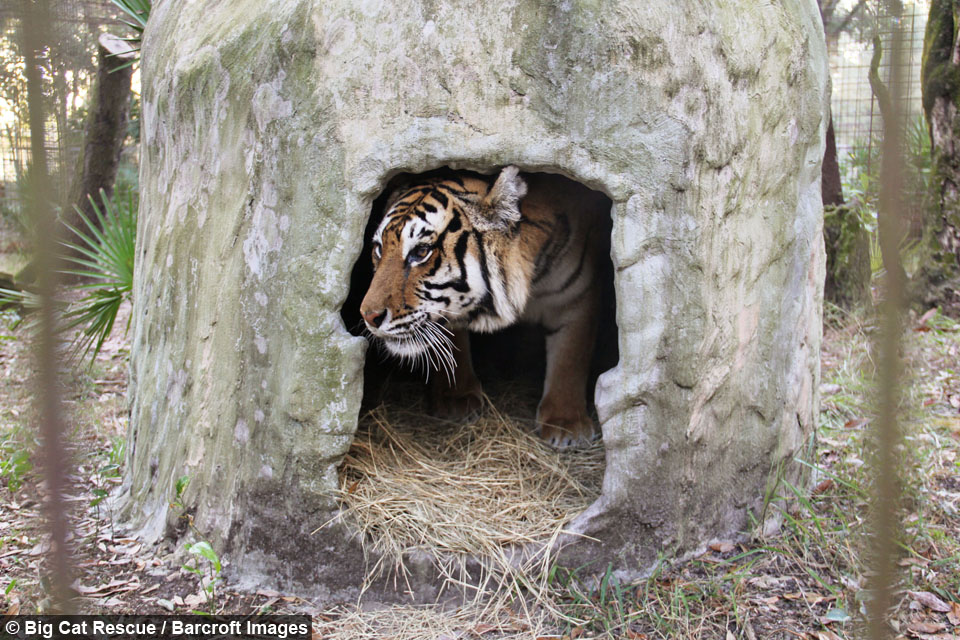 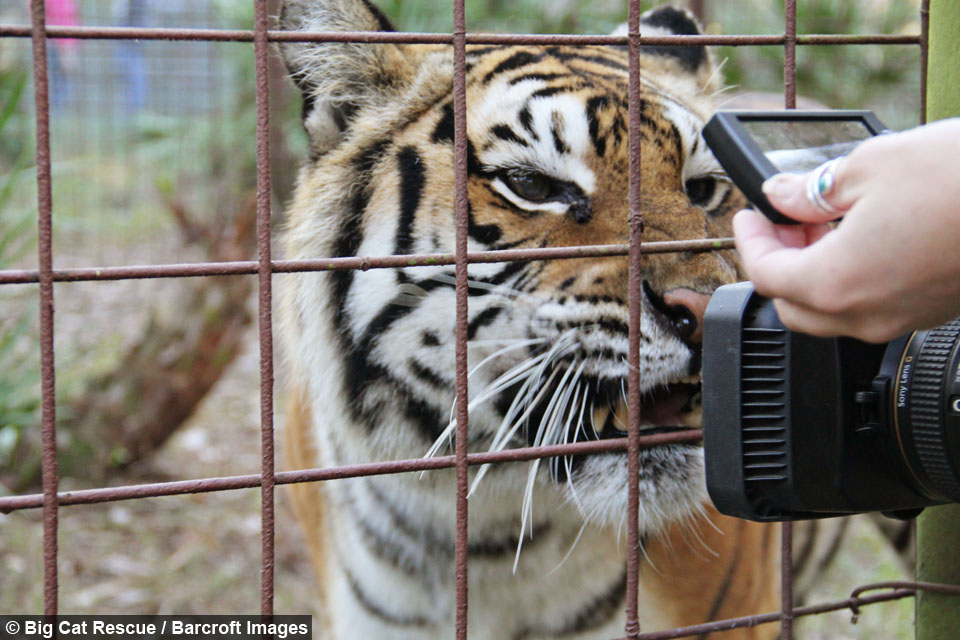 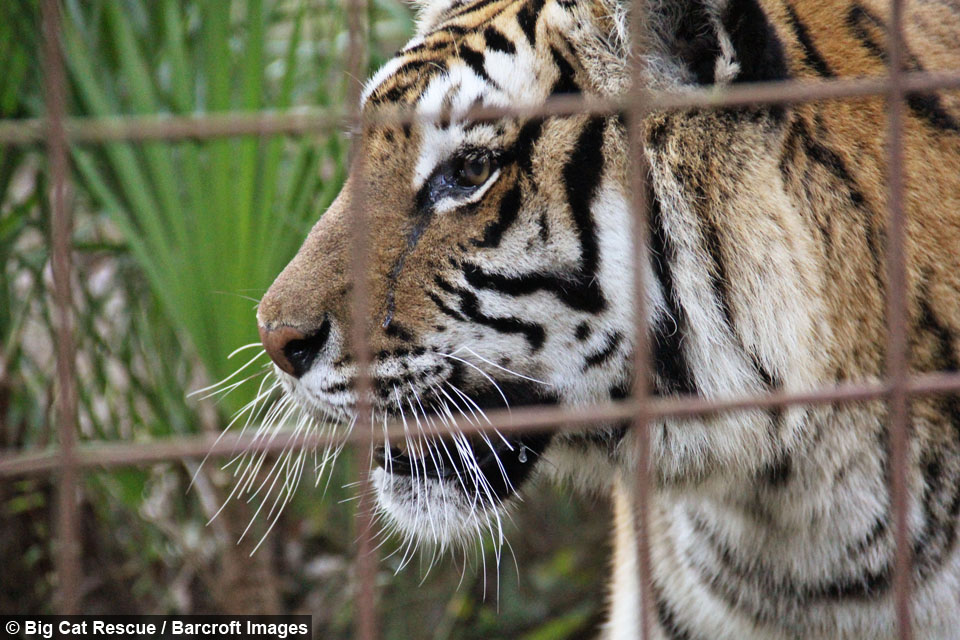 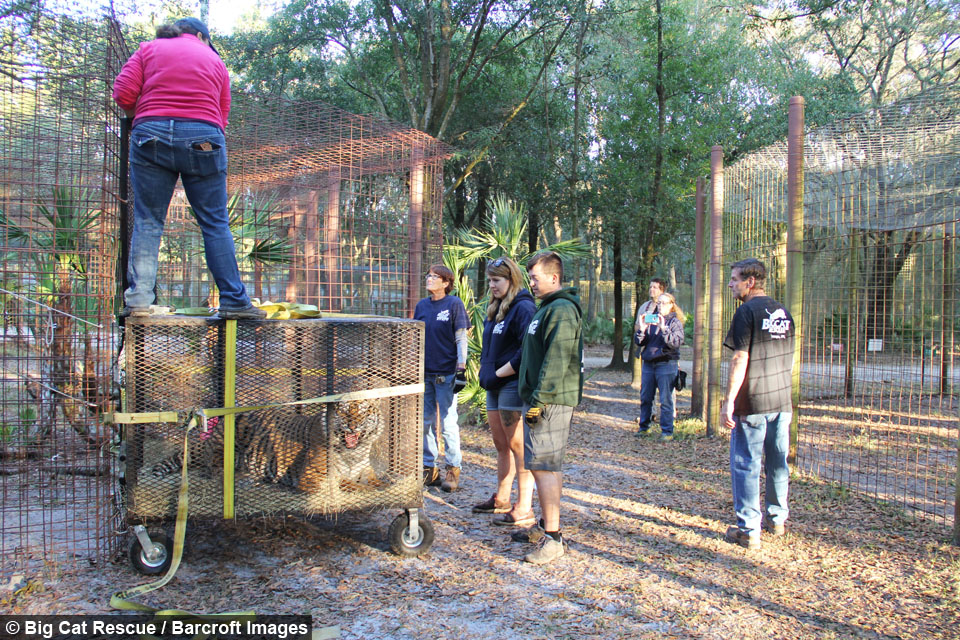 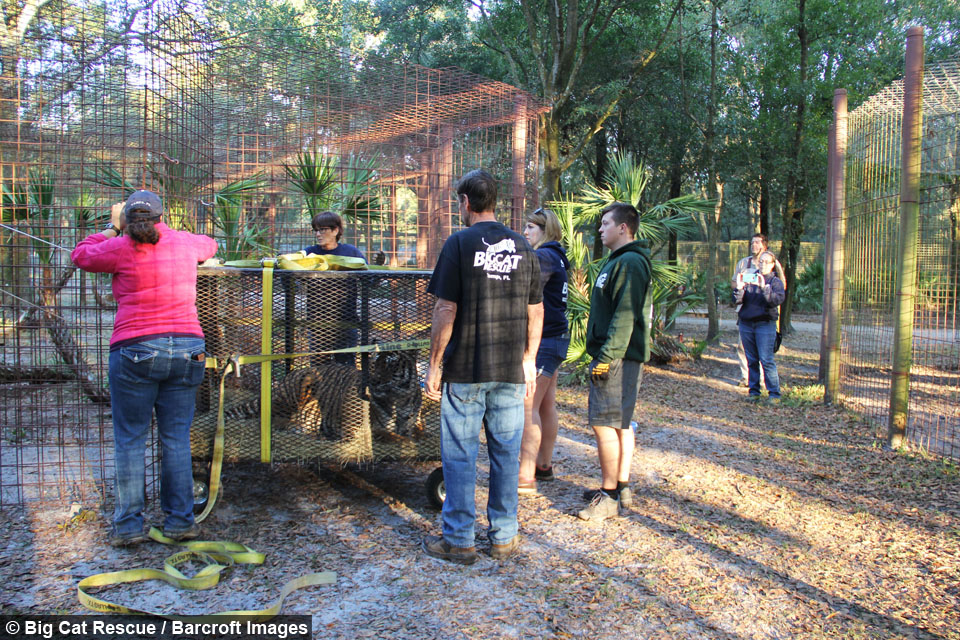