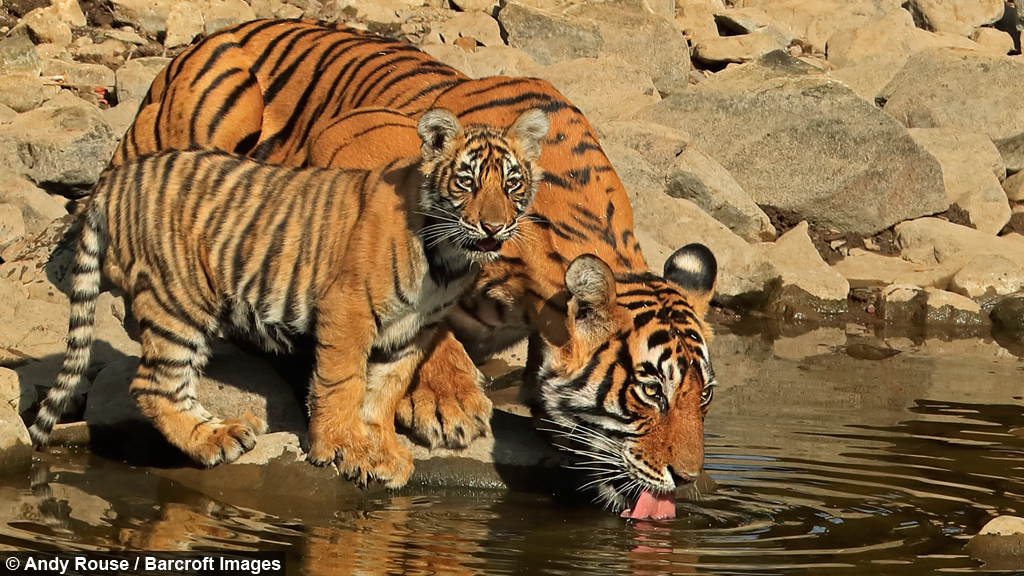 Shot in India’s Ranthambhore National Park, they reveal the intimate moments between a mother tiger and her 4-month-old cubs in the wild.

Wildlife photographer Andy Rouse had been on the trail of the mother, known as Noor, for several days but had only glimpsed a few tantalizing sightings of cubs’ tails flicking in the grass.

He said: “One morning, we arrived early to find Noor sitting by the road with her cubs.

"We knew, from experience, that sitting in the clear like this meant she was taking the cubs somewhere and we had a pretty good idea where - to a waterhole."

So Andy and his team decided to drive ahead of Noor to wait for the perfect photo opportunity.

Andy, 51, said: “We took a gamble and drove ahead of her on the road to wait. We had a perfect view of the waterhole and the road so would see her coming.

“Sure enough, she appeared with the cubs walking behind her. As she reached the first of the waterholes, two of the cubs raced ahead and started to play, whilst one stayed with her and followed her down to the water to drink.”

Rouse stayed on the road the whole time during the encounter and he believes this allowed Noor to stay relaxed, allowing the photographer's encounter with the majestic animal to develop.

He said: “The closest we got was 20 metres, it was on her terms. We respected her, both as a mother and the fact that we were just guests in her domain, by staying a good distance away and not doing anything to alarm her.

“So it was an encounter that was about as perfect as it could be.”

For Andy, it was an extremely rare opportunity to see tiger cubs in their natural environment and the images show the mother tiger looking after her cubs, just as we would our own children.

The wildlife photographer said: “As she reached the first of the waterholes, two of the cubs raced ahead and started to play, whilst one stayed with her and followed her down to the water to drink.

“She kept glancing at the two naughty cubs and after a minute or so obviously could not relax so she stopped drinking and walked to the second waterhole where the cubs were playing.”

Rouse added: “It’s so rare to see tiger cubs like this, really I don’t ever expect it, but when I do there is really nothing that compares with the high that I feel afterwards.

"To have such a close and peaceful encounter with an endangered and iconic big cat is beyond words, it’s more like a dream come true.” 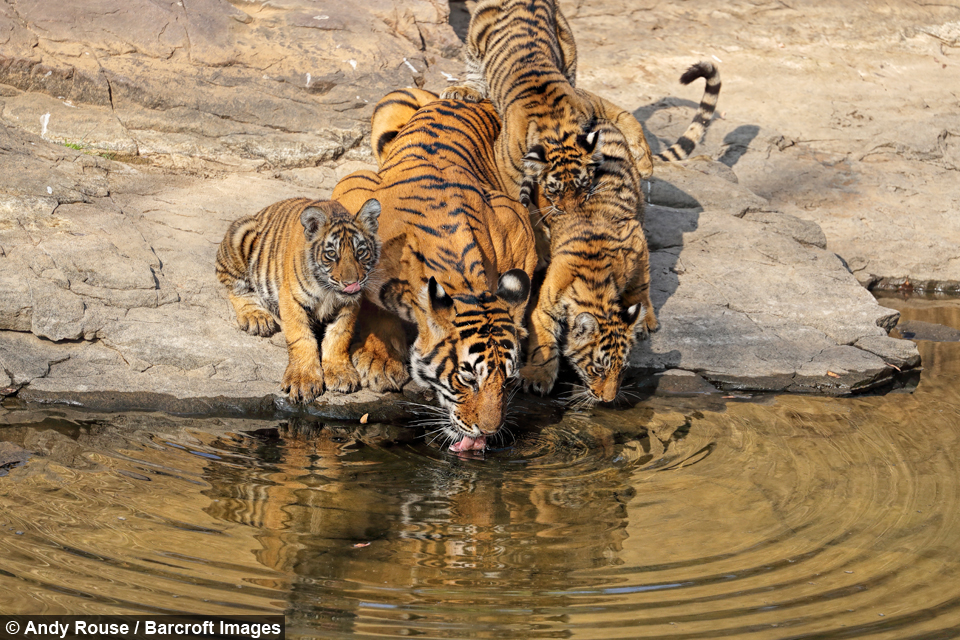 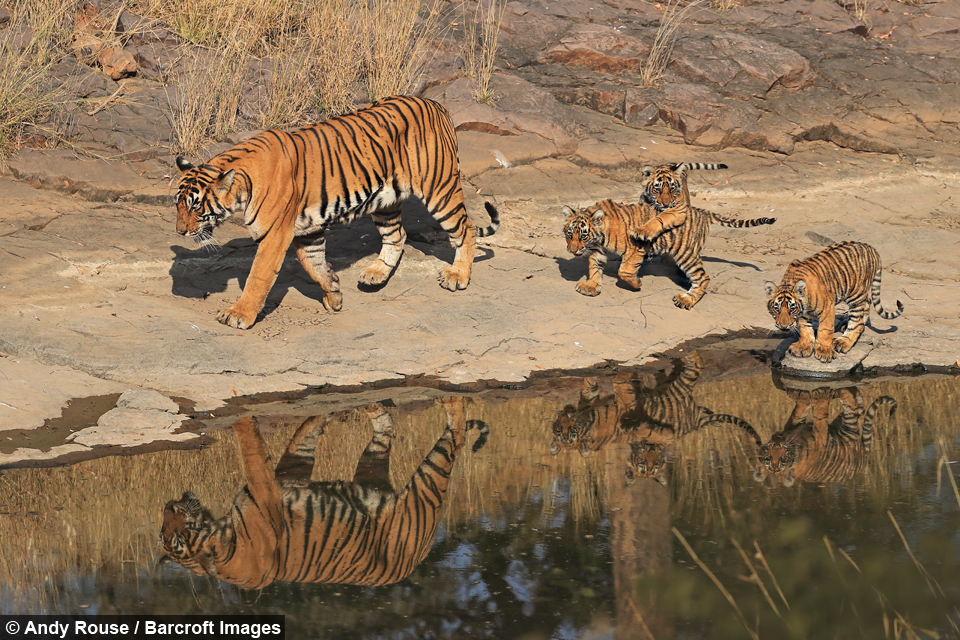 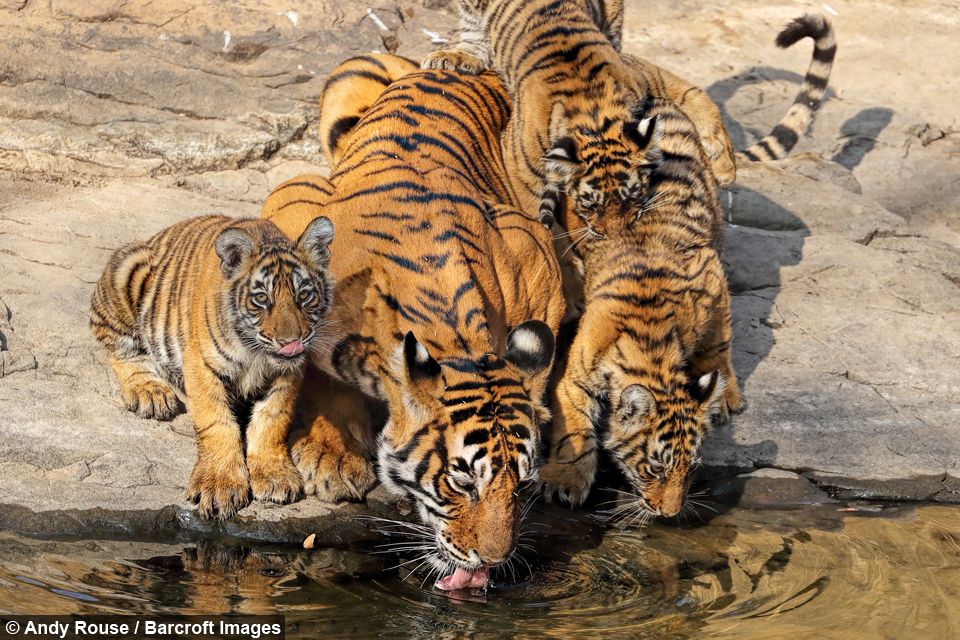 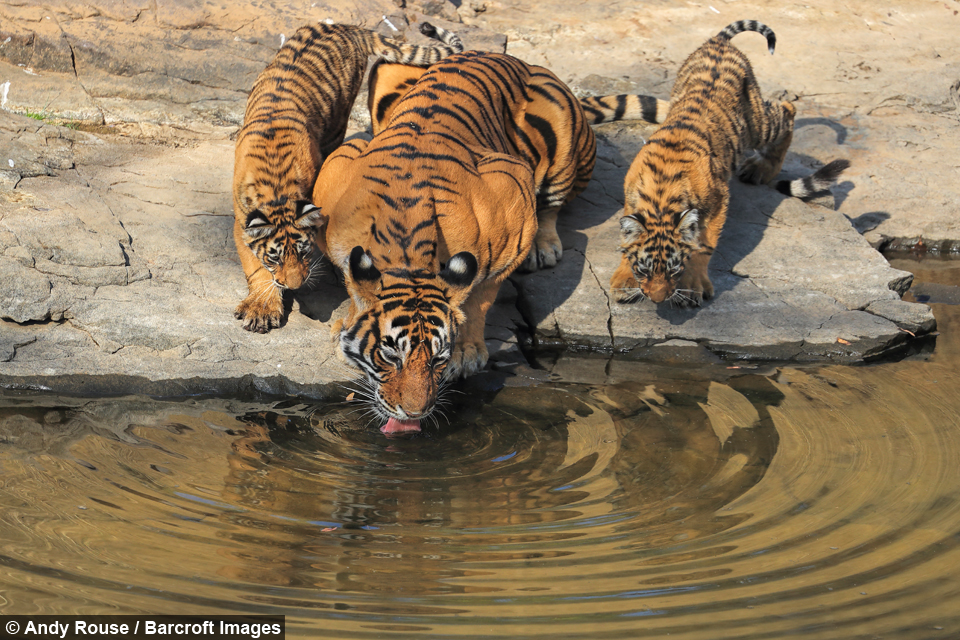 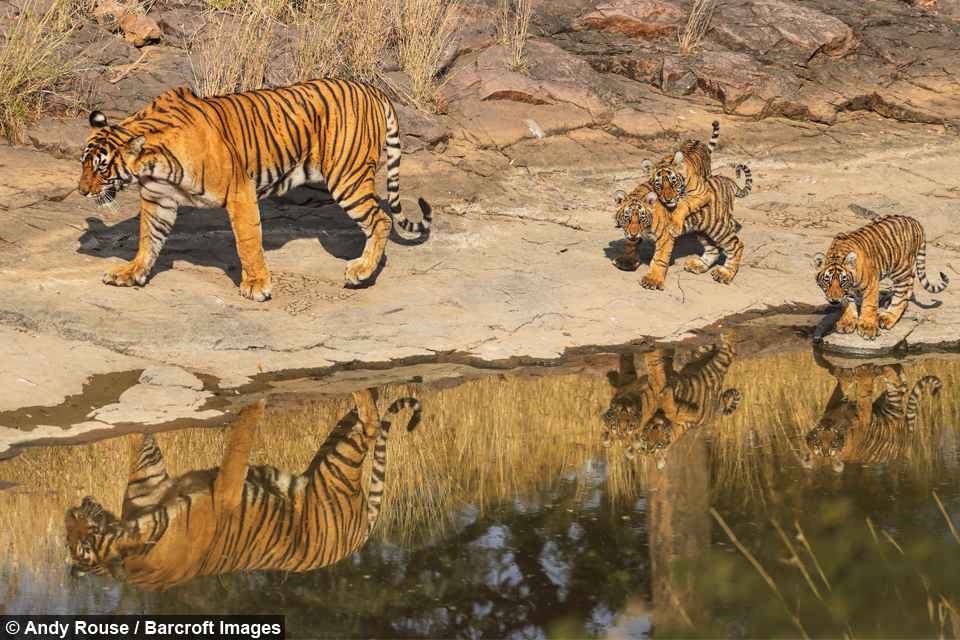