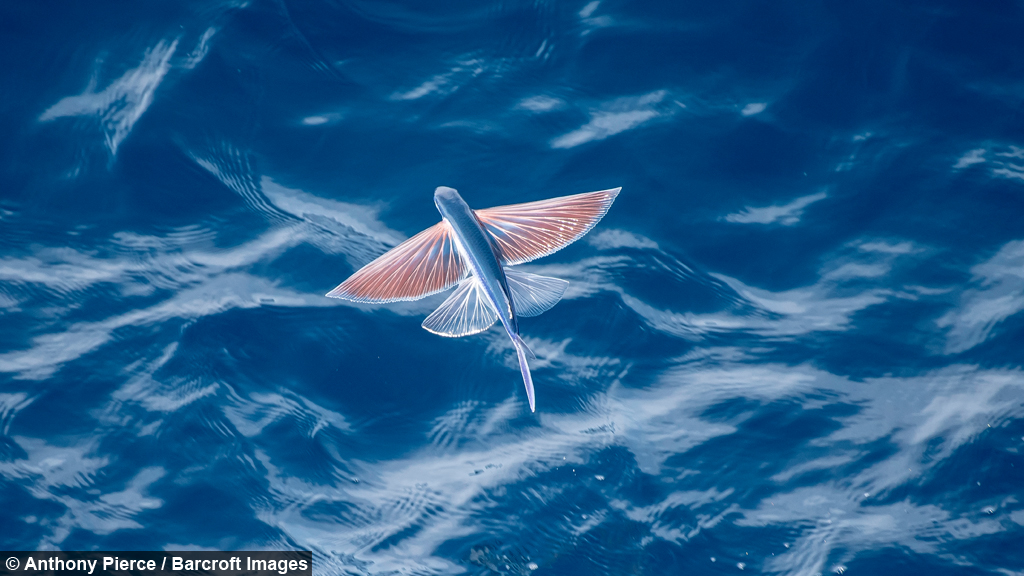 On March 2, marine photographer Anthony Pierce was sailing 320 miles west of Mauritania, North Africa, when he was lucky enough to spot the stunning flying fish beyond the continental shelf.

“I’ve been photographing marine animals all over the world for 13 years and, in all honesty, I’ve never seen such a large group.

“It was a wonderful feeling – I was awestruck at the scale of it.

“I was literally in the middle of nowhere, hundreds of miles from land, but was fortunate to witness something that I believe is a wonder of nature – a fish that can fly through the air for hundreds of metres.”

Anthony’s images showcase the entire sequence of how a flying fish propels from the water and takes to the air with its elongated tail.

“The fish are very hard to photograph as they are only three to eight inches long and so I had to use a very fast shutter speed on the camera in order to capture this.

“Once the fish has gained enough speed and lift, it opens its huge pectoral fins and glides away, using them like wings.

“They can fly like this for hundreds of metres without re-entering the water.”

Anthony calculated the shoal of flying fish that he encountered covered an area of more than 112 miles.

“There must have been tens, possibly even hundreds of thousands of individual fish in the shoal,” he added.

“To be honest, I am very pleased with and proud of the images – it gives me a buzz whenever I look at them!

“I can zoom in on them and see tiny details like their scales, the membranes on their wings and even the droplets of water falling from them as they fly.

“It’s my hope that other people will enjoy them too.” 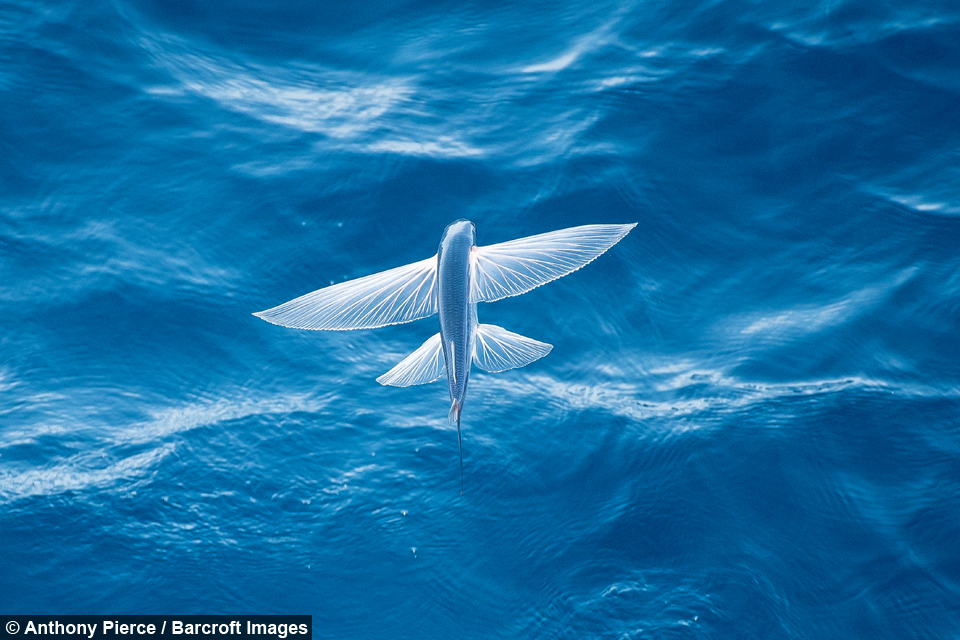 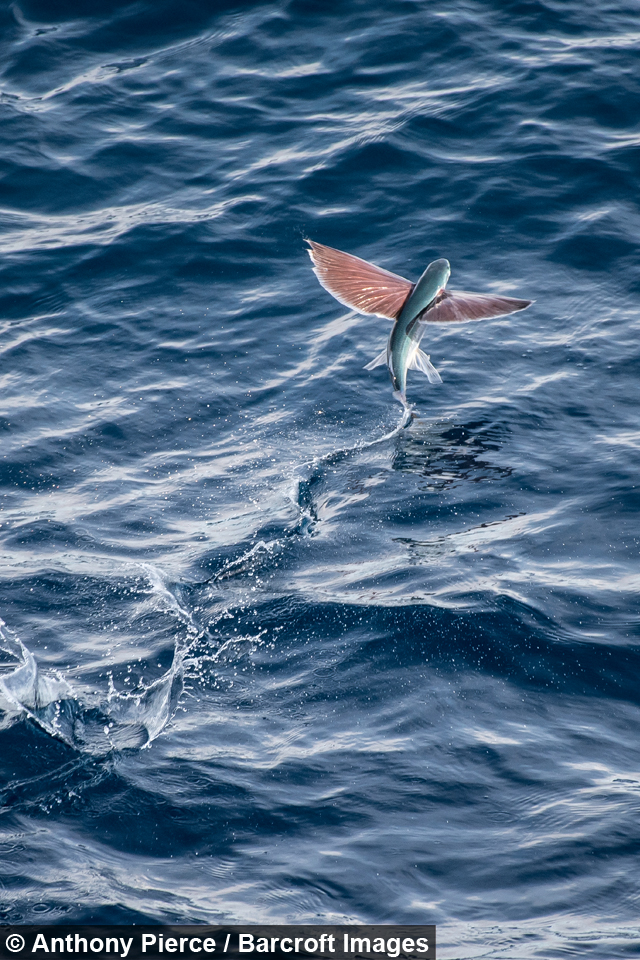 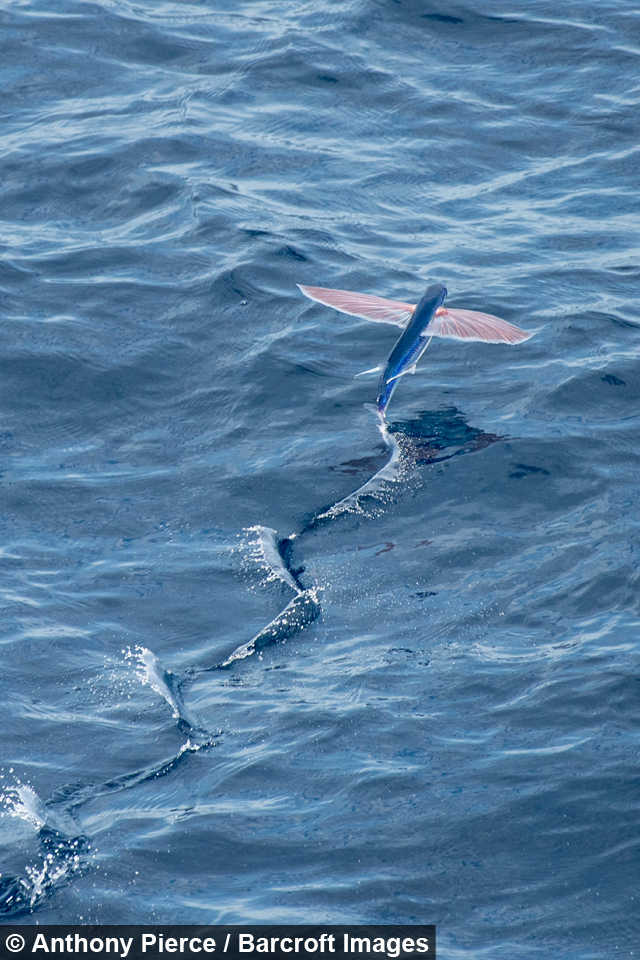 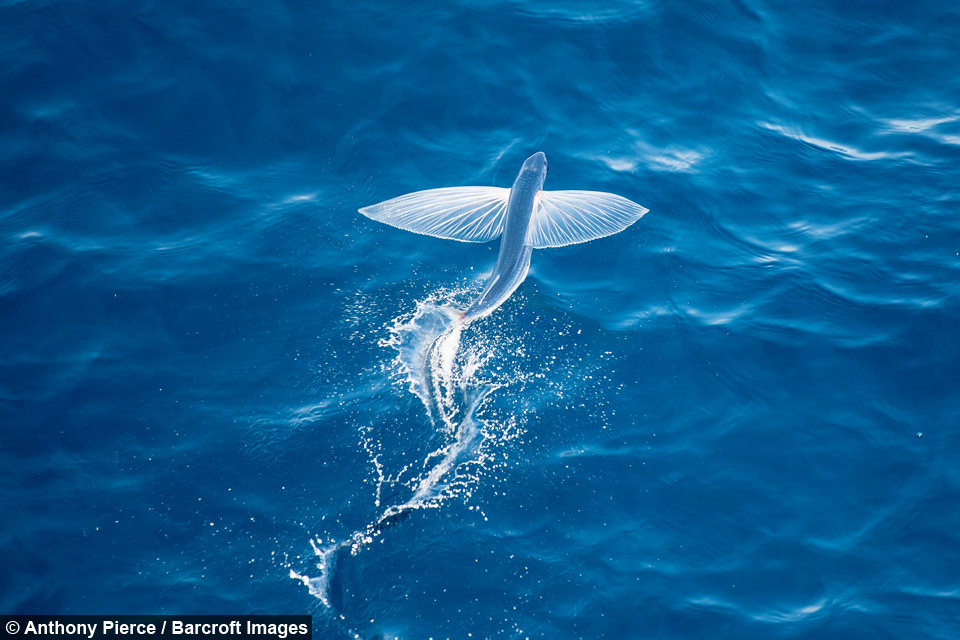 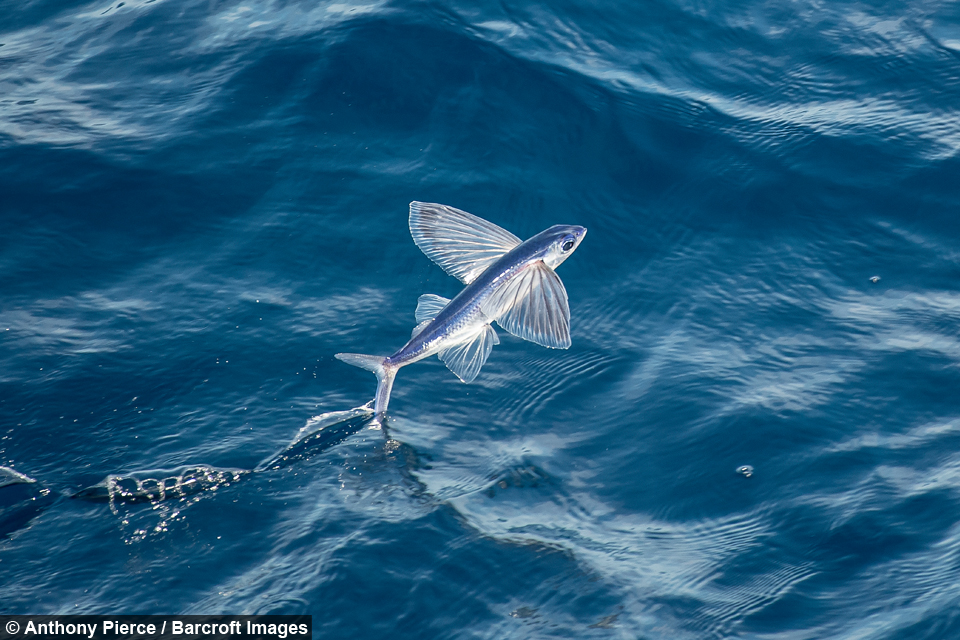 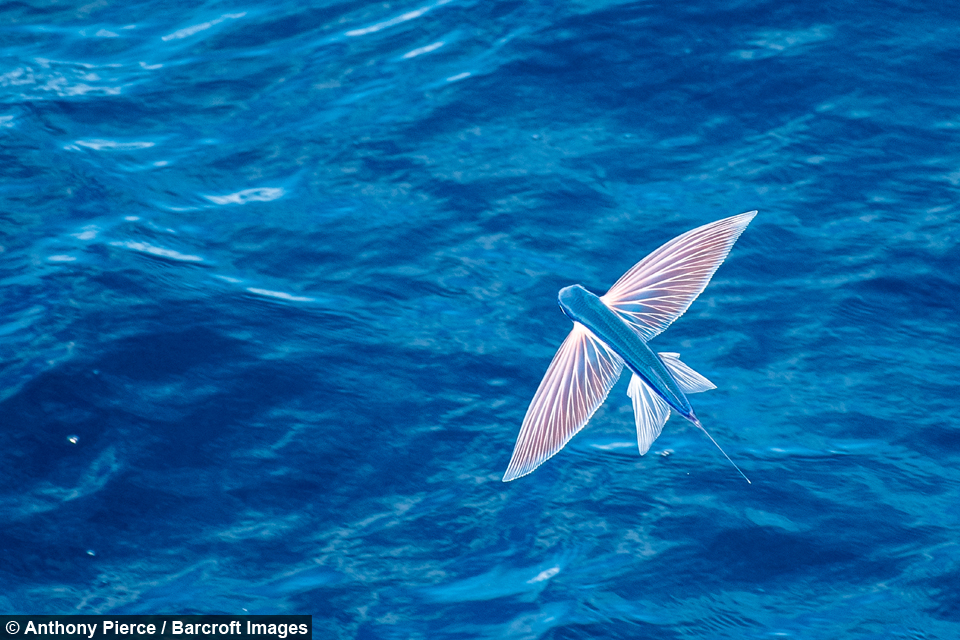