Thousands of giant walruses spotted in rare sighting in Alaska 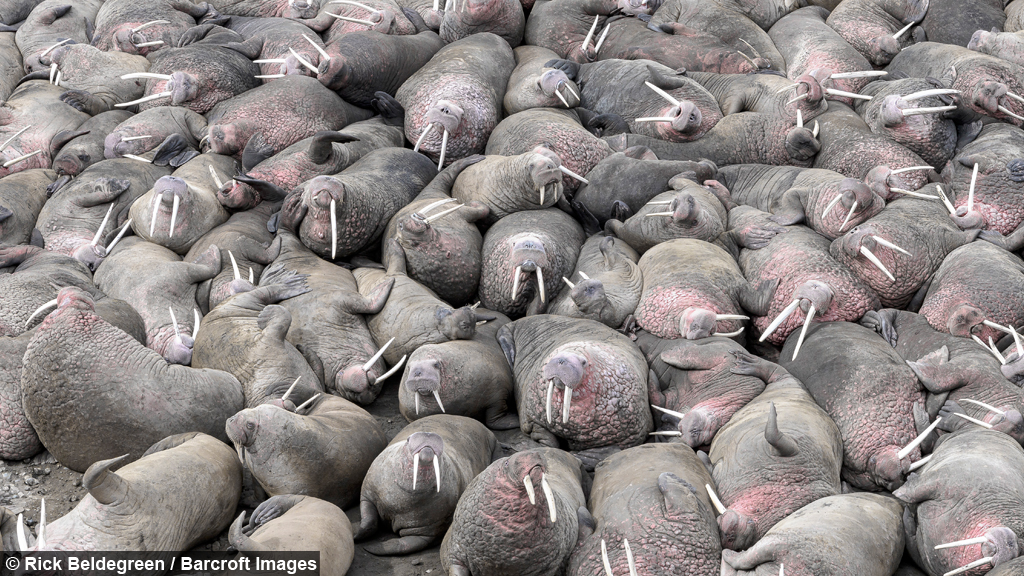 Semi-retired vet and wildlife photographer Doctor Rick Beldegreen captured the incredible sight of a herd of thousands or walruses crowded together on a Aleutian Islands beach as melting sea ice forced the animals ashore.

Whilst on a trip in Alaska photographing brown bears during the annual salmon run, Rick received news from a local bush pilot about the the huge herd of walruses.

Rick, 64, said: “It didn’t take long for us to set in motion a plan to locate a pilot who was capable of landing his plane on the beach, a short hike away from the walrus herd.

“This was a rare opportunity to see a species that inhabits very remote and often very inaccessible locations.”

The size of this particular herd of walrus was estimated to be between 2000-3000.

The photographer, from New York, said: “The disappearing ice of summer causes the walruses to come on-shore in unusually large numbers, abandoning the safety of the sea ice and their food supply.

“Walrus feed on shellfish, primarily mussels and clams. From their on-shore location they have to make routine foraging trips out to sea to locate food.”

Once Rick had landed on the beach, he hiked up the beach to within 300 yards of the herd - walking above and out of sight to the walruses.

He said: “Once we had reached the location of the herd, we crawled on our bellies to the edge of the bluff where we were able to look straight down on this image of a grunting, snorting, jiggling biomass of tusks and blubber.

“Walruses are very social animals and it is a spectacular sight to see thousands of two tonne animals laying side by side and on top of each other and all seeming to be content with this very close living situation.”

The beasts are often seen with hundreds of others but to see thousands together is rare.

The worldwide walrus population is about 250,000 animals with Pacific walruses numbering at more than 200,000.

The Pacific walrus population was severely reduced by hunting in the past, but their numbers have rebounded after these severe reductions.

Rick spent hours photographing the walrus herd but had to stay cautious not to approach the animals too closely.

He said: “We were very cautious not to approach the herd too close as we knew that startling the herd could result in a stampede and the unnecessary injury or death of smaller walruses from trampling.

"We were able to approach within about 75 yards without causing any alarm,” said Rick.

“This had to be one of the most fascinating and unique animal experiences of my life.” To take a look at more of Rick’s incredible photography, visit his website: http://www.wildimage.photography/

Thousands of giant walruses spotted in rare sighting in Alaska 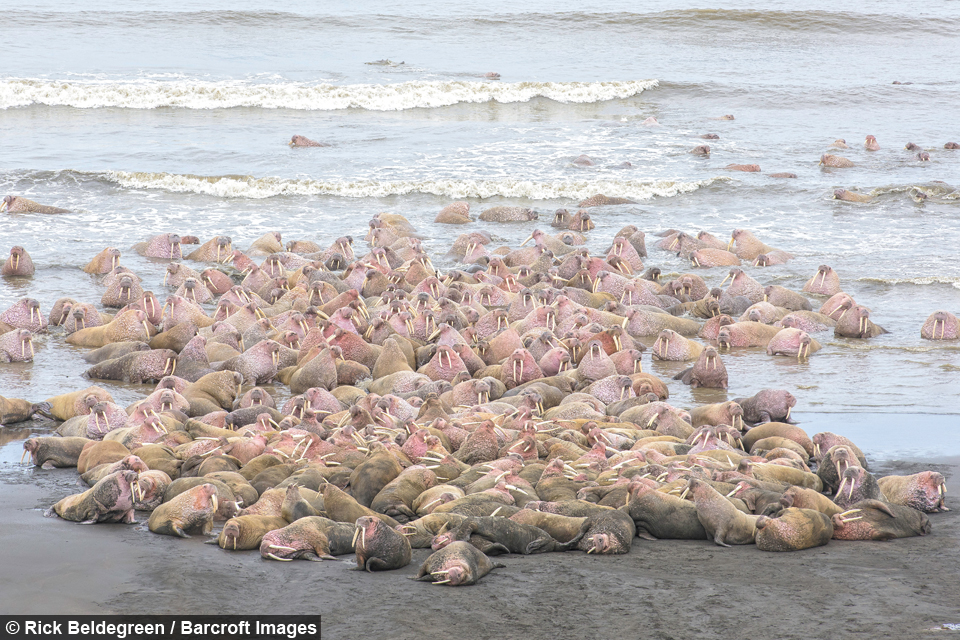 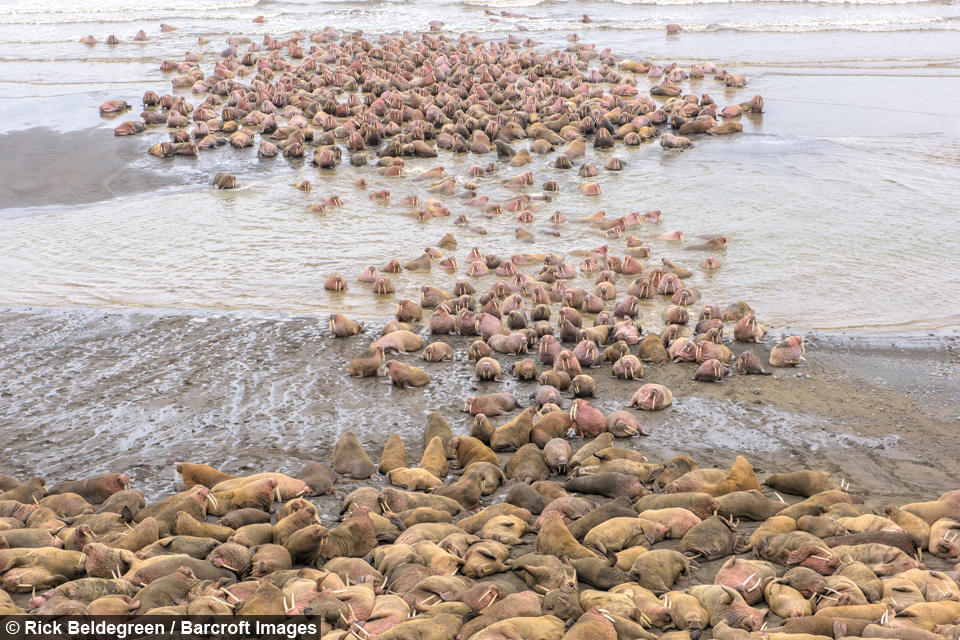 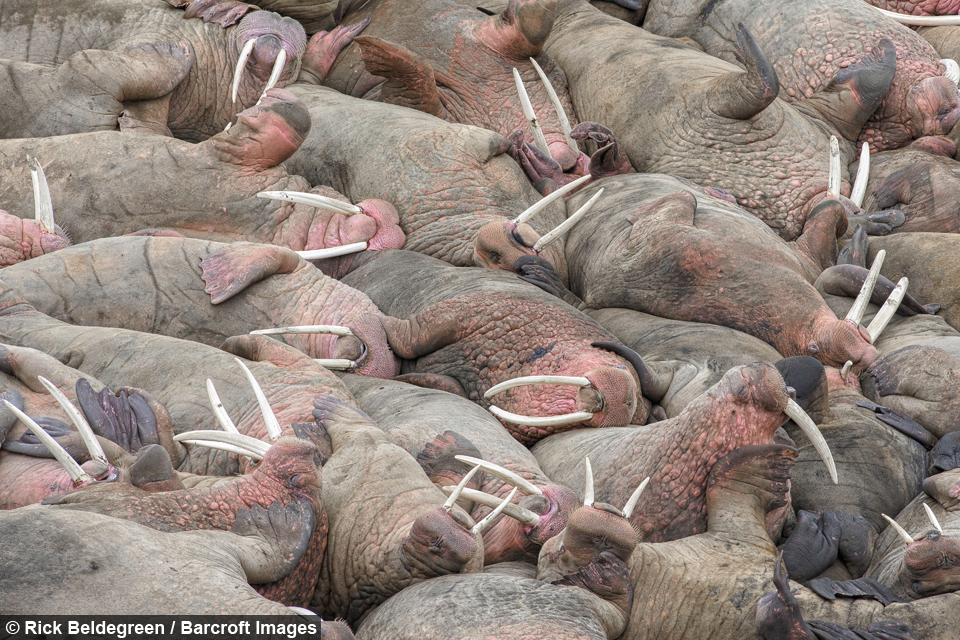 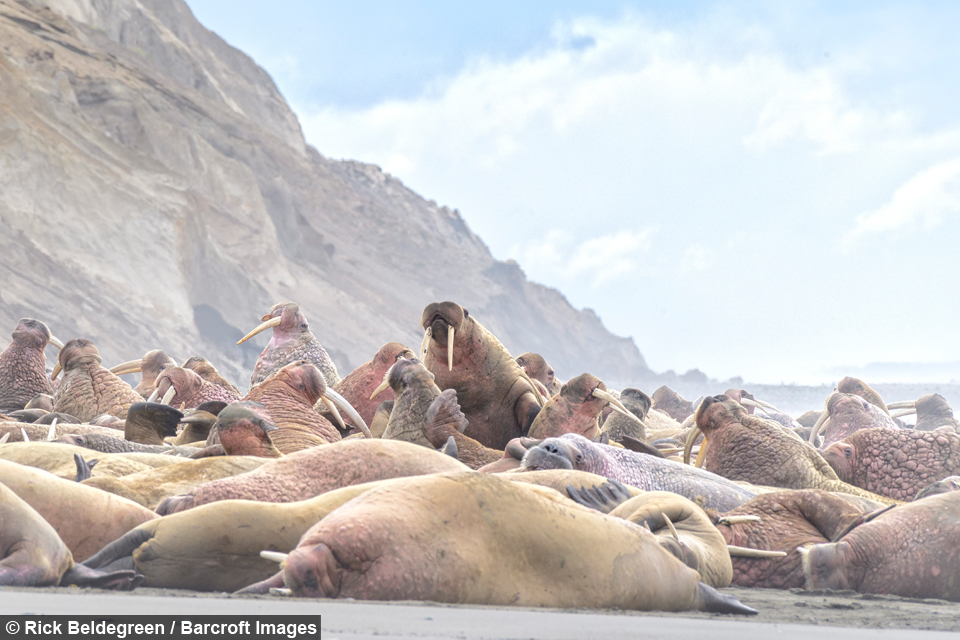 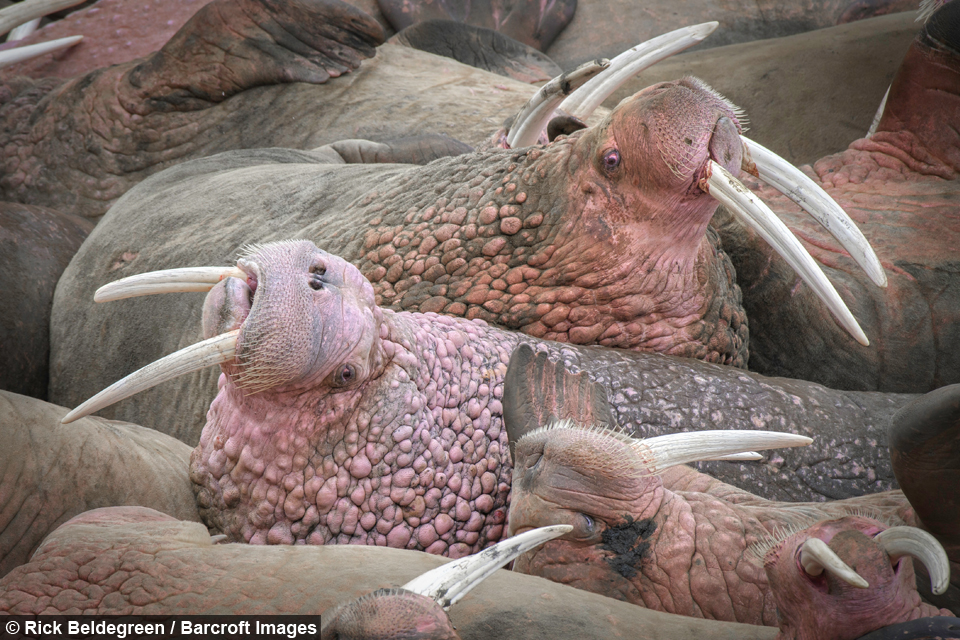 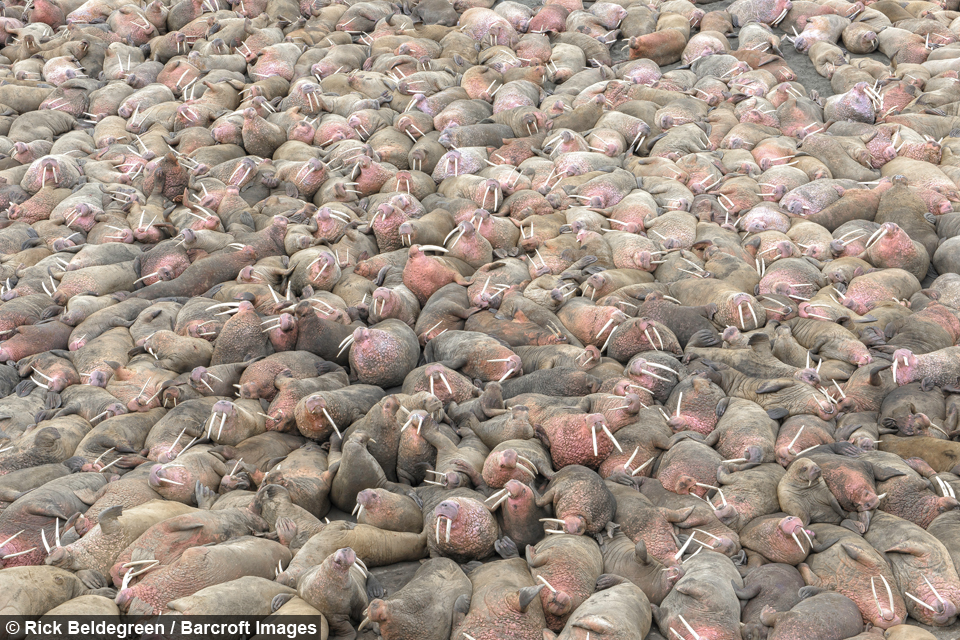 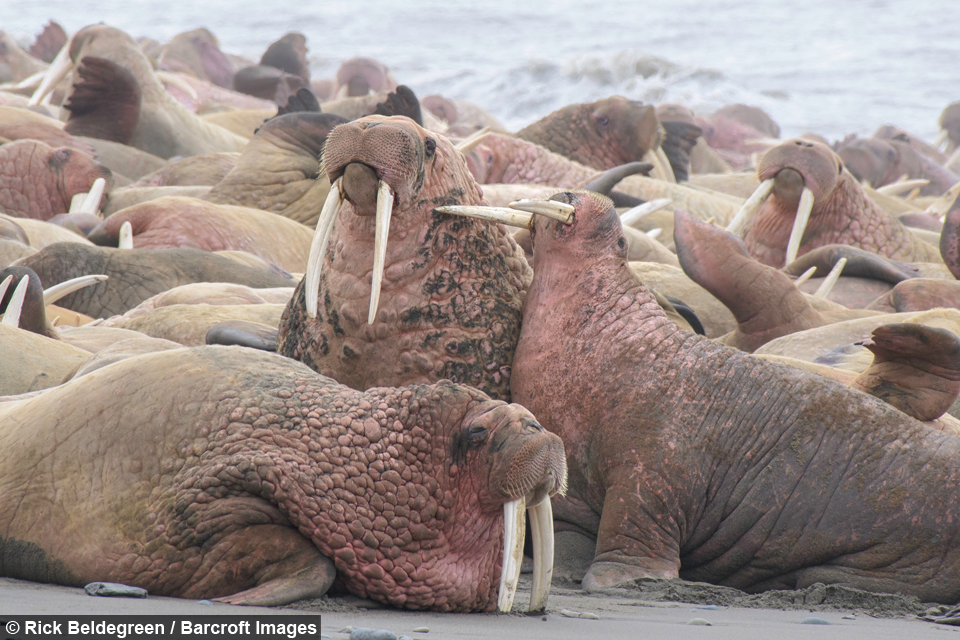