A Jumping Spider's Dance For Love

IN AN eccentric dance, a male spider attempts to woo his mate with his moves and colourful mouthparts 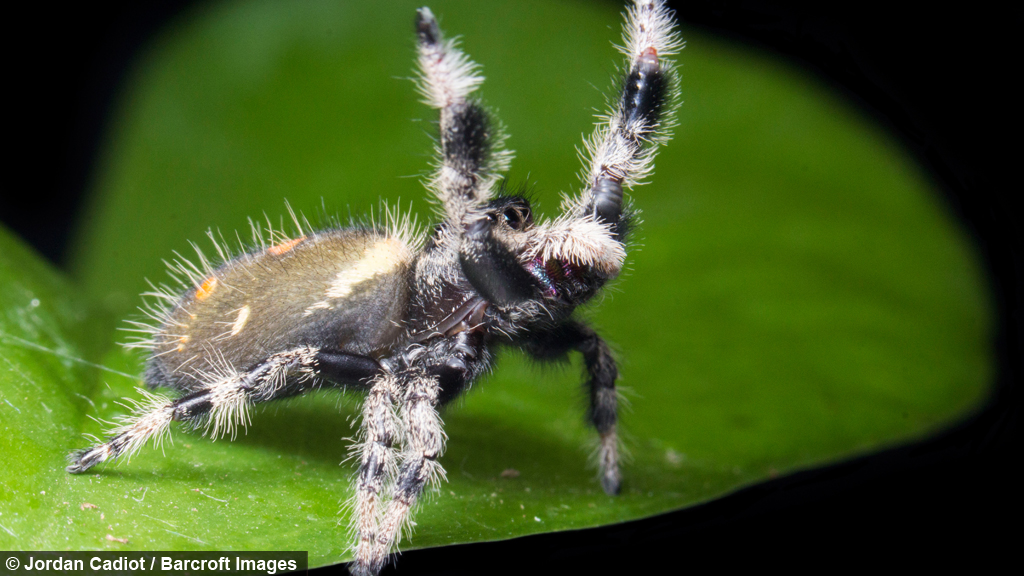 The phidippus regis, or regal jumping spider, is the largest spices of jumping spider in eastern North America, ranging from 6 - 18mm.

There are over 5800 species of jumping spider and they have some of the best vision among arthropods, using it in courtship and hunting.

The regal jumping spider is easily identified by its iridescent mouthparts, known as chelicerae, and are often striking blue in males.

The courtship dance is an elaborate display of zigzag movements, and vibrations, in the hope that the female will assume a passive, crouching position.

If the female remains impressed with the male’s dancing, she will display her pedipalps and allow the male to climb onto her back and mate.

A Jumping Spider's Dance For Love 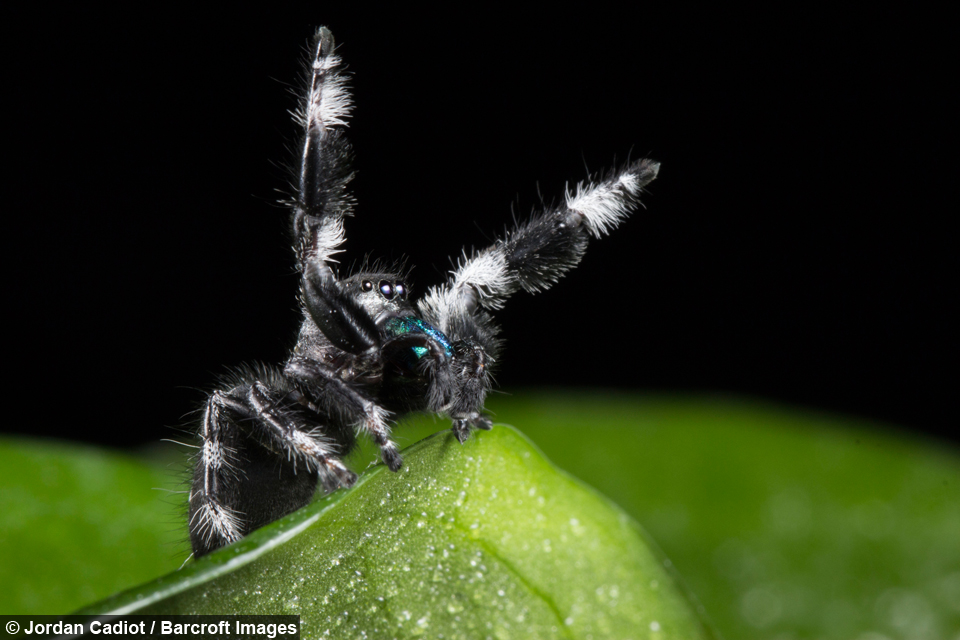 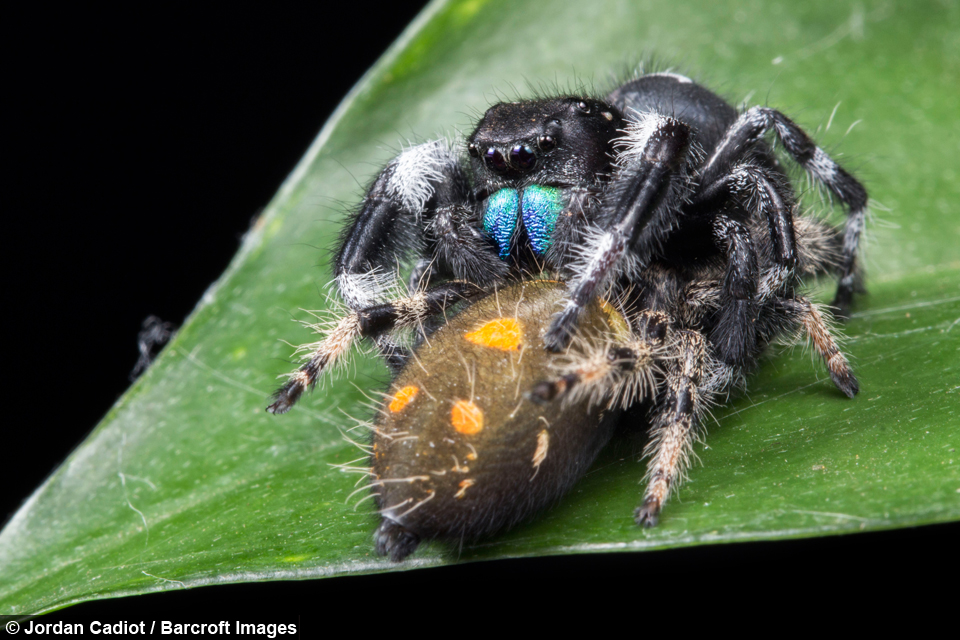 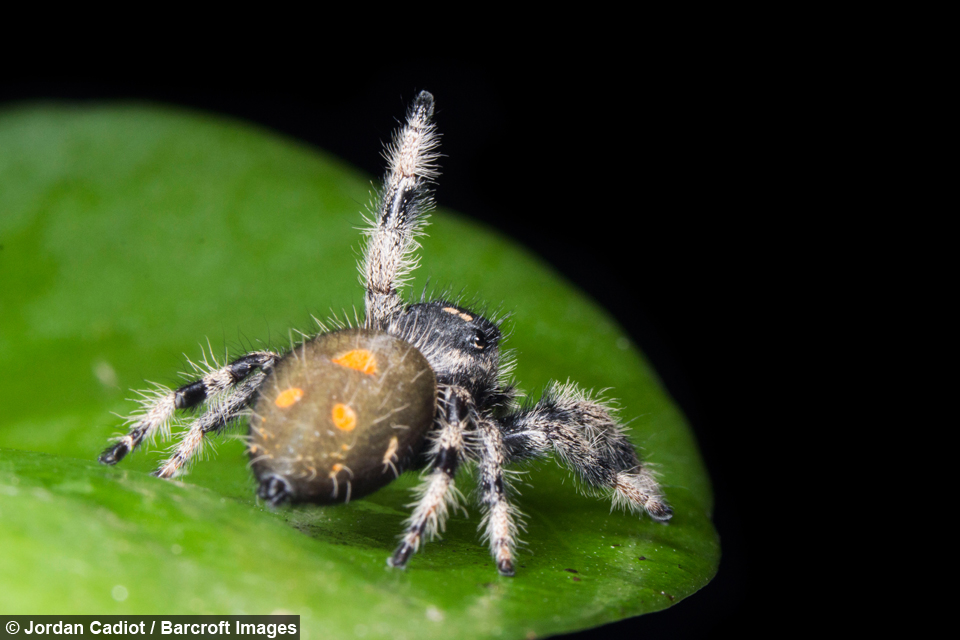 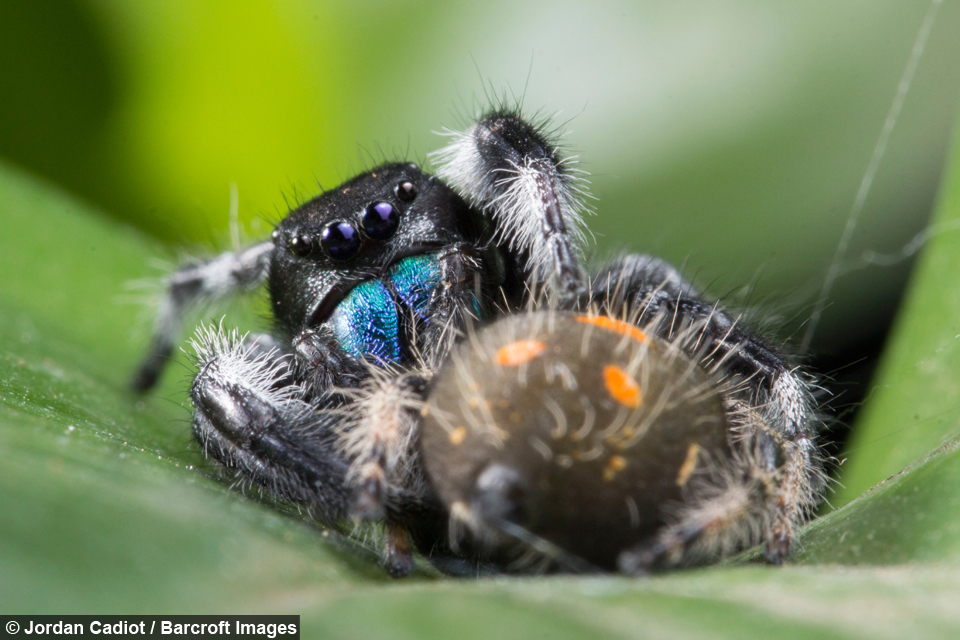 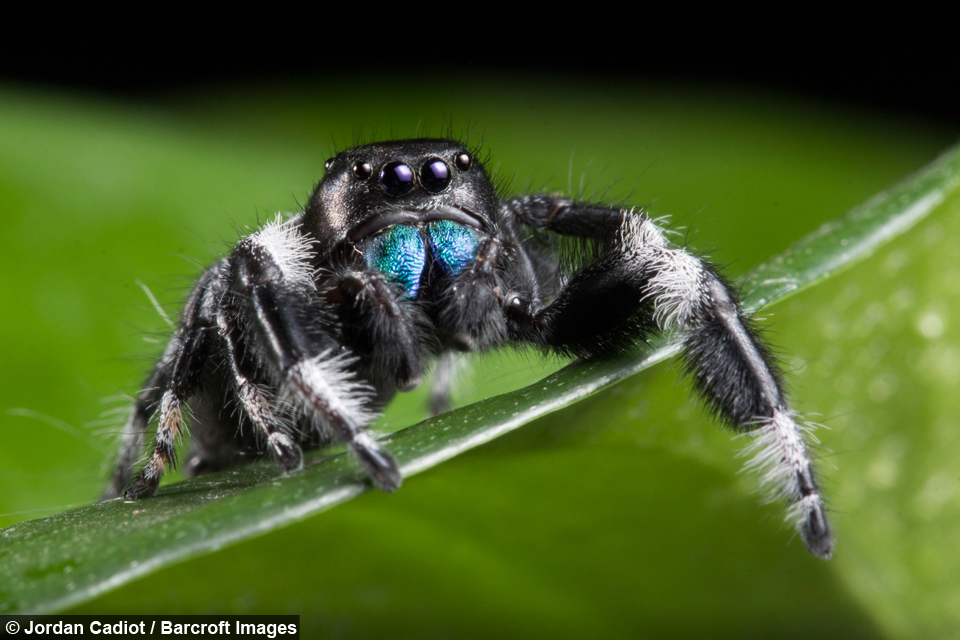 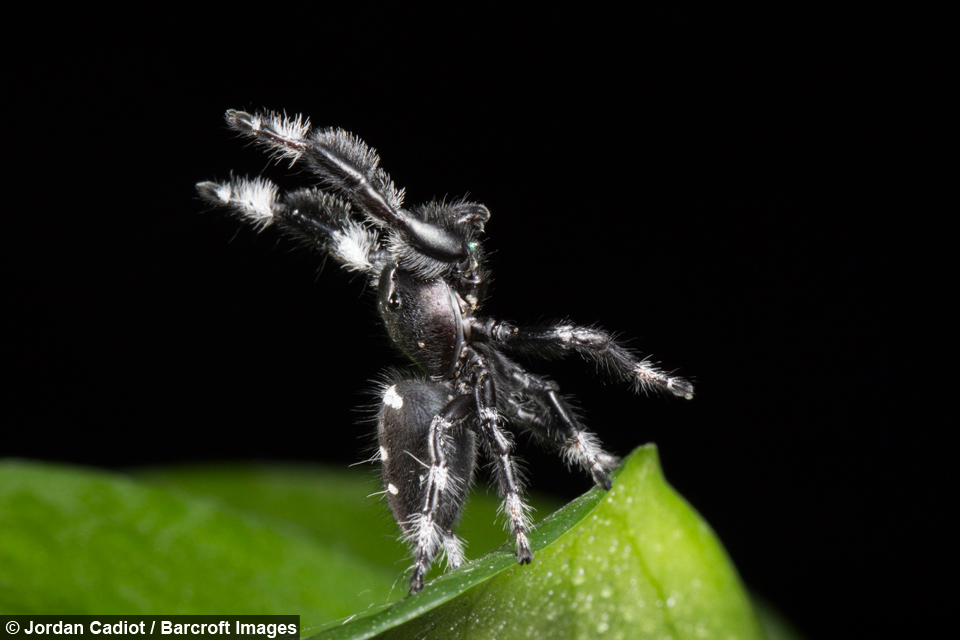