Night Cap: Animals Quench Their Thirst At The Midnight Hour 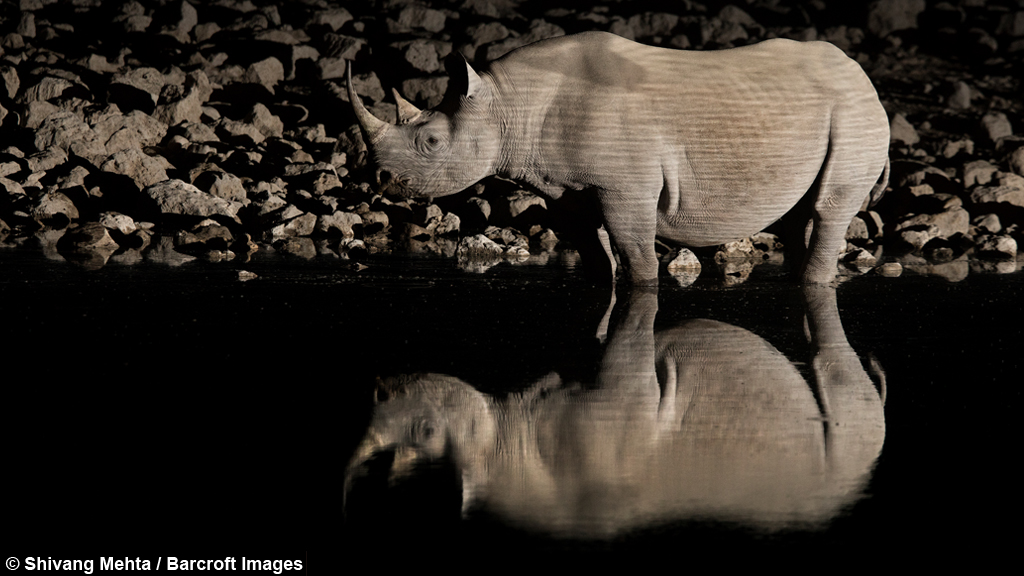 Wildlife photographer Shivang Mehta spent a few days at the Etosha National Park and the red sand dunes of Sossusvlei in Namibia, focusing on capturing images during the night.

During his time, Shivang came across rhinos, a giraffe and a lion quenching their thirst during the night.

He said: “Photographing in the night is always a challenge because there is no ambient light. Pre-visualisation plays a key role, specially for the landscape images. I used to prepare for these shots during the day hours and then wait for night fall.”

Sossusvlei has some of the tallest sand dunes in the world and provides a spectacular backdrop of stars and the milky way to capture at night.

The photographer continued: “The star studded skies across Sossusvlei and the amazing desert backdrops were very lucrative to work around the night sky.

"The dead trees at Sossusvlei and the quiver trees look very mysterious as the sun sets over the horizon. So once you have an image in mind, you need to be precise in your preparation for that shot and then leave it to the starry skies.”

The charm of Etosha National Park is watching wildlife in close proximity at the water holes. Shivang says that shooting at night while on a safari tour can get tiring.

He said: “After doing my normal routine game drives during the day, I used to sleep post dinner for three hours and spend long hours at a waterhole from midnight to 5.30 in the morning. At times nights were super active but there were days when the nights were quite.”

And as well as the stunning images, Shivang also came back with a fun story.

He explained: “One of the nights at Etosha, I had almost given up hopes for any wildlife at the waterhole. After hours of silence, two lions walked towards the waterhole.

"Coincidently at the same time, a jackal loitering around found my camera bag and ran off with my tele-converter. It was a dilemma whether to shoot the lions or run after the jackal.

"I gave up on the jackal chase and focused on the lions as such night images of lions are not that common. Fortunately I did retrieve my convertor from the bushes later on.”

Night Cap: Animals Quench Their Thirst At The Midnight Hour 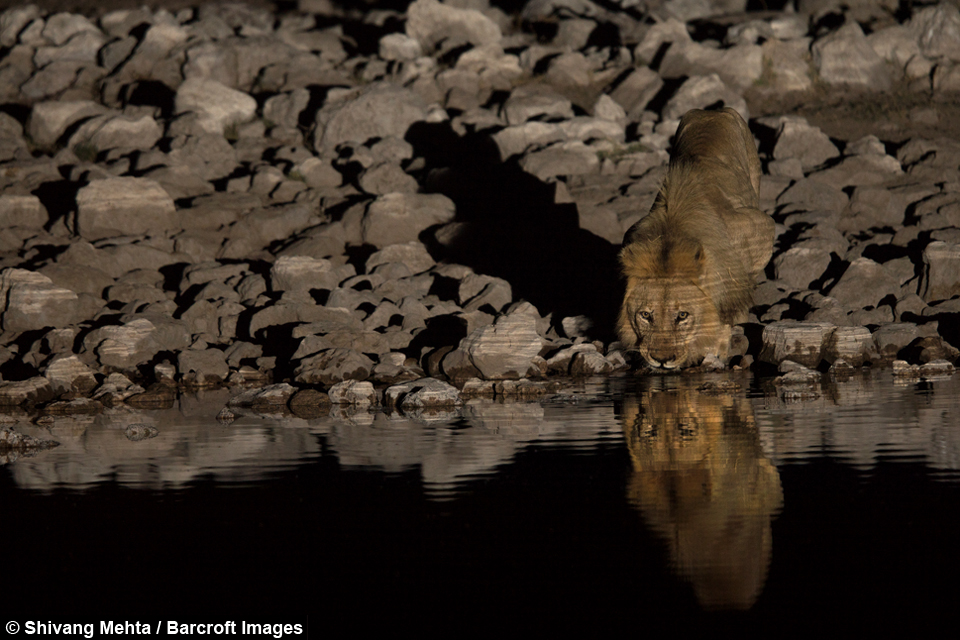 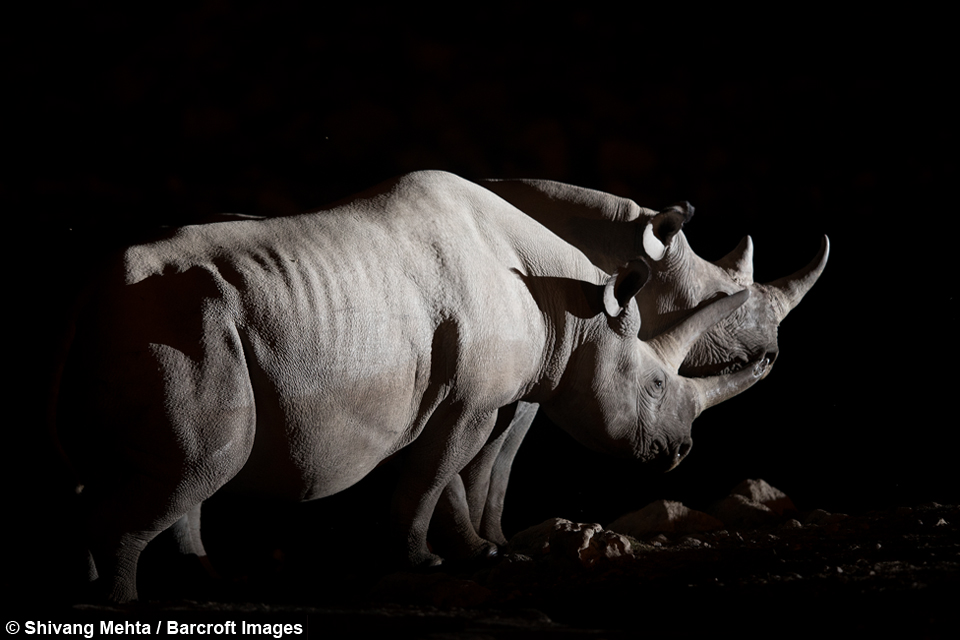 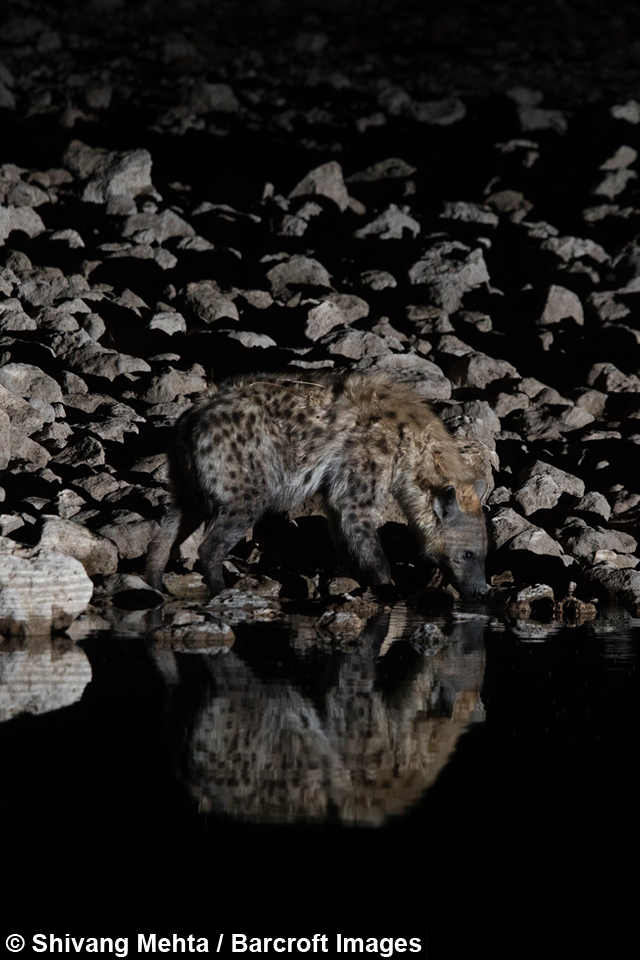 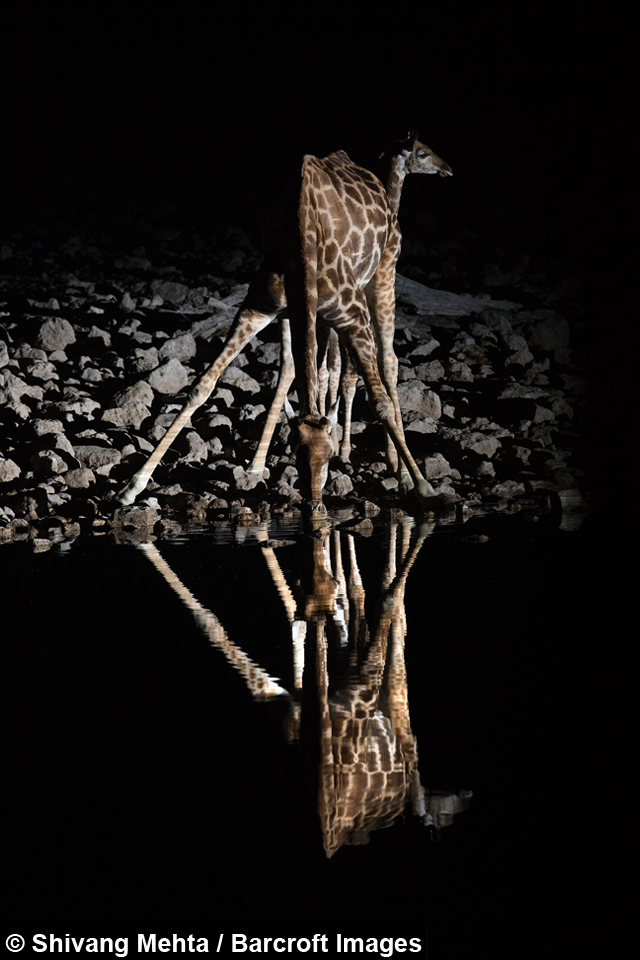 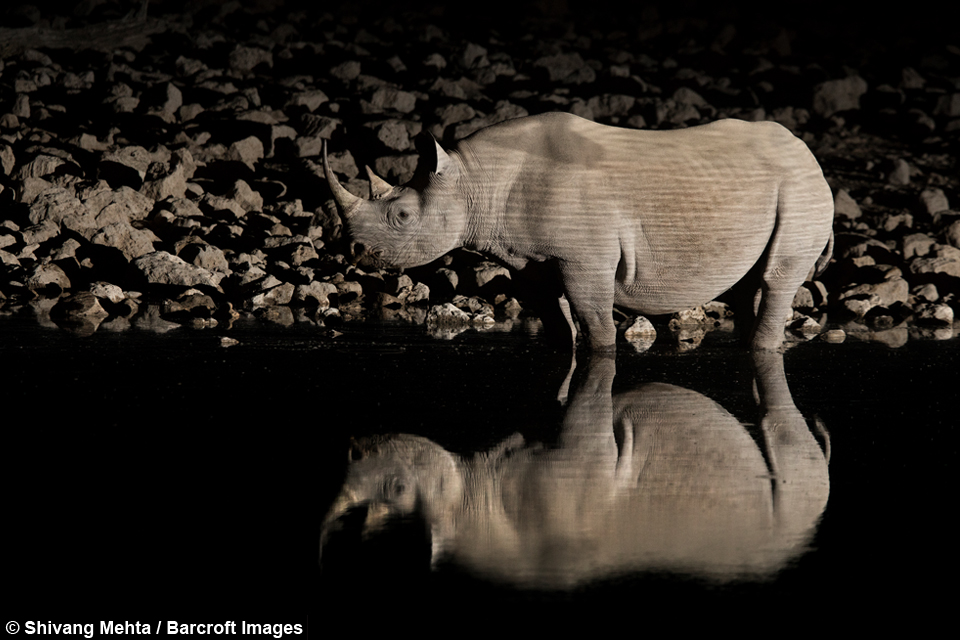 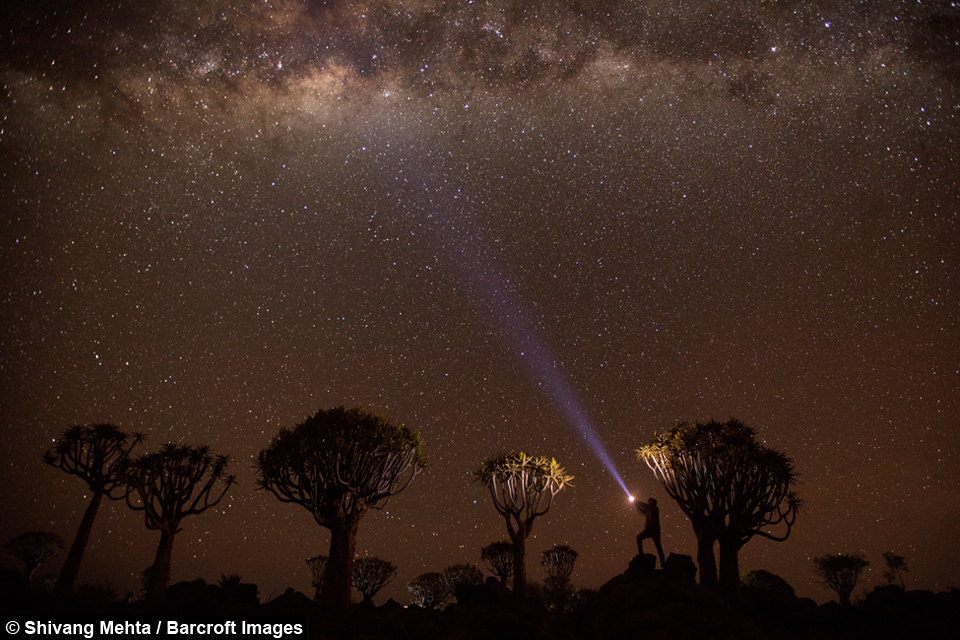