The cyclochila australasian, also knows as the green grocer, is a species of cicada and Australia’s most recognised and loudest insect.

Taken over a period of just under two hours, Australian wildlife photographer Brad Leue caught one cicada shedding its exoskeleton atop a veranda pole.

Using a tripod and torch, Brad documented the transformation in a stop motion consisting of 3,466 photographs.

He said: "In the lead up to the wet season in northern Australia the air becomes filled with the sound of buzzing cicadas.

"The development took place in stages, with breaks of several minutes between each change. I felt the time-lapse process was best suited to capture the pulsating and subtle movements that break the cicada out of its previous state."

When the young cicada nymphs hatch from their eggs, they can burrow up to 8ft underground to suck the liquids of plant roots.

After seven years the nymphs emerge from the earth to begin their transformation into an adult, often leaving the skeletons of their former selves attached to tree trunks, brick walls fences and car tyres.

The photographer said: "I came across this one on a veranda pole just as it was begining its change. I love the vibrant colours that appear from within the exoskeleton as the lime-green cicada emerges.

“The shell that is left behind is dull, dried up and used— with the newly developed cicada decorated in a fresh colourful design ready to find a mate.”

The cicada’s lifespan and transformation has been a fascination since ancient times. Many cultures, such as the ancient Chinese, regarded these insects as powerful symbols of rebirth. 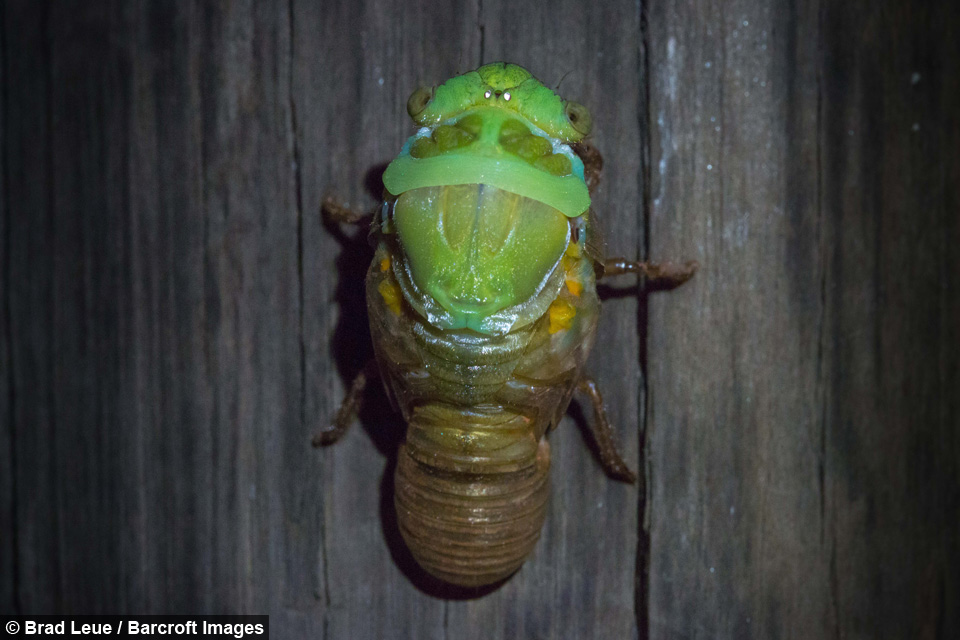 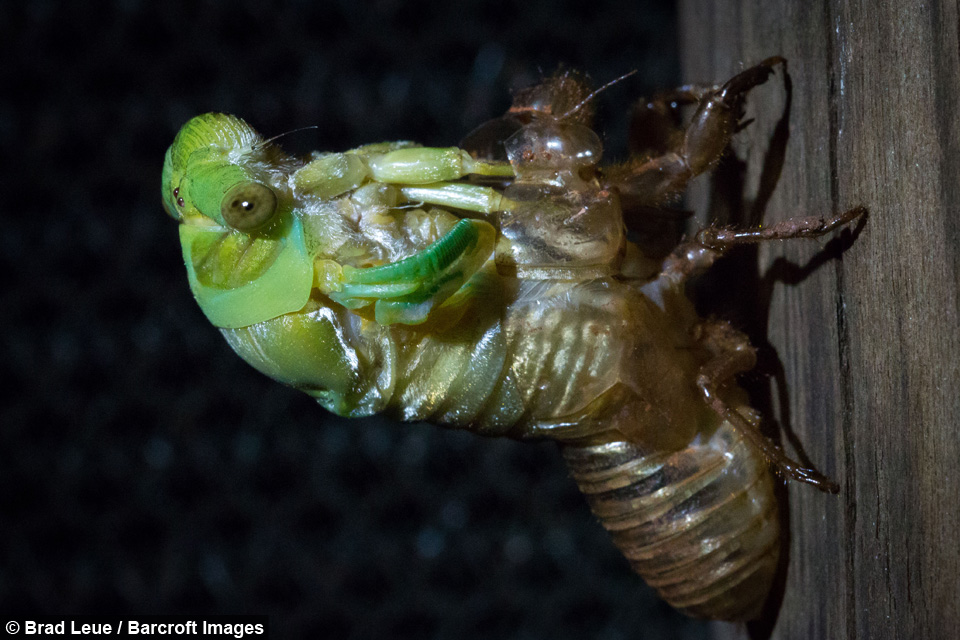 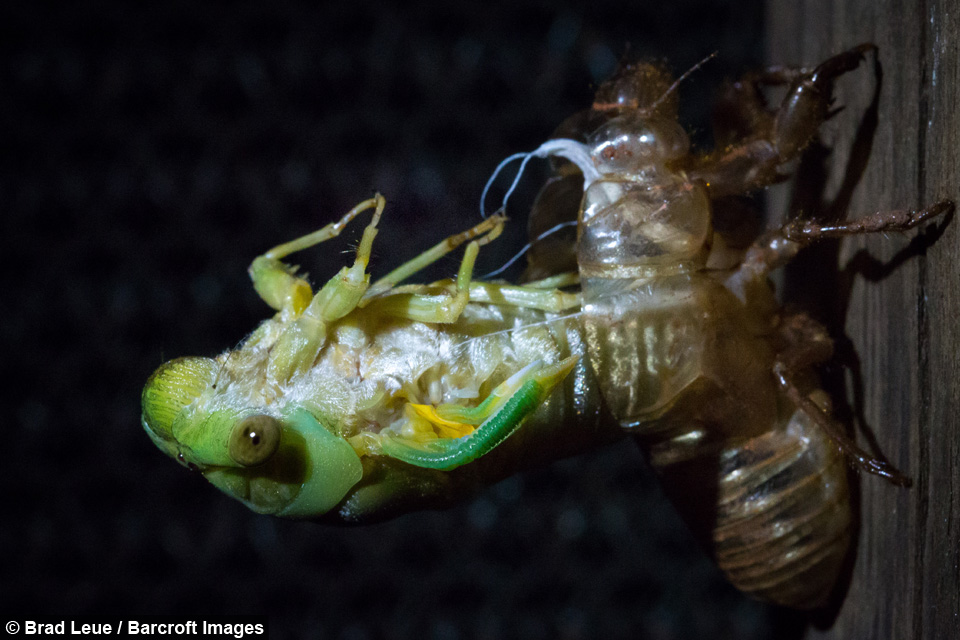 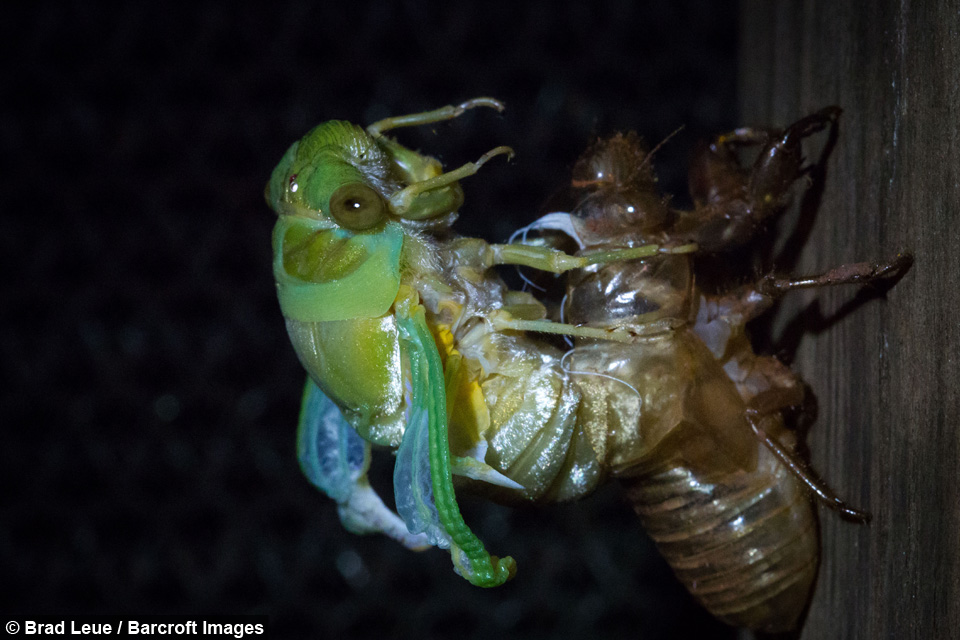 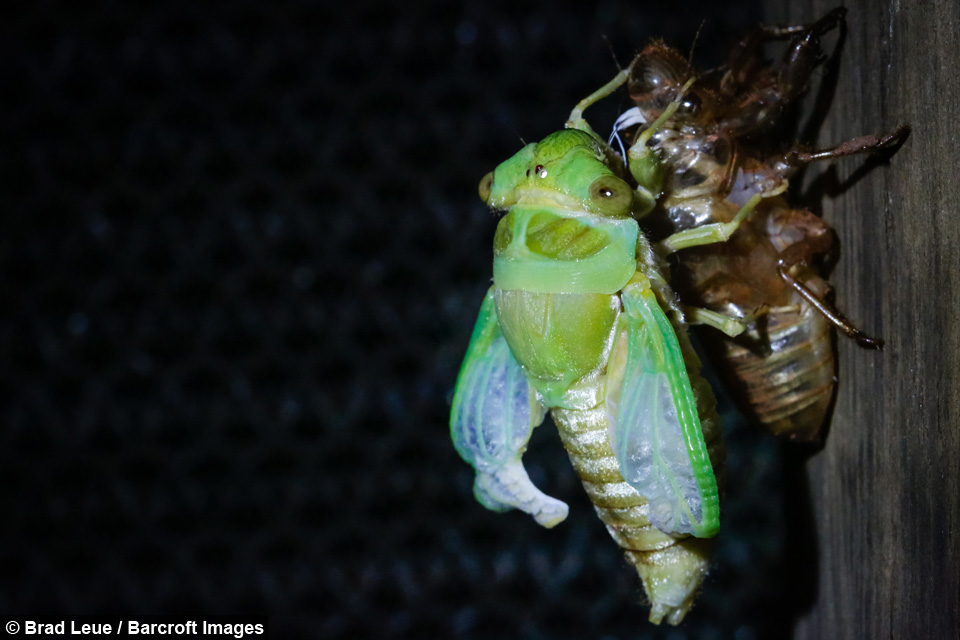 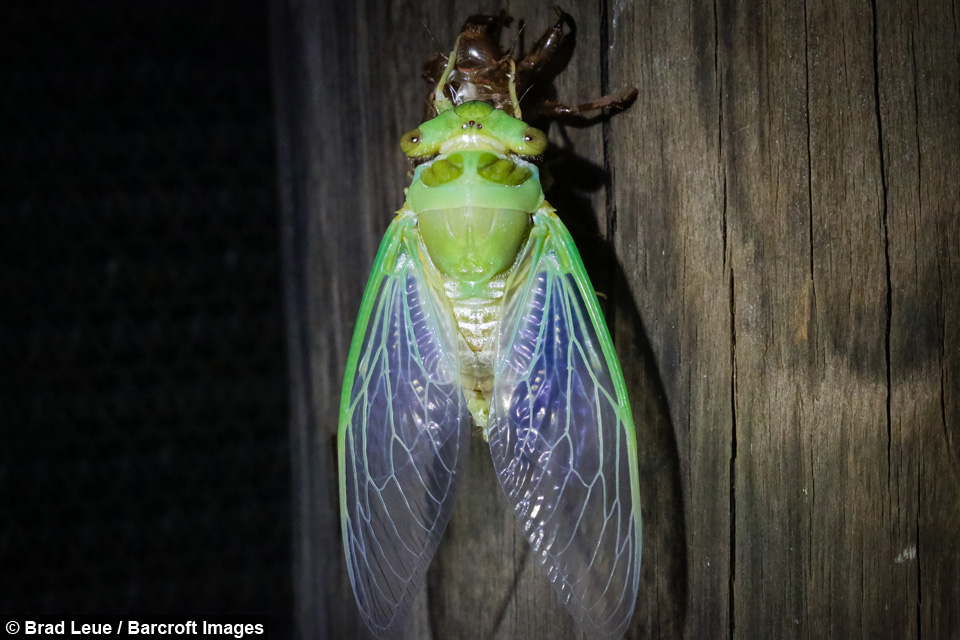