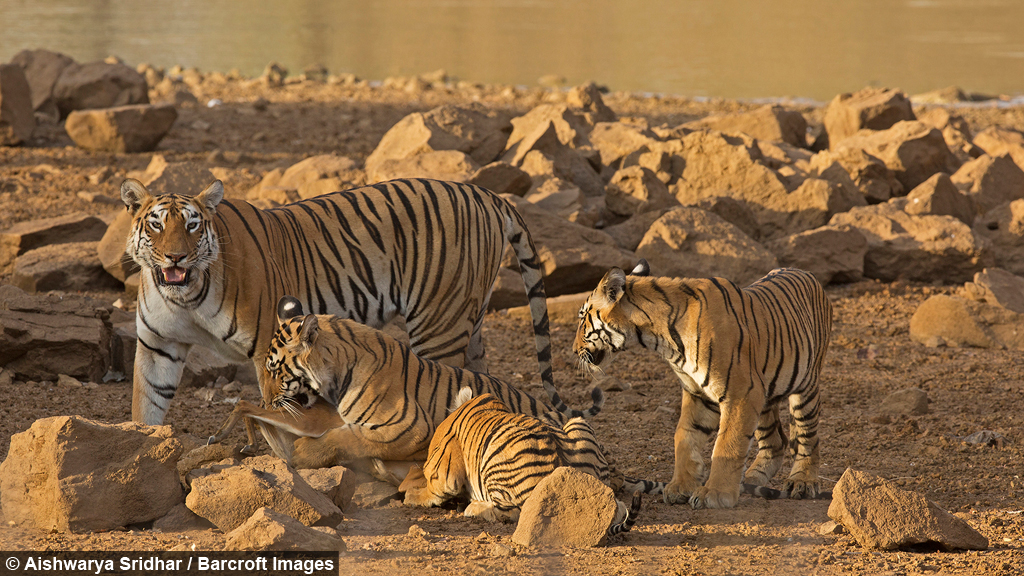 Tadoba Andhari Tiger Reserve, or TATR in short, is known to be one of the best natural habitats for the Bengal Tiger in India. Situated in Maharashtra, it is the state’s oldest and largest tiger reserve.

And in April 2016, Aishwarya waited next to a water hole in anticipation.

She said: “It was around 45 degrees Celsius. I was on the afternoon safari and parked myself next to a receding waterhole as this was known to be frequented by a tigress and her three young cubs. This was also the only source of water in that area, so I was really hopeful.”

As the photographer waited, she caught sight of the other species that had come down to the water - one of them was a lone barking deer, otherwise known as a muntjac.

She said: “As I was taking some shots of the barking deer drinking, a spotted deer gave an alarm call nearby. The barking deer also became alert. I scanned the surrounding grassland and spotted the tigress who had finally arrived with her three eight-month-old cubs. They walked through the grass and sat down. Only one of the cubs and the tigress were visible.

"The barking deer meanwhile had disappeared over the mud bank and almost at the same moment, the tigress walked away deeper into the grass.”

Watching the situation unfolding in front of her, Aishwarya tried to guess the next move of the tigress. Time passed and the forest around her became quiet.

Aishwarya said: “Suddenly a cacophony of alarm calls from peacocks and spotted deer broke the silence and I realised that the tigress was on the prowl. So many things started happening all at the same time it seemed.

"The cub that I could see through the grass was instantly alert. At the same moment, the barking deer, which had gone behind the mud bank, shot out of its hiding place and came face to face with the cub who had walked out into the open.

"It stood motionless. I realised that this was a teaching moment and that the mother tigress must have circled around to drive out the deer towards her cubs so that they can hunt.”

The other two cubs joined in and the mother stood a few feet away.

Aishwarya explained: “She stood there watching over her cubs. As if suddenly encouraged by her appearance, the three cubs pounced on the deer clumsily but eventually managed to get it down.

"The tigress then walked over close to them but did not share the meal. She growled proudly at their achievement on a successful kill and then decided to lie down to rest.”

This was the first hunt that Aishwarya had witnessed and photographed.

She said: “The entire time I felt my spine tingling. This tigress had redefined the word ‘’wild’’ for me and I feel blessed to have witnessed nature unfold like this in front of my eyes.” 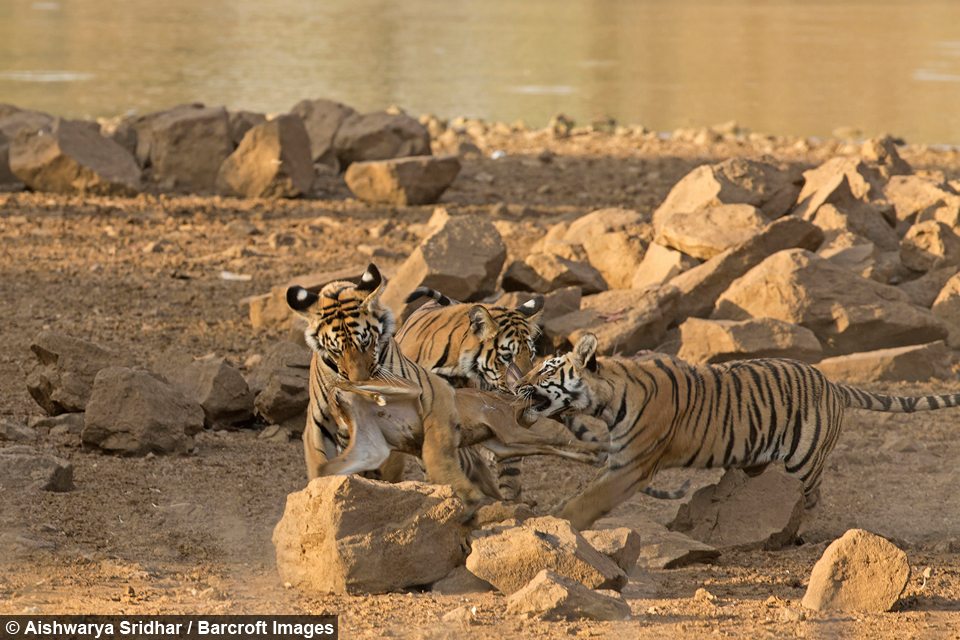 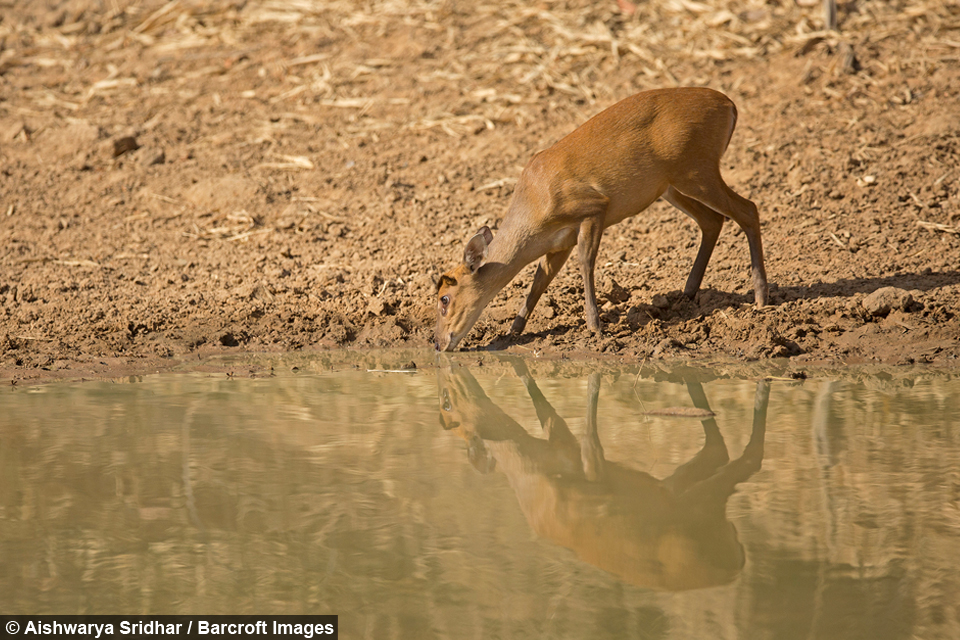 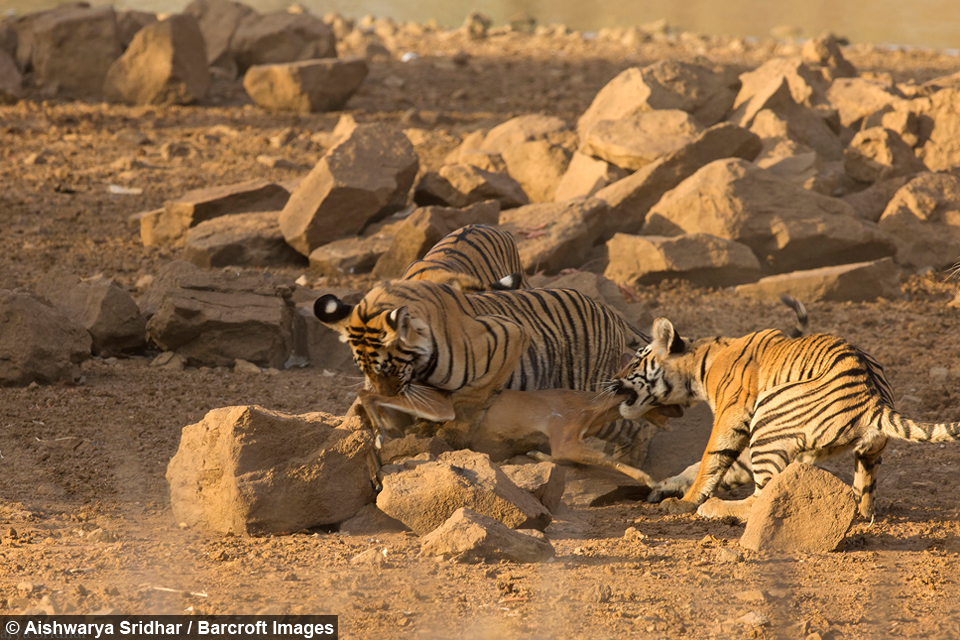 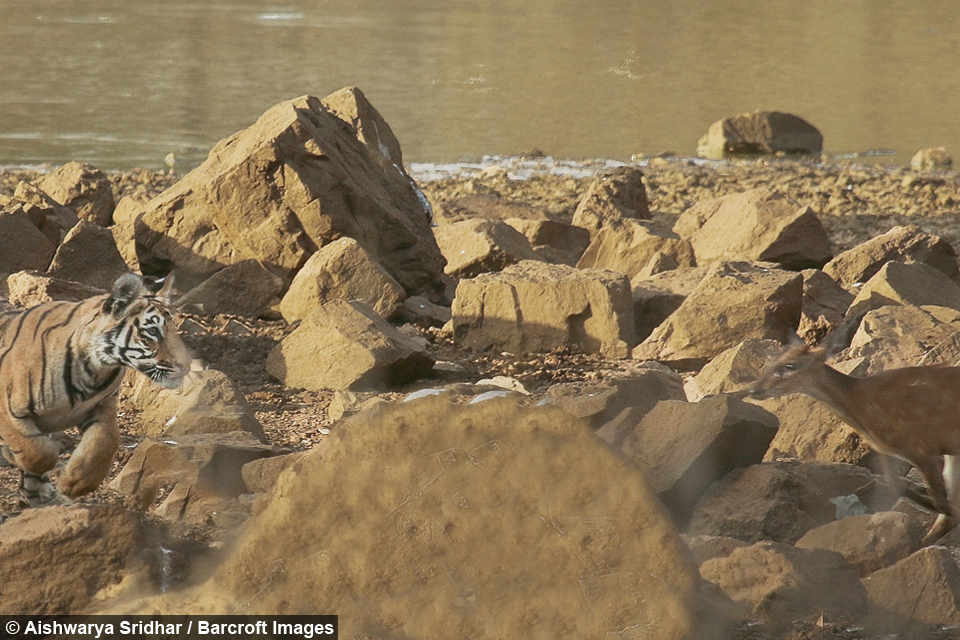 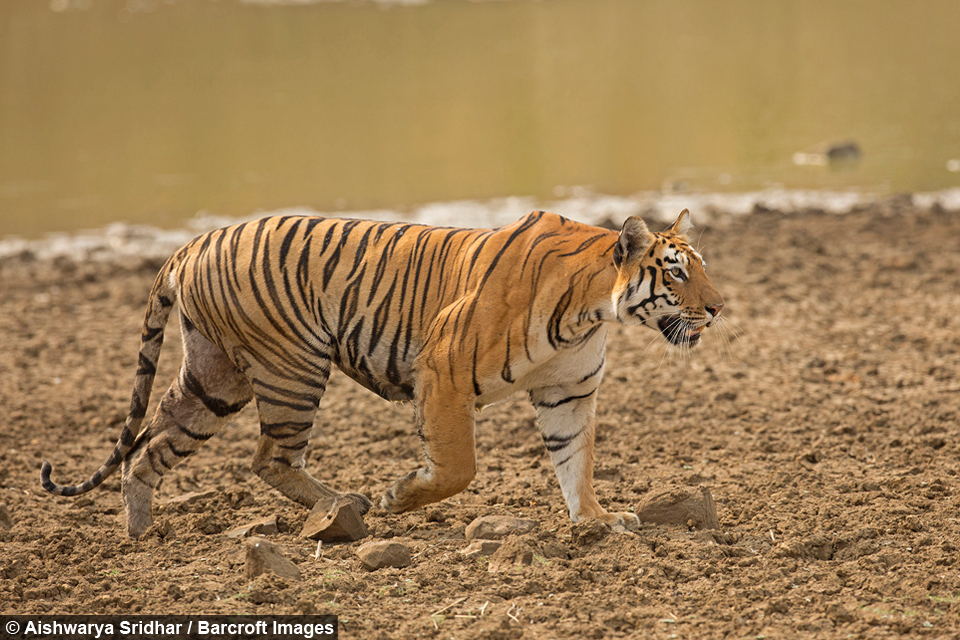 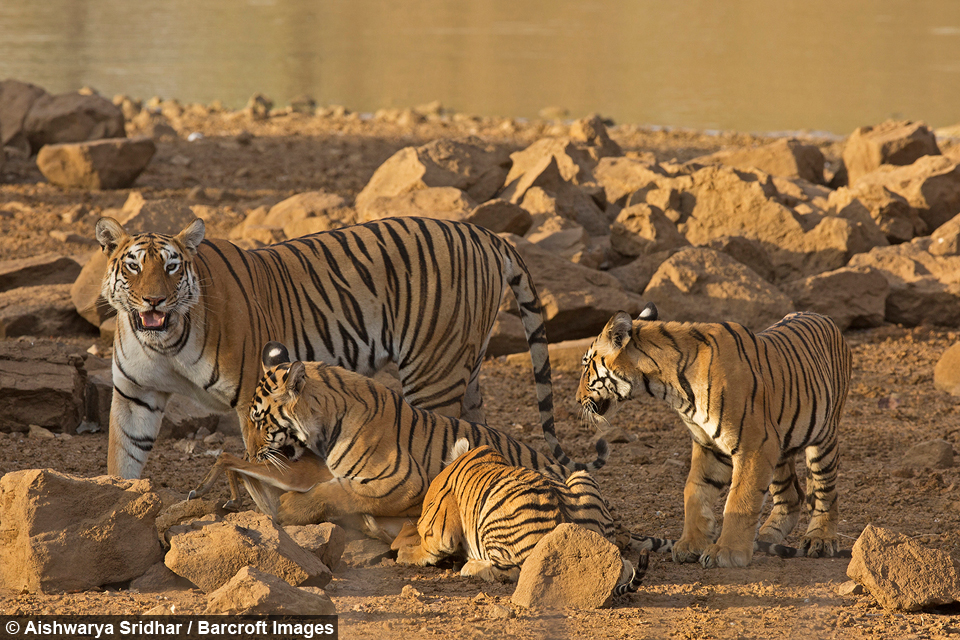 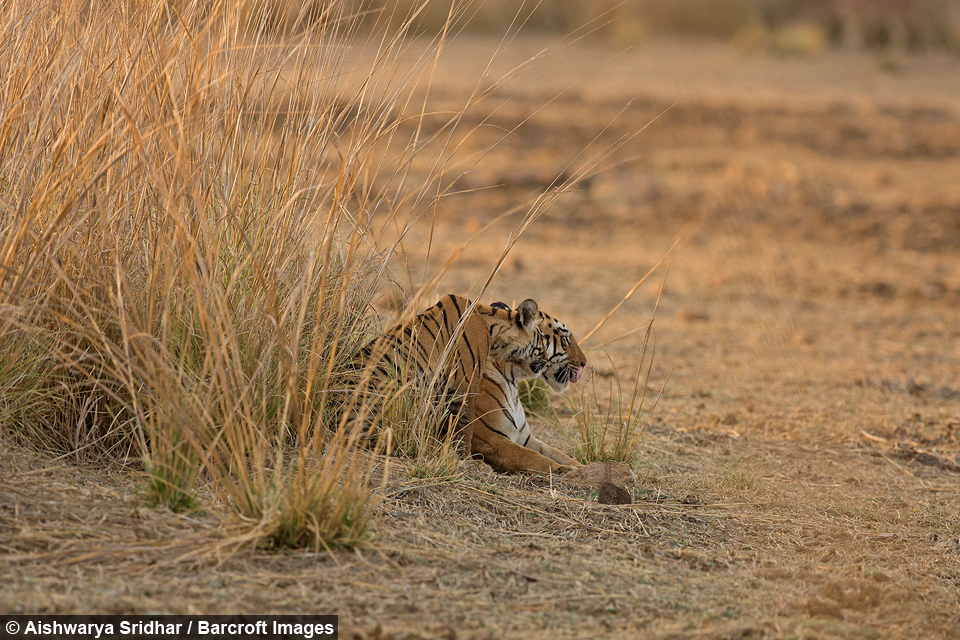