The unique looking grass snake was found by retiree Josip Vranic in his garden in Kravarsko, Croatia, a small town just outside Zagreb.

He said: “I found the snake at my home behind the garage, she was sunbathing on the concrete floor.

“I was surprised and confused, I couldn't believe that I just found something so rare.”

Quick thinking Josip managed to put the snake in a small basket before inviting his friend Vedran Glavan, 46, to film the odd looking animal.

Vedran said: “People who have seen the snake in our video don’t believe that it’s real, some of them even think this is some sort of computer trick.”

Two-headed snakes are quite rare in the wild and come about when a developing embryo begins to split but stops part way - a condition known as polycephaly.

Survival rates for the snakes in nature are quite low as they are easy prey for predators due to their poor coordination and limited movement.

With this in mind Josip and Vedran decided to take the snake to their local zoo giving it the best chance of survival.

Josip said: “My idea was that other people can see the snake and that she lives as long as possible under professional supervision. 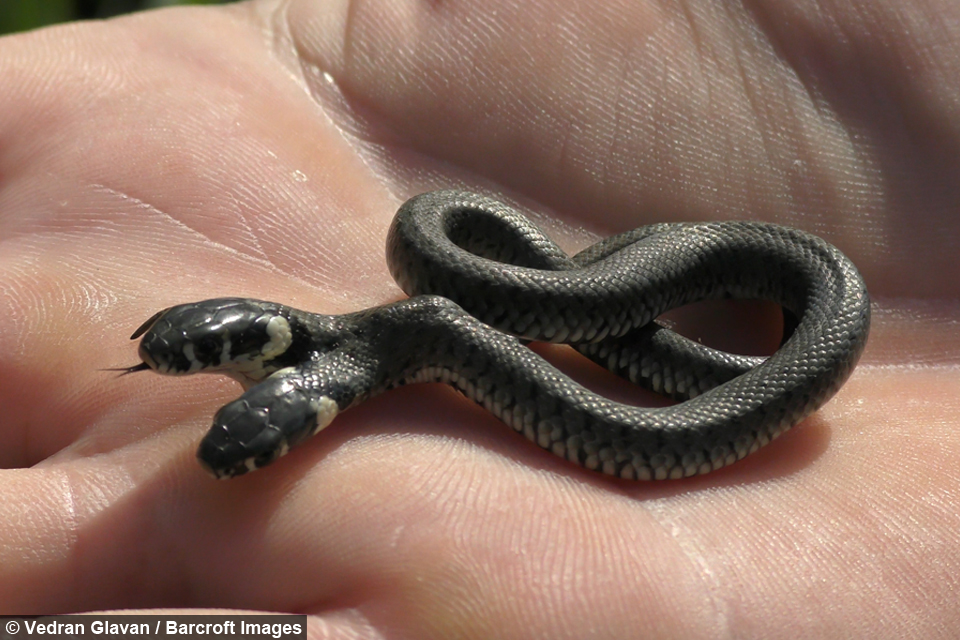 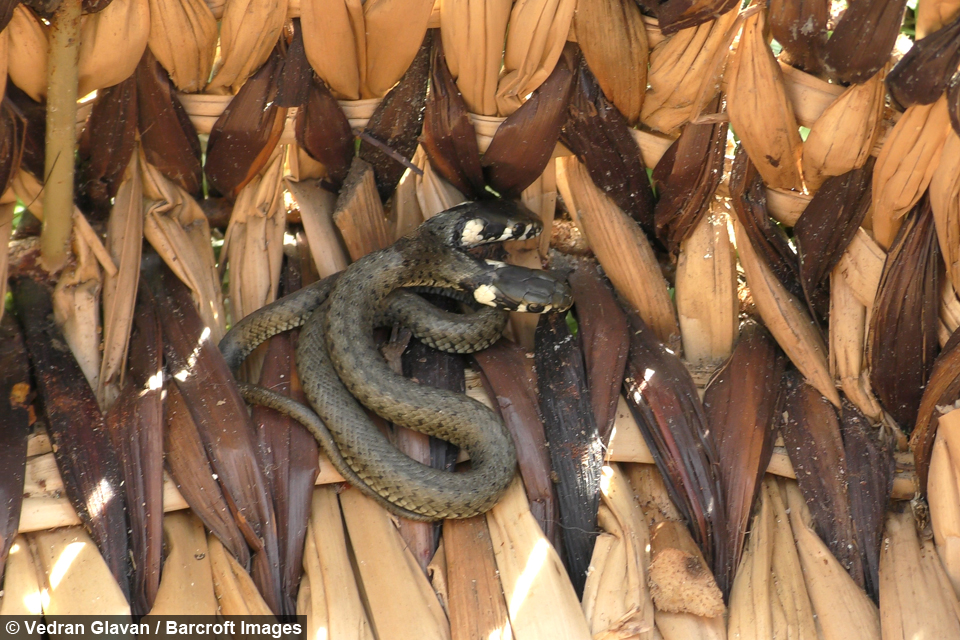 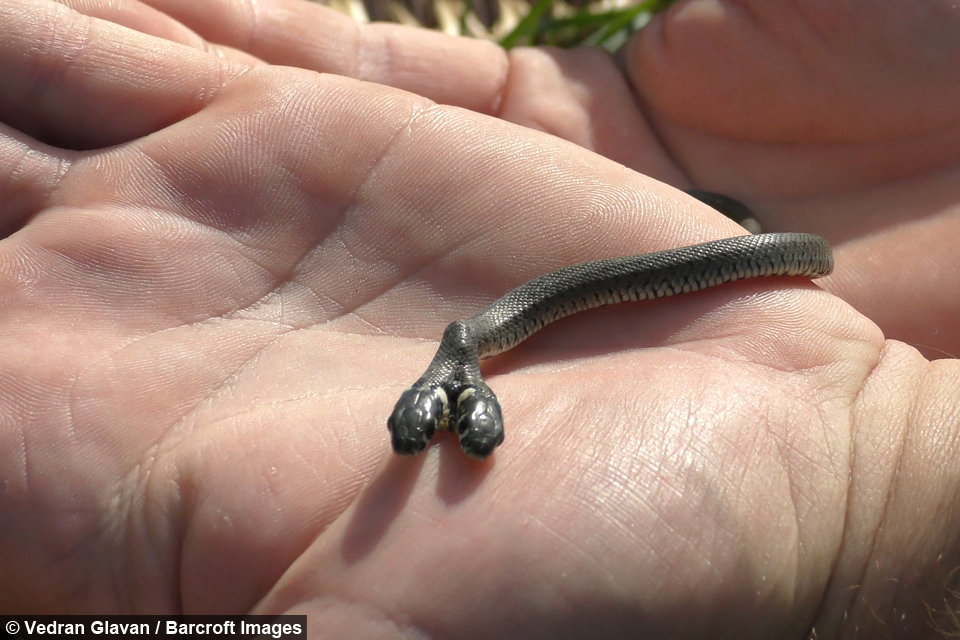 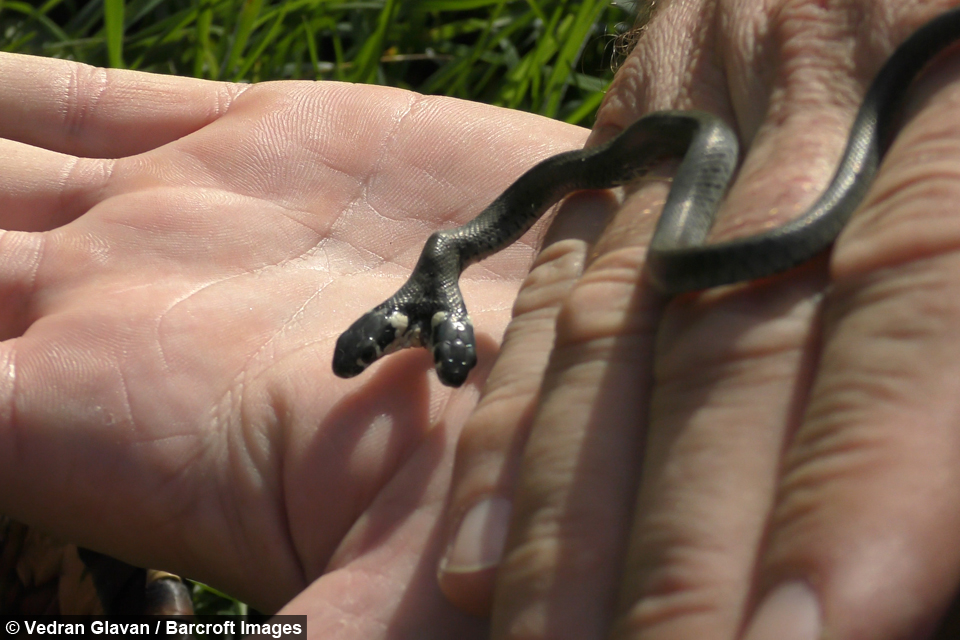 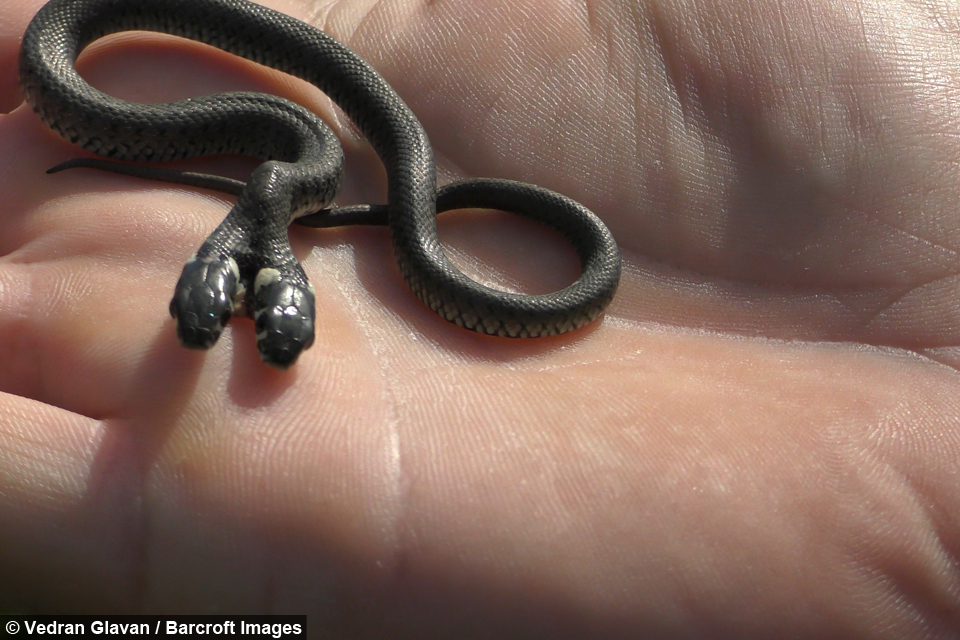 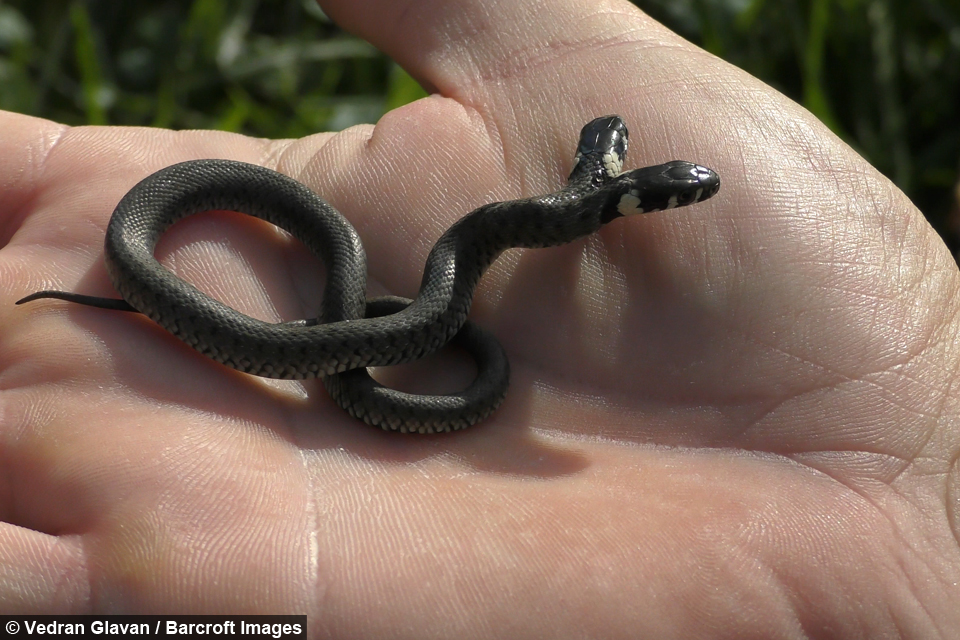