Battle of the Bulls: Angry Hippos Get Into Brutal Fight In South Africa

This brutal fight between two male hippos in South Africa’s iSimangaliso Wetland Park was captured by nature guide, Stacey Farrell at the end of a long safari tour.

Known to be the most dangerous mammal in Africa, hippos have incredibly short tempers and, if initial vocal intimidation doesn’t work, the large animals will fight it out until one submits or is killed.

Stacey said: “We were on our way back to the jetty when I noticed tension between two hippos.

“We stopped the boat a distance away and you could hear the loud unhappy calls they were making. One of the hippos is the dominate male from this family which we regularly visit on the safari boats.”

It is thought that tensions were high as there are three baby hippos in this pod and it’s not uncommon for younger bulls to kill the new arrivals.

Stacey, 32, said: “This pod of hippos had just had three newborn babies, so tensions were very high with the dominate male attacking young sub adult males.”

In the dramatic footage, the dominate hippo can be seen attacking the younger bull, lifting him out of the water and pushing him back down, in a display of supremacy.

The nature guide said: “These animals don’t play around, they fight to the death if the need is there.

“The dominate male lifted the young bull out the water, pushing him back down.”

Unfortunately for the younger, smaller male he re-entered the water at an angle exposing his left side.

Stacey added: “The dominate bull was able to bite down hard and got his lower right tusk deep into the chest of the smaller hippo.

“You could hear the younger male was in intense pain, calling out as he tried to break free but he was also getting very weak.

"At the end, when it was dark there was a burst of energy from the younger bull and he pushed himself out the water."

The younger male was badly injured during this fight and unfortunately has not been seen by Stacey or her team since.

She said: “We followed the young male from a distance until he made it to shore, sadly we have not seen him since.

“He possibly died from injuries or is hiding in the reeds from the dominate male.”

Battle of the Bulls: Angry Hippos Get Into Brutal Fight In South Africa 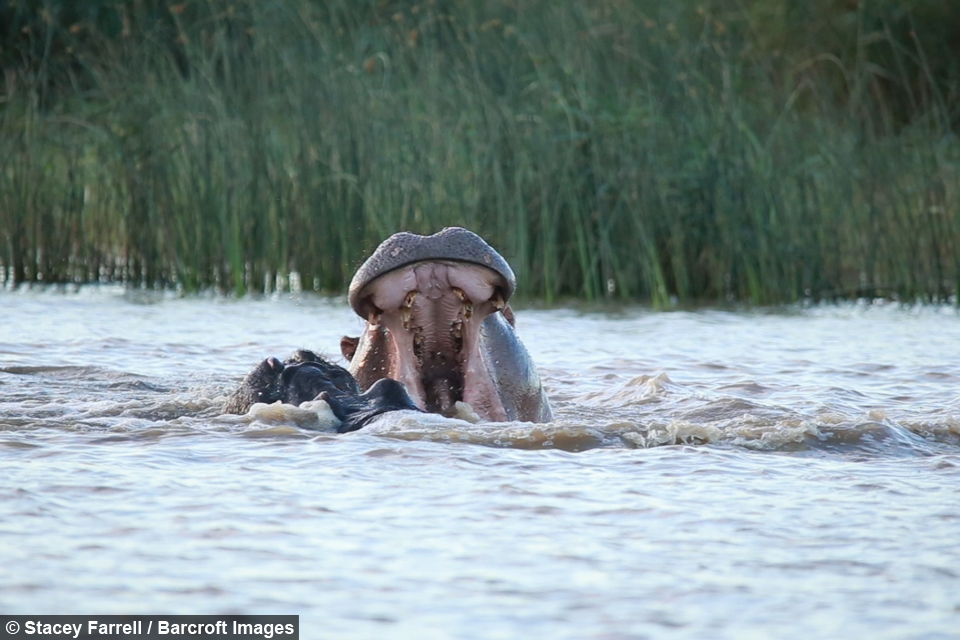 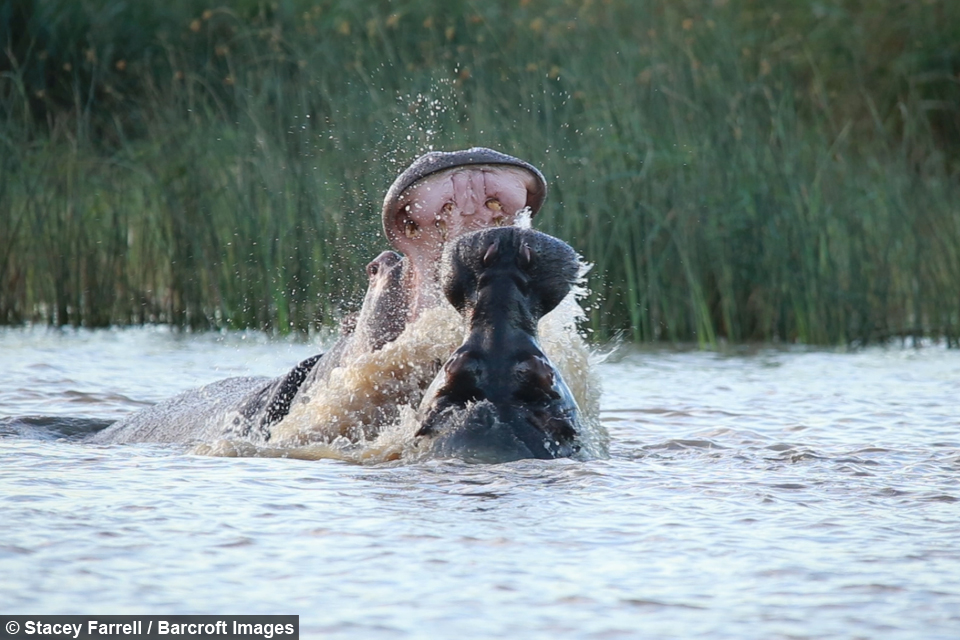 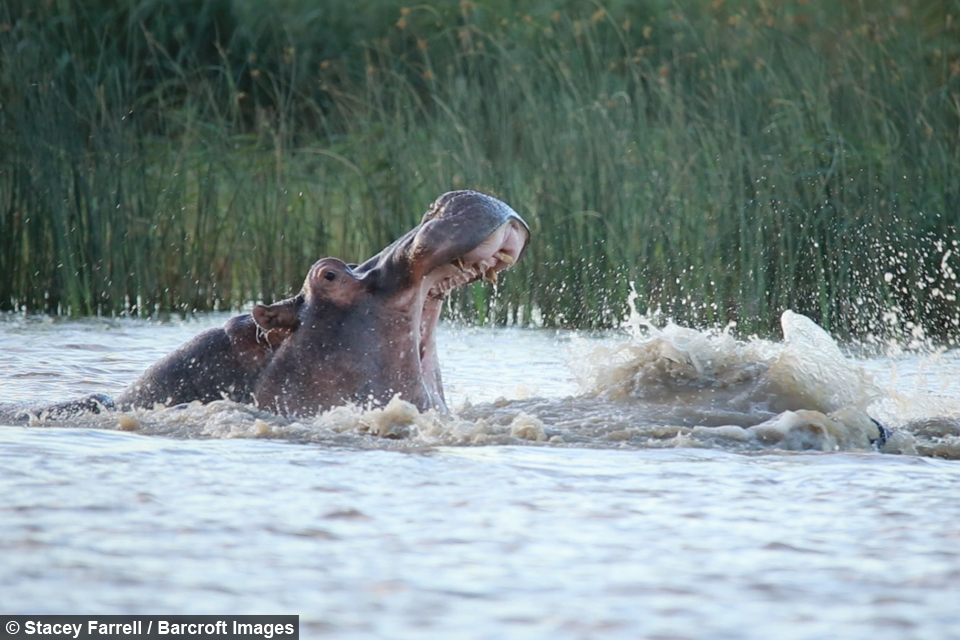 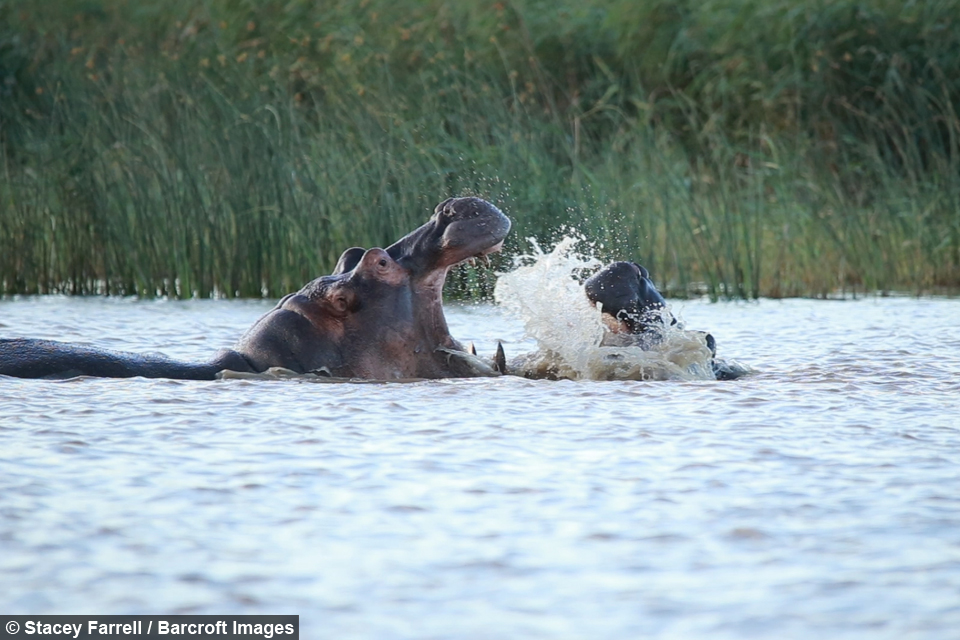 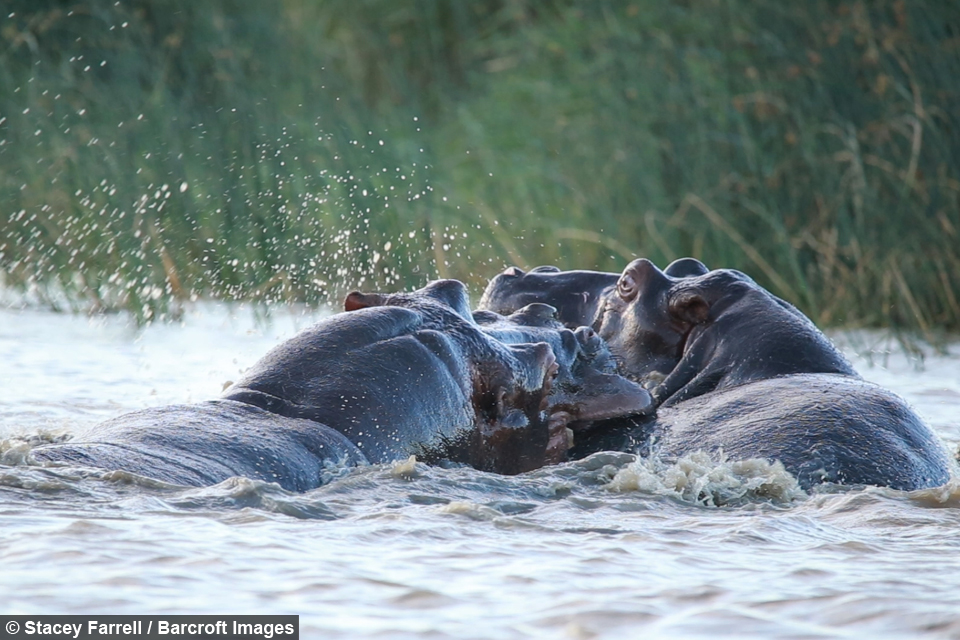 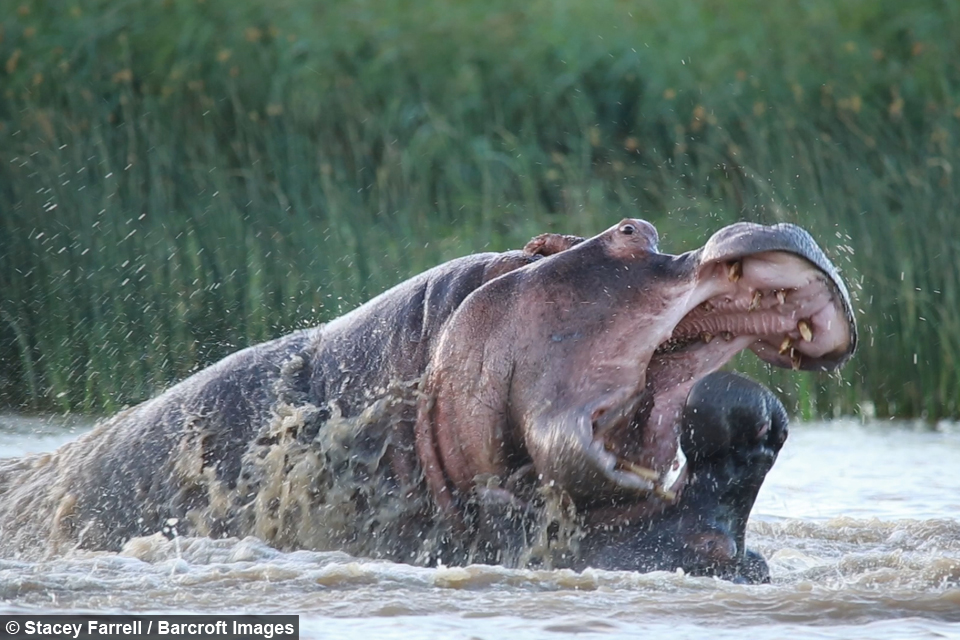