Visiting the Ngorongoro area of the southern Serengeti in the months of February and March, it is likely to see numerous wildebeest births, as photographer Yulia Sundukova discovered.

February marks the start of the great migration, and almost 500,000 wildebeest calves are born within a two-week period.

The huge volume of calves are born in sequence as this results in a lower percentage of the wildebeest young to be caught by predators.

An expectant wildebeest cows’ labour will last 30 minutes to one hour, and happens in the centre of the grassy plains.

The newborn calf gains co-ordination faster than any other hoofed mammal. It is able to run with the herd within five minutes and able to outrun a lioness shorty after.

Each mother is able to recognise her calf by scent, however mix-ups and lost young occur due to the baby's instinct to follow anything that moves, including predators.

It's the mother wildebeest’s responsibility look after her calf for the first few days, to ensure the calf is imprinted on her and isn’t separated.

Witnessing the calving season, the photographer gained a deep insight into wildebeest mothers and their behaviour.

She said: "After spending days with wildebeests while they giving a birth and later, their crossing through the Mara river, I can just say they have nothing even close with the reputation 'stupid animals'.

"Every mother was special, with different behaviour by herself and to her calf.” 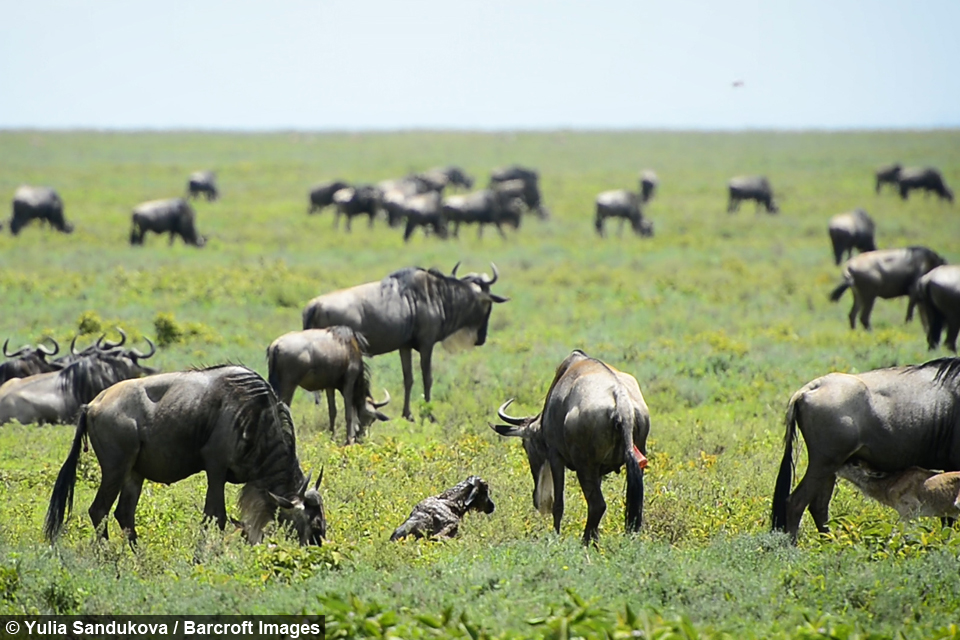 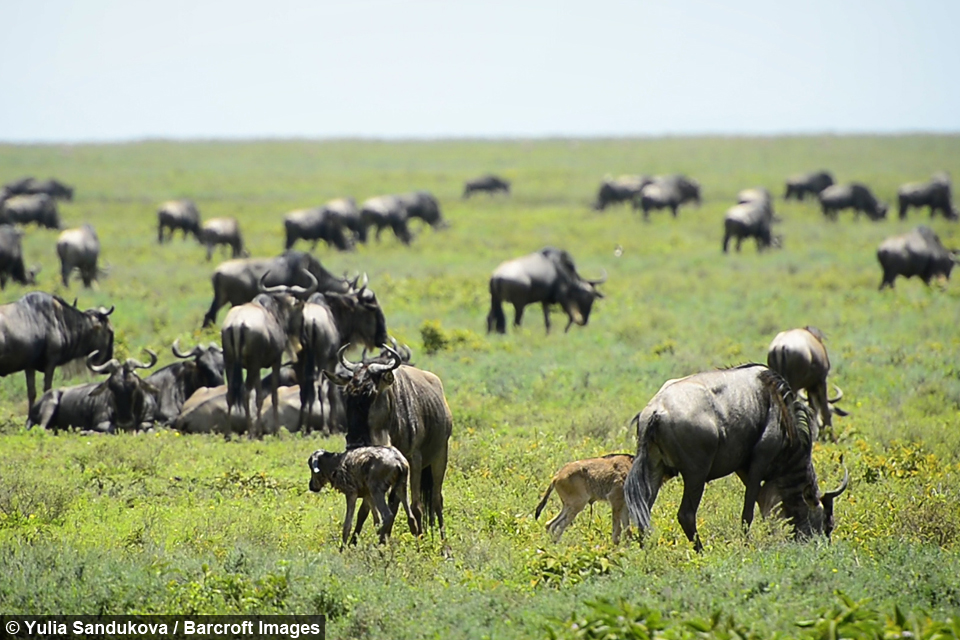 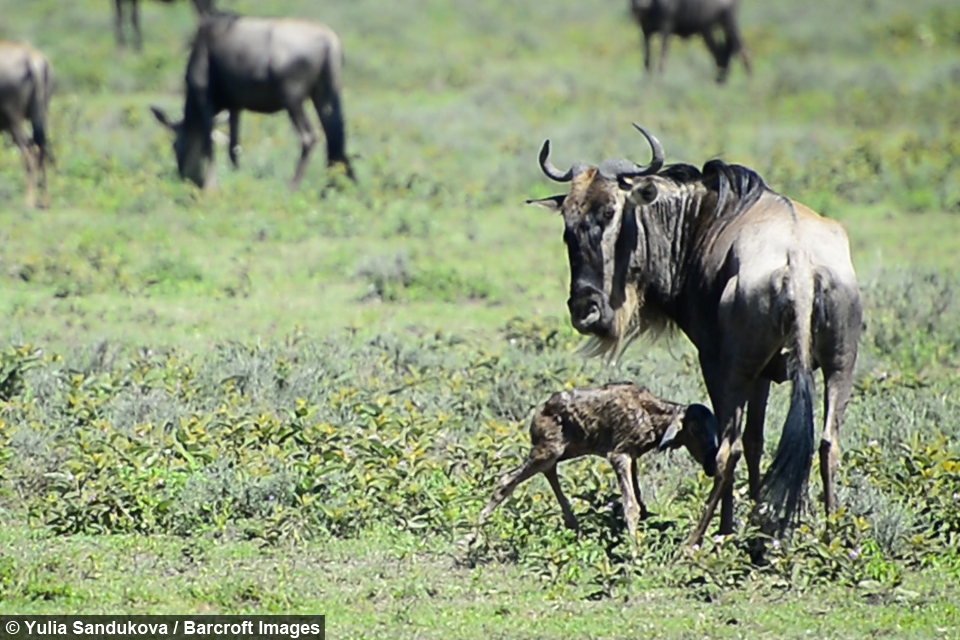 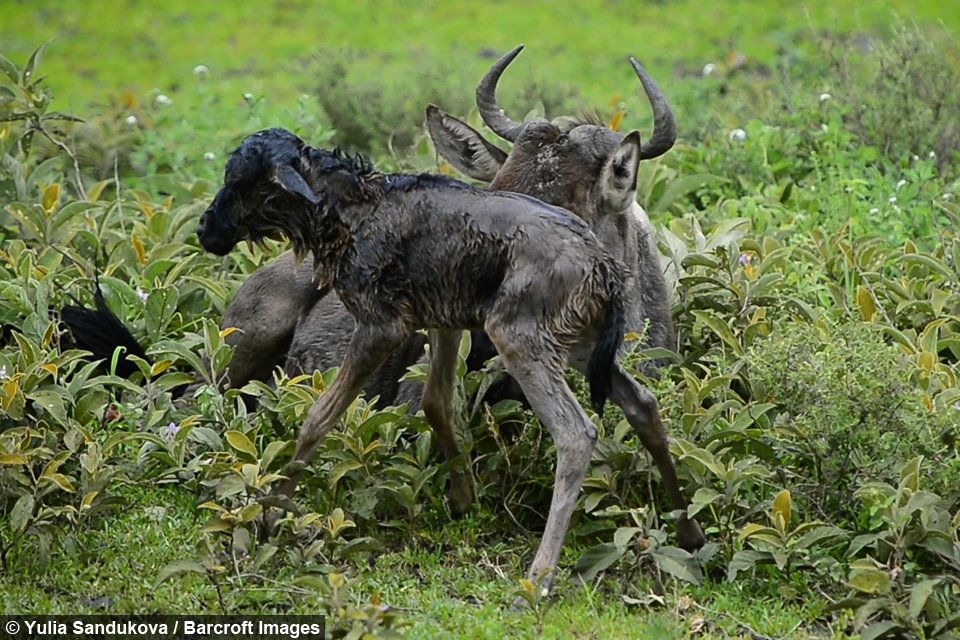 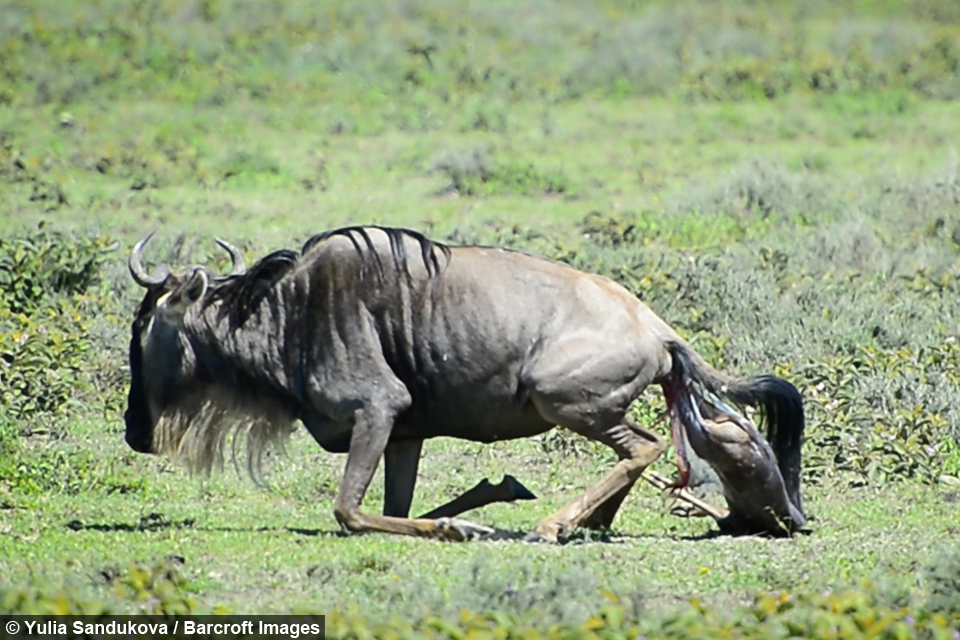 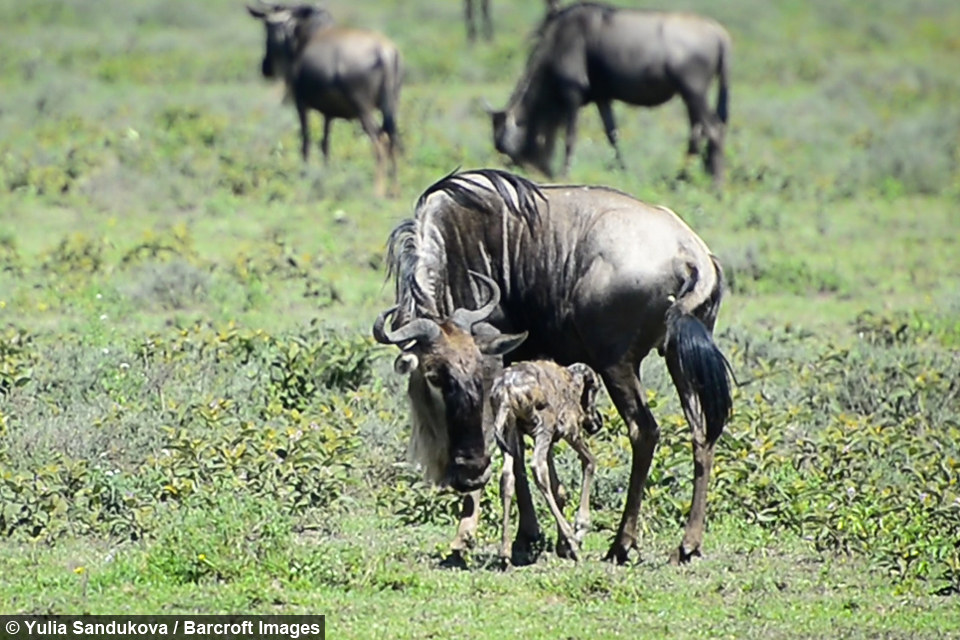 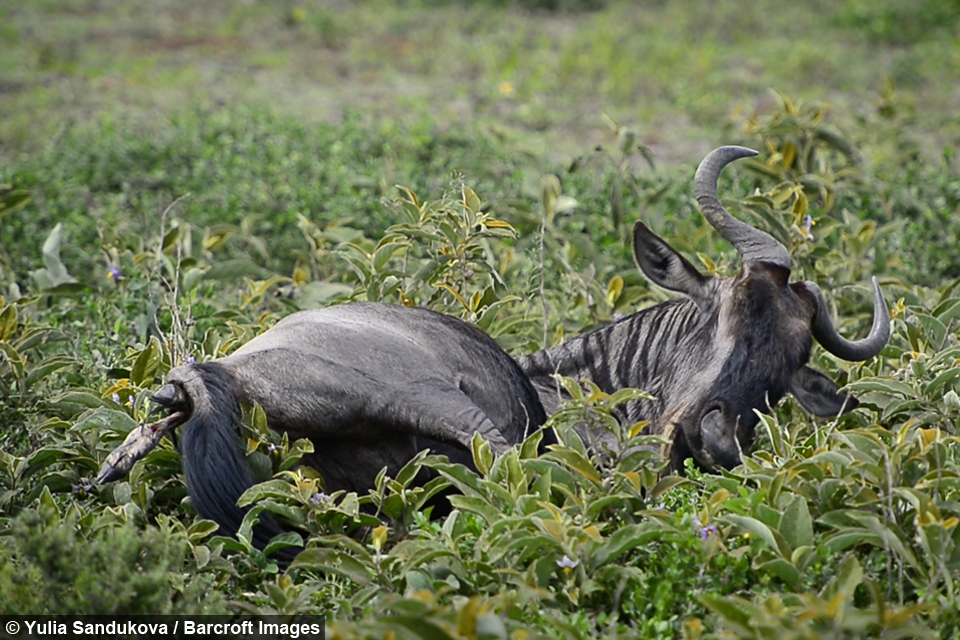