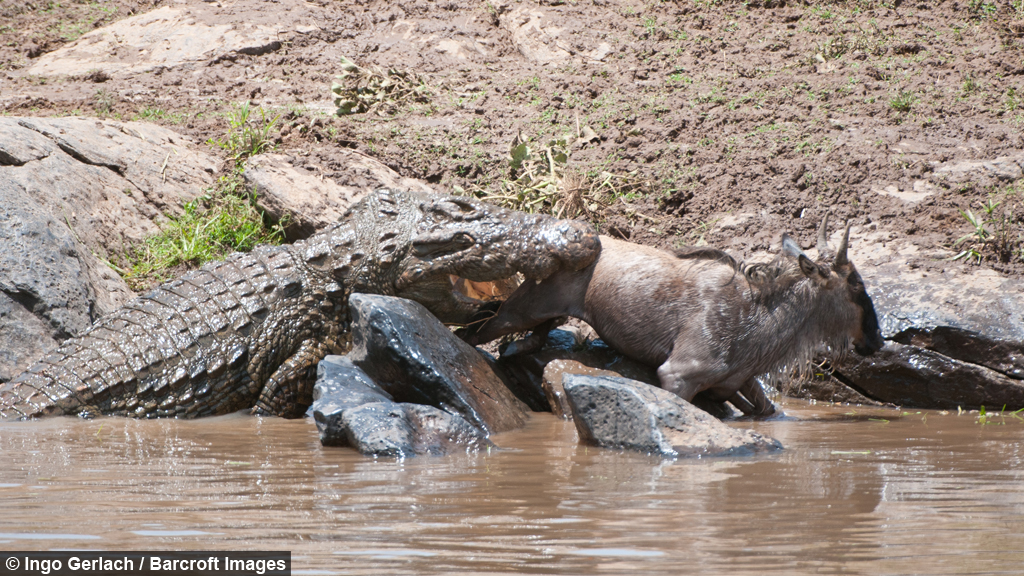 The vulnerable calf got caught between two rocks as the herd crossed the Mara River, Tanzania.

German photographer Ingo Gerlach witnessed the dramatic scene from the other side of the river on March 16, 2017.

He said: "The calf was heading towards certain death. It was screaming for his mother, but she was sadly out of sight."

Crossing the Mara River is part of the wildebeests' annual migration, where thousands of animals migrate to the greener pastures of the Maasai Mara National Reserve in Kenya from July to October.

Wildebeest arrive at the Mara River in their tens of thousands, and gather waiting to cross, aware of the risks and dangers.

It is thought that up to 1.5 million wildebeest are believed to make the journey every year, and the river crocodiles lie waiting to snatch the weakest of the herd.

Ingo said: "As expected, a crocodile approached quickly and the calf's battle for survival began. It was an unequal struggle.

"The first crocodile had settled on the calf's trunk as the second crocodile approached. The death of the wildebeest calf lasted about thirty minutes." 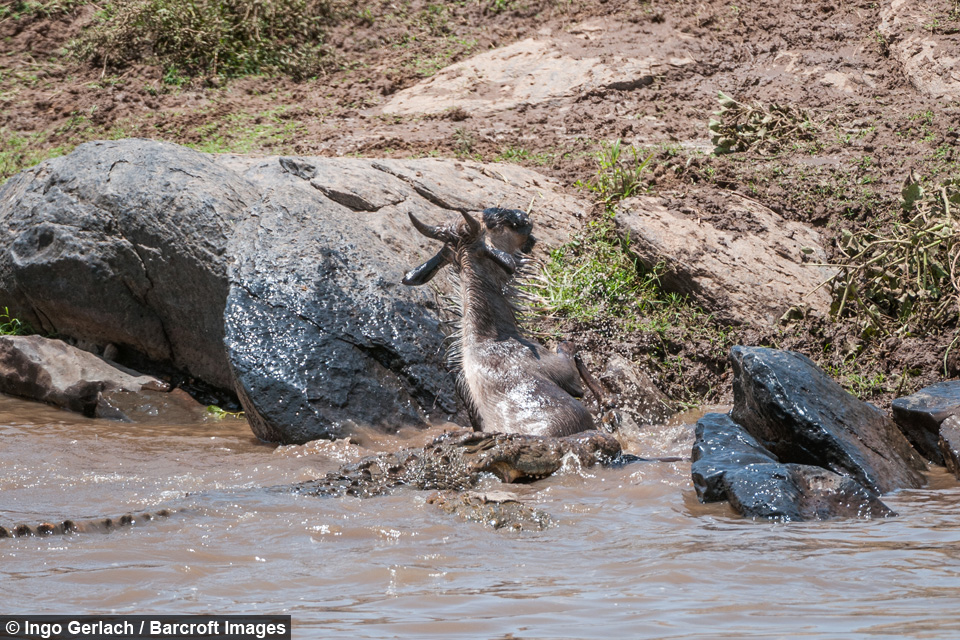 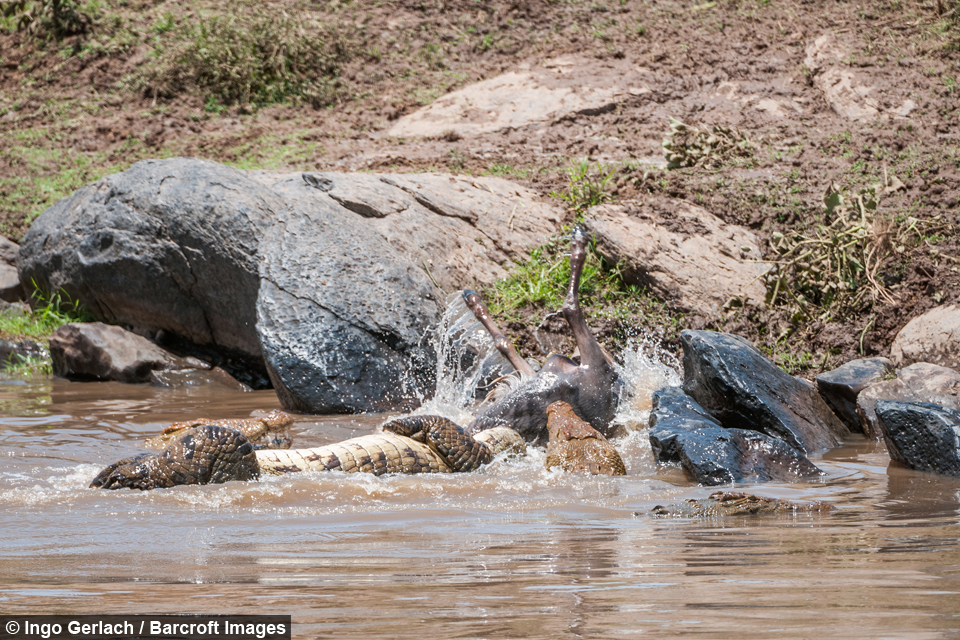 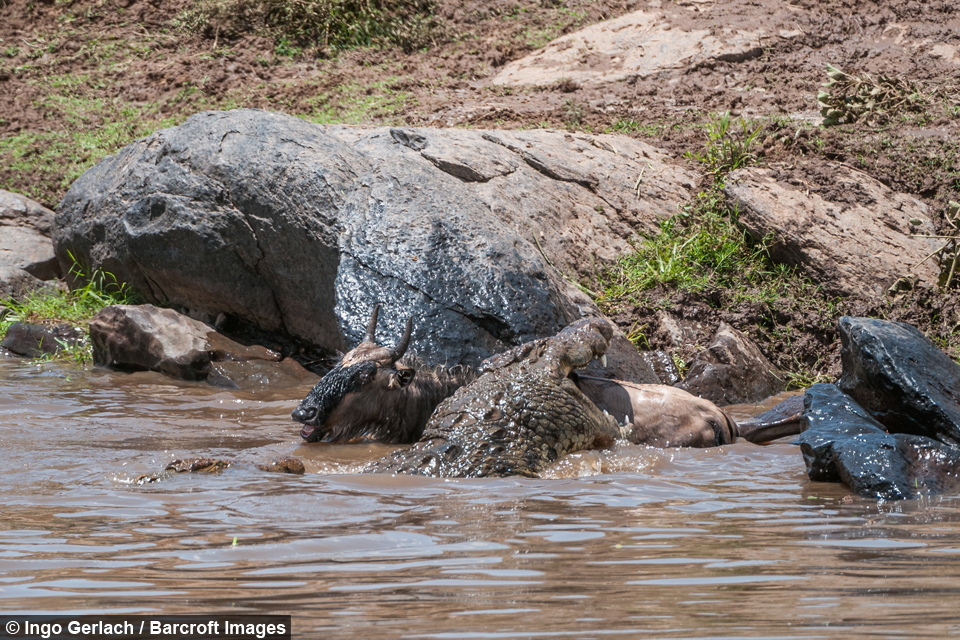 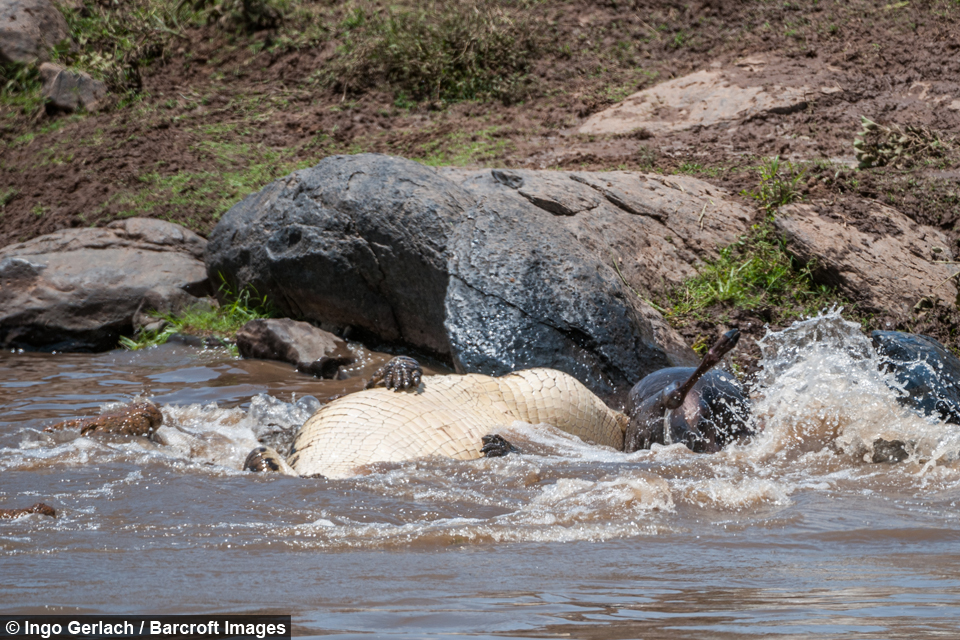 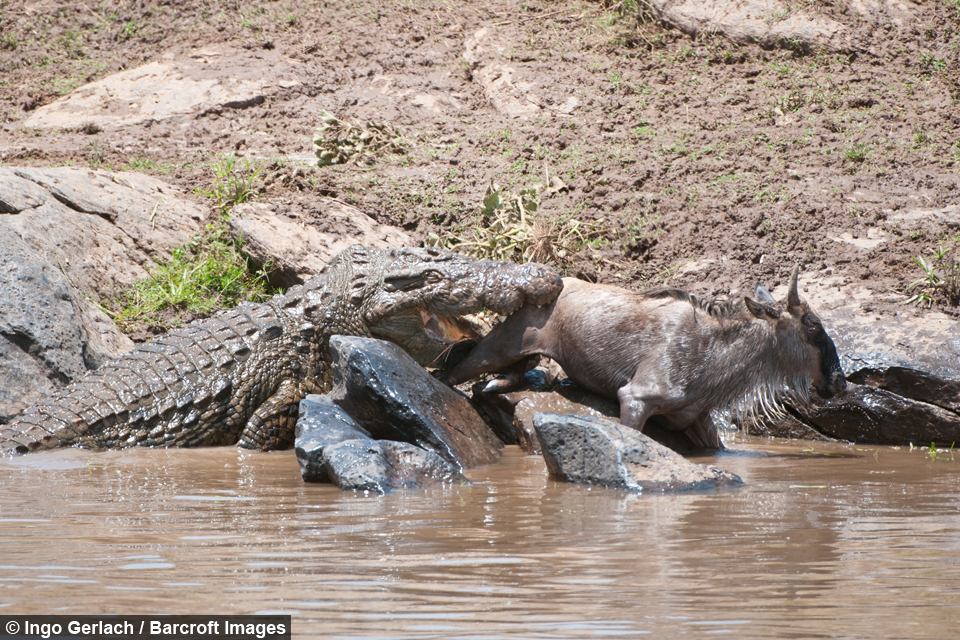 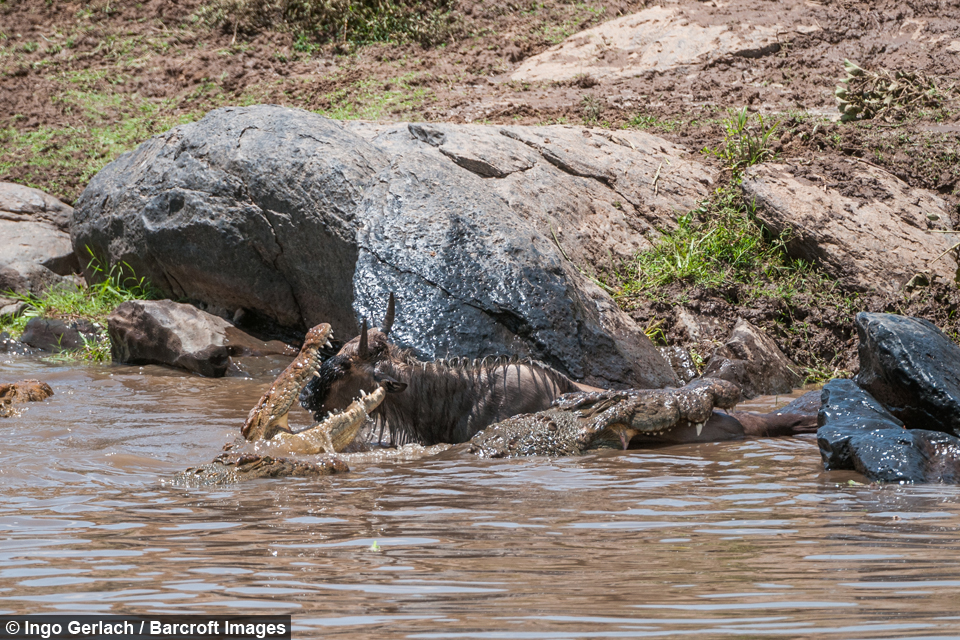